Presentation of the mod "Nobility deprivement!" .

FOR WHEN THEY DESERVE IT!

This mod provides you with the chance of depriving your foe of their nobiliary title making them lowborn. Of course, to avoid exploitation and to maintain a balanced game there are restriction on when you can use it and on whom you can use it.

To be able to use this targetted decision, the player must:

While the targetted character must:

The decision will also comport a big opinion malus.

As any not-graphical mod it will not be compatible with achievements, even in Ironman!.

Since it does not edit directly any files, it should be compatible with almost any other mods! 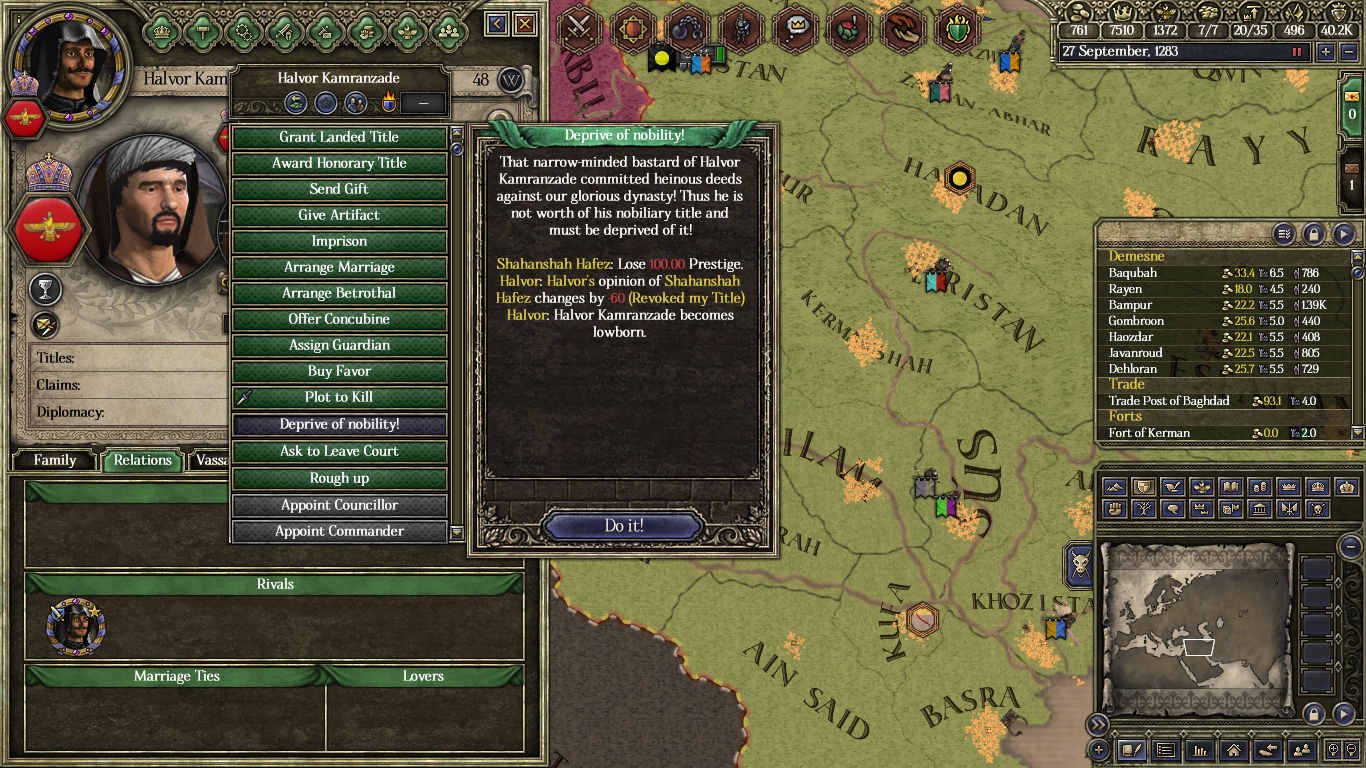 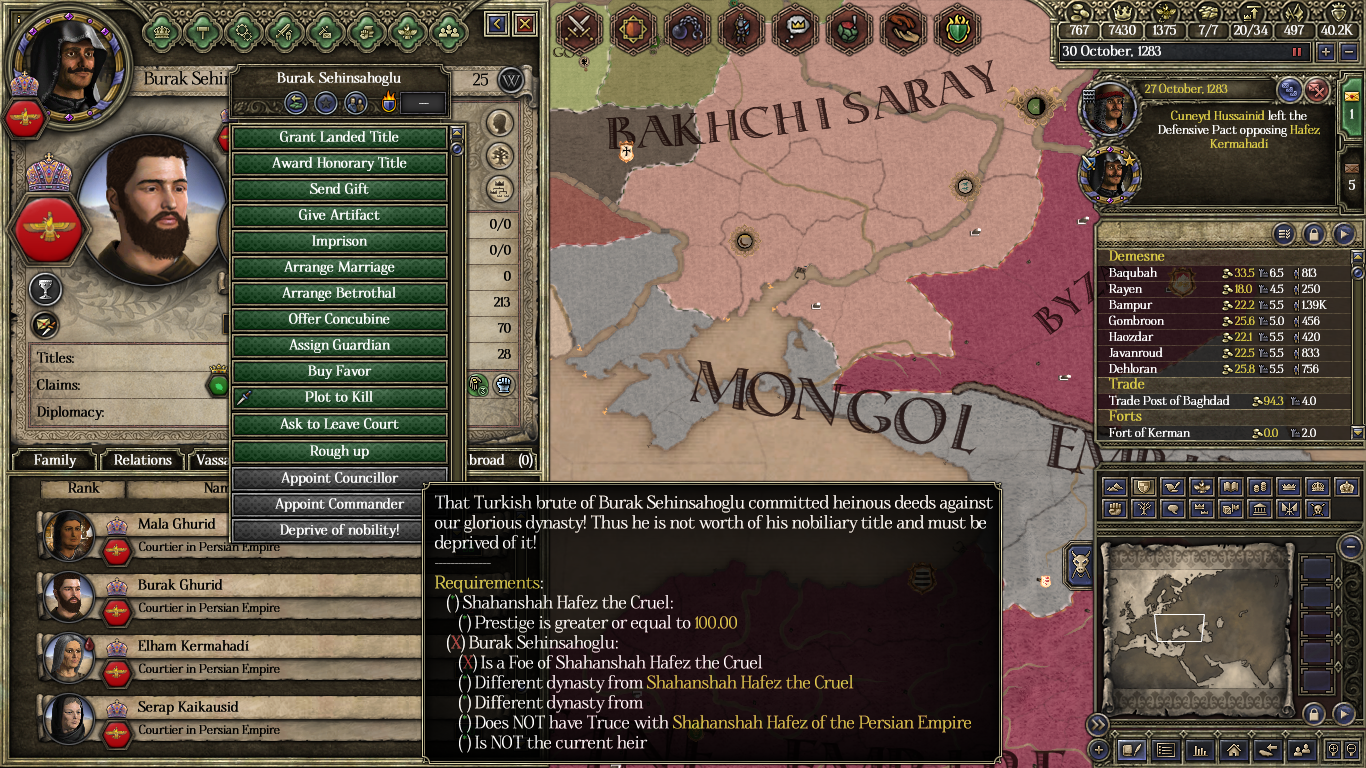 Nobility deprivement! For when they deserve it! Crusader Kings II
Related Games