We're Back! After attending the PlayStation Experience last weekend I wanted to put together a post to tell you about the show and how exhibiting Lost Sea went.

We grab the Lost Sea promotional stuff and jump in a taxi. The taxi driver has covered the entire roof of his car in glow in the dark stars and his dash board is covered in sequins, Pokemon and Mario Kart figures. We figure it's a good omen.

The difference in time zones mean despite a 11 hour flight we arrive 4 hours earlier than we left. We head over to the hotel and get checked in by possibly the world's happiest concierge. At this point we realize we forgot to tip our taxi driver and that we don't really know how tipping works.

Sony were kind enough to put us up in the Marriott about 1 minute walk from the Moscone West which made things incredibly convenient. We decide the best course of action is to get over to the show floor and get everything set up quickly before jet lag sets in.

After collecting our passes and getting scolded by a security guard for taking the stairs, we enter the exhibition hall which is still very much being set up. There are forklifts and huge cranes rolling around and burly men with massive beards lifting heavy things. The only other indies to arrive are those who also had long international flights from Australia, Belgium and Dundee so we make some quick introductions and start setting up the booth. As usual everyone is incredibly friendly and help each other in rustling up missing cables, lending each other tools, fixing dev kits and so on. 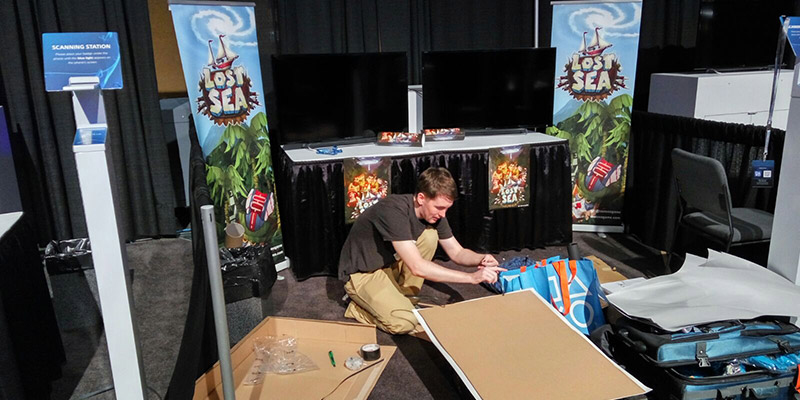 With booth set up complete we head out to grab dinner. We had hit a wall about an hour into the booth set up and no longer have any concept of what time is. We think it's about 5pm but we later discover it's actually closer to 2pm. We grab some burritos and have our first of many encounters with San Francisco's eccentric population. Afterwards we decide to have a wander up to Chinatown to see how it compares with Hong Kong. It's actually quite very similar to the tourist areas of Hong Kong and has many of the same local stores we're used to! After a walk around Chinatown and the docks we head back to the expo hall just to double check preparations for the show before heading out to a party at a local game co-working space.

We wake up super early (thanks jet lag) and head over the show. The doors open at 10am and there is already a huge line of attendees waiting to collect their badge. In our fugue state we didn't realize we needed an power extension cable so head out to get one from a nearby hardware store. With the dev kits all powered up and everything good to go we have about 30 minutes left to try out the games or try and catch up on news from the keynote. Then it's doors open.

People pour onto the show floor. To be honest the whole day is a bit of a blur. We have people playing Lost Sea on 2 machines constantly all day and frequently had a small crowd gathered around the booth. Between chatting to attendees, helping people out with the game, handing out fliers and other freebies the day flies by. It was pretty busy with 2 people and 2 demo stations so I feel for our indie booth mates who had 3 demo stations to man all on their own. 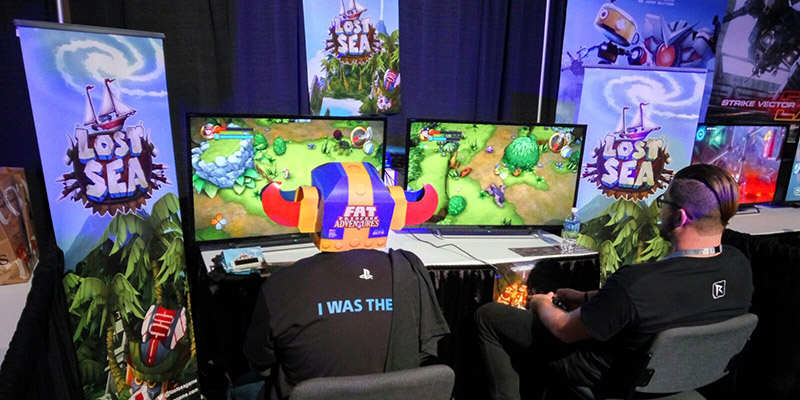 People seemed to react really well to the game. We had a number of people come back to play the game a few times over the course of the day and got some great feedback. The art style continues to be a great draw for people and made it really easy to convince people to try the game. Many people seem surprised when we tell them that we're a small team from Hong Kong. I think PSX wins the award for friendliest attendees and we got the chance to meet some awesome people and spot the occasional games industry superstar wandering the show floor.

The show finished at 10pm so by the time we finished preparing the booth for the next day, we take a burger restaurant recommendation from our booth neighbor and shuffle back to the hotel.

After the whirlwind of Saturday, Sunday felt like it started off a little slow. It was still steady but there wasn't that initial rush of people. We used this time to watch the people playing the game and take notes on possible areas we could improve.

By lunchtime things had picked up and we were back at full speed until about an hour until the show ended. It was also the time we had scheduled most of our press interviews. At one point we had 3 journalists at the booth, and that was the time one of our controllers decided to run out of battery. Fortunately though one of the journalists had a USB battery pack which turns out you can just plug straight into the controller.

In the last few hours was when we had most of our repeat visitors, many of whom used the less busy period to spend a longer period of time with Lost Sea. It's really nice to see people coming back for repeat plays and having the chance to chat to them in a bit more depth. As soon as 6pm rolled round security ushered everyone out and we had to cram everything back into the cases. Sony had made it really easy for us to set up and dismantle the booth. The dev kits were there ready and waiting and at the end of the show we just had to lock the cupboard and return the key. With the show wrapped up it was time to go grab some dinner and hang out with some of the other developers from the show.

All in all the show went really well. A big thanks to everyone who came by to check out the game and to Sony for inviting us to attend the event. They really went out of their way to make it easy for smaller developers like us to attend! As we get closer to submitting the game having all that extra hands on time is invaluable to us for balancing and making sure the game is bug free. After some napkin maths we estimate somewhere between 500 to 1000 people played the game over the weekend and we didn't have a single crash or any instances of the game entering an unplayable state. 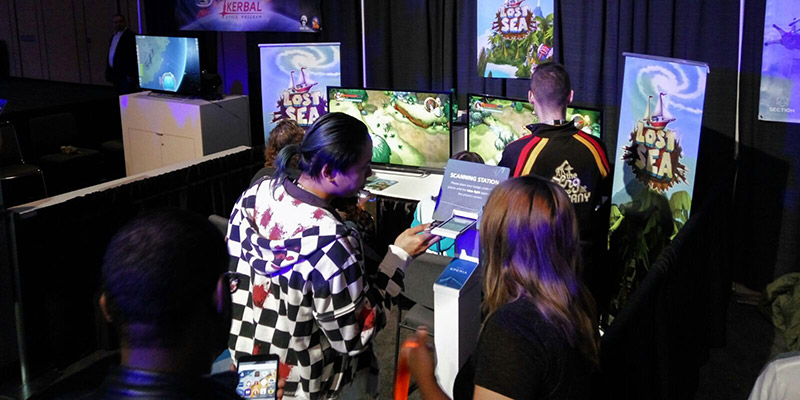 For now though we're back to the office, going through feedback and continuing to get the game ready for submission in the new year!