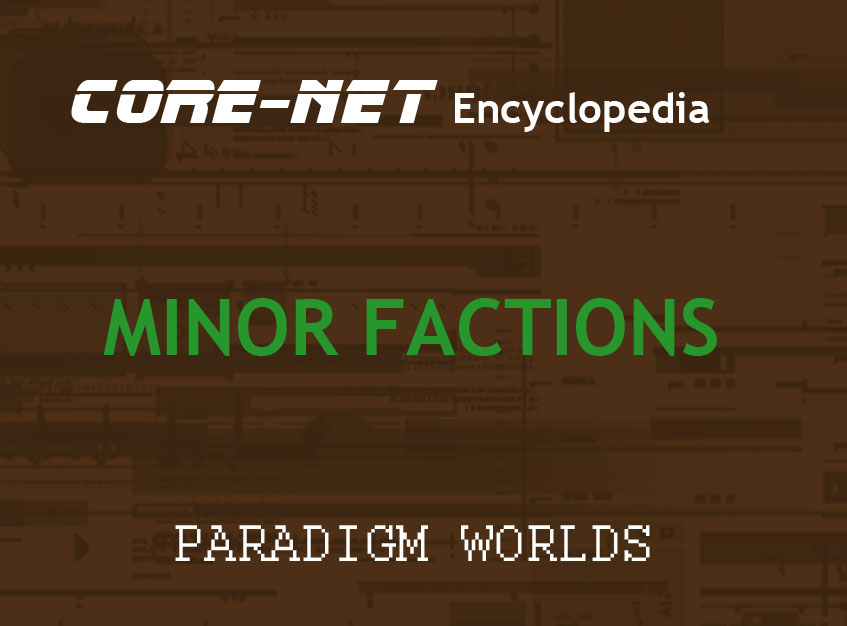 There are around 30 factions in Paradigm Worlds. Each represents different philosophy, is more or less human or animal. At beginning of each game on world map there are 6 major powers, accompanied by dozens of minor factions. Each of them represent a nation that has exact amount of citizen creatures, loyal to government, usually constituted of main ruler and 20 major lords, generals, secretaries, etc. They govern towns and castles, debate about diplomacy, politics, plot against each other.

These are nations that originally cannot hold villages, castles or towns in Paradigm Worlds: Warband.

Their civilization advancement or living strategy, nomadic style of life, anarchy, no strong ruling center - there are many reasons why some tribes or nations choose to live in forests far away from civilization. There are also historical reasons, in various eras, parties were more or less powerful. During time in Paradigm Worlds, there were Eras where states formed by Minor Nations were centers of great development of culture and art. See also Major factions

Minor factions can become major power in any time if this is Player's will. By using Paradigm Worlds Faction Creator player can create own scenario.