Post feature RSS 'Out There' at Rezzed Game Show

The first public airing of our upcoming game 'Out There' was a success! Report.

Out There was invited to star, with 20 other games, in the Leftfield collection at Rezzed convention which took place the 22th and 23th of June in Birmingham, UK. The Leftfield Collection is dedicated to promote promising indie games.

The selection of Out There was made by Rock, Paper, Shotgun and the LeftField Collection was sponsored by Sega. 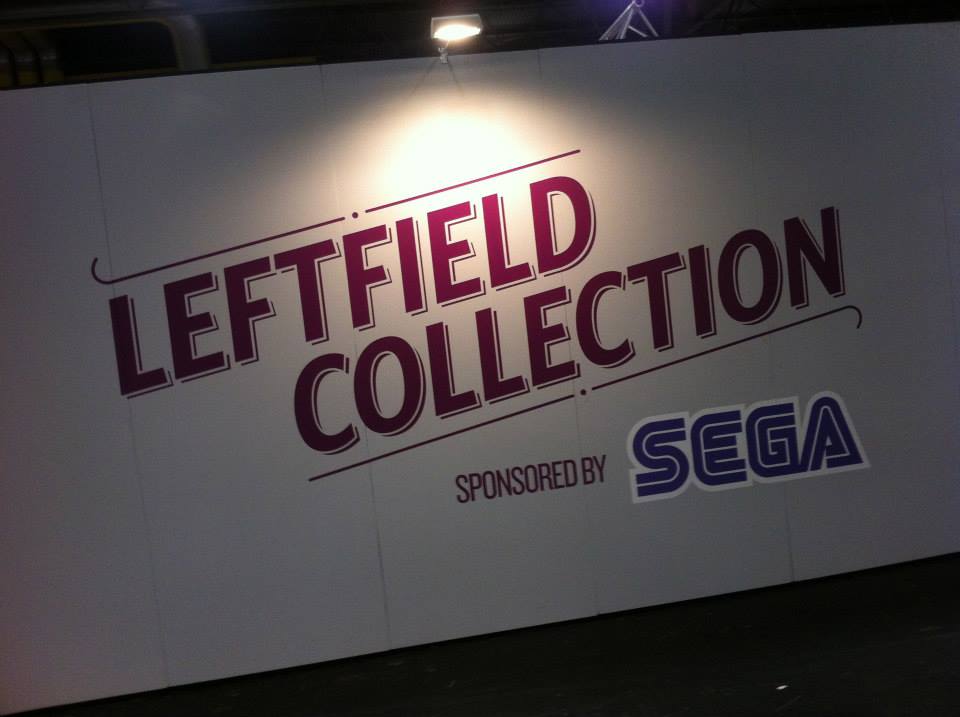 As no one yet have been able to test the game even in its alpha version, such an invitation was noted as a sign of confidence and hope of the gaming industry in the alternative gameplay design Out There proposed : mood, narrative-heavy, and “no space battles”.
It was for the dev team 3 dense weeks to be able to show something that they would be proud of, and that would show what would be the game without any bias. 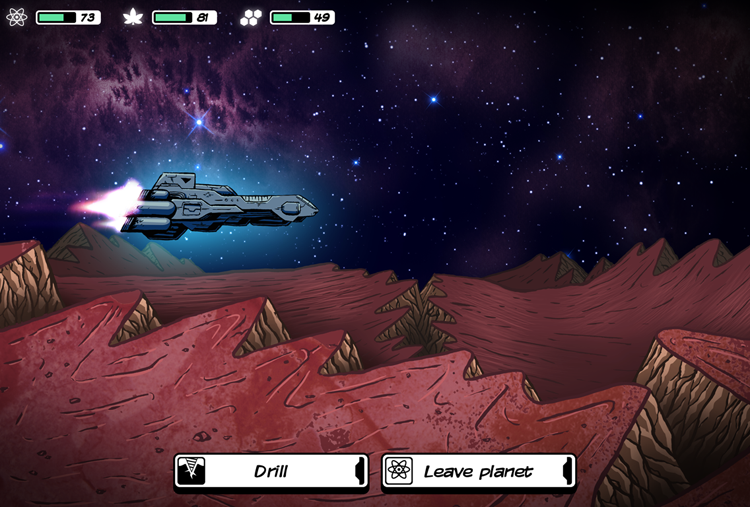 FibreTigre (design & writing) created a new star-system generation process and wrote about 100 specific texts entries both in french and in english, some with CYOA-like branchings.

Translation in english on the fly was quite a challenge, since Out There was to be reviewed on its ability to set a mood with mainly words... An intro and the first cutscene of the game was created. 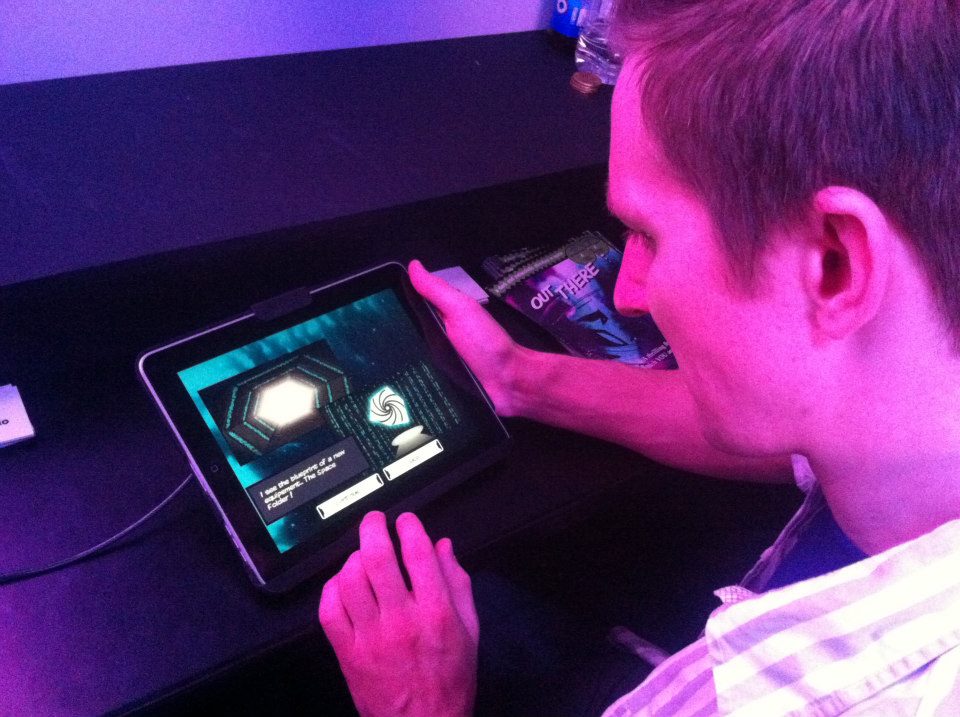 As the dev team is indie and relying upon its own resources, they had to create alternative marketing strategies and thus they published and distributed “Flyers in which YOU are the Hero”, proposing a small adventure that recreated the simple gameplay of the game.
This flyer is downloadable at the end of the article, enjoy it.

Rezzed and its visitors gave a warm welcome to Out There.
The game loop is addictive, and the players took the time, despite the crowd, despite the noise, to enjoy the whole game and gave the dev team positive, and sometimes enthusiast, feedback !

It was quite a relief for the team because it’s alway hard to estimate how attractive can be a game when you are coding it all day long... moreover, thanks to this feedback the dev team has been able to write a checklist of simple upgrades they can add to smoothen the game flow. 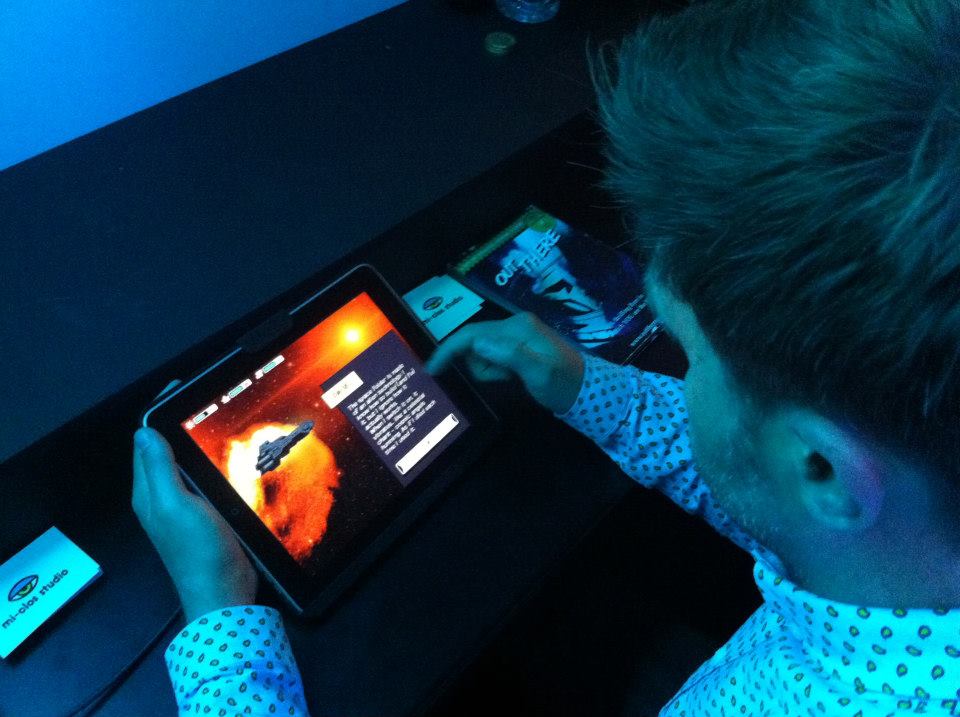 There are still, however, fundamental gameplay points left they have to add to the game that will increase the density of the gameplay.
The team said they are creating a dedicated build for the press and you will be able to meet them in August at the Gamescom where you will play an Out There featuring intriguing, when not plainly non-understandable, alien civilizations. 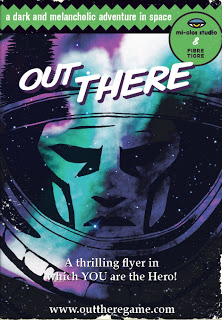