Post feature RSS Out There, a dark and melancholic adventure in deep space

An in-depth article by the game's writer FibreTigre.

Out There is a space exploration game tainted with melancholy, under production by Mi-Clos Studio and FibreTigre (me !)
If you haven't yet, watch the reveal teaser here.

How Out There came alive

I met Michael of Mi-Clos Studio in Pitch My Game (a french game convention) as the studio was releasing Space Disorder.

We then met again during my lecture on interactive fiction that took place at Game Dev Party in Lyon.

Michael asked me if I was interested in writing a game which would be not unlike Dune, ie a story that integrates seamlessly into a dense strategy gameplay - and all this based on an artwork Michael created 2 years ago: 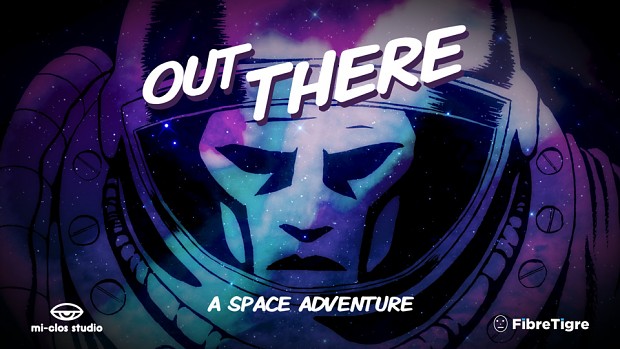 And of course I said yes, and after debating on the various options we could have as game universes, Michael accepted my first story idea, something about space exploration.

Day 77.
Never wish to experience Adventure.
Wish for a boring life, with gray and kind neighbours, with sweet and dull TV shows that spread on all the Sunday.
Never wish to experience Adventure.
Otherwise you might spend one of your Sunday a hand frozen on a liquid nitrogen valve, wondering how you will fix this without moving, because if you move the ship blows apart.

Actually, this is quite similar with a work I've done before, ie a chose-your-own-adventure modern paper book based on a cosmic tale and associated with a mini-encyclopedia on the subject.

Basically, I still had in mind the fascinating cosmos wonders, and the countless dangers of interstellar space, whether they are cosmic rays, time dilation, gravitational waves ... or even lonely planets drifting in the dark!

And so we are, working for several months on Out There, this very cool game of space exploration.

Michael blasts a lot of technical work and if I just write the elements of gameplay and all the texts, my skills in programming allow me to organize these elements in a kind of - and sometimes even clear - algorithms ready to be implemented.

We sometimes disagreed in a friendly manner on certain game core concepts and we raised our own references on each side ("In Starblade [Silmarils] it worked fine" - "But this worked better in Elite!")

And Michael, striving for perfection, uses a dev strategy made of successive iterations and tests to clearly state on these points.

Finally, we are our own producers and this is our choice!

Day 37.
Don't forget to negociate the rights of my adventure.

We know that many of you would like a FTL-clone on iPad. So far "Out There" looks a bit like FTL, but is actually and fundamentally very different from FTL.

For a start, there will be no laser nor space battles. 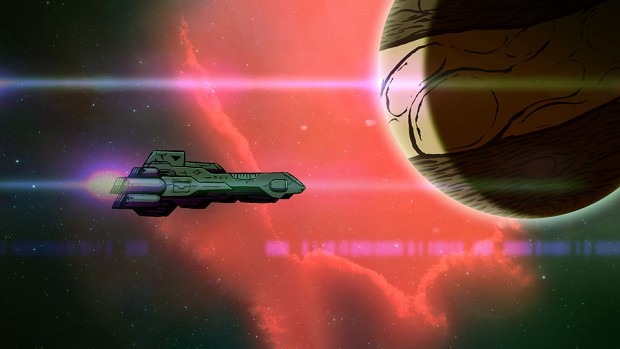 "Out There" is the story of a poor human astronaut in a near-future setting, (in a time where the Earth sends rockets, let's say, to Jupiter's moons, but does not control the technology to cross the vast distances between the stars)

Following a mysterious accident, our astronaut is injured and when he regains consciousness ... he is elsewhere. Out There.

And then you have to follow the trail of far-away, totally unknown star systems to find that the path that will lead you back to Earth. (And in order to do this, you will have to understand some pieces of the strange alien technology).

The core of the game is a resource management gameplay, resources which are gas, vital resources and room space.

This is a Ironman game in such tha death is permanent without you being able to resume a previous backup, so you will have to set your stars-path skillfully since without proper protection, tumbling upon a neutron star or a black hole will mean certain death...

Day 26
Okay, so it was an O2 surpressure in the regulator, I see everything in red, I just saw death, party time, yippie.

On this already robust management and strategy gameplay lies a strong narrative aspect.

There are a lot of cutscenes dedicated to set a special mood (that can be deactivated) and very regular short exotic adventures in space, each with a life-or-death situation.

There are more adventures and cutscenes written as necessary to finish the game, so that each play is quite different from the previous one.

This is a bit of a what I would I done if I had to write a "Star Trek: Voyager" game ! 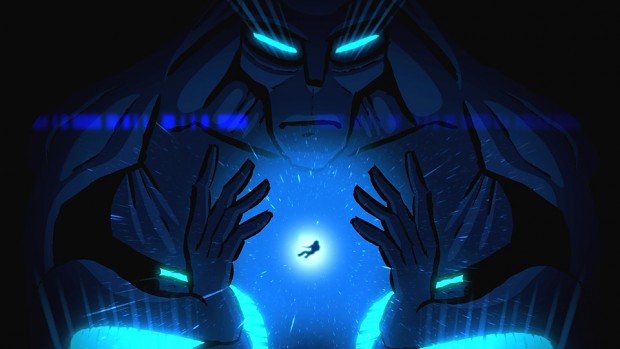 Day 14.
Here floats in space an infinite flat disk of metal.
The power and ressources to make such an artefact are beyond my imagination. Any rational estimation is pointless and I spend a little time to observe.
I test its substance and it feels indestructible...I won't be able to harvest anything from that.
However, on its side, waits a...

Why is Out There cool.

We try to make of "Out There" a game that's quite uncommon - and some traits of this game are so uncommon that we didn't told the press about in order to not draw-back the potential players.

We have a number of axioms in the view of creating a strong identity:

1) No (too many) scientific betrayals
Although Out There claims to be a Space Opera piece, the game mechanics try to be as scientific as possible.

Alloys and proportions of raw material to make them are respected. The speed of light is never exceeded (we "fold space" here). Designing technology requires specific materials that are not chosen at random: one with a lot of electronic equipment such as an interferometer require gold and silicon.

Some scientific facts are however not met, as the density of yellow dwarf type stars in the galaxy. It was boosted because yellow dwarf star = life = interaction with organic aliens. You may find aliens around black holes in your adventures, but they are so alien to your nature that any interaction is not possible. But if they are scientists transgressions, they are generally controlled.

Finally, we are working on an algorithm to distribute the stars more interestingly and more harmoniously - as an arm of the galaxy - rather that a basic randomization of the star field.

Day 40.
This dream, again. This is the sixth time.I wake up and I hear this light, cristalline like, song.
I walk in the main corridor of the ship, and behind me, there is another me, still sleeping.
I though it was just hallucinations. But I think this is the space folder that goes crazy sometimes.
And mess with my time frame.

2) Closer to 2001 than Star Wars
There will be no battles, no floods of laser in the game. In fact, you might run away from star-system wide space battles that you don't even understand, or see ghosts of past battles, but no weapon can be mounted on your ship. And you will not have any gun or lightsaber. You're a mechanic. 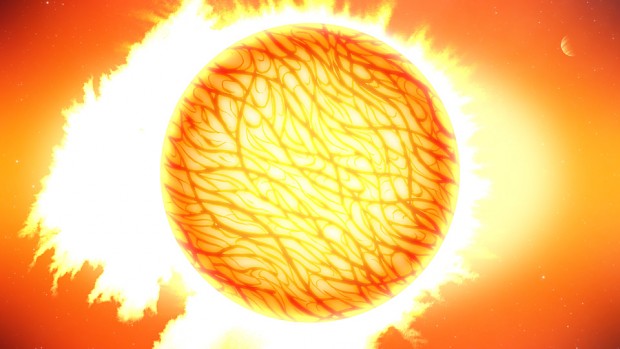 There is no money, and no merchant. If you find any diamond, you can throw it. However, thorium or even raw iron can save your life...

3) Alien aliens
Apart from the famous onyx giants that can be seen in the trailer movie, we want the aliens to be non-human like, incomprehensible, strange, surprising.

They are...echoes of a lost civilization in a maze-planet, amoeba as big as a continent, small dew drops with a life expectancy of a second, they are as difficult to detect as to understand.

They do not want to trade with you, nor to study you, or even destroy you. Most of the time, you're nothing to them, like an ant that would crawl on them or a moon passing in the sky. They have a own agenda that humanity will never be able to understand.

You will feel very lonely.

Day 68.
I play a lot with alien words now.
These words...they have intriguing property on their own. When I spot a star and I spell its alien name, I feel it becomes closer to me.
I wonder if the space folder just simply asks stars to get closer to them.

4) Space is a harsh mistress
Space is a hostile environment. Danger is everywhere and has many shapes.

The hero will suffer psychologically. He knows that by the very nature of the space-time continuum, when he folds space to reach a star, the objective time lets flows hundreds of centuries.

In fact, to survive, he will have to assimilate alien technologies and concepts. He will change. He will dream alien dreams. Cosmic rays will change his body. In fact, if he takes too long, he may indeed cross the Earth and humans will then looks so strange to him that he will consider them as another alien race.

And when Out There will be there ?

The link for Space Disorder is broken.

If you ask if Space Disorder will be ported on PC, it's not planned.
But Out There will be on PC / Mac / iOS / Android.