Epistory needs to establish a subtle, layered narrative voice within its opening moments. Join the game's writer in a deep exploration of why this story is harder to begin than most.

Whether you’re writing a game, or a movie, or a novel: it’s always difficult to start a story. There’s just so much riding on those opening moments. This difficulty is basically the premise for Epistory’s plot, in which a struggling writer is trying to start a novel. The player assumes the role of the muse, helping the story come to life.

Epistory adds an additional complication: as well as attracting the player's interest immediately, it must also establish the narrative voice. In this article, I’ll be explaining more about what this means and how I’ve tried to solve the problem. 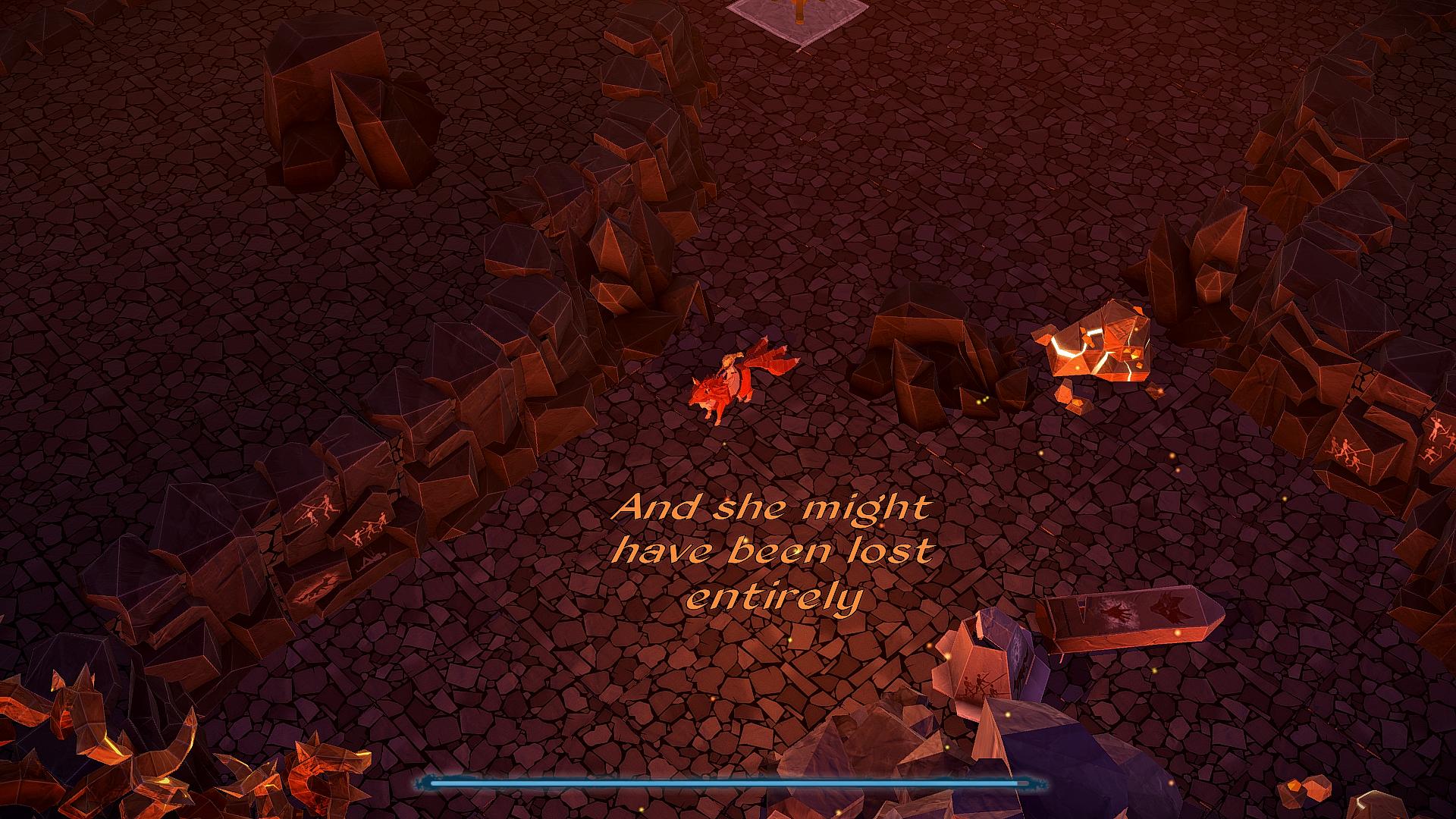 What’s In A Voice?

By ‘narrative voice’, I simply mean the voice of the narrator: who is telling the story? Why? And in what context? Are they speaking to the audience directly? Are they writing a letter? Is the audience an active party in the story, or are it given a camera’s eye view into someone else’s world? Ultimately, narrative voice defines the relationship between the storyteller and the audience.

Most narrative voice is established by its medium and a few quickly-gleaned implications. When a written story starts with a line like “Call me Ishmael” (a la Moby Dick), we instantly understand that there is a person telling the story to the reader. We understand that the narrator has their old world view, and agenda, and feelings. But when we watch a film and a camera sweeps across the Earth - like no human can do - we understand that a picture of the world is being presented to us impartially. We are invited to watch through a window.

Whose Voice Is It Anyway?

In Epistory, the narrative voice comes from a writer who we never see. All the words of narration - from the introductory sequence to the writing stretched over the levels - are the words this writer has written in their novel. The player’s goal is to help the writer create the story: typing words and discovering things to encourage the author’s inspiration.

This is a very hard thing to explain in-game: not least because we don’t meet the writer. We have to infer her presence. Originally, the game's script did this the obvious way: it begins with a writer saying "I hate writer's block! How am I ever going to write this story?", and quickly settles down into the story itself, “She looked like a lost little girl”. This establishes the narration as the writer's voice and ensures it makes sense within the context of the game.

This works - but it’s messy because it creates two distinct narrative voices. The author’s (“I hate writer’s block!”) and the story’s (“She looked like a lost little girl”). Because we don’t really know which is which, we have to infer every time - and so there’s a constant dissonance. It’s hard to know who is telling the story. Also, writers tend not to ask themselves questions in their own prose, so the voice may not sound authentic to player. 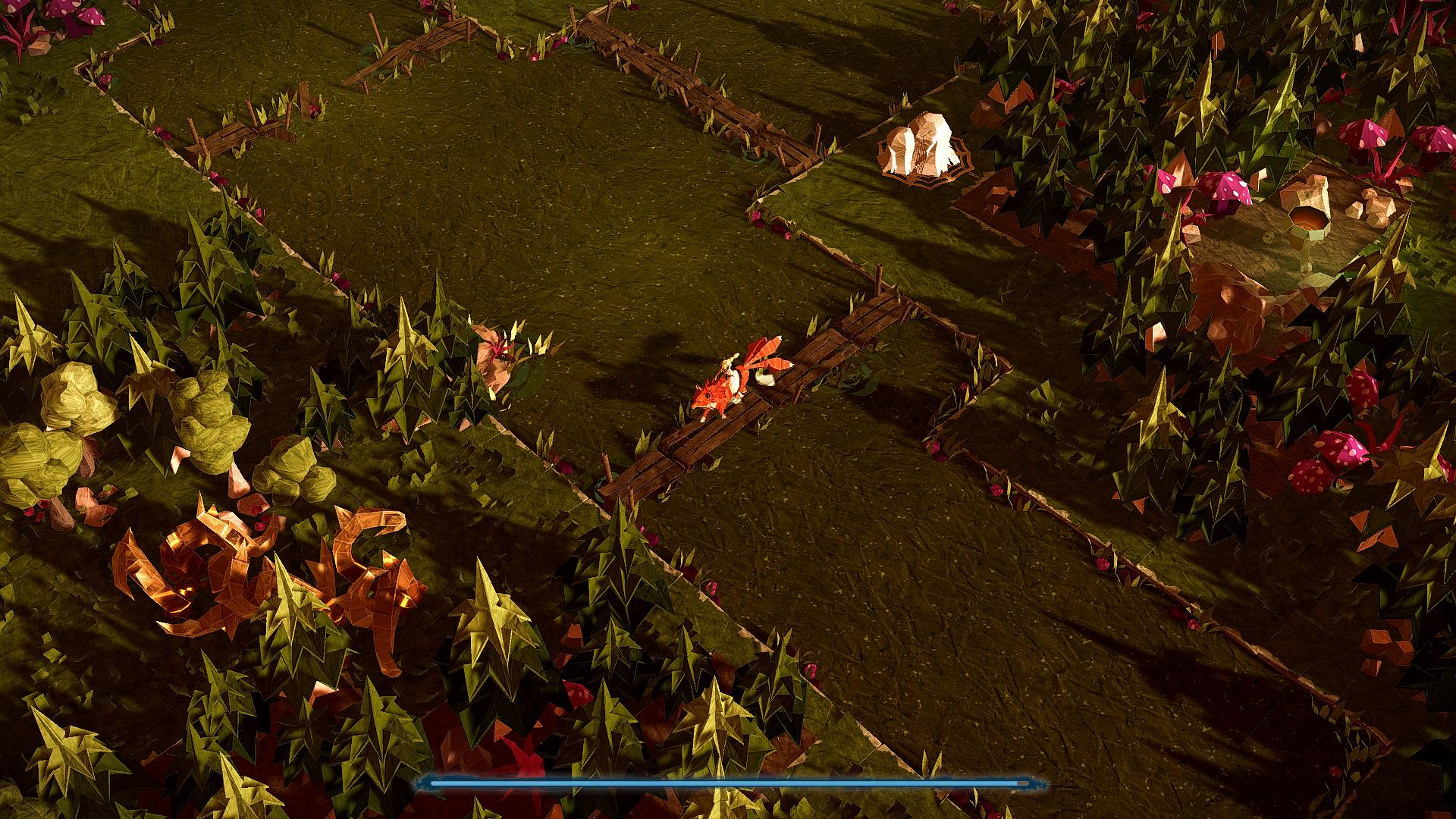 I wanted to try and do something a bit more subtle and seamless: using a single voice that represents all the narration. I’ve tried to do this by presenting the story as a work-in-progress and showing the writer's edits. The theory runs like this:

The game begins on a black, foggy screen. A blank canvas. Then some text appears: "Once upon a time". This is how all fairy stories start, right? The player knows that a story is beginning. But the text is quickly erased character-by-character. The story has changed, the writer's hand is revealed by implication.

The writer tries again, and this time she writes: "It was the best of times, it was the worst of times". This is how Charles Dicken's A Tale of Two Cities - the best-selling novel of all time - begins. Even if the player doesn't follow the reference (and most won't!), they should understand that the story has been restarted.

But this beginning is rejected too, and so it is also erased. The pattern has been established now: the author doesn't know how to start the story. So, third time lucky, the narrative begins in earnest: "There was a girl. And she rode on the back of a great fox.". And hey presto - the fog clears to reveal the player-character.

Because there is only one narrative voice, the player can trust that it represents the words of a story being written around their actions. We build on this start by adding more interactions which make the player aware of the author - and vice versa - by changing text as the player interacts with the world. It’s a subtle idea, and maybe not everyone will get it. I expect most people won’t be able to articulate it. But subconsciously, I believe people will understand that a story is being written around them by an unseen author.

Successful execution relies on two things: using recognisable (or cliched) opening lines, so that the player understands what the writer is trying to achieve (ie, the beginning of a story); and a character deletion effect, so that the player is aware that the writer is deliberately erasing and rewriting text. Sound effects can help reinforce the idea of writing and erasing, too. 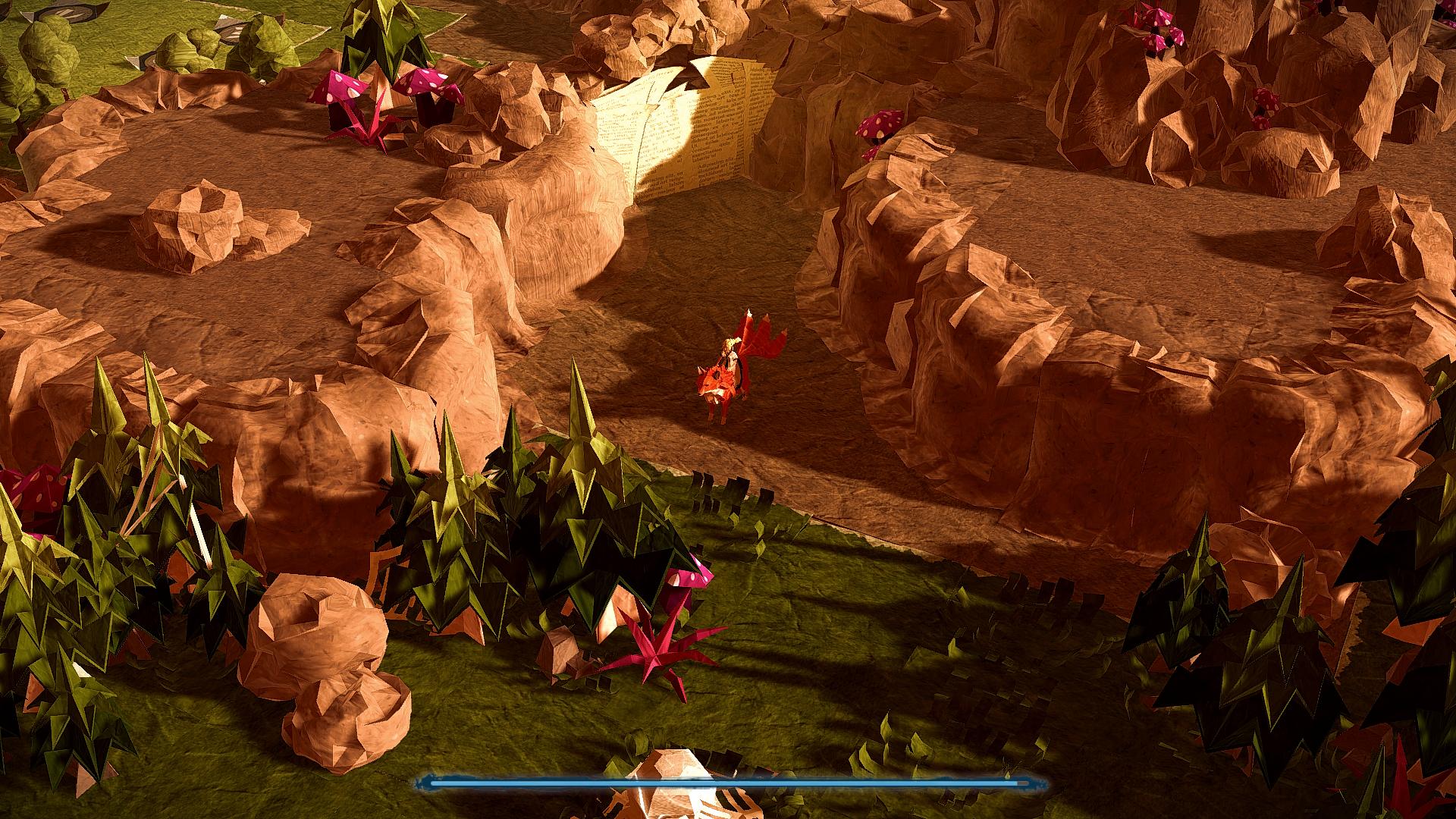 This, however, is not the whole story. While we work hard to establish and contextualise the narrator's voice early in the game - we later sow in a few seeds of dissonance. Because in Epistory, not all is what it seems...