Post feature RSS On Targeting the Most Niche of Niche Genres

My name is Mark Sheppard. Along with my team mates Josh and Glenn, I am one third of Membraine Studios. I thought I would write about the path taken to get to where we are now: the launch of our alphafunding campaign for Exodus Wars: Fractured Empire on Desura; and our Steam Greenlight bid.

I thought I would discuss our approach of working within a very specific niche and how it’s working out so far. 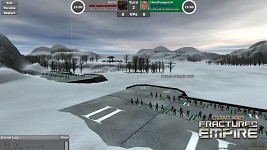 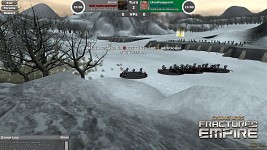 Exodus Wars: Fractured Empire is a turn-based strategy game for Windows, OSX and Linux that aims to capture the essence of the tabletop wargaming hobby...

Did you hear that? I reckon half the readership evaporated as soon as I mentioned “tabletop wargaming”. And who could blame them. Tabletop wargaming (also called miniatures wargaming) is probably the most niche of niche hobbies. In my experience, non-wargamers find my hobby a little weird; non-wargamers who somehow happen across a miniatures wargame in progress tend to stand stunned for several moments before they back away slowly with a bemused expression, like they are unsure how to react to seeing adults play with little army men. It is like Fight or Flight has almost kicked in, but took a wrong turn somewhere and ended up at Blank Stare. 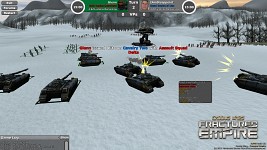 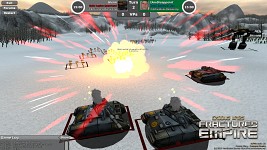 Even so, I mention tabletop wargaming because these are my people. These are the hardcore strategy fans; armchair generals and commanders of metal and plastic troops. These are people who spend hours upon hours and hundreds if not thousands of dollars collecting, painting and -- the occasional Sunday once in a while -- fielding their armies against other, like-minded individuals. People like me spend hours crafting their army lists. We calculate likely win-loss ratios for units based on statistics. We read the lore surrounding our chosen armies. We know our forces intimately.

In short, we bloody love it. But there’s a problem with my beloved hobby -- in this busy-busy modern world, I find it hard to make the time to actually do some modelling, or a spot of painting, or (heaven forbid) play an actual game.

You can see where I’m going with this.

So it's basically people like me that we are hoping will get most excited about Exodus Wars: Fractured Empire -- a game that aims to enable them to play a proper tabletop wargame on their PC, either against the AI or against real people. 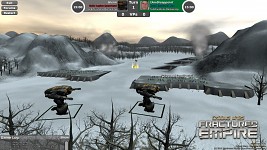 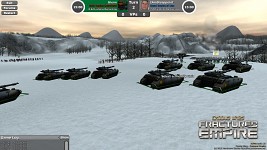 The hard truth of any computer game based on tabletop wargaming, though, is that it is going to be ridiculously niche, not least of reasons because of the baggage the game starts with thanks to a usually hefty book of rules. Surely it would be near impossible to make the user interface intuitive? That was our first major obstacle.

Fortunately for me, I work with two other incredibly talented game designers, and between the three of us we coaxed out a good, solid and intuitive user interface that sees resoundingly positive feedback -- new players "get it" without needing to read a single rule, and in fact without any form of tutorial at all in the current build. We're justifiably proud of that.

So we think we have the intuitive UI thing sorted. We would still have an issue with discoverability, though. What else could we do to broaden the game’s appeal? We agonized of that question for a good while before eventually deciding that doing that was a flawed approach -- we decided to instead embrace the niche-ness and pitch the game directly to the wargaming community, posting in relevant forums and pitching our game concept.

We were gratified, then, when that community rallied and our game got off to a great start despite this soft-launch approach. 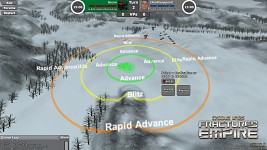 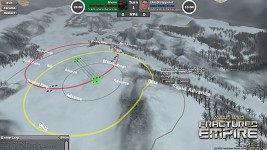 Thanks to the word being spread by the more vocal wargamers, Membraine has been fortunate enough to begin garnering the attentions of sites like GamesAreEvil and The Shell Case as supporters over time, and they have seen the game come together. Time will tell if such coverage is enough to help us overcome the "discoverability" obstacle that plagues all would-be alphafunders, but I think we're off to a good start.

I have high hopes that our strategy of targeting the niche will pay off and we will be covered by other and larger games media groups, especially given we managed to find some traction even in our soft-launch phase -- I guess we will find out in the coming days and weeks of our alphafunding campaign on Desura.

NICE FROM EDINBURGH SCOTLAND WARGAMERS! :D will buy after im finished being raped by governmen on minimum wage! (ROLL EM!)