"Attack of the Evil Poop" update 1.2 is live now on Steam and it includes: - Full controller support - The Halloween event - Gameplay balancing - Bug fixing and improvements - More crap to have fun! And now it is available on Mac! 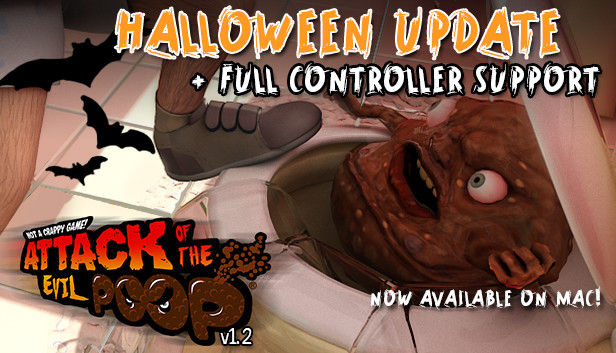 ATTACK OF THE EVIL POOP 1.2 update, available now on Steam!

Are you having a crappy day?
Flush it away!

“Attack of the Evil Poop, not a crappy game!” is a twisted, fast-paced and super addictive single-player and local multiplayer game that puts your gamer skills to test!

Each challenging enemy has its own abilities depending on what you ate before facing them. They fly, they turn on fire and they even explode!
Try not to destroy everything around and try not to get caught by your girlfriend!
If peeing on your poop is your last resort to let him know you are tougher than he is, just do it! 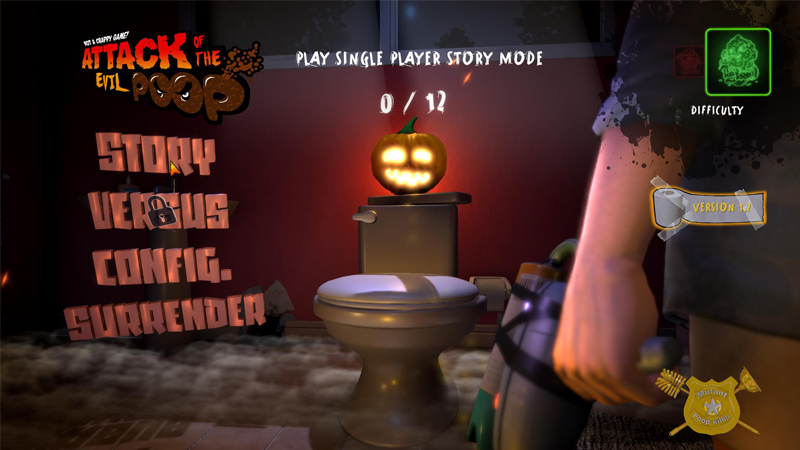 - Twelve main levels, with different bosses each!
- A lot of bonus levels to make your toilet proud!
- A “Versus” mode, where you can go insane and flush your friends!
- An almost fully destructible environment
- Two difficulty levels for experienced gamers and rookies
- Full Controller Support
- Steam Cloud-Enabled to bring your poop to any computer
- In-game and Steam Achievements
- An in-game store to use your kernel coins to buy sh*t!
- Seven different languages (Poopishese not included)
- Cutscenes and a story included (Believe it or not, it has a plot!)
- Hundred of surprises and low budget gags wherever you look!
- Constant updates with more content and fixes
- And loads more!

“Attack of the Evil Poop” smells foul from a distance, but is as delicious as an almond chocolate cake up close!

Ah, and by the way, now it is available on Mac too!