Introduction to the norse starter deck, an agro focused strategy. We explain the different cards and all the synergies they can create.

The Norse deck with and agro strategy is perfect to introduce the player to the world of Rise of Titans and to strategy in general.

This kind of deck is focused on an early game mana curve. The ideal for an agro strategy is to finish your enemy before turn 6-7. Longer the game, the harder it will be to do a comeback or win.

The main goal for this strategy is to focus your attack and spells to the enemy hero and finish them as fast as possible.

Our hero’s ability is +1 movement, which speed ups the combat and makes it easier for your units to reach the enemy’s hero.

This deck’s cards are versatile and useful in many different situations, a must for this type of fast-paced strategy. 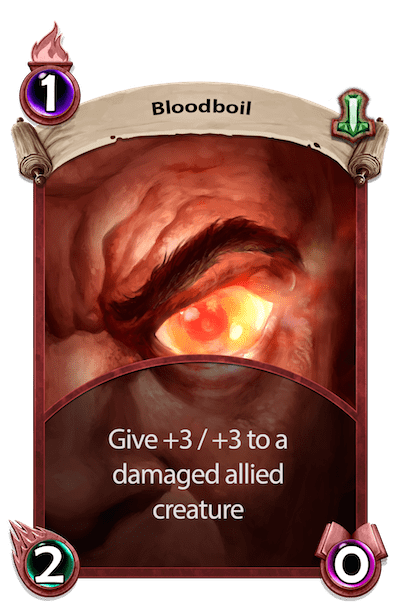 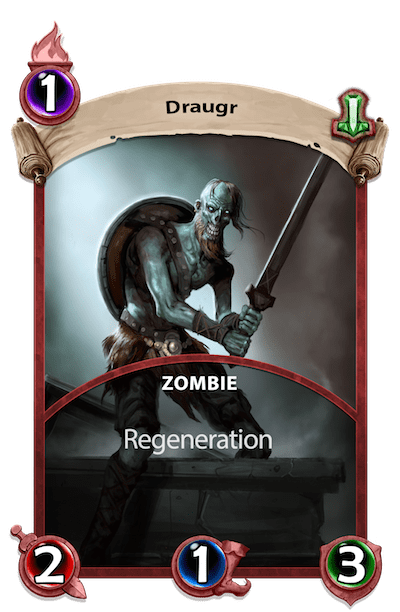 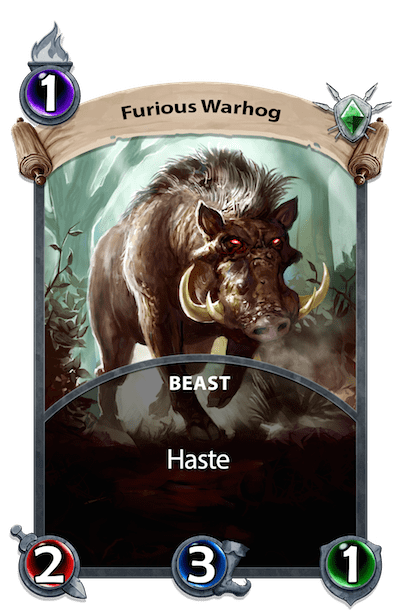 Bloodboil. One of the most used cards and superversatile. Gives +3/+3 to a damaged allied creature.

Draug. Has a regeneration ability, regaining health at the end of the turn. Combined with Bloodboil becomes a powerful unit. A 5/6 with regenerative power with only two mana points. It only moves one tile at a time, but thanks to the nore hero ability, it has a +1 bonus movement. It can work really well as a surprise attack from a forest.

Furious Warhog. Charge, can attack when summoned. Perfect choice to clean the board, kill an enemy creature, subtract life from the enemy’s hero or their artifact, or to use it against your own creatures to buff them. With the hero’s bonification it has 4 movement, and it’s able to reach close to the enemy city. 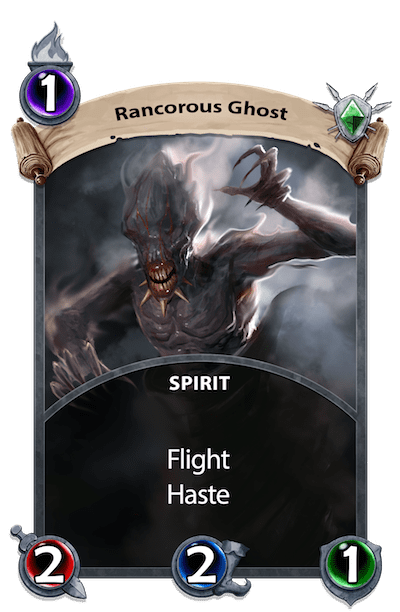 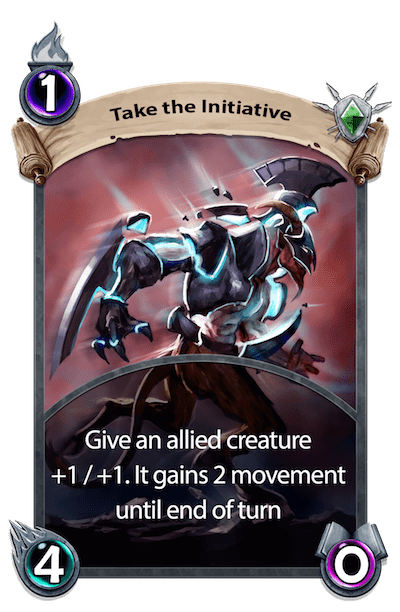 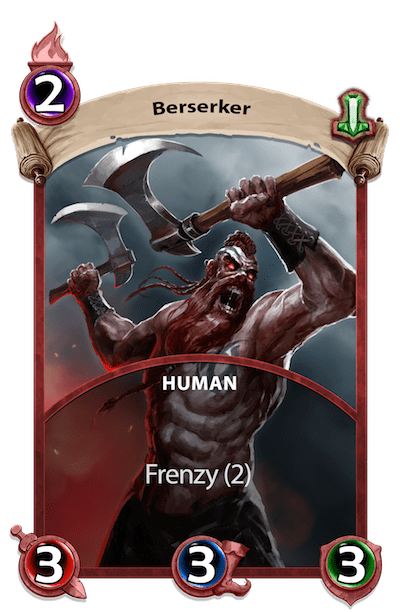 Rancorous Ghost. Has a few resistances but is ready to attack as you summon it. With its ability to fly, rivers and mountains don’t affect its movement.

Take the initiative. Different from Bloodboil, but with similar results. It’s for those strong units with low movement, it allows them to reach the enemy’s battlefield. +1/+1 is during all the game, while +2 movement is just for that turn.

Berserker. Perfect combination with Bloodboil. Every time this unit is damaged, it gains +2 attack thanks to its Frenzy ability. It can become an 8/5 unit in turn 4. 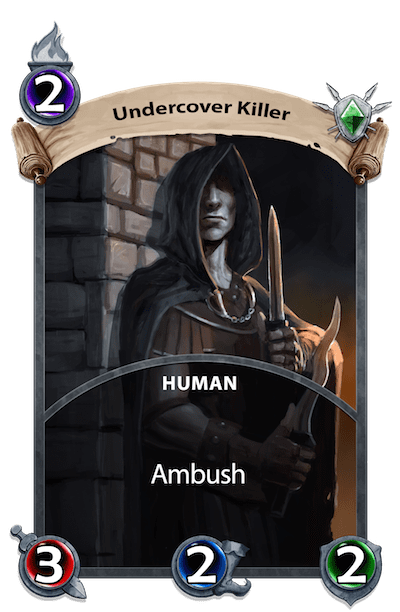 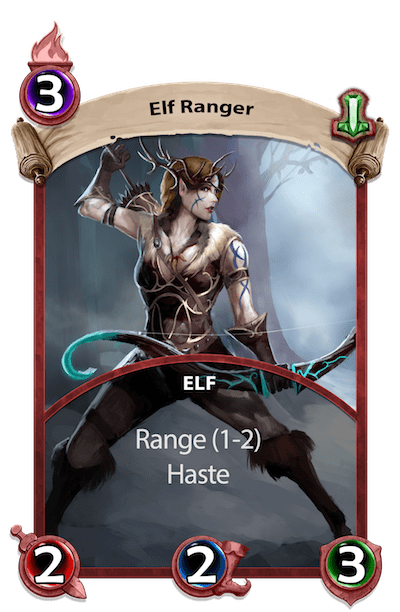 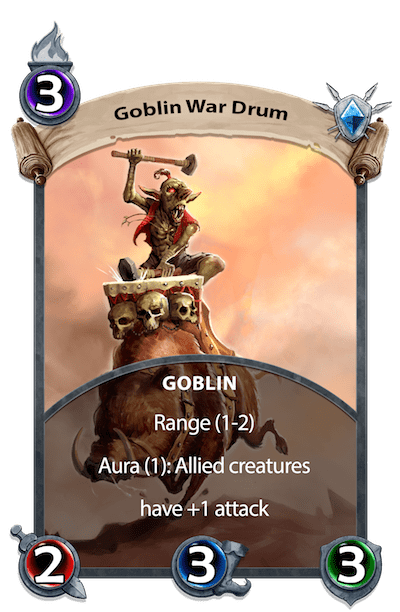 Undercover Killer. Perfect card to clean or finish a unit. With ambush, you can place it in any forest on the battlefield. If can predict your enemy’s next movement and find a good position, it’s a perfect opportunity to turn tables.

Elf Ranger. The only card that has charge and range. Works really well with Bloodboil.

Goblin War Drum. Fan favorite (And ours too!) and the most used card. It’s really mobile, has low attack but with range. For only 2 of mana you can buff your adjacent units with +1 attack. Essential for your agro strategy. 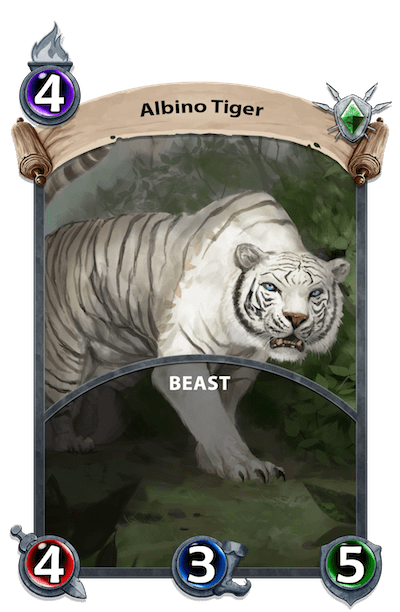 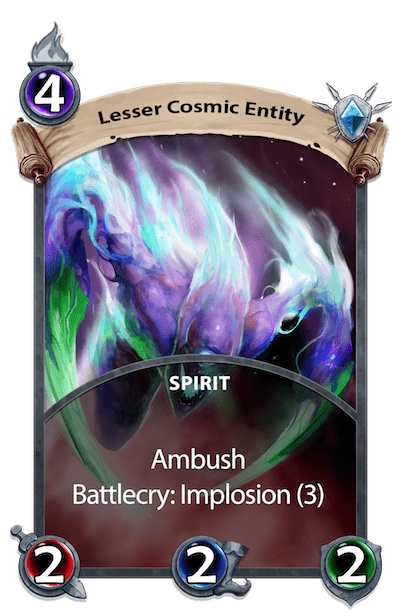 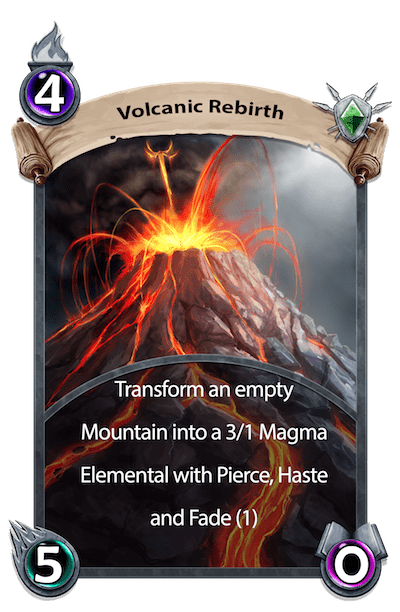 Albino Tiger. This card is more focused on mid-range strategies, but it works really well on agro too. It can be used as the hero’s protector or, combined with Bloodboil or Take initiative (6 movement) to give the finishing blow and end the game.

Lesser Cosmic Entity. The most remarkable of this card it’s its abilities. Can be invoked in any forest and produces and implosion of rang 3, perfect to clean or kill a hidden enemy unit.

Volcanic Rebirth. The most used spell. It creates a Magma Elemental with pierce, really useful to clean. But probably what is most important about this card is that it transforms a mountain into a volcano. It can be used as defense: to avoid that enemy uses that mountain as a vantage point (destroying it, create a golem, etc). Another good use is as a counter for control strategies, making the two central mountains unavailable forces the enemy hero to move to one side, unprotecting one of their cities. It can also be used to damage your units to buff them with a spell. 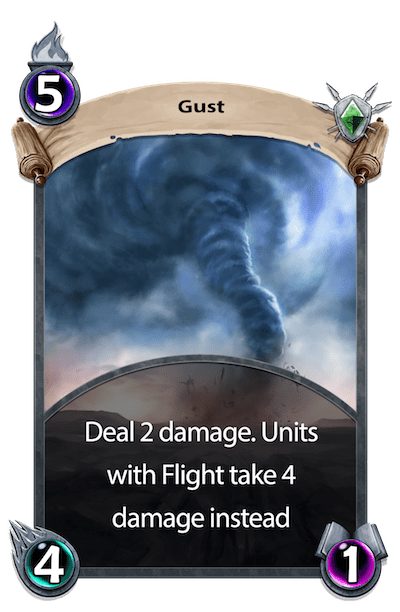 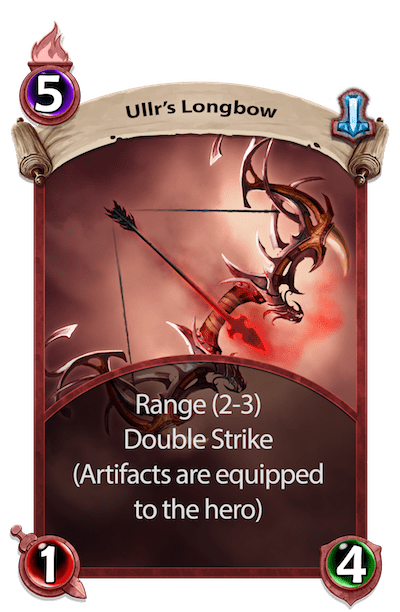 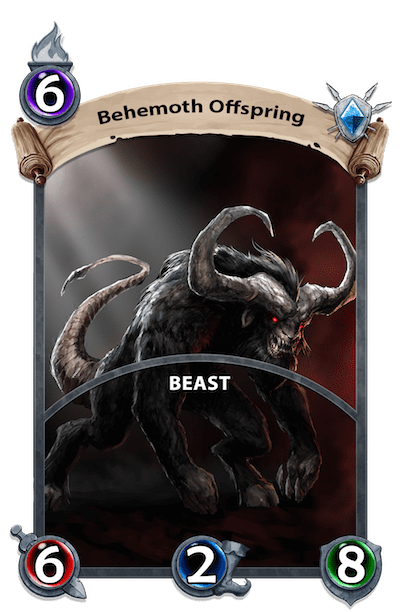 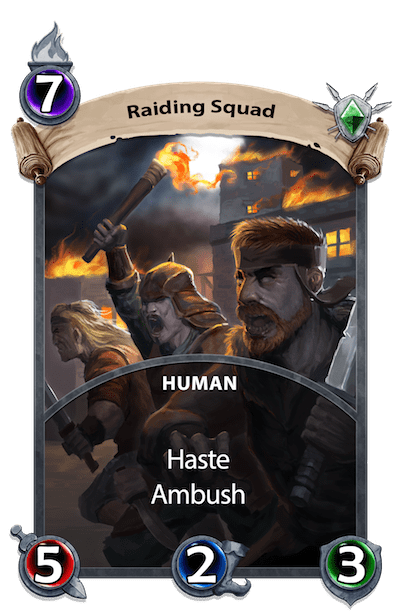 Ullr’s longbow. A must for every Norse deck. Twice attack and range 2-3. The only downside is that you are exposed to melee attacks, but is a small inconvenient compared with all the advantages.

Raiding Squad. Perfect to surprise your enemy and make the finishing blow.