Post feature RSS My game is kind of a musical.

It's no Hamilton, but there's a dozen songs with vocals in The Godkiller - Chapter One. What the heck am I doing?

I wrote a song and sent it off to Kyle Chrise, actor for Billy, one of the main characters in The Godkiller. I asked him to record vocals for it. Now, Kyle is an actual musician who has been in some bands (Still Rebel, Teenage Prayers). So I was a bit nervous about sending him my unworthy music. But he’s a good sport, and agreed to do it.

Here’s the lyrics for Billy’s painfully precious “When Is It Time for Me” song.

I’m better than them.

If there’s a time for them

Then I ask you when…
When is it time for me?

The song is somewhat a spoof on a theme that’s used in seemingly every Disney/Dreamworks animated movie. In these movies, there’s some unique snowflake of a character that’s not quite fitting in. And by end of the movie, the underdog misfit has become the hero of their village/world/anthill. And not despite their quirky behaviors, but because of them.

Except in Billy’s case, he’s an untalented bureaucrat with a festering bitterness. He is the worst combination of ambition and ineptitude.

Part of the reason I wanted this new song is that I need one or two more with vocals/lyrics so there isn’t a dry patch in the last third of the game. Ideally, characters in the game are going to sing you a song every few hours of gameplay. Some people won’t like the songs at all, but they can just turn them off or skip past them quickly. 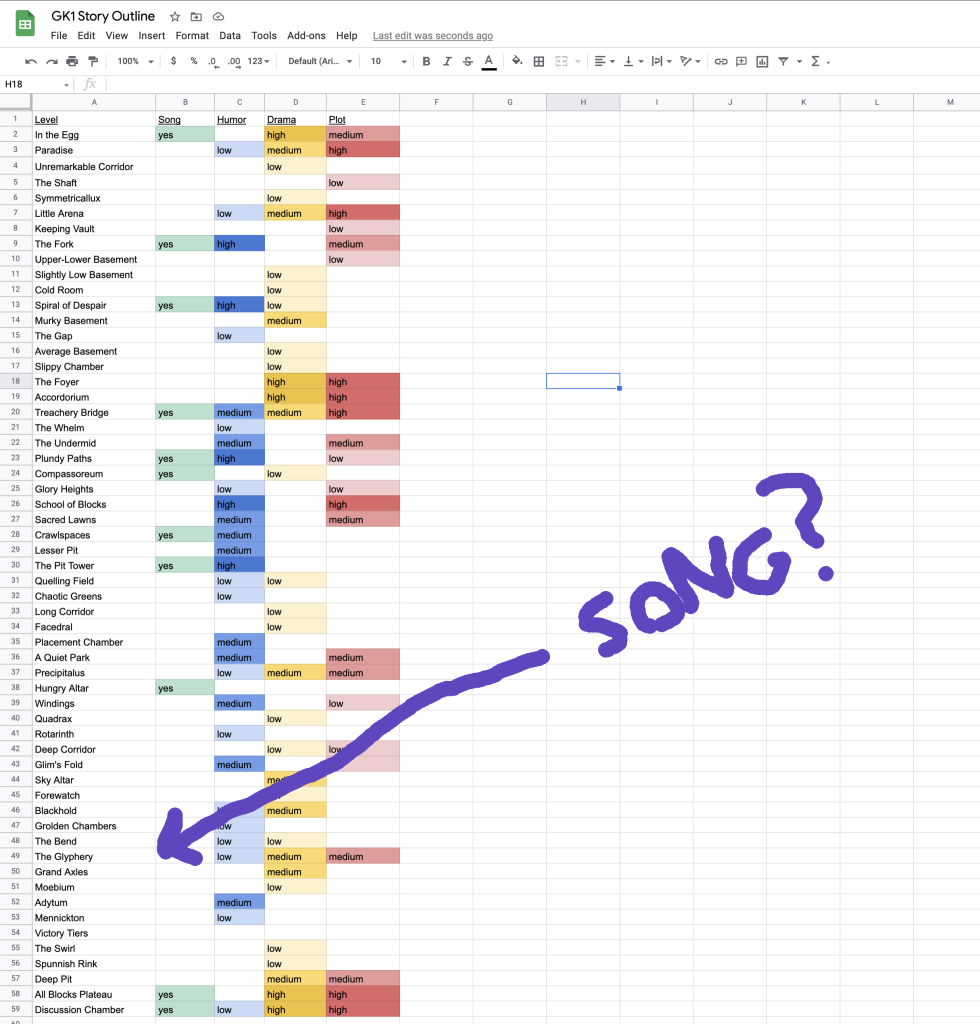 There’s a dozen songs with vocals written for the game. So it will be like playing a game that is also a musical. Weird, huh?

Here is the finished song from Kyle, who did an awesome job with the tricky task of singing in a character voice. Not sure if it will embed on Indiedb, but if not, then just click the link below to hear a silly song.

Should I post more music from the game? Lemme know.

The Godkiller - Chapter 1 on Steam. Wishlist it, baby!