The game has the possibility to install various modules on your ship. Today, there are the following types of modules. 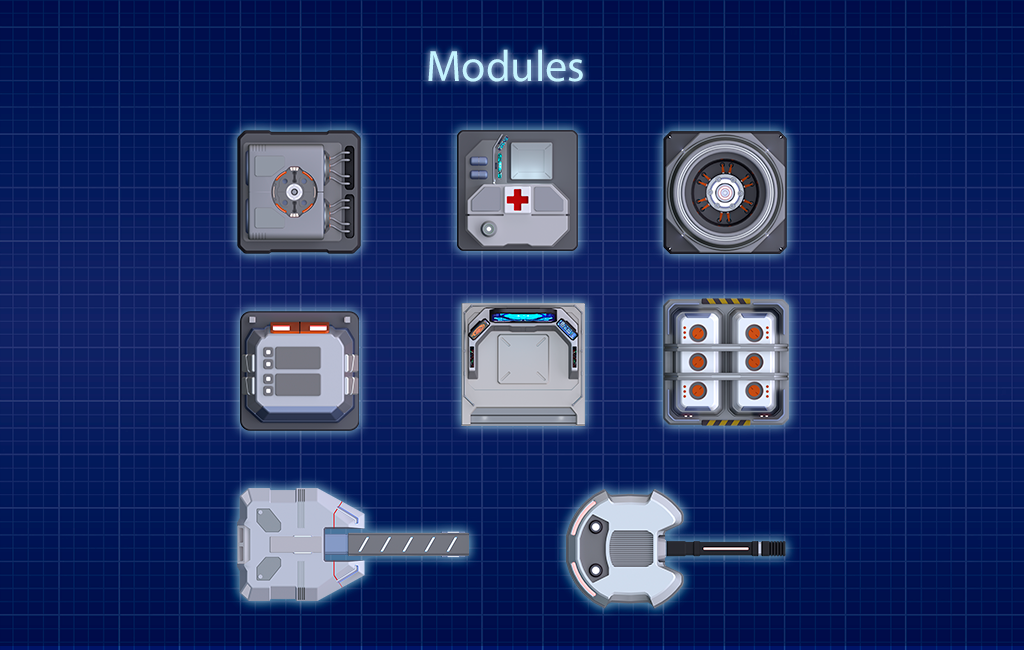 The game has the possibility to install various modules on your ship. Today, there are the following types of modules: battle, boarding, engine, reactor, mining, command, torpedo and general type.
Each type of module works differently and has its own specifics.

Some modules carry a limited amount of consumables (e.g. the mining module carries a limited number of mining drones). For resupply and repair modules that have been damaged in battle, you will need to fly to your station or to some traders.
The modules are installed in the relevant ship's slots. Each hull has its own number of slots for modules. Please note that a ship, for example, may not have a torpedo module slot.

Most of the modules require energy (e.g. weapons or engines), and if your ship lost the reactor, they may shut down. However, each ship's hull generates a small amount of energy on its own, and sometimes its enough.

Some modules have activated ability - for example, the engines can increase the ship's maneuverability for a short time, the boarding module can start the capsule and the command module allows you enter to Tactical Mode.

Here you can find only a small overview of some of the modules. Today, there are more than 30 modules. It is planned to add a very large number of modules of existing types as well new types of modules (e.g. Mining laser, Drone guard storage, Electronic Warfare modules).

You can participate in the development of new modules. Write in comments what types of modules you would like to see!