Ho ho ho Merry Christmas and merry Mod of the Year. With more than 133,000 votes and over 6,300,000 visitors spanning 22 days. We shoveled the punched ballot cards into the local ModDB super computer, ran our algorithms and watched the computer churn the raw data into our top 10 list. We lost the lives of many talented scientists and computer experts, but it was worth it because now we have something awesome to share with our community.

Your votes have decided this years Mod of the Year and the results speak for themselves.

To qualify for the top 10, the mod must place higher than it has in previous years and must have had a significant content update in 2012. Otherwise an honorable mention is given, which these teams have received:

Since winning the 2008 Mod of the Year Project Reality: Battlefield 2 has shown they are still relevant every year by placing in the top 10. Honorable Mention well earned!

Third Age - Total War did not place higher since their 7th place in the 2009 MOTY's so they get an honorable mention!

Forgotten Hope 2 got top place in the 2010 MOTY's so once again they get another honorable mention!

No More Room in Hell placed third in last years awards, and only missed out this year by a zombies decapitated pinky! Honorable Mention for you! 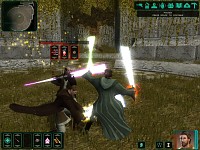 TSL Restored Content Mod
The usual response to complains about TSLRP was that people should make their own mod, then they could complain. 2 modders, Stoney and Zbyl2 (with help from Jinger and a few others), did. Almost 5 years has passed, but work still continued on 1.8, which is the biggest TSLRCM release yet.
9 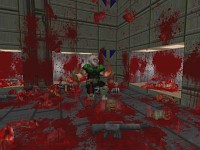 Brutal Doom
Everything in Brutal Doom is extremely intense. Everything sounds louder, looks bigger, moves faster, and hits harder. The camera shakes every time something explodes near you. Enemies are harder and smarter, and weapons and explosions are loud. Brütal Doom will make the good an old Doom have a new and fresh look. It will give you a reason to play all the Ultimate Doom, Doom 2, and Final Doom levels again.
8 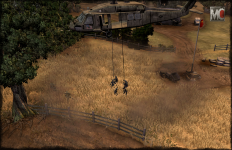 CoH: Modern Combat
will create a deep, entertaining vision of modern warfare, pitting the modern-day Chinese and American militaries against each other. These two unique factions, with their all-new companies, abilities, and artwork, will work together with the outstanding starting platform that is Company of Heroes in an effort to provide the most immersing, tactical, and fun approximation of modern strategic combat on your PC.
7 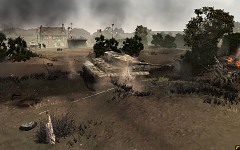 CoH: Blitzkrieg-Mod
A much more realistic Weapon damage system - many new skins for infantry and tanks (and wrecks) also including many of my own made tank skins - many new units for all factions - modified and enlarged Commander Trees (now 16 Upgrades!) - new abilities - new sounds - recommended new maps included.
6 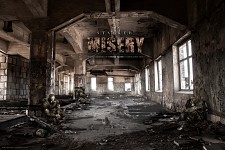 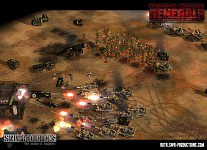 Rise of the Reds
is an ambitious project that started all the way back in 2004, when Red Army started a mod that implemented a resurgent Russian Federation into the universe of Command & Conquer Generals.
4 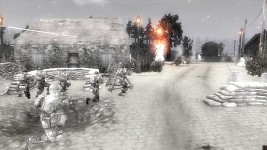 CoH: Eastern Front
is a mod for Company of Heroes. Following the ethos of mimicking a Relic Entertainment expansion pack, Eastern Front has succeeded in adding a full Soviet faction packed with unique and exciting units to the existing armies - a feat never before achieved in the Company of Heroes world.
3

Cry of Fear
You wake up in a dark alley, not knowing anything. What has happened anyway? You struggle after the truth and answers. Answers you want to know in the darkness and fear, which makes your heartbeat race like violent blows against your head. Where do "they" come from? What has happened? It's time to head out and find the answers.
2 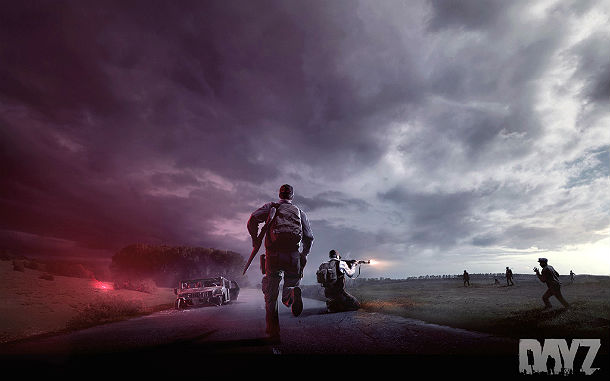 DayZ
A 225 km2 open world post-soviet state wiped out by an unknown infection. Go Solo, team up with friends or take on the world as you choose your path in this brutal and chilling landscape using whatever means you stumble upon to survive.
1 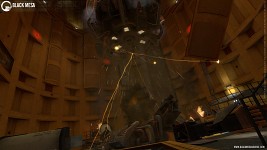 Black Mesa
Run. Think. Shoot. Live. Source. Black Mesa is the Half-Life 2 total conversion of the original Half-Life game. Utilizing the Source engine and its endless array of possibilities and powers, Black Mesa will throw you into the world that started the Half-Life continuum and introduced Gordon Freeman to the world as a gun-toting, bullet-dodging Ph.D. in Theoretical Physics.

I'm happy with this lineup.

I aprove this. Congratz!

Scientist: As I expected.

Too many CoH mods, could've used more variety in my opinion.

There were only 3 CoH mods much fewer than years past when it was pretty much nothing but Source mods due to the popularity. I'm liking the variety this year. Congrats and looking forward to trying some of these out. Congrats NMRiH for another Honorable mention!

Well done to the Misery team with having their mod coming in at 6th place. Congradulations and the whole Stalker community is looking foreward to the release of version 2.0. Keep up the great work. Enjoy the holidays guys.

Congratulations to every team in this list and also to the rest who didn't make it but still pulled off great mod experiences this year.

DayZ deserved it for sure!

Because DayZ is popular. It's cool to hate popular things.

I still feel pretty bad that the mod DayZ itself is actually more popular than the game it's based on, ArmA 2.

Fair line up, I'm happy with the choices we all made!

Mike Hillard did the voice of Kliener in Black Mesa, so it is the same person. Hence the Kliener joke in the end.

Damn! Already beat me to the answer, before i could say it.
:D

Fun Fact - He is also the voice behind the Green soldiers in Army Men III.

As Henley put it it did in fact make top 10 but isn't the first time. It just didn't beat it's previous place so received an honorable mention. Congrats to Third Age once again!

Congratulations a true well deserved mod winner Black Mesa! Also I am happy SWR Production's Rise of the Reds made the top ten as well.

The one thing I mainly miss there is Renegade X, but then again the multiplayer isnt out in public yet.

Congratulations! You guys really deserve it!

Rise of the Reds on 5th!! Congrats to the other mods and to Black Mesa for first place!

To Black Mesa, Cry of Fear, CoH:Easter Front, Rise of the Reds, and Brutal Doom


Although I really wish this mod would have made it in this year's awards.
Moddb.com

This is great year for Misery. We are all happy.

Read the Honorable Mentions to know why....

Daisies is second....Most over rated mod ever....

Bragging rights for a year

Black Mesa's Mod of The Year award has been coming from looooooong time ago. Considering they won the Best Upcoming Mod Award and many Honorable Mentions after that due to a mod that has won the award previous year can't be awarded again.

Honestly, too many source mods shouldn't be a problem simply because source is just an engine, meaning that the mods can be about anything. On the other hand, CoH mods will almost definitely all be about WW2.

what about modern combat mod :V?

Agreed, the mod is awsome!

4 honorable mentions that means mods can still be perfect over the years!!!

Where is Men of War?

men of war no mod D:

i think it was pretty obvious

I wouldn't have placed DayZ as high in it's current state. Maybe after a few patches and some more features.
Black Mesa too is undiserving if you ask me. It's basically a re-make of Half Life 1 from what people have told me. Who can call a remake Mod of the Year? The assets might be original work, but none of the ideas behind it are.
RotR will always be my #1 for this year, and probably the next. :)

Many mods are inspired by other projects whether game, film, etc. It is not only the inspiration that fans flock to but the hard work the modding community support. Also helps if you actually play the mod and appreciate what's new before judging a game by preconceptions. Still most importantly it's "Player's Choice" and that means they've grabbed the attention and support of more players making it difficult to argue. We all have our own personal preferences, they just had the majority.

You dont need to mention "some people's" hints if you personaly try it. Besides its completely free.
Please give it a try.

Black Mesa does deserve MotY, the team took 7 to 8 years to get it to the current version, also the community as well as Valve (the devs of the original Half Life) gave it attention and support, so please, think before you type.