Dev4Play has already released several games and they continue to work on new projects, including Motorbike Garage Mechanic Simulator. At first glance it’s just another small studio like many others. Except it’s not.

Posted by NoGravityGames on Feb 8th, 2018

First of all, Dev4Play is not a group of friends working out of a garage with nothing more than passion. It is not a small corporation with rigid rules and tons of procedures either. They have a publisher with whom they have been collaborating for the past few months. The team itself is not that small, as it has about 30 people working on different projects. In addition, the fact that the studio collaborates with a publisher does not translate to losing independence.

Indie with a no-drama approach

I’m sitting at the studio’s HQ in Warsaw, talking with Paweł Byliński, one of the programmers who is currently working on a game with a self explanatory title, Motorbike Garage Mechanic Simulator. We are talking about the philosophy behind the studio. One can say that they are much more indie than other small developers. Work in Dev4Play is less a 9-5 job and more like being a part of a collective or commune. The developers work like they want, though Paweł tells me that they like their work so much they often spend 15 hours or more working.

However, if you’re looking for the typical drama so popular in the industry, you’ll be disappointed. It’s not a story about a group of people who left their corporate jobs to make video games; who had to mortgage their homes to spend money on equipment and a place to work; who crunched so much that their relatives and friends left them. 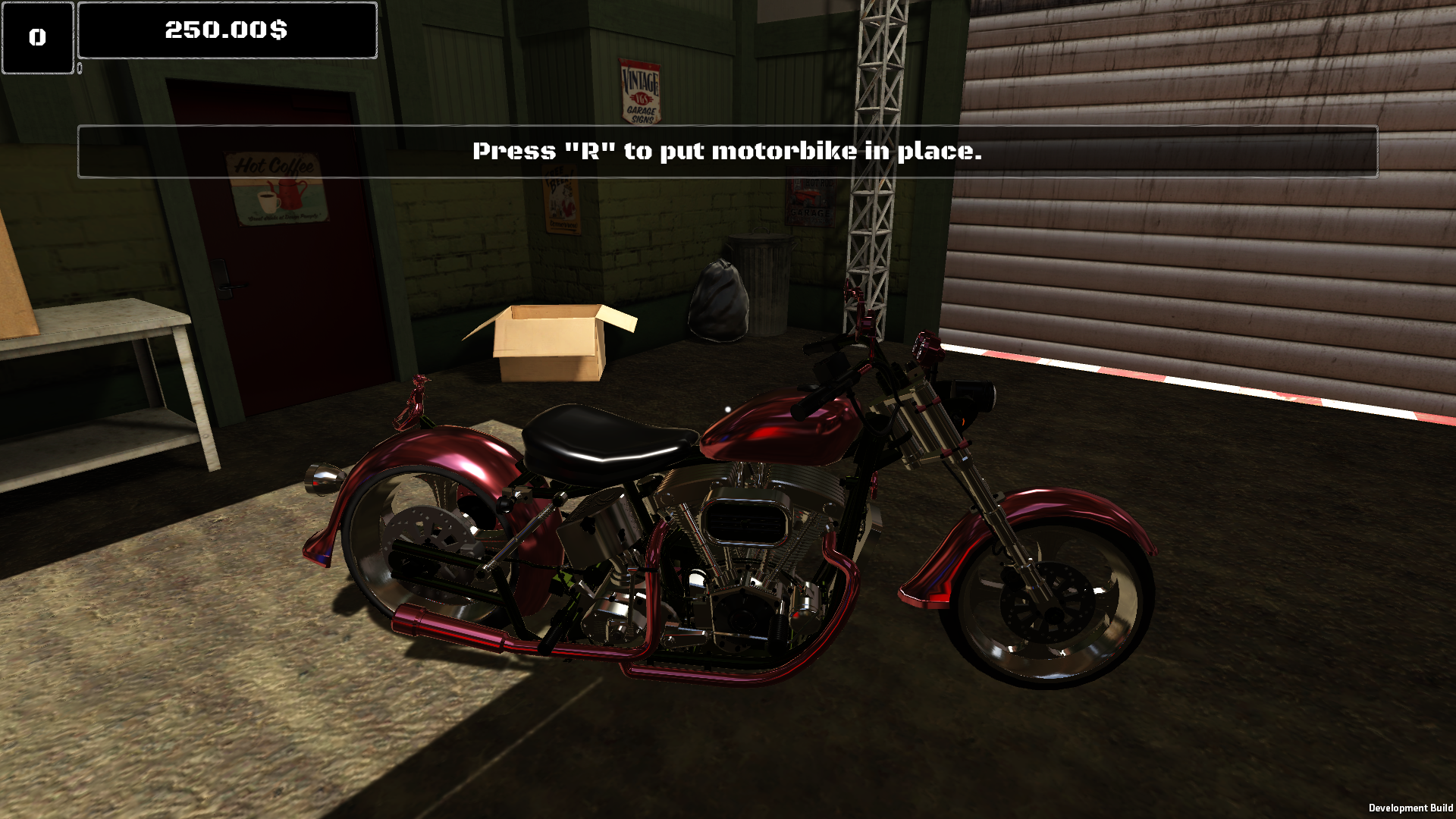 Even though they sometimes spend their whole day at work, there’s nothing to prevent them from taking a brake to take care of something else.   But this is not the most interesting thing about Dev4Play. It turns out that to become a team member you don’t even need to have any experience making games!

Let’s say you’ve always wanted to make games, but you lack the experience to do so. You’ve watched every YouTube tutorial, bought some books, even applied for an online course. But no matter how hard you try, there’s always something holding you back.

That’s where Dev4Play comes in. Senior members of the studio will teach you everything they know. What do they ask in return? Your commitment to one of the projects. If you’re good enough and have something interesting to share, you’ll get to become a permanent member of the team, work full time and even make your own game one day. 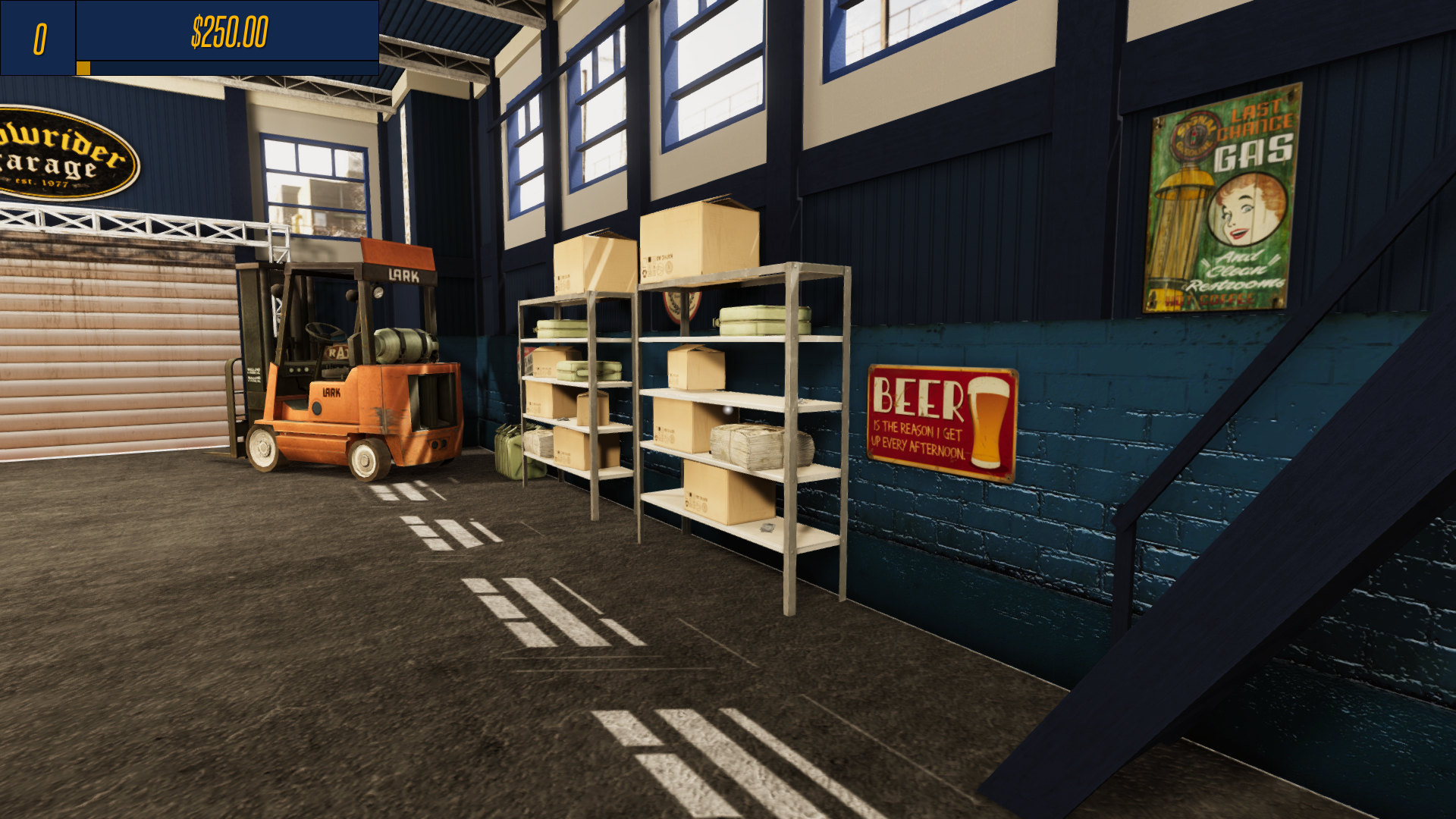 Okay, but does it really work? Doesn’t employing fresh people and teaching them from scratch cause delays and overall chaos within the company? And, more importantly, isn’t a team of qualified professionals more efficient?

“When you take on people with experience from previous projects, you never really know what they were actually doing, how they were working and how they’ll fit in. In our case, we become familiar with one another, we know what to expect and our team knows what to do,” Paweł explains.

That’s not to say Dev4Play will forever remain an incubator for beginners. Once enough people decide to stay and the team has its final form, the studio will switch over to working in larger groups focused on fewer, bigger projects, instead of doing many smaller ones. 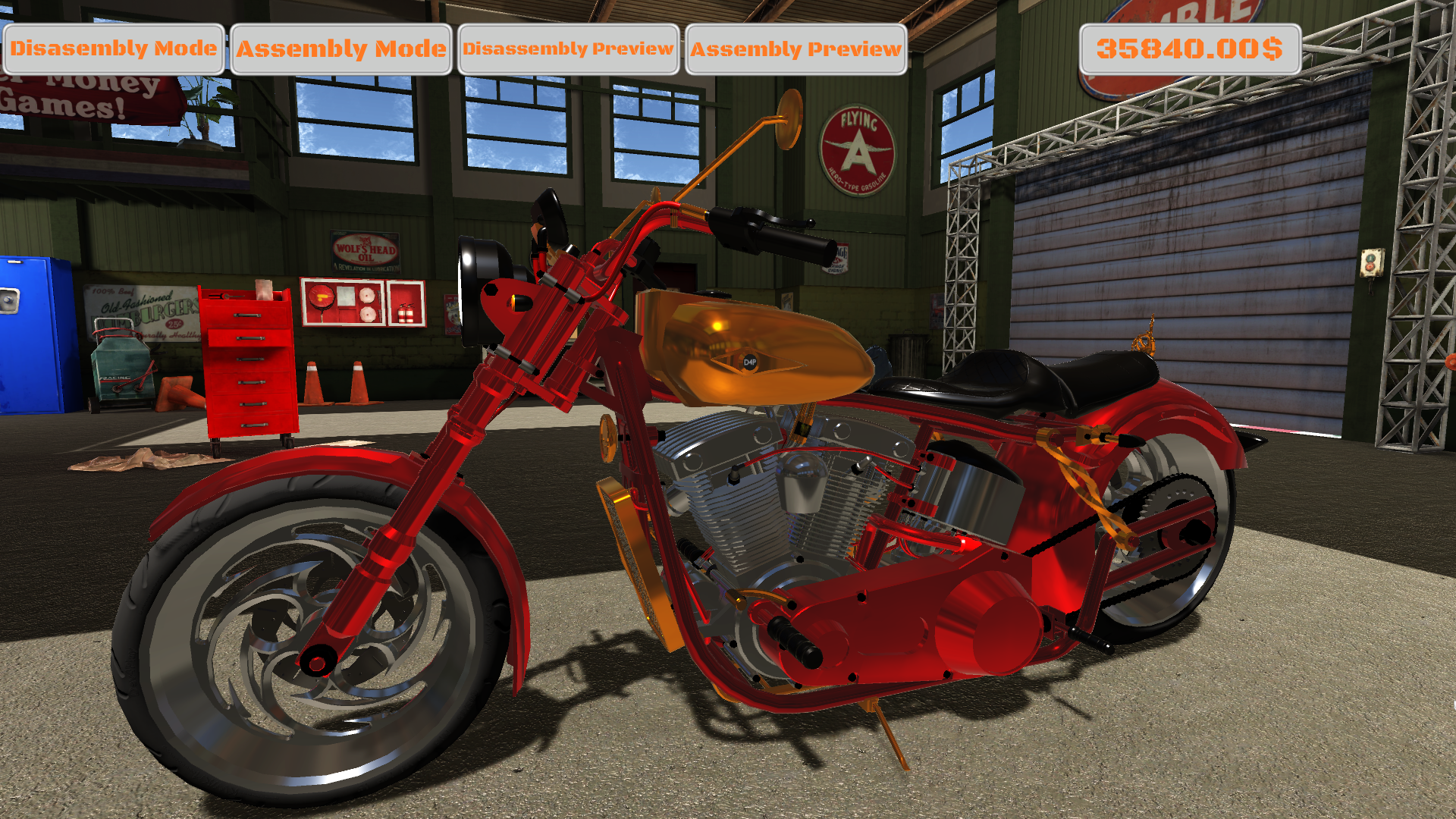 Birth of the bikes

As impossible as it sounds, it actually works, as you can see in their latest production, Motorbike Garage Mechanic Simulator. It’s been in development for the past eighteen months, half of which is under the publisher. It’s a… well, it’s a game about being a motorbike mechanic.

In the game you own a garage and accept jobs to earn money and XP. You work on bikes – choppers to be exact, which means you get to work on heavily customized vehicles which you can mold to your liking.

When playing the alpha version, I never once thought that Motorbike Garage Mechanic Simulator could be the work of only two people. Surprise! Indeed it is, at least on a permanent basis; the rest of the team sometimes contributes, but are more focused on their own projects. What I saw, however, is the attention to detail – the motorcycles consist of over 260 parts, most of which can be freely changed to meet the expectations of in-game customers. And it’s not just about picking a red fender or a green one – each of the customizable parts has ten variants that the player can choose from.

Although there are a lot of simulators on Steam, we’ve not had the possibility of picking up motorcycles yet. Paweł saw the niche and went for it. It was an analytical decision rather than the result of being a passionate mechanic. This is a direct reflection on Dev4Play – they are stable, professional and calculated. 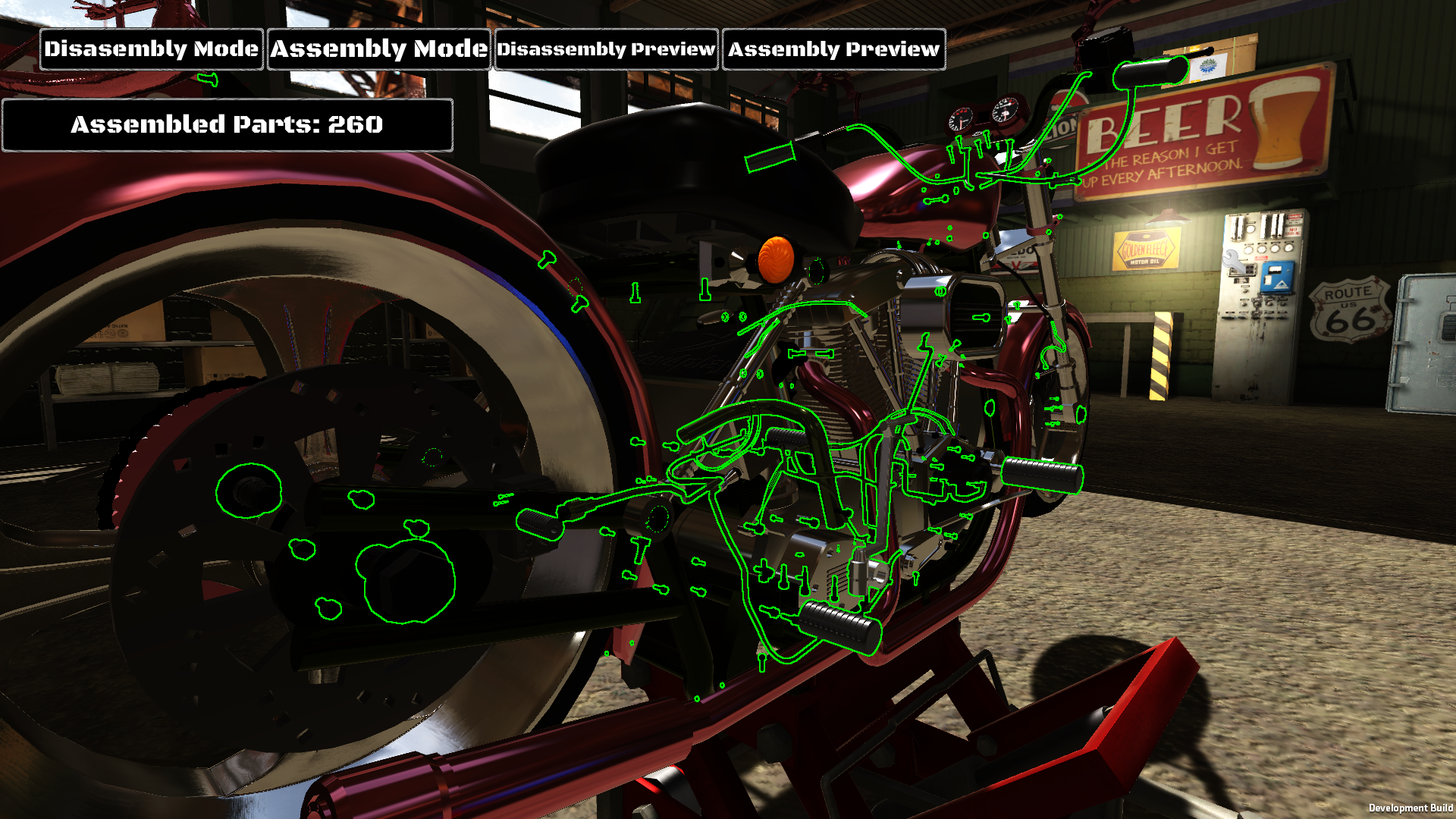 Steady as she goes

And just as there was no drama in establishing the studio, you won’t find it in its everyday functioning either. Sometimes someone will leave because it turns out that working in a group is not for them, but there’s nothing dramatic about it. “Sooner or later you will find something that will seem like an impassable barrier,” Paweł says. “So you either take advice from the more experienced colleagues and deal with it, or you leave and start doing something else.”

It’s the same with the criticism. Everyone in the studio knows that it’s impossible to please everybody, as much as they’re aware that people on the internet can sometimes be jerks. No one makes an issue out of someone writing a few bad words about either the game or the studio itself.

If the game seems interesting to you, please consider adding Motorbike Garage Mechanic Simulator to your wishlist