This article is for those who are interested in the modding aspect of Jarvis. This has only been mentioned but not really shown until now so I figured I'd write a little about it. If you are a level designer or just love modding this might be a fun little toy to play around with!

Before I begin, a quick reminder:

Every vote counts, thank you!

Now onto the editor!

As you may know Jarvis is a metroidvania game where you explore a fairly big world. In order to do this I made a level editing tool to make the creation process simple. Starting as a Developer-only tool it eventually grew into something that an end-user could easily play around with. Let's have a look! 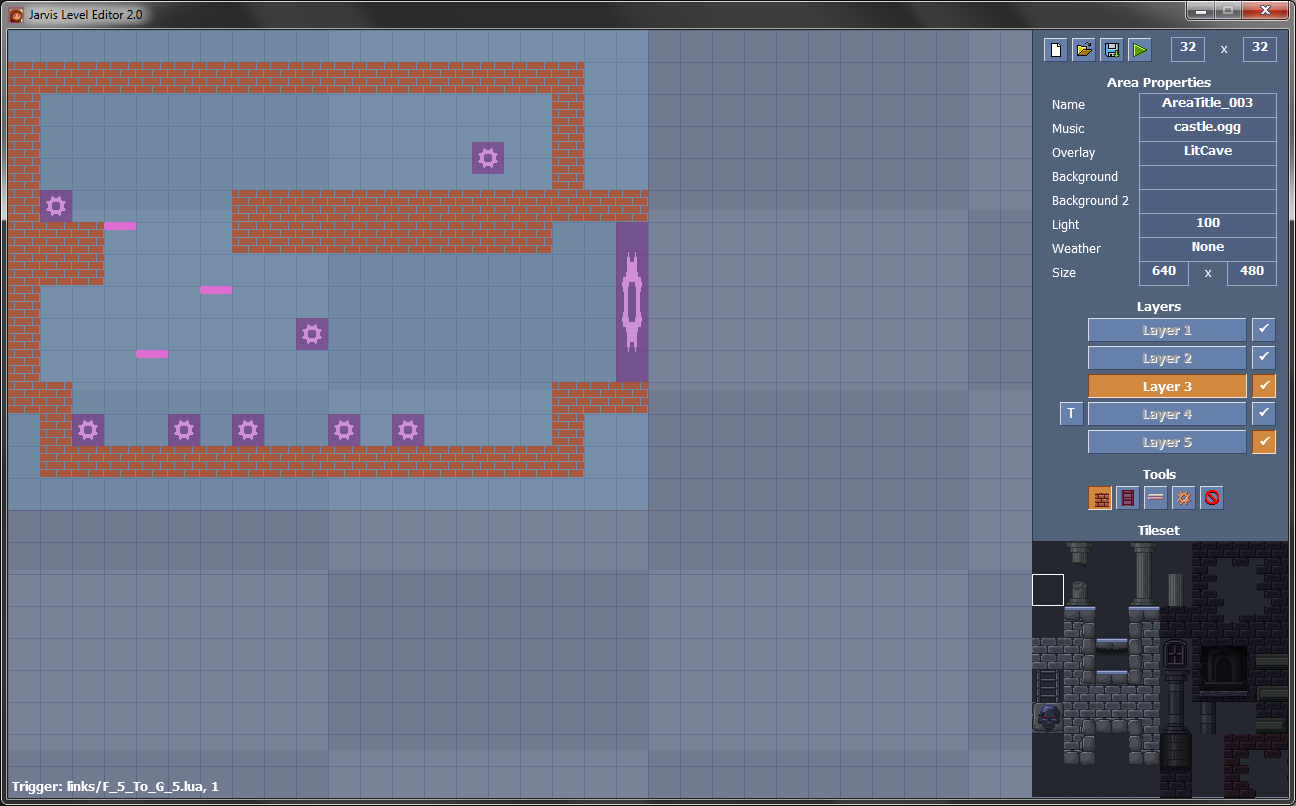 The editor of Jarvis is fairly basic in design. You have most of the necessary tools available in one single window. Here's a bare-bones look of an actual area in the game. The editor interface is divided into several parts:

Frame Area
In the Frame Area to the right you'll see Obstacles, Platforms and several Triggers placed. The light blue zone is the size of this particular scene.

Properties
To the left you'll see the Properties section where you'll find several parameters for the scene.

The properties are:
Name - The name is derived from the language file with the key name AreaTitle_003, this is to support eventual localization.
Music - The song to play while in this scene.
Overlay - Ontop of the scene there you can attach an overlay effect, in this case LitCave, a dark blue tone that works well for rooms devoid of a light source.
Background 1 & 2 - The game is capable of parallax scrolling, hence why there are 2 background inputs.
Light - The light parameter affects how much the light radius around Jarvis should affect the scene by a value from 0 to 255.
Weather - If you'd like to have falling snow or such in the scene.
Size - The dimensions of your scene.

Layers
Underneath the Properties you'll find the Layers, these are basically what determines which Tile renders above another tile.

The layers are as follows:
Layer 1 - Far Background (wall tiles in the distance)
Layer 2 - Mid Background (props like torches and ladders)
Layer 3 - Collision Layer, no art tiles on this layer.
Layer 4 - Foreground, this is the main layer basically where you'll put the walls and such
Layer 5 - Close Foreground, this layer renders above all sprites in game. Very handy for secret areas!

The check-mark icons next to the buttons enables/disables the visibility of a layer. You'll notice I only have two layers visible 3 and 5(which is empty anyway).

Tools
After the layers comes the Tools, from left to right;
Obstacles - Walls, blocks player movement and some projectiles.
Ladders - Those things you can climb.
Platforms - Behaves sort of like obstacles but you can slide through them
Triggers - These executes external scripts either automatically or by colliding with them.
Block NPC - An invisible wall that only affects NPCs(useful for enemies that likes to wander off cliffs).

Speaking of Triggers by the way... 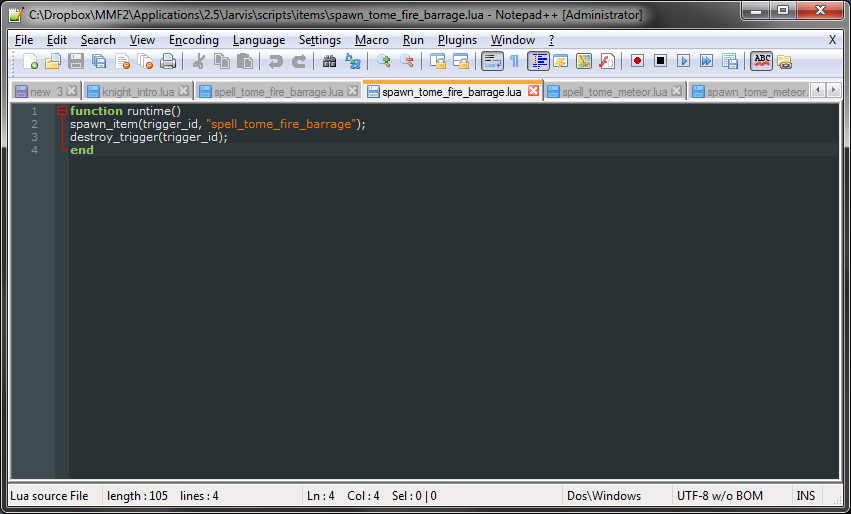 The triggers are merely executing external .lua scripts that you can edit yourself. You can also create your own scripts. The game already has a wide selection of scripts at release in case you're not much into that sort of thing though.

Tileset
Underneath that you'll find the Tileset, not much to say here. Pick a tile from the set (which you can also edit in an image editing software such as Photoshop) and make sure you are on the correct layer then start painting away!

Here's how the same level look like with tiles. 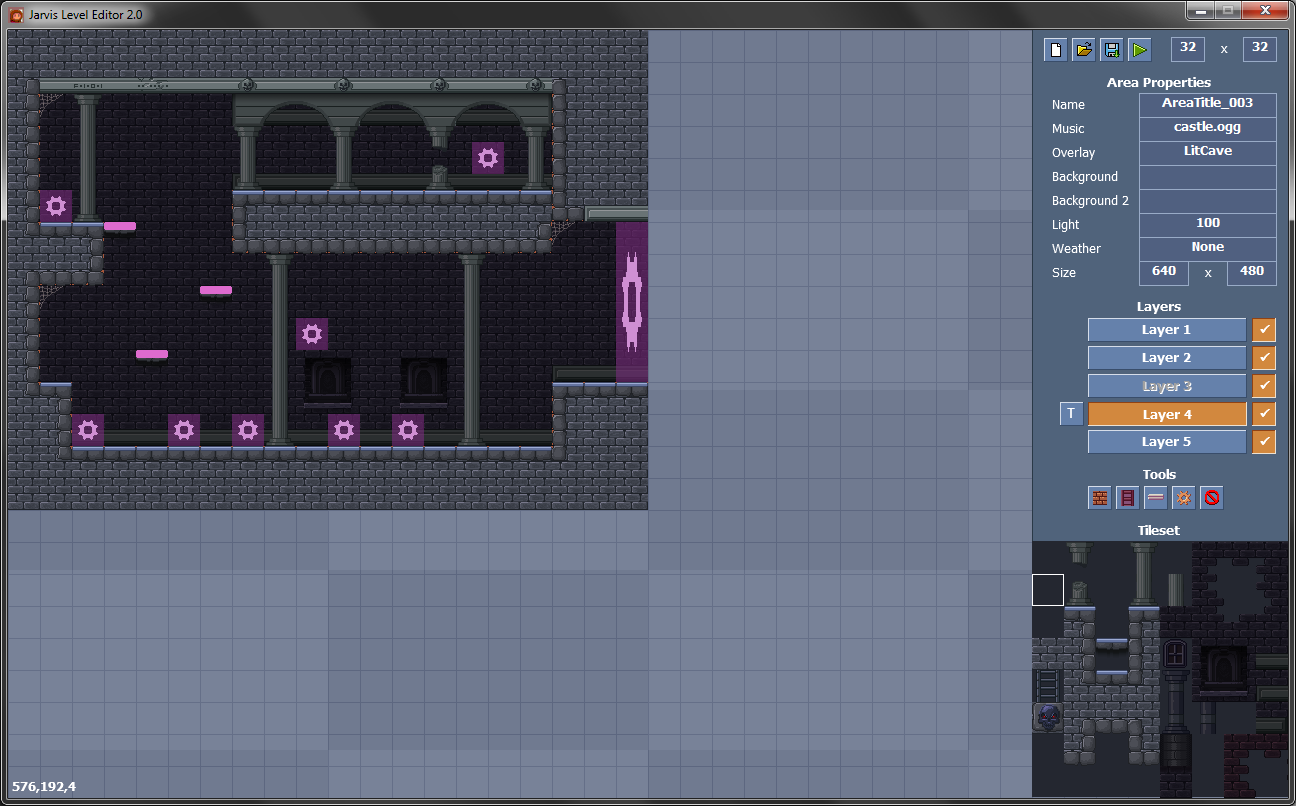 At this stage your scene is more or less done. You should be double checking that everything is on the correct layer, all properties are in order, etc.

And then when you are finally done you can with the click of a button test out your scene right away: 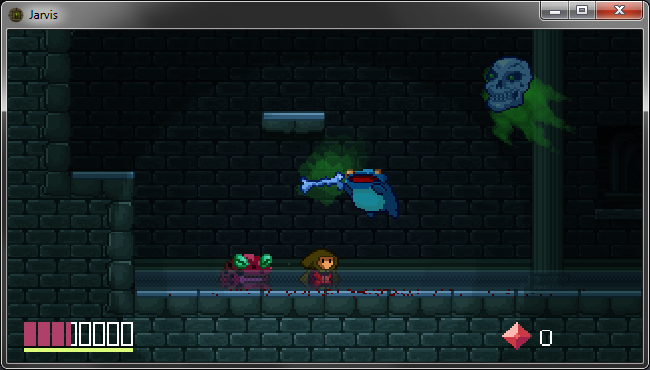 And thus we learn that Toxin Frogs are fond of undead ghost bones.

That's the Level Editor - It'll ship with the game as an official modding tool and you'll be able to create your own scenes or even change the core game if you'd like.

Since the game is still being developed there is a good chance some things are going to be changed or even added to the editor before release. Those changes are most likely for the better though!

If you like to see this game on Steam please help us out on Steam Greenlight!