Background story for the Kingdom of Swangarde.

The Kingdom of Swangarde was formed before their scholars began documenting their history, but they hold the plains northwest of Lake Aerune. Swangarde initially held the snowy north, as well as the swamps and forests where they would later found their capital, Lomrade. However, they were never truly prosperous. Even the land that wasn't covered in snow couldn't be farmed, and the land that was snow was too barren to gain any trading goods out of. Other nations regarded Swangarde as an equal kingdom, yet regarded their lands as worthless and unusable. Swangarde used the pre-assumptions to their advantage, using the opportunity to bolster their fortifications, and fielding an army worthy of respect; though not uniquely powerful.

A village in the swamps of Swangarde, known as Mystmyre for it's fogs which seemed to rejuvenate the soldiers, soon gained repute as a trading port, as boats could travel down the river to the Estmere capital of Valencaden with herbs from the forest and swamp surrounding Mystmyre. Soon, it grew to be the most prosperous town in Swangarde, even attracting a few curious visitors from Aginnum as they sought to gain the benefits of the mist as well. As foreign nobles paid Swangarde ships significant sums to be taken to Mystmyre, and the herbs growing near the town gained notoriety, the city gained a semblance of renown for the kingdom; especially as an Aginnum waterborne invasion from the river was repulsed in one of the first true demonstrations of Swangarde's fighting ability.

That is until the Hernar under Ragnvald invaded Aerune in 203 A.D. Swangarde's northern possessions were quickly lost, and Swangarde called for aid from the other kingdoms in Aerune. However, each one declined, assuming that the Hernar were simply tribals and that Swangarde could deal with them with their troops. After it became known that a warlord named Ragnvald led the Hernar army, and that he sought an empire in Aerune, the other kingdoms quickly woke up and sent aid to Swangarde in the form of troops, supplies, and declarations of war against the Hernar.

However, even as an Estmere force helped Swangarde, the kingdom still suffered heavy losses, eventually retreating to their great town of Mystmyre with what was left of their army, along with several detachments of Estmere troops. The siege of Mystmyre looked to be a defeat for the Hernar, but the Hernar lord attempted black magic to conquer Mystmyre, poisoning the fog and turning it black. Many civilians died from the poison; but Swangarde still held out until the end of the war, when Ragnvald was finally defeated, and Swangarde regained some of their lost lands. Mystmyre became forever known as Blackmyre, a shadow of it's former self, with only a few brave enough to live there and pray for the town to return to it's former glory.

The Kingdom of Swangarde never regained what little respect they had from the other kingdoms, and became a troubled kingdom after the first invasion, as Blackmyre had remained poisoned by the magic for hundreds of years afterwards. Swangarde remained this way, mostly unchanging until 890, when news spread of Ragnvald's resurrection. The Hernar again conquered the snowy North, as well as Morlanas, from Swangarde.

As of 891, Swangarde prepares again for a hard fight, and this time it may not be one they can survive. They call upon the aid of other Aerunian kingdoms, but time will tell if Ragnvald can be stopped again. The thought of defeat and the memory of Mystmyre drives Swangarde into battle with determination to defend whatever they have left, and never to lose, for to lose against Ragnvald, means death. 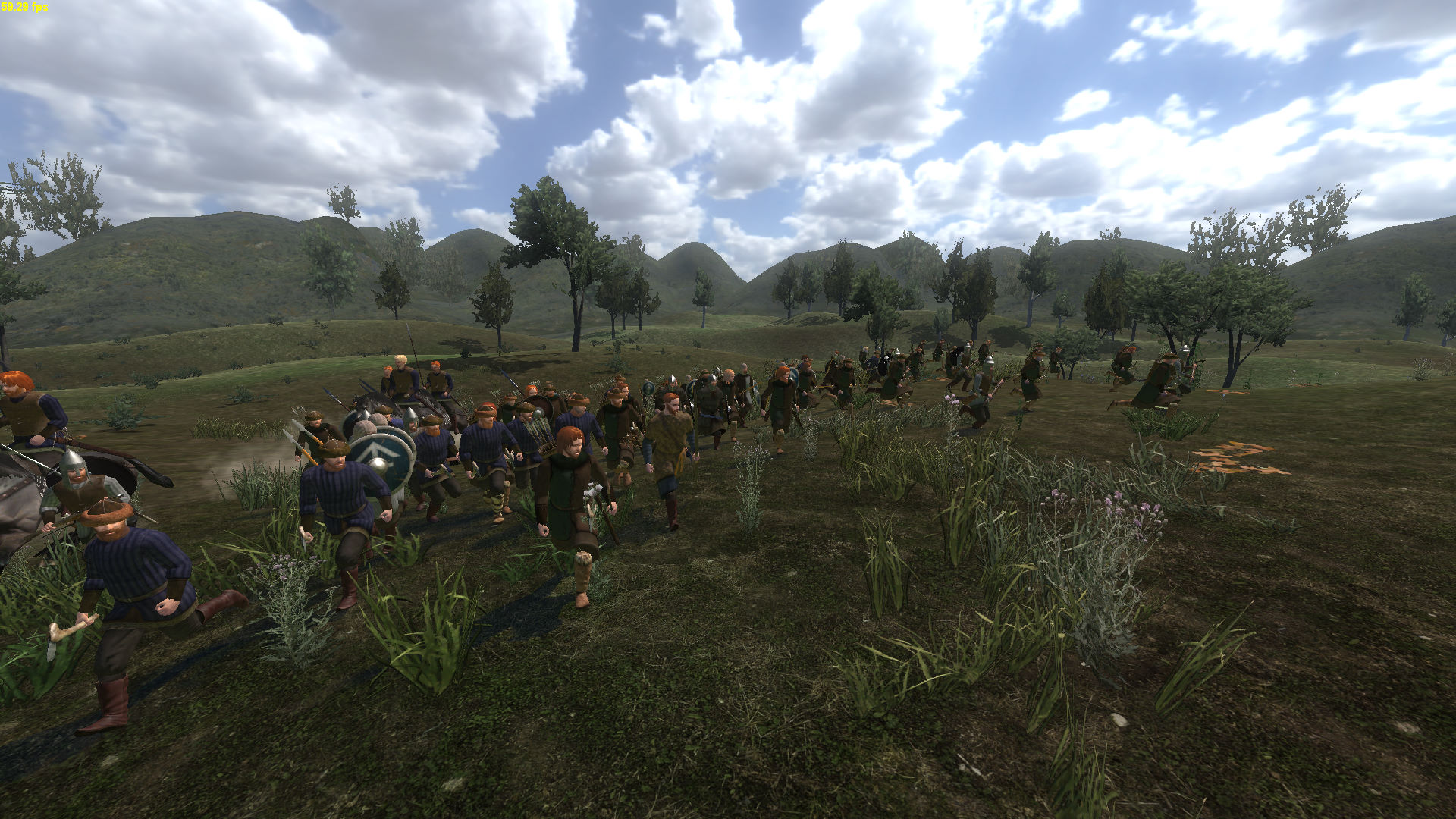 Kingdom of Swangarde in battle.