Killer Clowns is now available on steam!! Killer Clowns is an electrifying combination of inspirations from the arcade classic: Berzerk, and the cult classic film: Killer Klowns From Outer Space. With touches of elements from some of our favorite games like Dead Space and Super Smash TV, Killer Clowns is a tough-as-nails arcade experience from outta this world.

Set in the distant future, Earth struggles for survival due to a shortage of resources. The Planetary Resource Importation Corporation vows to find a future for mankind. Hoping to discover planets rich with useful resources the Andromeda and its crew set to the stars. But rather than salvation, they found a circus from hell. 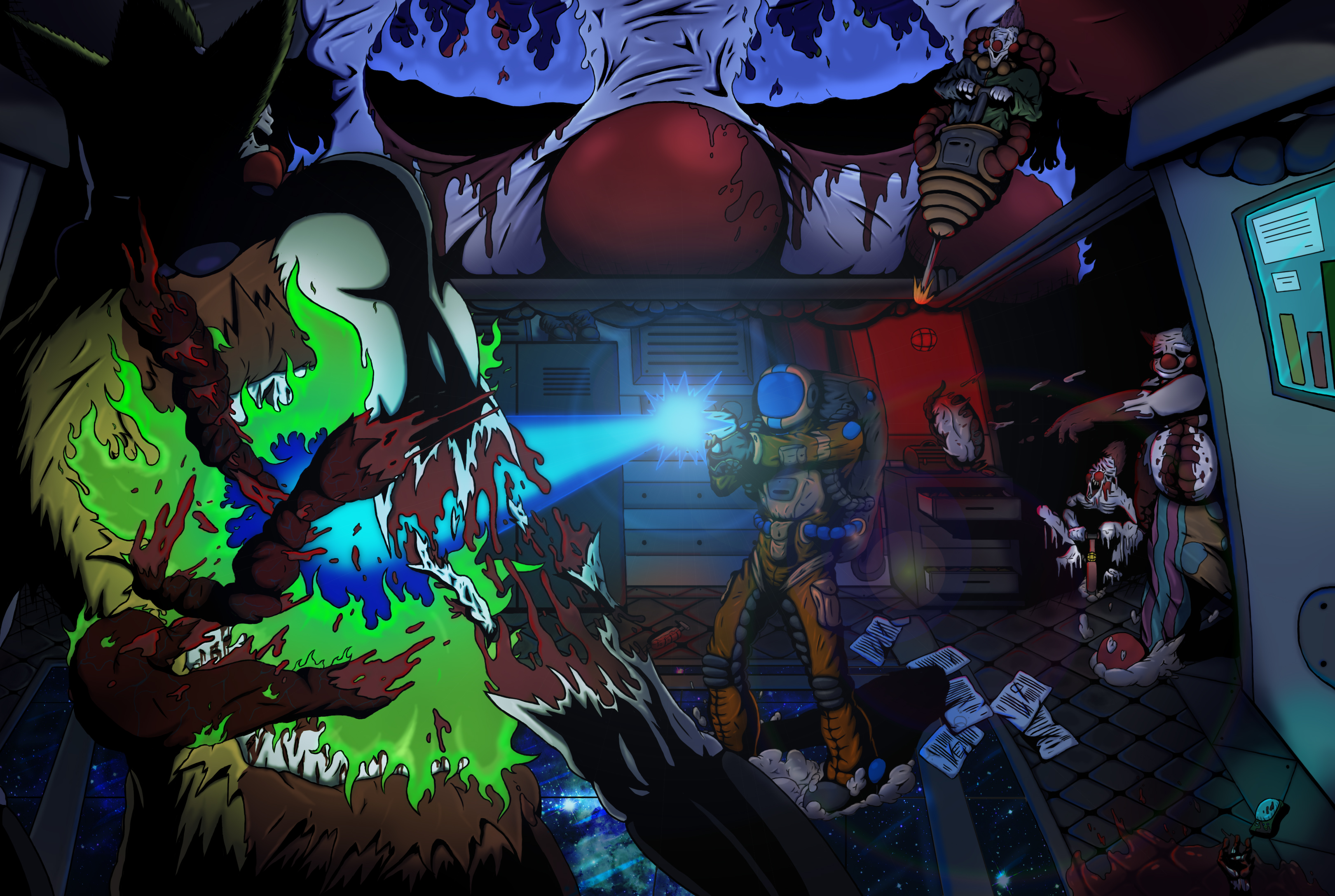 Gameplay in Killer Clowns is very similar to Berzerk but with touches of more modern mechanics and ideas inspired by various other favorite retro games of ours. Players must carefully navigate their Cosmonaut through the labyrinth of a space station infested with mutated killer clowns to escape their imminent demise. As if that wasn't enough, the stations security system has been tripped and all of the walls have become electrified! Players will need to divert focus to both the positioning of their Cosmonaut and of the various bozos lurking around the corner.

All you have to rely on is your wits and trusty blaster.

A shocking experience with lots of freaky Clowns! 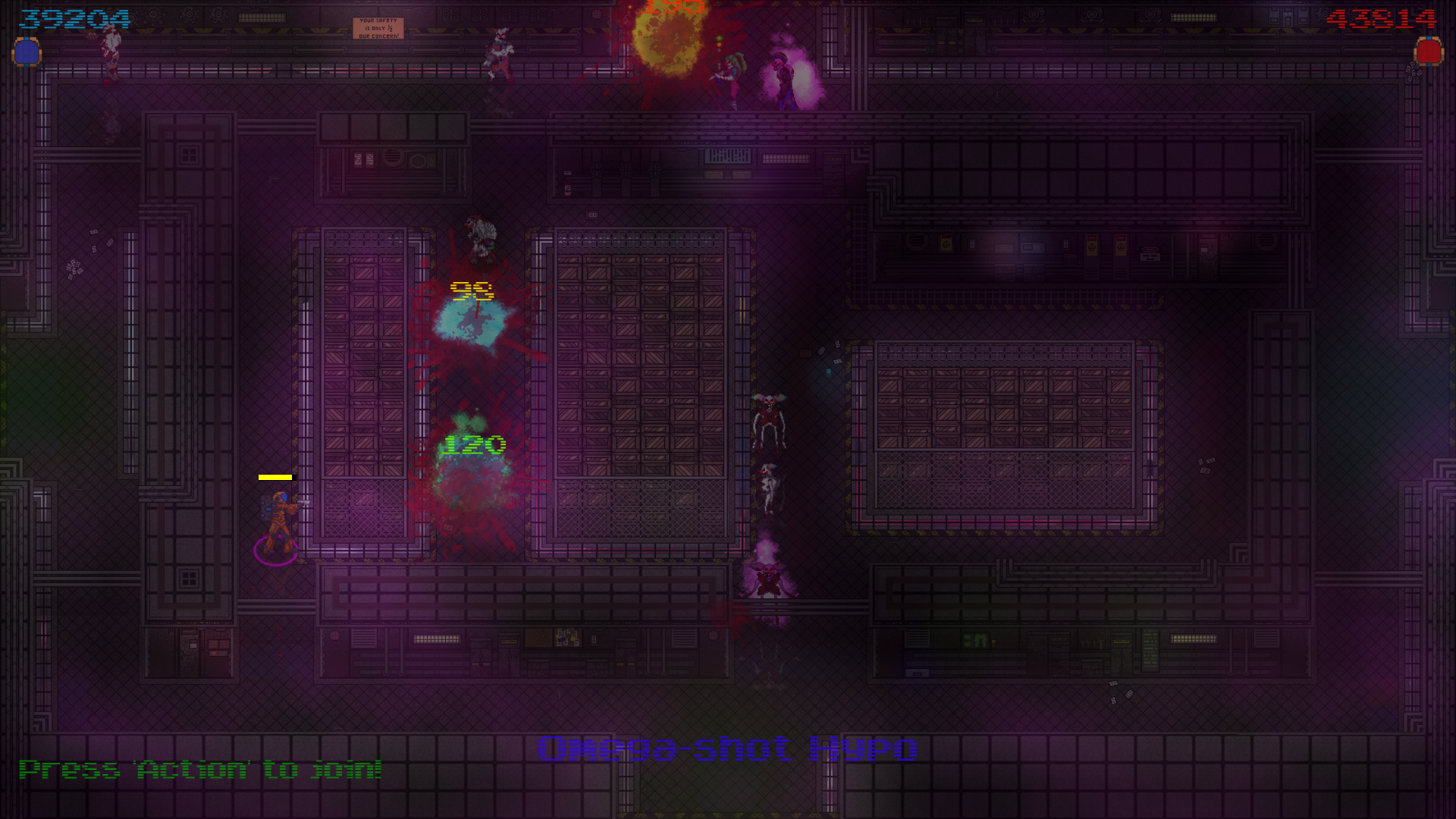 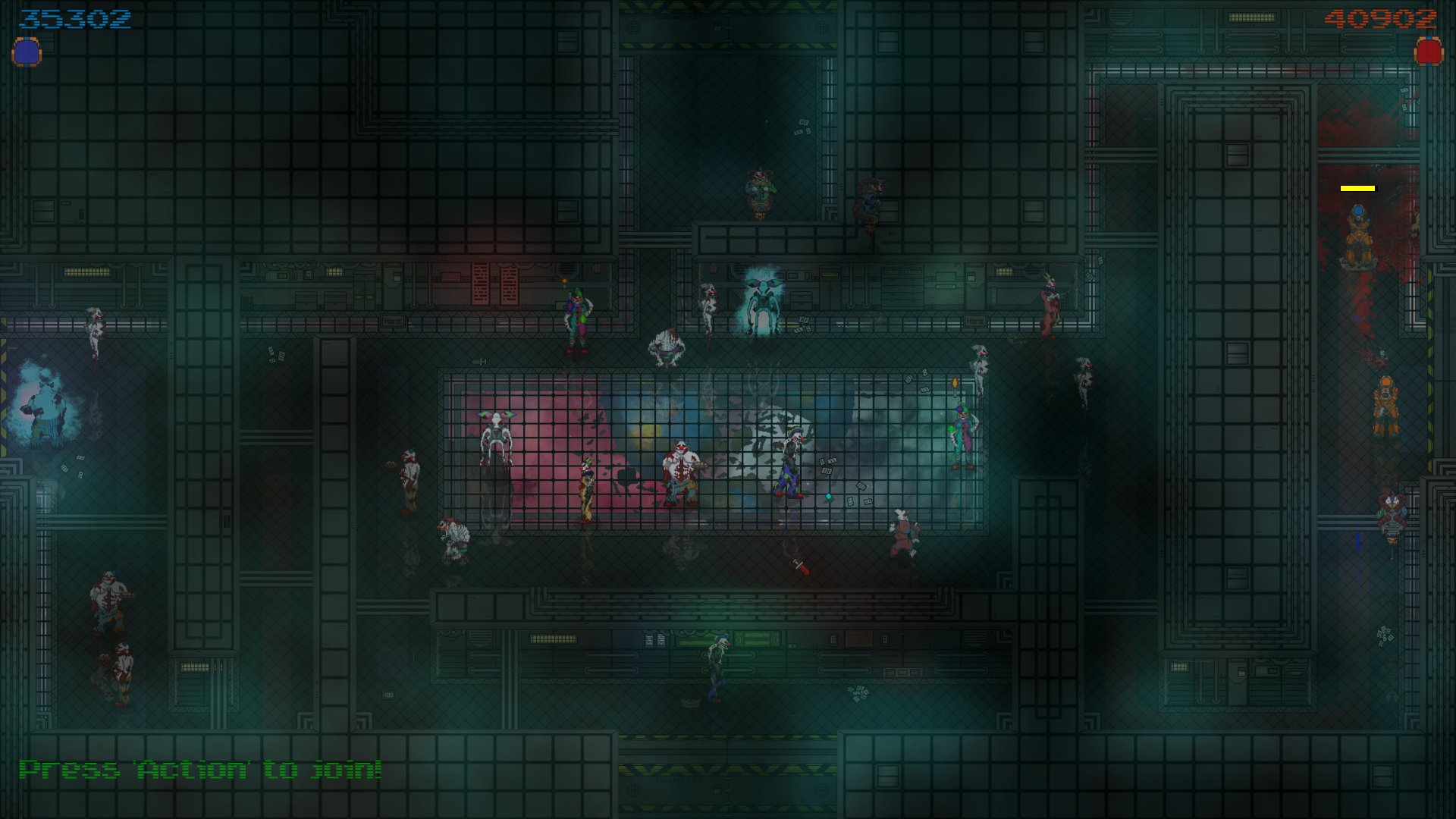 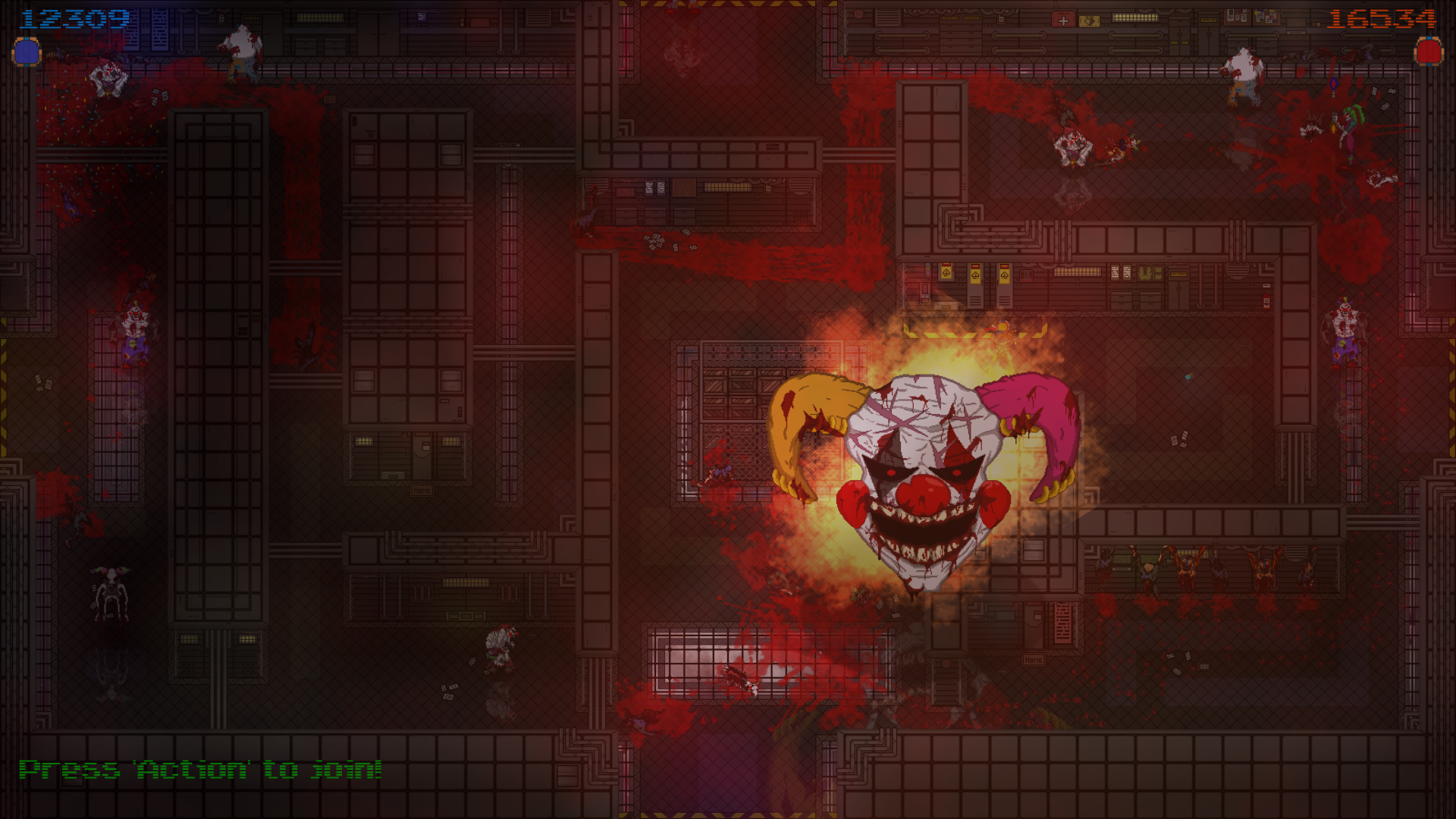 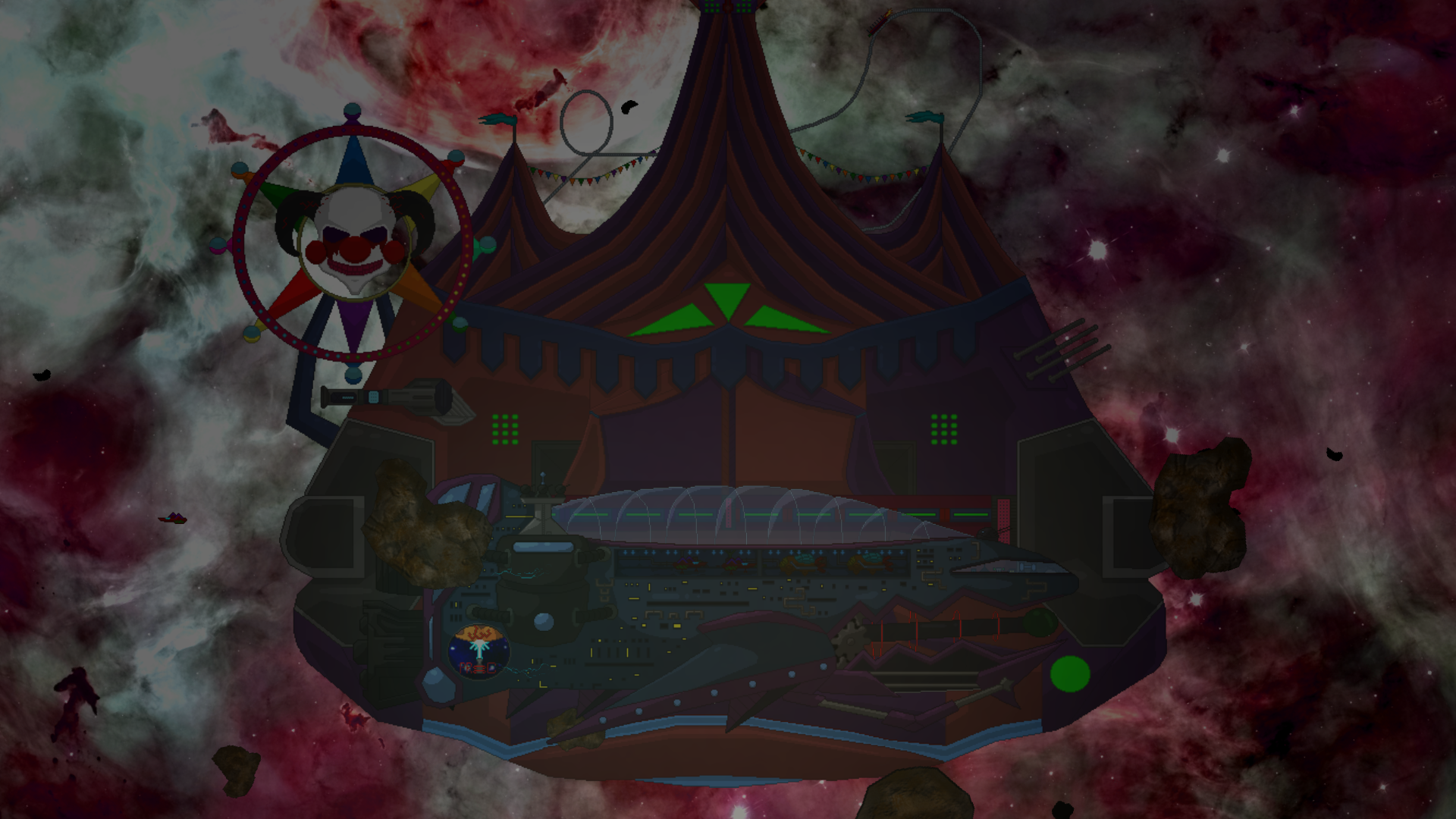 Killer Clowns is sort of a passion project of ours. The Idea came to be when we were about 8 years old, my brother and I were talking with our cousin Ronald about the movie Killer Klowns from outer space when Ron mentioned how cool of a game that movie could make, and we spent a good portion of our day coming up with what we thought were awesome game designs. Little to say the game is a tad different than our original (8 year old) brainchild. But we like to think it turned out much better than we could have ever imagined.

Side note: We disabled the fog you see in the trailer due to popular demand. (but it is in the options menu)

Side side note: The Killer Clowns comic is nearly finished...follow us on facebook or twitter for updates, we will be releasing it for free on our website soon!