Wally is back and has never looked better with his new pals Connie the controller and Mobie the Mobile, find out who gave life to our mascots!

Hey there, tell us a little about yourself and what you did on this years event? 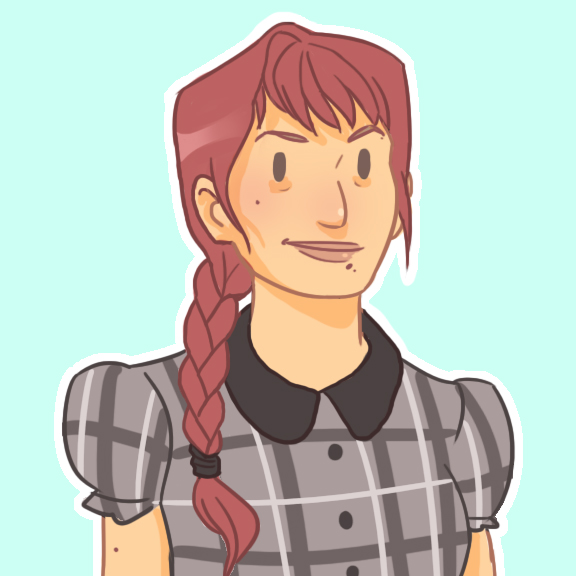 Hey! My name is Conley, and I'm an illustrator with a strong interest in comics and video game concept art from Portland, Oregon. Right now, I'm working on a project for Wolfgame, though unfortunately I can't say much about it at this point! It's been keeping me very busy, though. When I have the time, I'm also working on a couple of independent comic projects with local writers. One is an airship adventure, and the other is a sort of superhero parody. For the event this year I helped to design the site mascots for the contest, as well as designing the trophies, and doing some other illustrations featuring the characters.

How did you get into art and how long have you been in the game?

I got into art at a pretty young age. Originally when I was younger I was certain I wanted to be a paleontologist- until I came to the realization that honestly I just wanted to *draw* dinosaurs all day. When I started to get into video games, largely through late nineties adventure games, I decided that drawing art for games was what I wanted to do. However, despite pretty much a lifetime of doodling all over every scrap of paper nearby, it wasn't until about 5 years ago or so that I started to really crack down and get serious about it.

Could you give an insight on how you created your unique style of art? Where the inspiration came from and your process when creating a new piece?

A lot of my style inspiration comes from animation. I'm a big fan, and it's something I desperately wish I was better at. Finding my style has of course been a long process, and I know I still have plenty of improvement to go ahead of me! 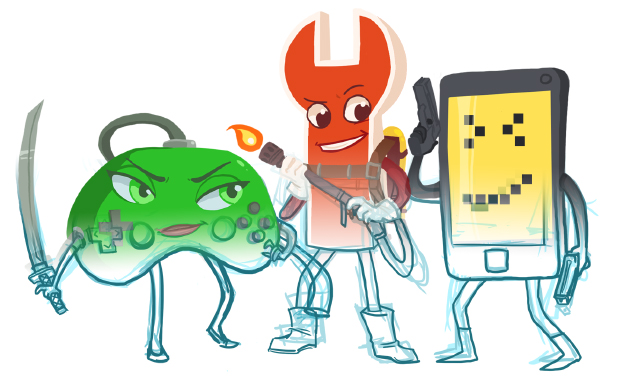 Have you dabbled in any other mediums?

Besides drawing and painting? Not particularly. I'm working on improving my skills with traditional media, after having spent so much time working mainly digitally. I've also dabbled in trying to teach myself 3D modelling... hahaha... yeah that's gonna take some time.

While we worked together what surprised us the most was how you gave our lovely mascots their facial expressions and the range you supplied, can you elaborate on what you did and do you have any advice to give for artists out there trying to humanize their creations?

More than anything, my favourite thing to draw is faces. It's what I've probably practiced the most! I think drawing a lot of inspiration from animation has been a great help in this area. I also tend to make a lot of faces at the screen while drawing, thinking about how faces act and making exaggerations. But of course, the best thing anyone can do when trying to improve their art is to just do a lot of observing and drawing from real life.

You have mentioned animation one of your main inspirations, is there anything in particular you would highlight as a must see? Like maybe early Walt Disney, Pixar or a particular Anime?

Not really in particular, I have a lot of artists that I look up to. You mentioned Disney: for that, while it's not my favourite movie or anything, I'd totally recommend going back and looking at Sleeping Beauty. It's got a lovely art style, and amazing craftsmanship. Those backgrounds, holy crap! And as far as anime goes, my biggest artistic inspiration there would have to be FLCL. It's bizarre, zany, and colourful, and I love it. There are a lot of great cartoons out there on TV right now, too! Inspiration everywhere!

One thing that I would really love to see more of in games is a greater variation in artistic style, and a willingness to be more daring. It's sorta dumb, but art style can totally make or break my willingness to play a game.

WAFFLES. Even in my teeny tiny kitchen, a large portion of valuable counter space is devoted to a nice waffle maker. A necessity for every kitchen!

Fantastic how can we find you on the Internet?

I can be found at conleysdoodles.tumblr.com or conleydraws.com. I can also be found on twitter @conleydraws. More information about the project I'm doing for Wolfgame will be at wolfgame.com when it's available!

Loved the drawings! I use them on my articles since they've been on the MOTY awards! Excellent work!

Conley is all about waffles.

Amazing artwork - thanks so much for the time you put in, the mascots for this years awards look amazing

The art was excellent this year, well done!

You did a great job with the mascots.

I like the most the yellowish one with its rare face!

2012 Indie of the Year Awards Event with 85 members