Posted by DanijelMihokovic on May 2nd, 2019 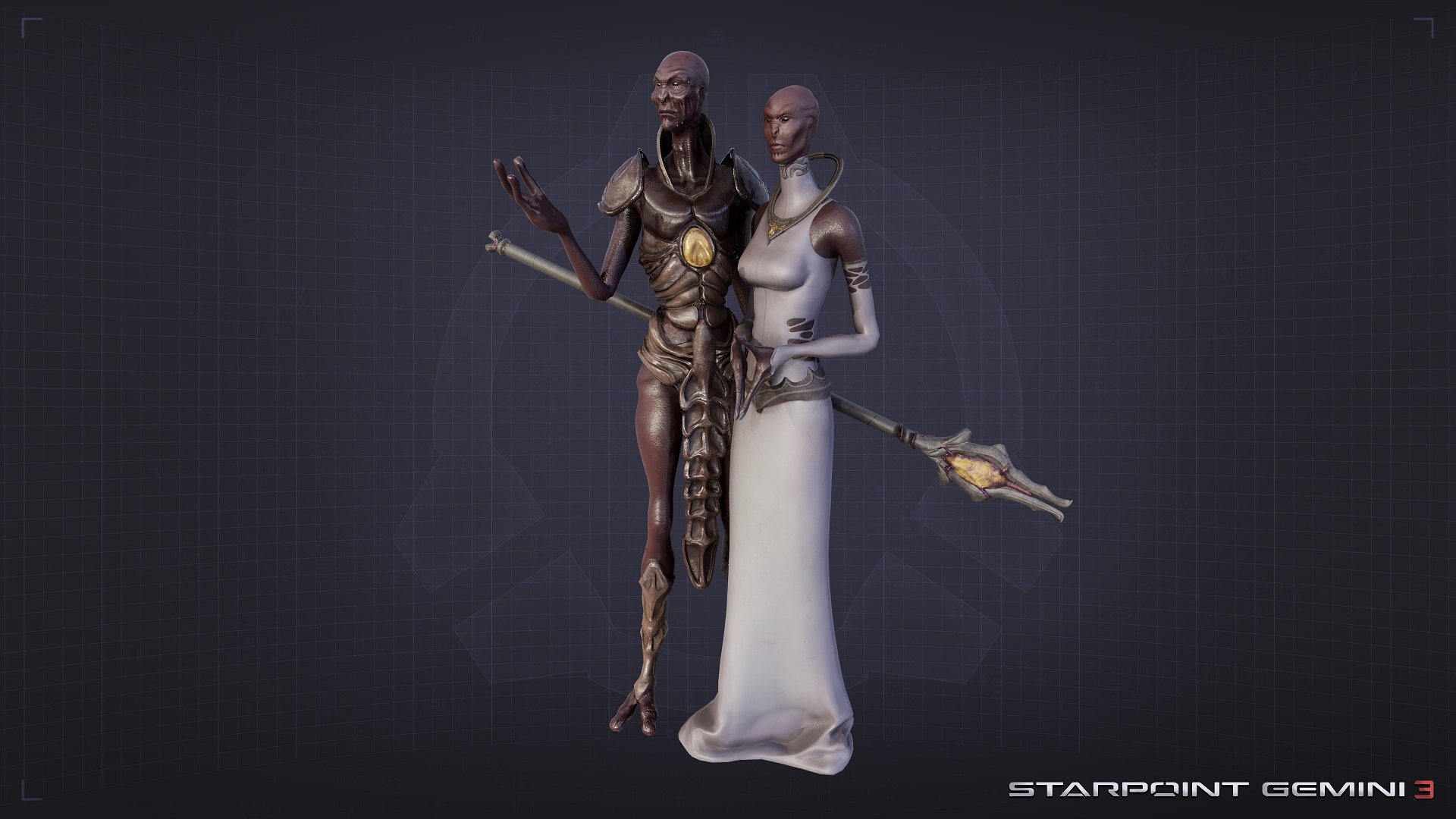 Face to face at last

This third Devblog offers more information on one of the most significant changes we're introducing to the Starpoint franchise. Many of you noticed this change and asked numerous questions about it, so it is good time to reveal more info, but without spoiling too much of your future game experience.

One of the most important parts in this new approach were characters. You already learned humans aren't alone and alien races exist and share space with humans. But instead of offering aliens as a mere additional variable in the global scale of events, we wanted to give players a chance to really meet them face to face. See them firsthand, talk to them, observe how they adapted to living in mostly human populated territories. In addition, why wouldn't you visit their planet and learn how they live and what their ordinary day looks like? In Starpoint Gemini 3 characters are here to tell a story (both visual and in the sense of spoken words) and to show the player that they are real living creatures forced to survive and secure happiness in the same surreal circumstances as any other human. Each tragic event and each battle from the past left a scar on Gemini and everyone living there, be that human or alien. They might have different perspectives on many of these events, but the effect on their lives is profound regardless. 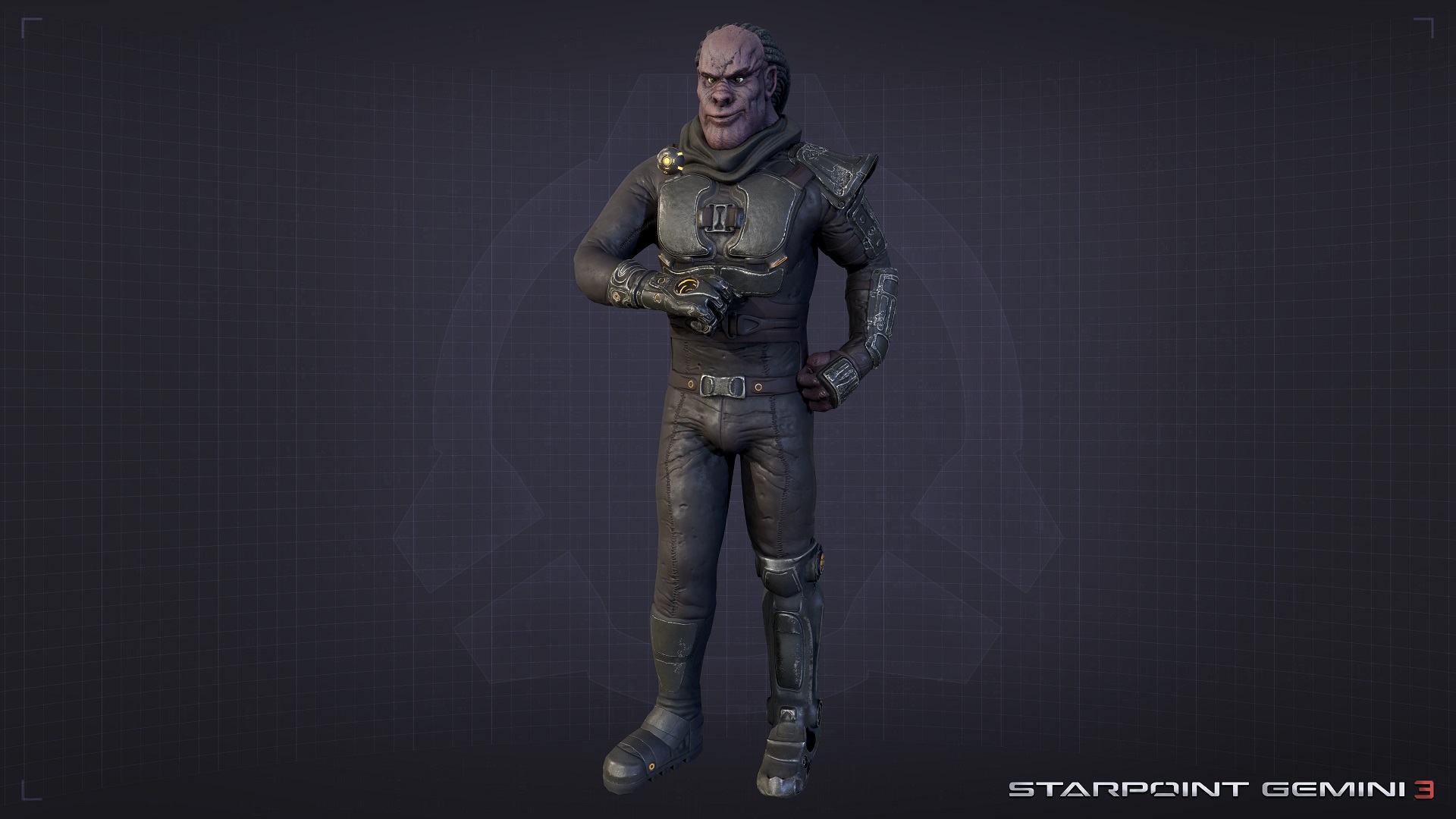 Given the fact that we still opted to keep our own game engine for Starpoint Gemini 3, and the fact we never used characters on this level before, creating the necessary technical support for this feature was a daunting task. First, our WhaleX engine had to be upgraded to receive and render high quality character models at all. Next, these characters don't just hang around drifting in space. They need to be placed in closed spaces, environments and rooms. That was also something we used before only in a limited capacity. It took several months to prepare the engine for the usage of internal spaces, appropriate lightning and details rendering. After that came the biggest task of all – the characters now needed to start talking and expressing emotions. Introducing blend shapes, proper expressions and speech synchronization proved to be very challenging. The selection of technology to record shapes and software to implement it took another few months, but when we first saw Remo Bo talking to us and making funny faces, we all knew it was worth the effort. He was, among other characters, now ready to tell his story and that felt awesome, especially for the things to come. 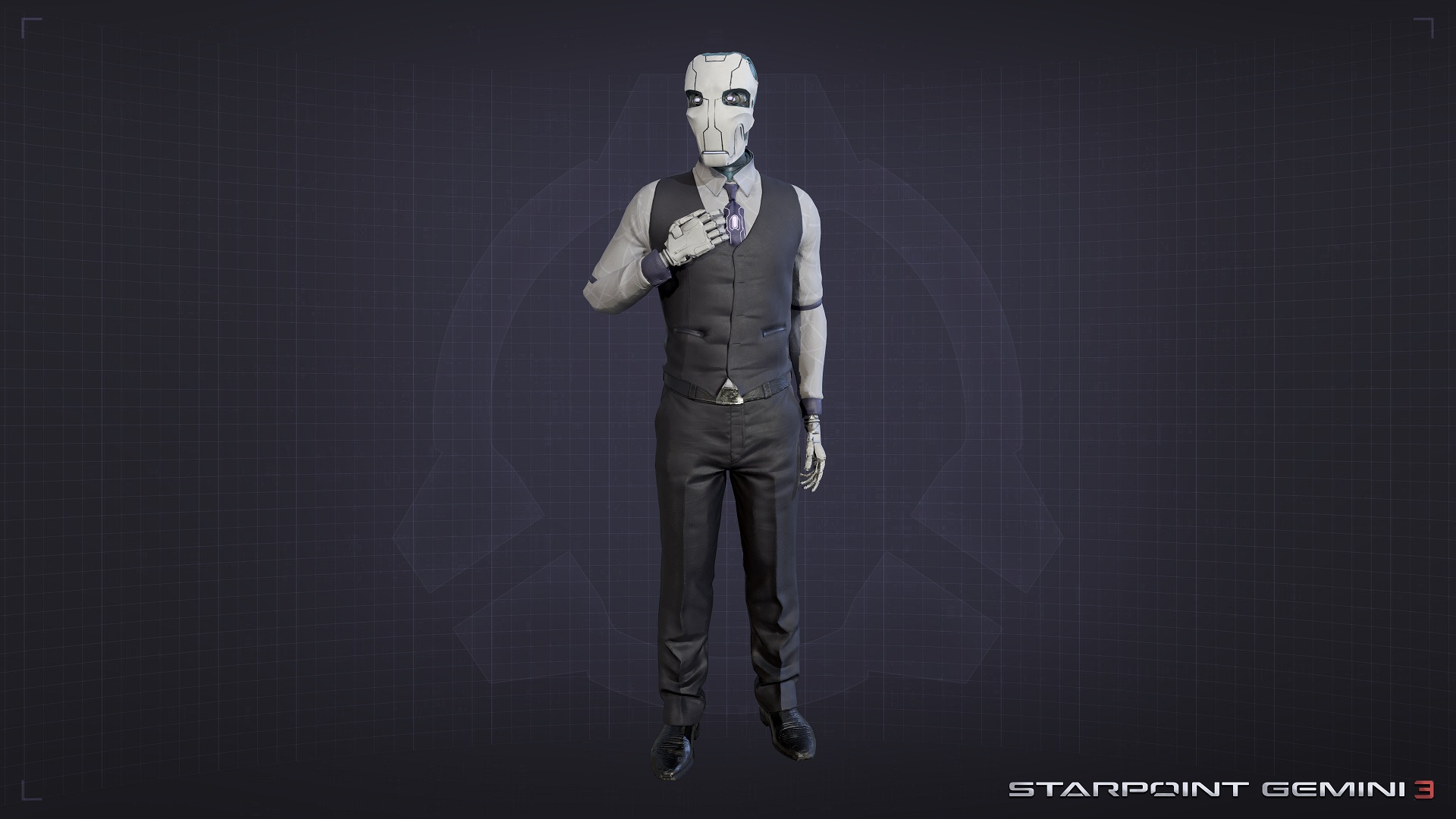 Pushing further than ever before

Ok, so an Exteran bartender smiled at us and offered us his first drink. That meant testing time was over, and we have established a system and a workflow that works. The available options suddenly expanded, and we wanted to use it to the maximum extent possible. Character lists were created, the storywriter gave them personalities and backgrounds while the animators worked their magic to give them life and expressions. Doing this for the first time was both fun and hard with problems appearing from everywhere. One day a Dogon alien is trying to relay a serious message to you when his teeth suddenly fall out. The next day a local trader is giving you a quest, but his body goes somewhere else and you find yourself talking to his lonesome floating head. Hey, we're not making a horror game, so this was freaky to say the least. It took some time to sort these glitches out, but in the end, we were happy with the overall quality and the impact we achieved. 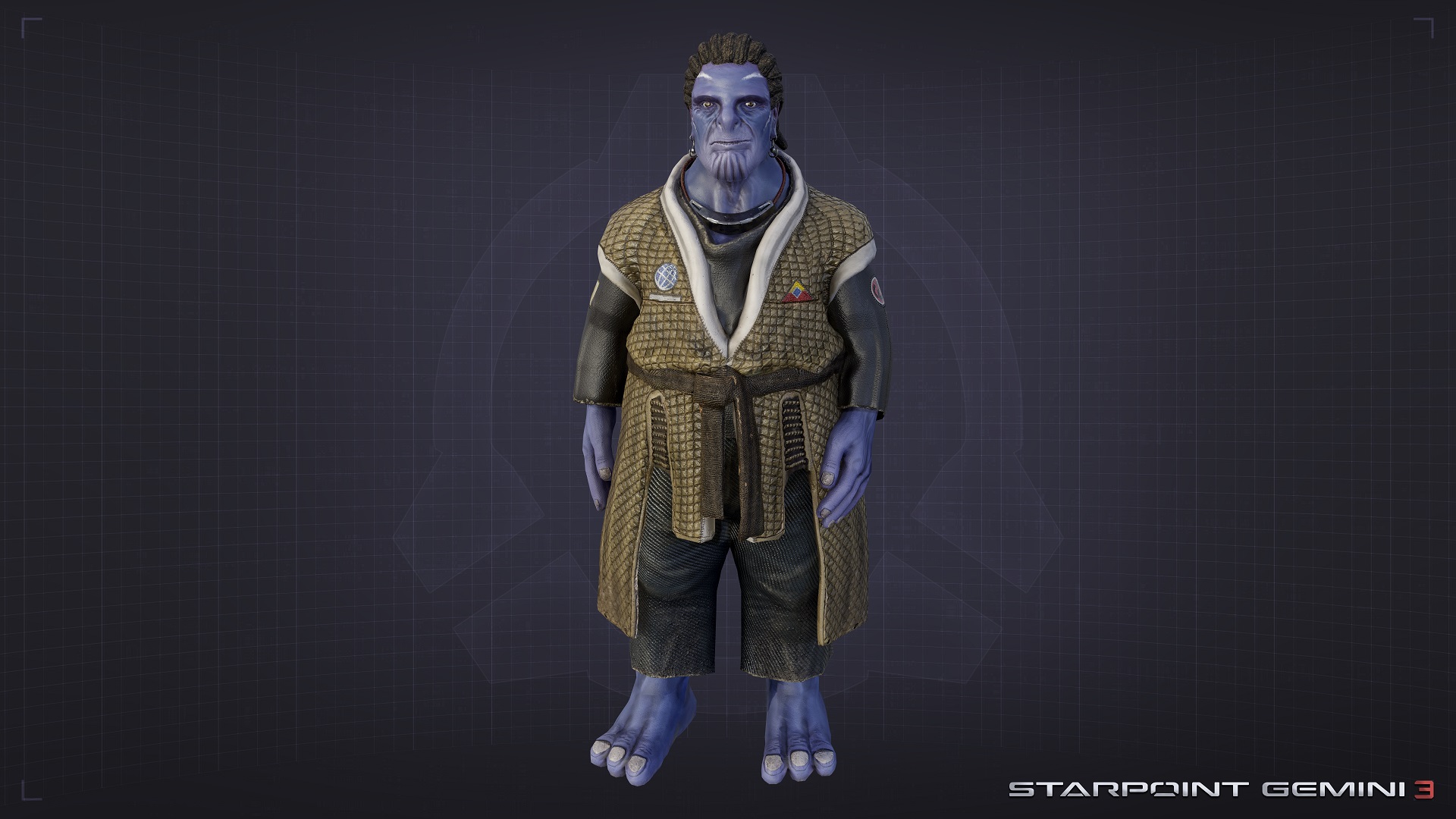 Most players will probably be interested in what they'll get in the end. Who will they meet during the game? Well, now we're getting to the slippery terrain if we want to avoid spoilers. You'll meet humans; many humans. Both male and female. Aliens too, and we don't mean it as mere plural, but as in more than one race of aliens. When we talk about specific types of characters, your travels will offer the chance to meet ordinary people, traders, bartenders, heroes of past wars, twins, criminals and shady people, android like dudes, some non-humanoid creatures as well... All in all, Starpoint Gemini 3 takes place in Gemini and beyond as well, so it's a very big place and variety is mandatory.

The plethora of characters you'll encounter on various locations on planets and space stations will offer information, clues, quests and different services, pretty much similar to any classic RPG, but at the same time this new perspective will allow you to get a front row view on the regular life in Gemini – interiors, factions and their relations, design ideas, fashion...

In the end – what's the deal with aliens?

When talking about characters, we have to offer some answer to a very important question – Are Aliens bad? In previous games in the Starpoint Gemini series, the aliens were shown rarely and usually connected to some battle and destruction. Now, many players expected they are an „Independence Day“ type of aliens. Well, they are not. First – there are more than one race of them. Second – none of them hold an inherent hate of humans. They utterly hated the Empire but once that organization was destroyed and genome experiments had ended, they had no special desire to pursue destruction of the entire human species. In Starpoint Gemini 3, years after the fall of the Empire, humans are repopulating human territories outside of Gemini once again, and they slowly accept that the A'Shriari are here to stay, and that some form of coexistence will have to be found. Additionally, as you travel outside of Gemini and the story takes you to the other former colonies of the Earth Empire, you’ll learn about more and more species out there. None of them have any choice but to live with each other. Do they like each other? That depends, but that doesn't change the fact that all of you are here to stay and finding the best way to do so, and to navigate the complicated mutual relationships, is one of the crucial tasks that the protagonist, Jonathan Bold, will have to tackle. That is – alongside the even more complicated relationships between Jonathan's former/current and potential girlfriends :). 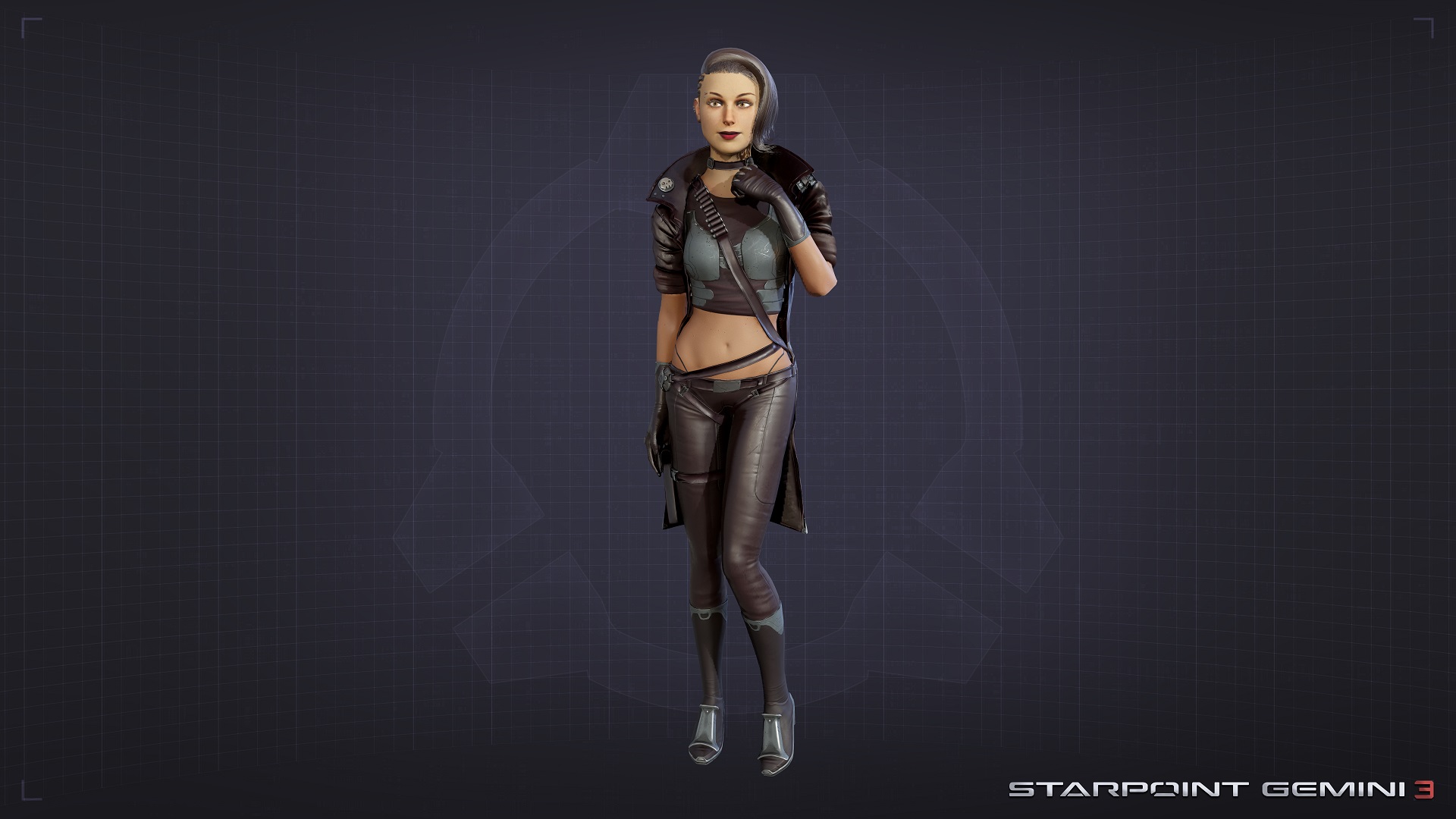 That’s it for this Diary! Thanks and stay tuned!

Here's a couple of useful links if you want to see or read more, or simply stay in touch with us: