Interview at eGamer about Doorways creation and Saibot Studios vision 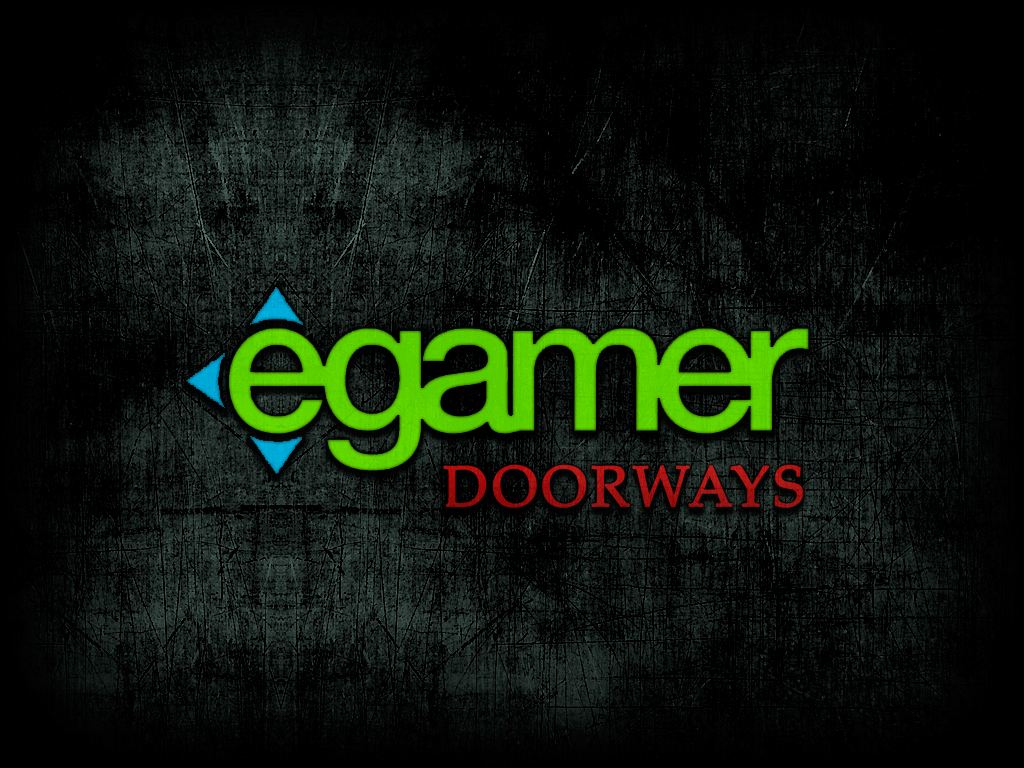 Welcome to another eGamer interview where we'll be taking an exclusive look into Saibot Studios' upcoming, high-profile indie horror game, Doorways. The game is gearing up for the release of its first chapter, and right now it's currently in the top 100 on Steam Greenlight, which makes it an exciting project to say the least. I got in touch with the Saibot Studios' Tobias Rusjan, who is the game director, designer, programer and SFX composer of Doorways, and after expressing interest in the project he was kind enough to give us a great interview, which you can check out in full. Hopefully, it will get you as excited about the game as I am. If you like what you see and hear, be sure to vote it up.But that's enough rambling from me. Check out the full interview down below.

eGamer: Thank you, Saibot Studios, for doing this interview with us. Since we like to get to know our indie developers, to start off with can you tell us a little about yourselves and your studio?

SS: Hi! Thank you for contacting us. We really apreciate it. We are a small and independent company from Argentina. We are trying to make the games we love. At this moment, our team is formed by: Martin Voychisko as Art director, Concept artist and 3D Artist; Gustavo Federico as 3D Artist; Leandro Rolando as History writer; and me (Tobías Rusjan) as Game director, Programmer, Designer and SFX Composer. We have been working in other companies like "NGD Studios", "Hungry Game" and "Global Fun". I worked in those companies alongside Martin. However, this is our first project as independent developers. There is also a fifth and very important person. He is Iván Rusjan, my uncle and best friend. He is the investor on this project and also my business partner at Saibot Studios.

eGamer: Tell us, what is Doorways all about?

SS: Doorways is a horror adventure game. We can say that it belongs to the "Survival horror" genre. The main feature in Doorways is the atmosphere. The worlds are terrifying, twisted and every one of them is different from the other. We worked hard in both the visual and sound aspects to make an interesting atmosphere that keeps the player under constant pressure. The game contains puzzles, traps, creatures, flashbacks, an inventory, achievements and a story; combining all in a complete experience.

eGamer: I always ask this question, as I enjoy getting right to the point. What would you say is the biggest reason to play Doorways?

SS: I think it is the full experience. It's not just a game, you'll feel that you are part of the scene. This will cause you to feel fear in the terrifying moments, satisfaction when you get a hard puzzle solved and intrigue every time you discover a new place.

eGamer: Congratulations on making it into the top 100 on Greenlight. I voted for your project after taking a good look, it's quite exciting! How has the journey been to make it this far?

SS: Thank you! Well, it's not so easy. The first time you enter Greenlight you'll receive a lot of visits from the gamers on Steam, so it's very important to have everything prepared for that moment (information, screenshots, videos, social media websites and others). This is because your game will be on the front page of Greenlight ("Most recent") where lots of people can see it in the list. But after two or three weeks you'll be out from the front page because of the new games that come in. So from that moment on, it'll depend on you to bring the gamers to your Greenlight page. We receive a lot of help from our friends to do so but we also need to move around the web a lot.

eGamer: For some background on the game, tell us how did it come to life? What was your vision for Doorways? How did you come up with the concept?

SS: The game started with a more simple idea. It was a platformer that took place in a surreal world, it was some kind of hell. It was fun but not very rich in content. So when we started officially with the investor and the full team, the idea evolved. We kept the intense atmosphere but started adding features like mind puzzles, inventory, a complex story, creatures and other elements that engrossed the content of Doorways (previously called "Twisted").

eGamer: Building on from that, what were your sources of inspiration for Doorways?

SS: There were a lot of horror movies and games that inspired Doorways. However, the main inspiration was the great game "Amnesia: The Dark Descent". This is an outstanding creation from "Frictional Games" that makes your worst fears come to life. They really know how to scare you, not by using cheap methods like "jump scares" in front of your screen. They do it with the music, the sounds, the camera, the lights and the creatures in a way that no other game has done before.

eGamer: Can you give us an overview of the gameplay? What are the main elements?

SS: The gameplay revolves around solving different kinds of challenges. Some of these will work under pressure. At the same time a story will be discovered through notes, watching flashbacks, finding items and other elements. The challenges will go from simple mind puzzles to timed and agility demanding situations.

SS: What I think makes Doorways special when comparing it to other titles in the horror indie genre are both the twisted worlds and the flashbacks. There is a constant pressure inflicted in the player using the visual and sounds from the environment that scares the player with everything that happens in their journey. The creatures will also take another important role in the scary area.

eGamer: You've teased the game's puzzle and challenge aspects a little bit. What can you tell us about these elements in the game? What can we expect?

SS: We found that a lot of horror games don't use very complex puzzles. They are simple but require a well done context. But I think that's because they don't want to take the player away from the scene too much. I like that. So the puzzles in Doorways are simple too. But they're set in a context that make them work well.

eGamer: I've seen some of the ways you can meet the game over screen, from traps and environmental hazards. Trailers tease some monsters and supernatural creatures as well. Are they also a threat in the game? Will you be able to fight off these creatures, or are quick legs your friend?

SS: Yes, there are creatures in the game and they play an important role too. You will see more creatures in later stages. Some of the creatures cannot be confronted. They are too dangerous and scary. But you would be able to attack the others, but not directly. You need to use the elements that the environment offers to you in each situation.

eGamer: I've read that exploration plays a key role. How is the game structured? Will you be free to explore wherever you wish, or is there a path to follow?

SS: There is a path to follow but it has secrets to be discovered. If you like exploring you can find relics and additional story elements as rewards.

eGamer: What can you tell us about the story of the game? What is it about? How is it presented to players?

SS: The story will be revealed across the journey. At the beginning it is all confusing, as your own identity is as well. The story will be presented in notes, pictures and flashbacks. You've discovered that there is a group of psychopaths around there. The relation between these people, the twisted worlds you are in and yourself is the main goal to achieve. I can't tell you much more information about the story because that's a part of the game we want you to experience.

eGamer: How long will it take to complete the game?

SS: It will take around five or six hours of gameplay, depending on how many things you want to discover in the game.

eGamer: Can you tell us what's happening right now in development?

SS: Yes, we are finishing the first chapter and, at the same time, starting to work on what will be in the second one.

eGamer: What are you most proud of with Doorways, and most excited for players to experience?

eGamer: When will the full game be released? And how much will it cost?

SS: We are planning to finish the first chapter at the end of March. But there'll be one or two more chapters, it depends on how things go. We haven't set a price yet. Once we get in Steam we will ask them for a suggestion. Also it depends on how many chapters we'll put in the same package or if they will be individuals.

eGamer: What are your hopes for the future of Saibot Studios? What comes after Doorways?

SS: Our dream is to create more games, bigger and better. But that's something we can't guarantee. The money we have is only for this project so we depend in how it goes in the stores. We are currently 100% focused on Doorways.

eGamer: As gamers, what would you do if your studio was overrun by zombies?

SS: Ha ha! First, we would make a fortress using the bed and the top of the desks (take into account that the office is also my bedroom). After that, we would take of all the legs from the desks to use them as weapons. The monitors would be our personal shields. And our main objective would be protect at any price the CPUs and the modem!

That wraps up our extensive interview with Saibot Studios. I hope you've enjoyed reading through it, and that it got you interested in, or more excited for, Doorways to release. I'd just like to wish Saibot Studios all the best as they near the release date of chapter one, as well as extend my gratitude to them for taking the time, at this crucial stage in development, to answer our questions. Look out for future Doorways coverage, and hopefully a full review once the game is out, which should be soon.