Disclaimer: I have nothing against publishers - I think many of them are great to work with and I'm sure there are many success stories in which both an indie developer and a publisher benefit. My story involves a number of publishers telling me: "You can't do it without me."

Disclaimer: I have nothing against publishers - I think many of them are great to work with and I'm sure there are many success stories in which both an indie developer and a publisher benefit. My story involves a number of publishers telling me: "You can't do it without me." Here's how the story unfolded:

I'm a first-time developer and I started my game (DARQ) over 3.5 years ago. It became one of the most upvoted titles on Steam Greenlight (when it was still around), which resulted in a lot of interest from publishers. While some offers were more reasonable than others, a number of publishers tried to convince me that I didn't know how to make a game and without them DARQ would surely fail. In exchange for their help they wanted up to 80% of future revenue and IP.

They were right in saying that I didn't know how to make a game. I was barely starting to learn how to code, 3d model, texture, etc. In a way, it was very tempting to sign a contract and give up creative control, intellectual property, and in some cases, a HUGE chunk of revenue. It's a comfortable feeling to know that somebody is going to take care of you while you just focus on making the game.

I didn't have much savings, nor did I know how to actually make a game. But the thought of not being able to make creative decisions on a project I poured my heart into scared me more than the possibility of going broke and failing. I've turned down 12 publishing offers so far, and in my particular case, I'm glad I did (I'm NOT suggesting that indie developers should or shouldn't work with publishers).

Developing the game in the privacy of my own room, without the involvement of a publisher, allowed me to develop DARQ just as I envisioned it. I've implemented LOTS of crazy and risky ideas - gameplay mechanics that would be considered "high risk" by a publisher, since they haven't been tried in games before.

I quit my job 1.5 years ago to work on DARQ full time. It allowed me to learn a ton about various aspects of making a game. I now work 100+ hours a week, and although it's tiring, it's also extremely rewarding because I get to work on a dream project on my terms and implement ideas that I otherwise wouldn't have been able to.

Yes, it was scary to go into a new industry not knowing much about it, but I'm glad I did. Having been told "you can't do this without a publisher" or "this idea won't appeal to a mass audience, let me tell you how it's done" I now look back with a new dose of perspective. 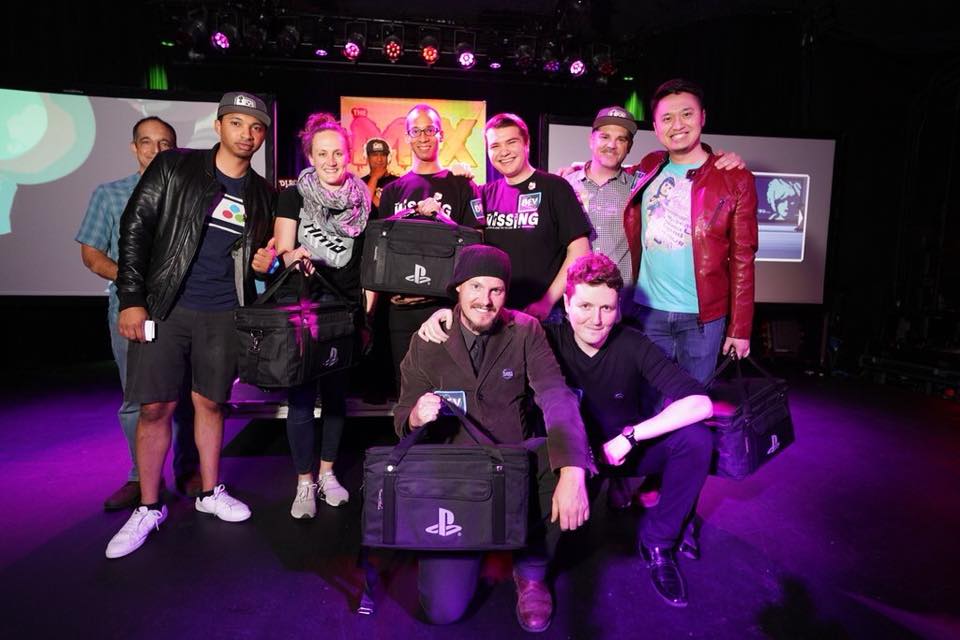 Now DARQ is close to being released on Steam. Since I started working on it, a few talented people have joined the project, i.e. Bjorn Jacobsen (sound designer on Cyberpunk 2077) and Adam Schmidt (sound engineer known for his work on Inception, Dark Knight Rises). DARQ recently won THE BEST OF THE MIX Award at PAX West and has been featured in 200+ media outlets, including IGN, Kotaku, PC Gamer, Gamespot, etc. Players around the world got to try the game at E3 and PAX and were super excited to play it.

Believe in yourself and your vision. If somebody tells you you can't do something, take it as a challenge and prove them wrong.

If you want to support the project, add it to your Steam wishlist

Wow... what a speech !!
Well, that kind of experiences makes you stronger and better person. I´m glad to see you following and chasing your dream, you know... you got to make it happen :).
I think that a good game it should be considered a piece of art, like a good movie or a great book , good games can "educate" you, and i believe that your game it will be one of "those" little jewels.
I don´t even know you, but it makes me happy know about your project and see its alive and kicking .
Dude .... i wish the Best of Luck for you !
Greetings from Chile =D

Thank you, I will need all the good thoughts and lots of luck to get this done.

Interestisng story, wish you good luck with your game :)

Thank you, I appreciate the good wishes!

They're all after the next "candy crush" with the dev doing most of the work.

I used to see loads of greenlight games released on steam that were swiftly followed up with a comment underneath by a "publisher" with details saying " great game ,we'd love to work with you ,please contact us at our email here.... "

Maybe i'm a bit cynical but i think most of them are just chancers trying their luck.

Anyway ,game looks very cool ,nice to see something original ,which is rare these days.

Try and release a little tech demo ,if you can .

The game mechanic in those pics look intriguing and fun.

No biggie if it's not doable ,i'm sure we can all wait till the full release if we have to.

No plans for demo at this point, but the game is coming out quite soon!

Looks awesome! I'll be waiting for it, and when it's out I'll definitely get it. You can count on me. :D