The humans have traveled the stars for decades and managed to establish many colonies throughout the galaxy. Even though they focus on defensive technology, only few races dare to oppose the might of the human warfleets.

By appearance humans haven't really changed over the centuries. Most diseases have a cure and genetic engineering has fixed many gene based ones, thus increasing the average human life span by a few decades.
Some commanders and soldiers have even been improved using cybernetic augments and parts, but this is rare, and mainly seen in military use.

Human culture has changed a little over the the years and the different cultures have started to intertwine due to the excessive globalization and colonization. With the earth overpopulated and resources used, the humans have adapted an aggressive colonization operation to ensure their race's survival and place in the galaxy that is often hostile. The human colonization and space program consists of an independent union that no Earth country has hold over to ensure its neutrality and objectivity when it comes to galactic politics.

Humans have been part of the Galactic politics for over a century now and have a good standing in the politics. However, unlike most races, humans aren't part of the galactic council that consists of Nyads and plenty of other races with smaller fleets and who need the council's protection. While humans do get along with Nyads relatively well, their play in the galactic politics and the iron hold they have on the council has made humans skeptical and wary of their motives and prefer to keep a good distance from the council so that the older race can't have control over them.

Though humans aren't part of the council, they have established a small lobby system in the council, trying to appeal to the decision makers when it comes to subjects that are close to human interests. While they aren't imposed to follow the laws set by the council, it does affect the relations.

To ensure good relations with the other races, humans have ambassadors with them, especially with Nyads and Gramos to ensure that there is a connection between the races to prevent any unfortunate conflicts. Humans and Gramos don't get along very well mostly due to the fact that they had a military conflict in the beginning, since humans had colonized a planet that was in the Gramos space. Despite this, they uphold an uneasy peace.

Humans have a massive fleet of ships varying in size and design, but every ship is equipped with weapons, even civilian ships, because of the growing space piracy problem. The human's have specialized in shield and defensive tech in order to protect their colonies that don't have such great armies. 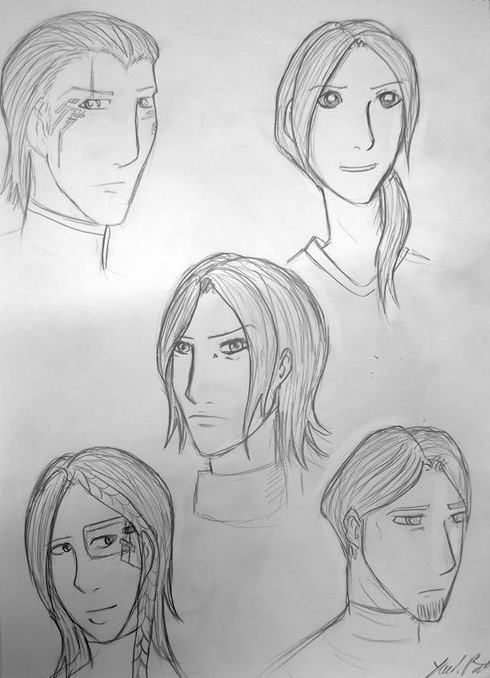