Today I'd like to go through my process of making a character for our game. The characters are all posed in a singular frame and do not animate, just like a gameboard token. So the pose and how the character looks is pretty important. This also makes it so I can put as much detail and design into that character's pose, without a worry of how much work drawing another frame of it will be. I'm going to talk about the design, concept, and draw phases of Scotty dog in the game as an example. 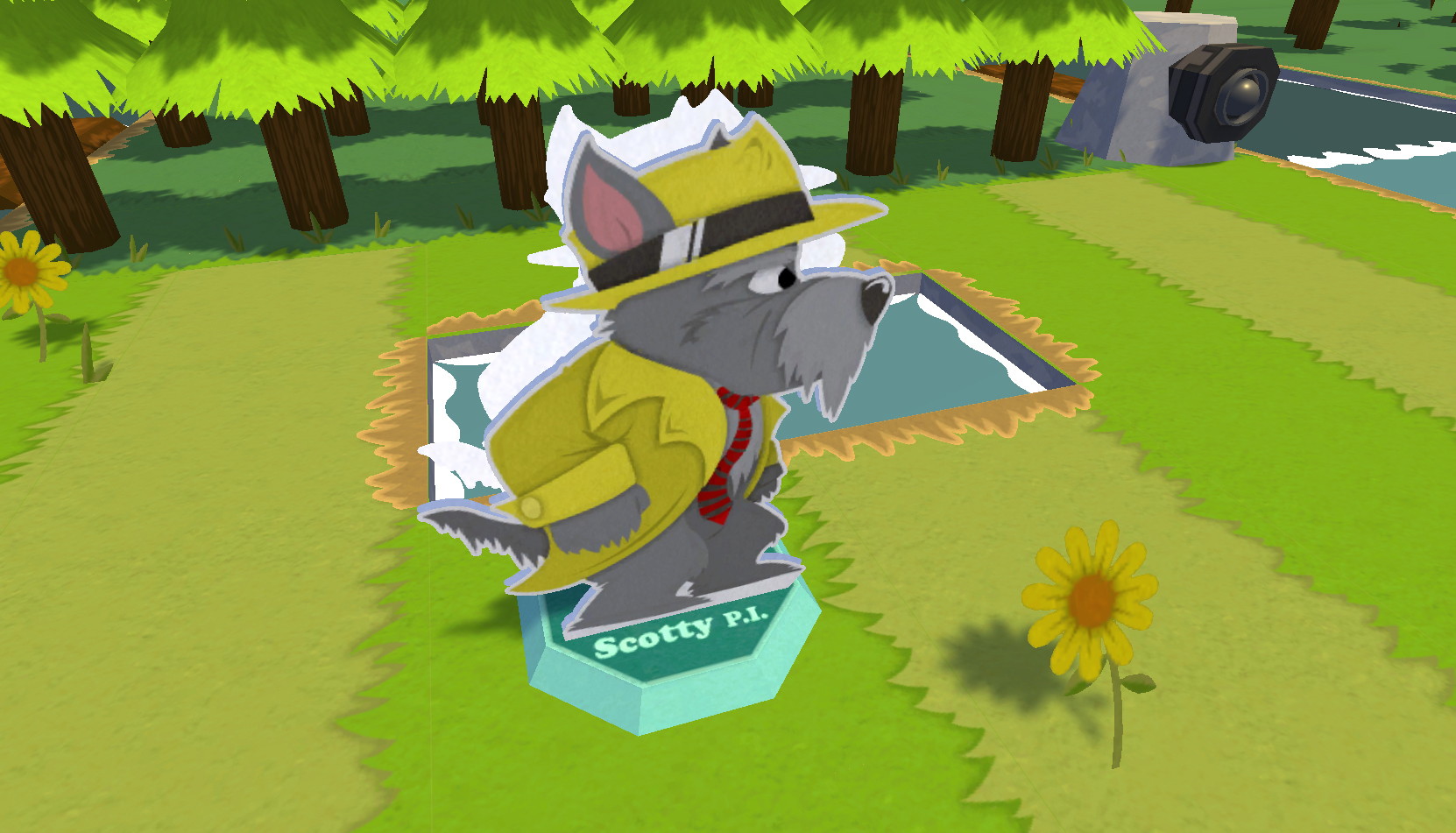 Getting right into it, the character is based off of Dick Tracy. He sports the same bright yellow jacket, tie, and hat. Since all of the characters in the game are animals, I had to determine which animal best fit that style. Snooping around in old cartoons of the 50s' I came aross Lady and the Tramp, which reminded me of the scotty dog character in that. It's good to look at Disney or popular cartoons to see what elements make for loveable characters. Scotty dogs are fun because they have the big shaggy faces and look like they've seen some stuff. A small, compact, and gritty type of dog. I wanted him colored gray like he's a little bit older in his years and experienced too. With this idea in my head, I moved towards the concept phase. 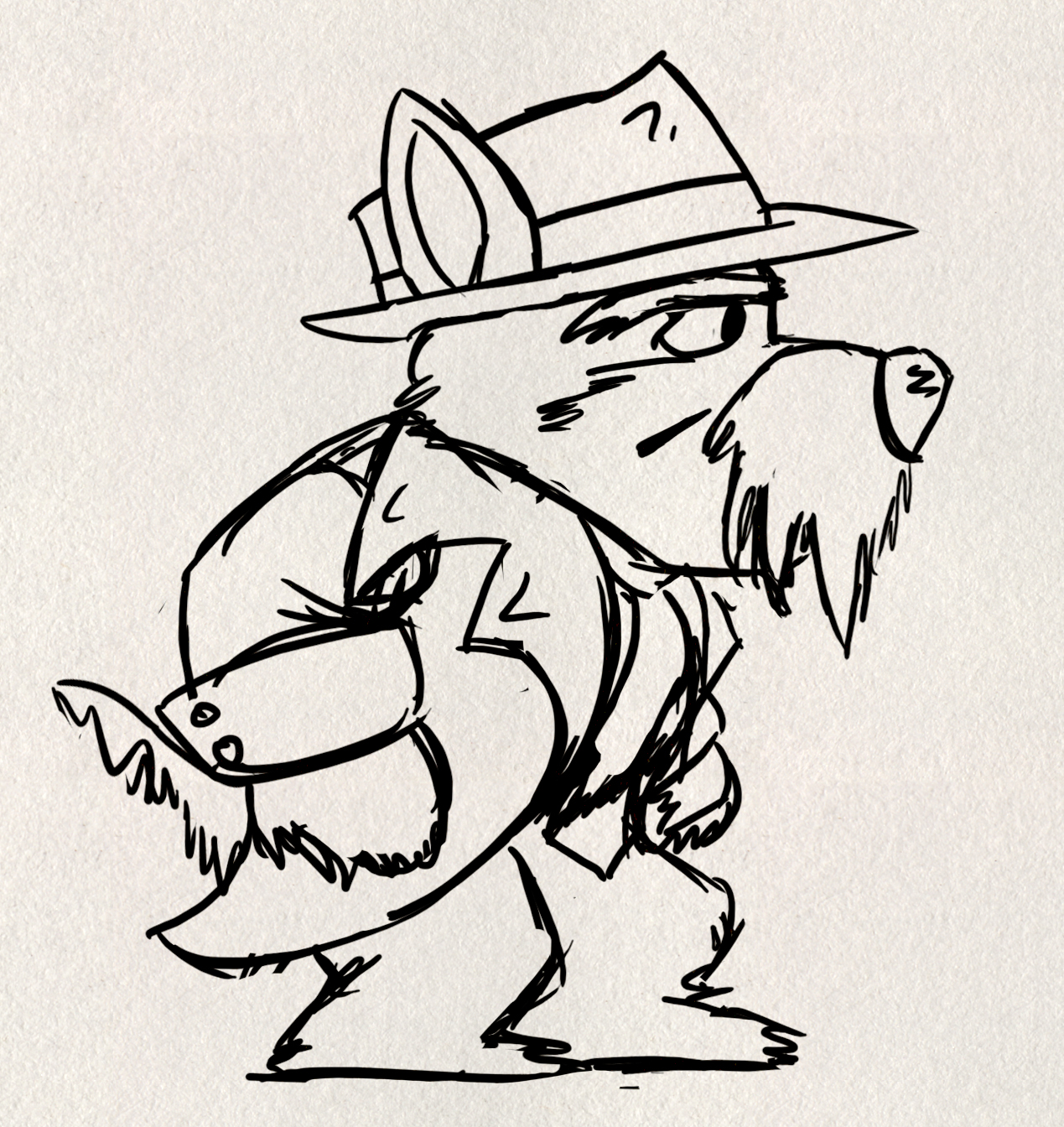 I did a small doodle of the character to follow along with my pen tool. All of the characters are made in vector graphics to give them a clean look of construction paper. It's important that I keep in mind the size of the player base inside of the game, because a character that is too tall or wide would look silly on a small pedistal in game. For the scotty dog it wasn't an issue due to him being a little stumpy, but for the crocodiles, they barely fit. The other thing I have to keep in mind while sketching is the pose, because he will be moving around the game world in the same position. I decided to give him kind of a sneaking stance like an investigator would have while getting the scoop on something to fit the character. The quality of the sketch doesn't matter too much because we will be drawing over it again, this is just a guideline. 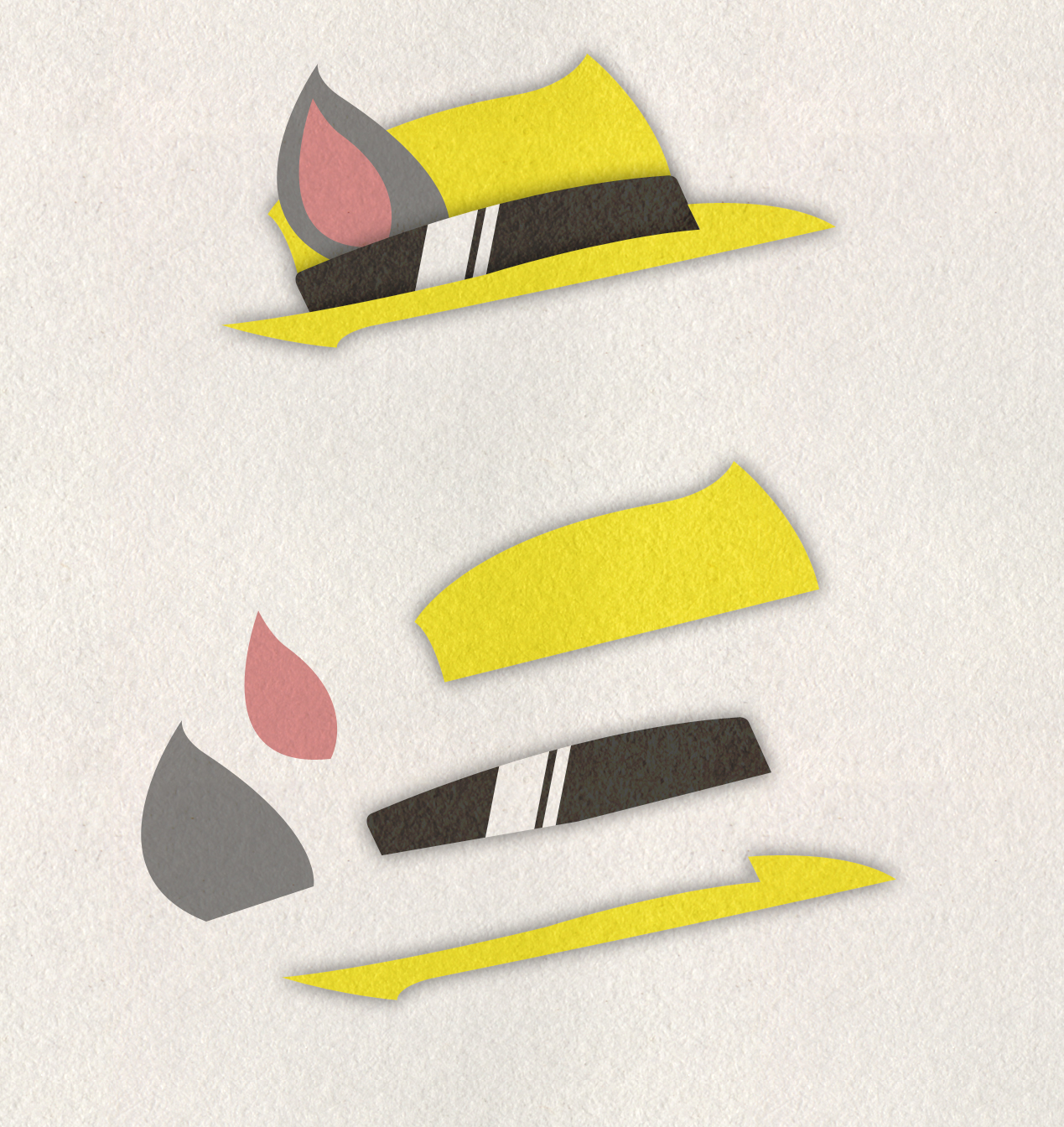 Now that I have all of that laid out, I can get into making the actual graphics. Each layer is solid colors with a photograph of paper I took overlaid on top and some shadows around the border for deapth. I draw each part of the character on a seperate layer- hat brim, ear, ear interior, hat band, hat top, etc. making sure I line it up with my sketch from before. After each part is in place, I touch the whole thing up with smaller details like the lines on his cheek or the folds in his coat. All that's left is to save and export him into a texture that the game reads and bam, the character is complete! 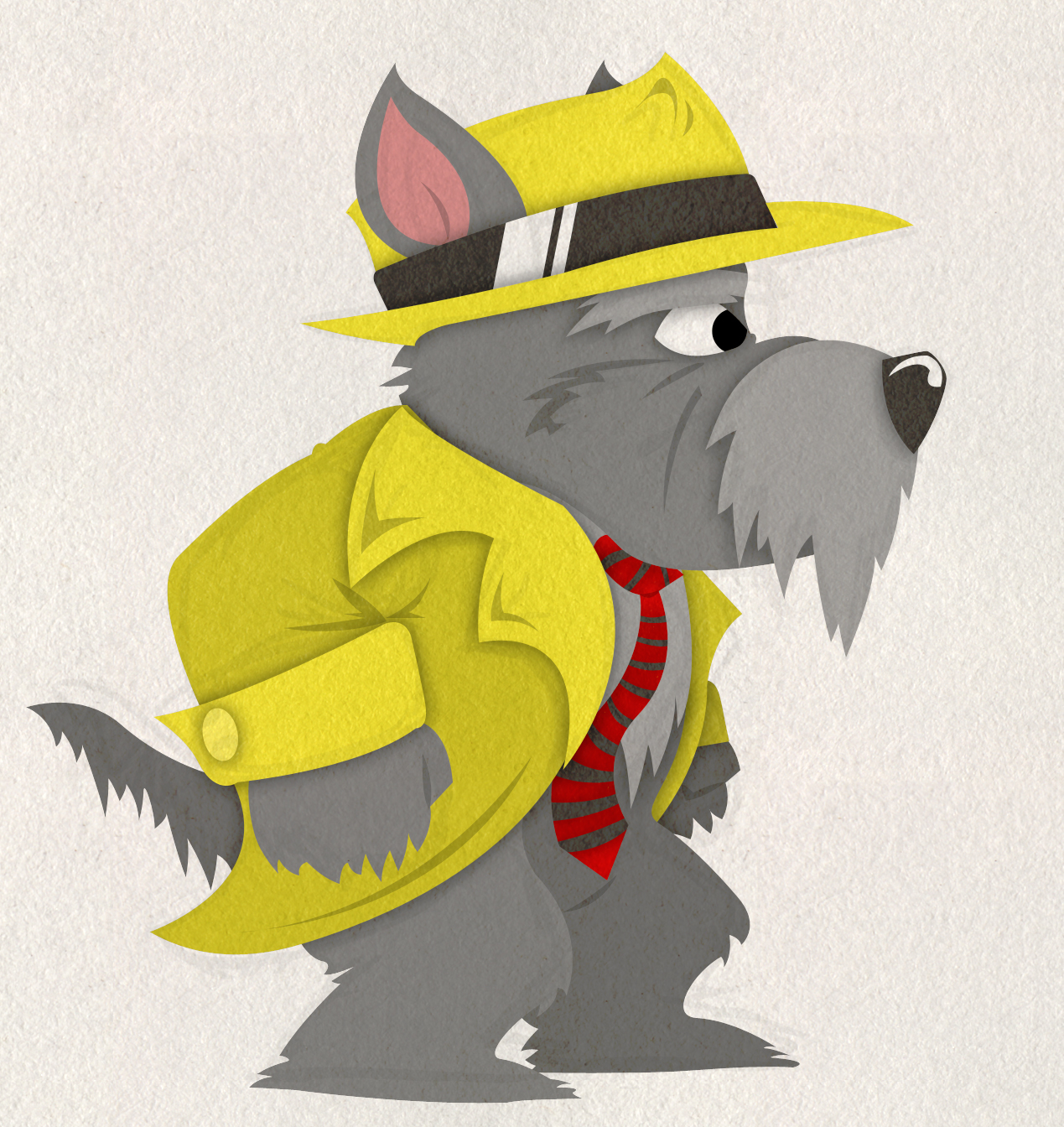 There are some technical finishing steps that don't matter too much so I wont go into them, but the rest of the process is easy. The hardest part is planning out what I want to do honestly, because if the animal and clothes don't fit, or the concept doesn't quite feel right, I have to start over. Just like when you think of a turtle, your mind doesn't jump to athlete, so each personality should have a look that fits them that people can also understand and get behind. I hope this gave a little insight into my process and maybe how you can think about your own characters.