Post feature RSS How the concept of HOPE was formed.

Just wanted to share some of the design thinking that led to working on HOPE. How the game came to be and the motivation behind the non-combat focused design.

I’m not generally a big proponent of “backstory” and exposition as the best way to immerse someone in a game. Nor am I the kind of person who thinks that mechanics should play a secondary role to narrative. So I generally don’t like writing about the games I work on in anything other than technical terms.

But I figured that HOPE at least deserves an attempt at trying to preserve the thinking behind what is fundamentally a mechanics-driven game. So please take this post as an attempt by myself to solidify my own approach and attitude to the world of EverSky and the game HOPE and how that relates to the mechanics I am designing.

Let me start at the beginning though. Which is I guess a couple of years ago now. I had been working on a game called Damzel, which was my attempt to try and create characters that had a deep resonance with players. In my head I had the goal to create a character (the titular “Damzel”) that would make players of the game want to protect her. In the end, I felt that as I was developing the game, it was heading in the wrong direction, in that rather than making you care about the central “protection” theme, the game was essentially turning into a convoluted almost tower-defence kind of game. Ultimately I was using Syndicate as my touchstone for design ideas, but trying to marry that with protection and caring for a central character. Only that clearly wasn’t going to work. 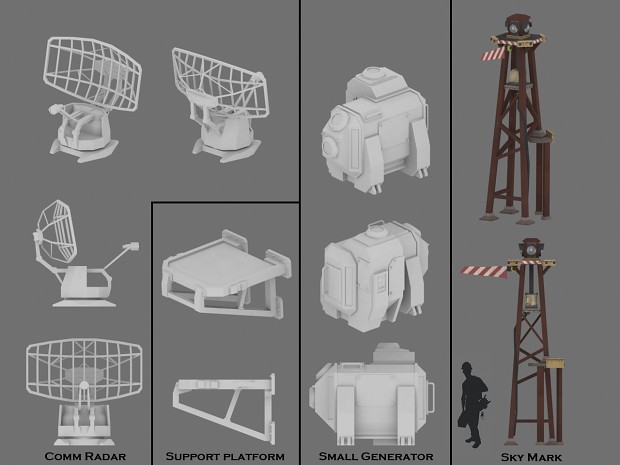 I thought about it for a long time and came to the conclusion that I was simply not able to align the interests of “protecting” with the mechanics of combat. As several people commented on the game at the time: “its an escort mission, I hate those!”. I began to think there was a disconnect between the idea of protection and the notion of combat. I ultimately decided to rethink where I was trying to go with the design.

My initial wishes for HOPE were formed by imagining a world, one which was based around notions of family, of community and self-sacrifice. I wanted to express the idea of “protection” not in a defensive way, but in a way that expressed the central themes of performing actions in the interests of others. My motivation was to try and get players to actually care about a relatively small number of characters, by making them spend time in a confined space with them. I also wanted to offer the notion that this space would eventually open up to them and offer new possibilities.

The name HOPE came about because I imagined the world of EverSky to be almost unlimited in size. From experience I knew that coordinates were more memorable as words. So I formed the plan to use two four-letter words as coordinates for the world. Places like “HOME:FARM” and “CARE:BEAR” would be more memorable and allow for a space vast enough to never be fully explored. HOPE came about as the notion for one of the coordinates for the starting space where players would begin their origin journey. But HOPE has become much more than that to me as a designer. I am generally quite a pessimist, so in a way HOPE has become almost like a way of releasing my inner optimist. The very notion that the world of EverSky is built on the act of recycling the “junk” of a past civilization, one that was caught in an unknown catastrophe, gives way to the positive aspects of rebuilding that is becoming the core of the game mechanics.

It really is quite a unique exercise, trying to come up with aspects of gameplay that mechanically feel good, but that focus on the positive aspects of mechanics and society. Aspects of this approach end up effecting so many areas, such as building things purely for the aesthetic joy they bring. Or allowing sub-optimal configurations of mechanics in order to satisfy the needs and enhance the lives of the society aboard the rig. Somehow I find that refreshing as a designer. To concentrate on systemic design, but to skew it towards creation rather than destruction gives me a sense that somehow I am overcoming my own negative bias.

The good part of this approach, is that I already have some mechanics that I know are engaging, even if just for people like me, who may seem negative, but ultimately crave positive experiences. I see this in many different games, the type of person who plays an RTS game but prefers farming and building the base to the cut and thrust of combat.

I do think that there is something powerful to be had for seeking out and exploring more positive aspects of design. I’m surprised it doesn't happen more. Perhaps its just that mechanically negative aspects such as combat are easier to program? Either way, I am really enjoying the challenge of this design aspect.

Next time, I promise to show some examples of "positive" gameplay mechanics. As we move forward with more polished art assets and the game starts to make sense visually I hope to start explaining the gameplay more.

weeeeell - cool! At first glance it looks promising, but I see a few problems. One thing is howto make this game feel like you are (working) on a floating structure and not on a static asset inside a skybox. So I see that as quite a big challenge.

Also,do these barrels spell "Arse", or am I misreading code?

You write the game will make more sense visually, so I'm looking forward to that and future updates.

I think you will feel like you are working on the rig, because for the most part you will be the one to build it. The rig starts off pretty small, but over time you can add structure to it, the aim being to enhance the rig to attract more community members, a bit like the Sims or Sim City I guess.

Erm, no comment on the barrels. Probably just a bad day at the office.