My thoughts about the German indie scene, where they come from and a incomplete listing of developers.

Posted by rottenhedgehog on Mar 4th, 2013 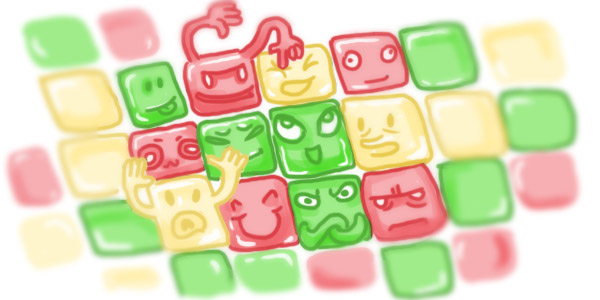 Because of the fact that most of us smaller developers face the problem of not getting enough attention I would like to take a closer look at my own country and its even more unknown indie game scene - Germany.
When it comes to games, Germany is foremost known for simulations (Demolition Simulator by Giants Software), engines (Cry Engine by Crytek) and board games (The Settlers of Catan by Klaus Teuber). In fact, we seem to consume more video games then we actually produce or sell outside of Germany.

Besides Crysis 1, 2 and 3, have you ever heard of the building game series Anno by Related Design, The Settlers series by Blue Byte, the beloved adventures from Daedalic Entertainment like Deponia or the RPG series Gothic and Risen by Piranha Bytes?
If none of the mentioned titles - which are known by every German interested in games - rings a bell you might get an idea of what kind of problems the German indie game scene must be facing. The purpose of this article is to introduce some of their specimen, to define some typical German qualities and their problems. 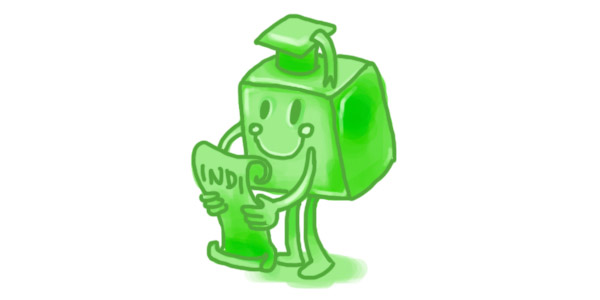 To start with the German indie scene means to begin with the Indies' education and where they come from.

There are several possibilities to start your path to the German game industry. I suppose in most European countries and the U.S. it's also like this: you can study computer science to be a programmer or design to be an artist.
In Germany we have several private schools that educate students to perfectly fit in certain jobs like 3D modeling or character artist. Most famous representatives are the Games Academy, SAE, Quantm Institute and Media Design Hochschule, to mention just some of them.

Nowadays, even more public schools climb onto the bandwagon with their own programs. For instance, I studied "Multimedia Virtual Reality Design" at the University of Arts and Design in Halle.
According to the B.I.U. (Association For Interactive Entertainment Software) we have more than 144 schools and universities where designers, programmers and musicians can get their education or further training from. Not to forget a classic start as an trainee or intern in a games company!

But there is another scene, much older than the new generation of game students from any private or public school - the hobbyist scene.
When I did my research back in 2009 for my diploma about Indie Games, I had a hard time to find teams that work in a way that I would call indie today: independent, creative young start-ups that took the risk to work full time and not just for free, but to make a living from the things they love. According to my own definition of 'indie' there were just very few of them in Germany. I had to look under every rock to find them.
But to be fair, the indie scene as a whole became first popular to a broader audience with World of Goo by 2DBoy and Braid by Jonathan Blow in 2008.

Compared to indies, the hobbyist or amateur game developer scene was rich of examples. There were many people that teamed up to make the next Gothic or Command&Conquer, like Verbotene Welt by sechsta sinn (after 12 years they still meet up to work on their game from time to time), Dreamworlds with their RPG Splitterwelten (they are fully indie now with a different project) or Elite Software with Out Of This World (turned the project down). This scene flourished with the help of many huge forums (ZFX, Developia and its predecessor Deutsche Untergrundspiele, Softgames.de for different projects, specific websites for game engines like Blitzbasic and 3D Game Studio, etc.), their own festivals/gatherings like the Dusmania/Devmania and a booth at the Games Convention in Leipzig called IndiGo. 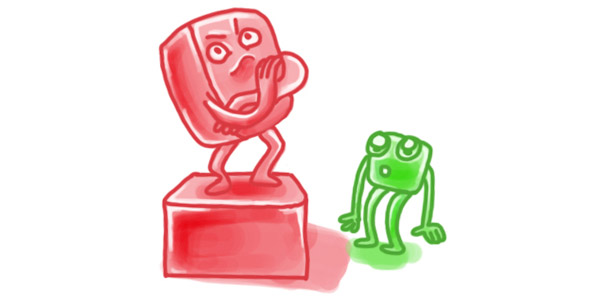 The characteristics of the German hobby scene

Typical for most hobby game projects isn't the experimentation with game design, but to emulate the idols whose games the makers adored. The teams often worked hard and passionate to assemble perfect copies with their own added features, ideas and stories. But projects like RPGs, MMOs or strategy games were often doomed from the beginning. It turned out that most of the projects from this time were too huge and ambitious to be finished. In most cases, the teams dissolved because of academic studies or to earn money with more 'serious' work than games. In some rare cases they still try to finish a game they started many years ago - still as a hobby while having a day job.

Another attribute that sticks out from this time is the overwhelming amount of programmers in the scene. This resulted in technology-driven games and the development of a lot of smaller engines the creators proudly presented at bigger scene events like Dusmania/Devmania.
I missed a more artistic standpoint or discussions about graphics beyond shader programming, sometimes. Although most hobby teams had their graphic artists, they seldom tried to create a new look which often resulted in beautiful and polished, but uninspired graphics.

In the last years the hobbyist scene became somewhat stuck. Many of the old forums are closed or merged together. Maybe the notion of the indie scene reached German developers and they tried to get more attention in international forums. Even pupils - the biggest part of the German hobby scene - want to be professional and sell their games. For many of them, 'Indie' might be a new prospect of getting into the industry like their idols did before.

But this is pure speculation. Today, most German indies I know since 2010 are graduated students from game schools. 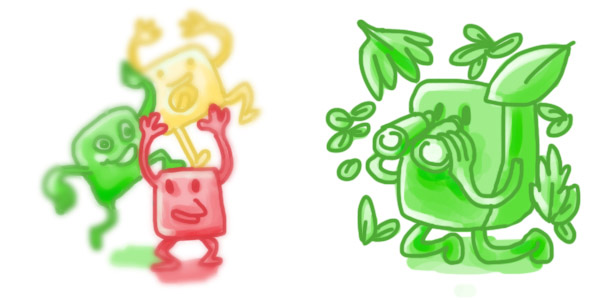 And their number is growing every day! It is much easier to be aware of these teams, thanks to festivals like Amaze Indie Connect, Play, Next Level Conference or the increasing attention of the German media blogs like Superlevel. And their presence on Twitter and Facebook in combination with their own development blog.

Many German indies I can think of can be characterized by a certain professionalism. As much as they like to create fun games, they also want to secure their new business. And of course make money with it.
After graduation you have two chances to get money: First - check out the possibility of a design or start-up funding and apply for it. Second, search a publisher or investor to back you.

Here comes the first point where many of us had to think about business economics. To get any kind of funding (EXIST is the most common one or federal state specific funds like FFF Bayern for Bavaria) you need to write a business plan, calculate your future income/cost/investment and give a prognosis about your sales.
It is not typical for Germans to take high risks, planning is everything! And to be honest, it helps a lot to make yourself clear about what awaits you outside in the games market.

I often hear that many of the better known indies, like Phil Fish or Edmund McMillen, had debts to finish the game they wanted to make. I can't say if it's just lesser common or outright impossible for a young German start-up to get credits or be in someones debts. That's why most of us are looking for a publisher or investor to fund the project at first.
That's why I often tend to say that there are no 'real' German indies in the independent-from-publisher meaning of the word 'indie'. But whatever the clear definition of indie might mean to someone, it is more important to make interesting games! 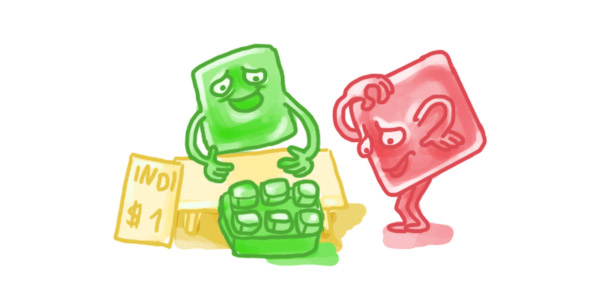 Games that matter or games that sell?

German developers often tend to have the opinion that you are just able to produce good games with a high budget.
This attitude affects not only the games, but the style and design, too. Ingredients like technology, quality and perfection are very important to many designers I know.
On the other hand, there are very few games from Germany that I would describe as crazy, artsy, over-the-top manic. Games that often happen to be the opposite of quality and technology, but with a great emphasis on creativity.

Why is that so? The answer might be as easy as that: If you want to sell games, you need to look for certain trends in design and what players are looking for, in order to sell as many games as possible. Challenging your own future by taking too much risks with innovation or experimentation might be too dangerous in the beginning of a young studio.

But this is not the reason there are still German studios missing on awards or shopping wish lists. The mere reason for them to be totally unknown is that most of the studios I listed below are just at the beginning of their journey. There are very few studios that developed more than one game yet!
So, if you are interested in (German) indie games, look out for the upcoming generation of German designers. 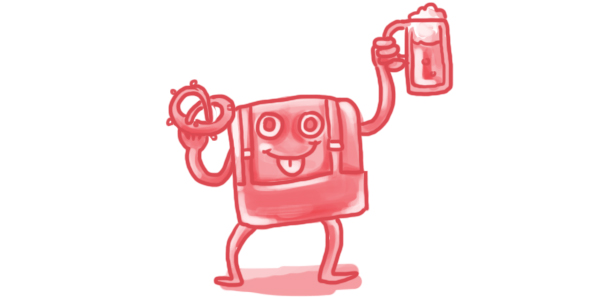 Black Pants Game Studio from Kassel; Tiny&Big (PC/Mac), About Love, Hate and the other ones (iOS)

Joyride Labs from Berlin, Nikki and the Robots (PC/Mac/Linux)

Jonas und Verena Kyratzes from Frankfurt, The Sea will claim everything (PC), Ithaka of the Clouds (t.b.a.)

Hammerlabs, Farm for your Life (PC/MAC/Linux)

...and a lot more? Feel free to add your own studio in the comments! A discussion about the perception of the German indie scene is appreciated as well!

So if you like point & click adventures take a quick look at my upcoming mobile game "Argh! Earthlings!" at damianthater.com (German/Deutsch).