It's been a while since we shared some work-in-progress insights about the game. We're sure that many of you are pretty curious about how the game development process is going and what are our current struggles on the road to the release. Especially after we shared information about delaying the game (back in October) or asked our Kickstarter backers to prepare their input that will appear in the game.

By the way, we know you hate our e-mail reminders... but... there are still some of you, folks, that didn't send f.e. message for Gamedec voicemail. If you need help creating the script for your message or struggling with all the other rewards, give us a call, we will try to help you out. It's also worth mentioning that we are saving the right to reject all the assets delivered after the deadline since it can collide with our pipelines. However, we hope that we will not have to undertake such dilemmas.

Let's get back to today's topic, shall we? 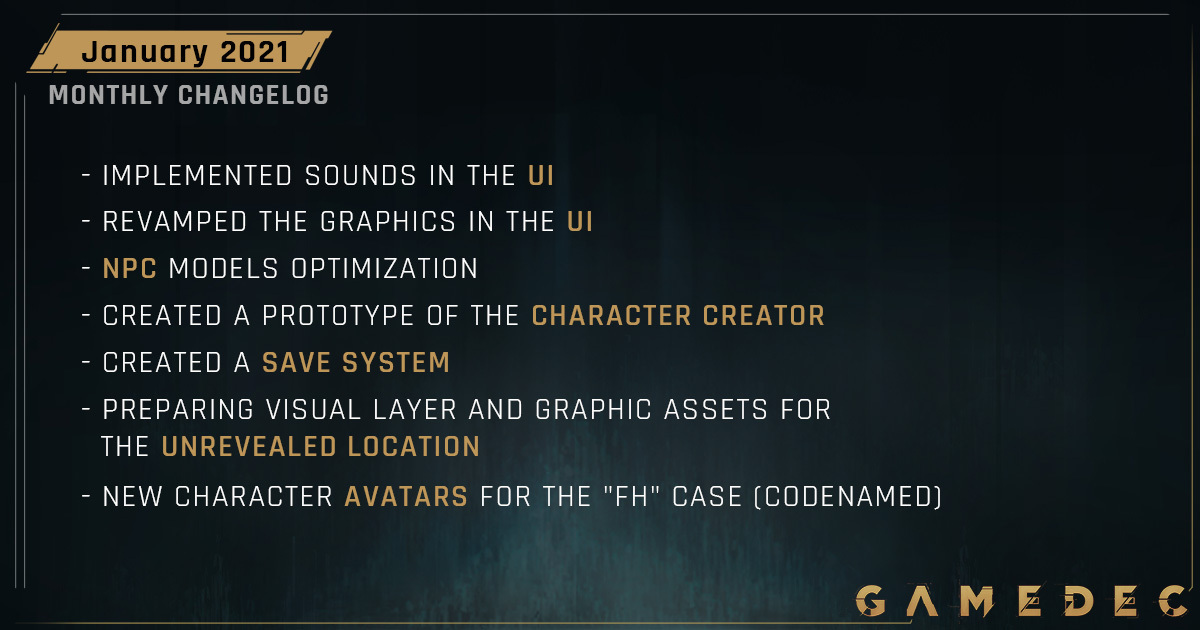 Among all the minor tweaks and features that our designers, programmers, and artists created or implemented, we mostly focused on making the mechanics like the Character Creation tool and a Save System. Just as a reminder, you can watch our dev-diary HERE, where Marcin, Mateusz, and Krzysztof are breaking the Character Creation process down into pieces.

Your feedback from the Backer's Build closed preview also gave us crucial input in which direction we want to go with the UI. And I don't mean only horizontal or vertical alignment. We're also working on making the text more readable. Specific worlds will have some custom layouts to highlight the idea of being inside the virtual world. And perhaps this is a perfect moment to hint that something is coming? Here's the hint: Check out our Kickstarter page to look after clues ;) 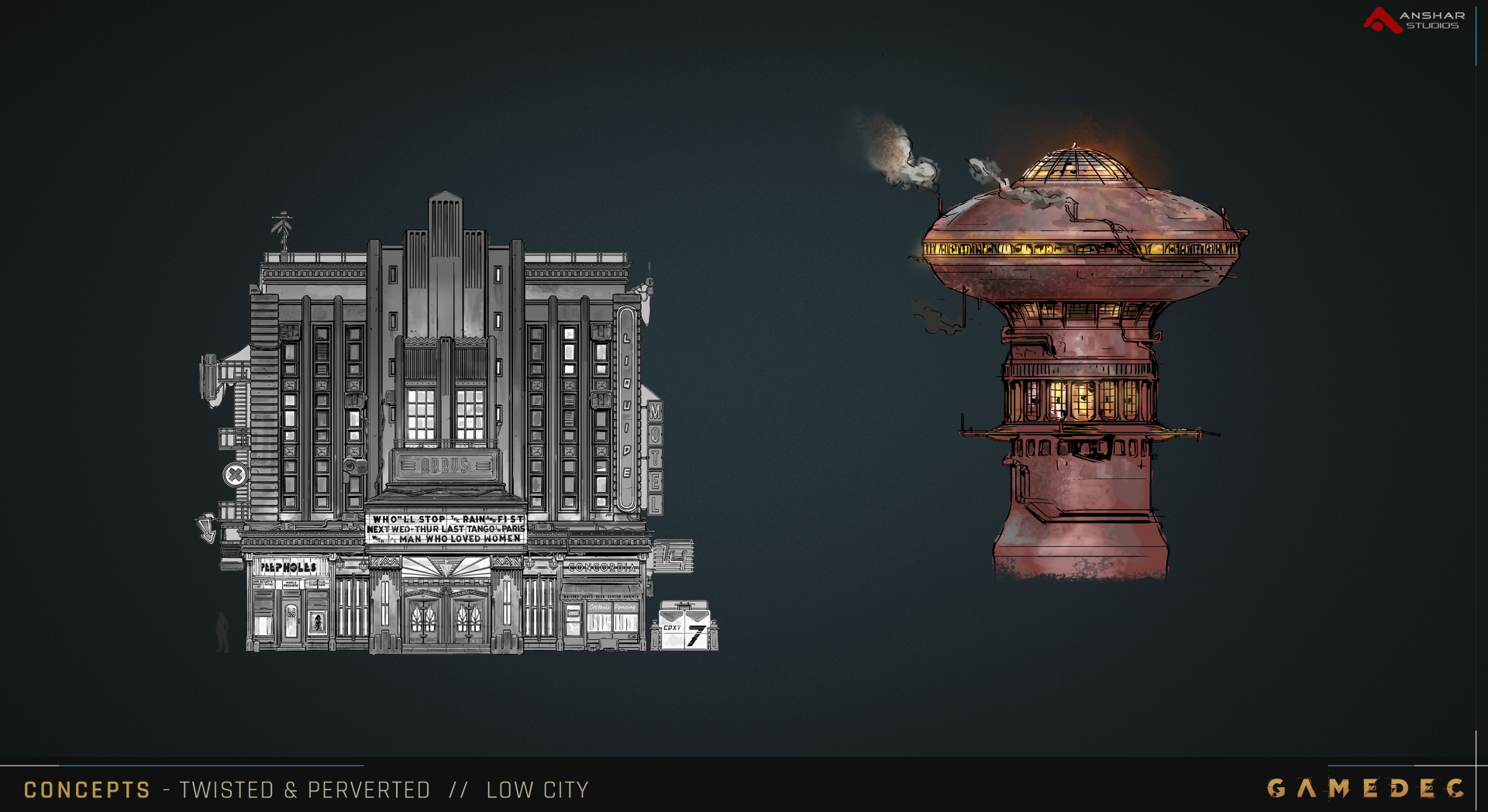 What about the visual layer? The Art team is now working on a new location, but it would be slightly unfair to you, the players, to spoil everything before the release. Instead, we want to show something else. Starting with the concepts, you already know Twisted & Perverted Virtualium. The theater concept in the 2D perspective resembles buildings from the golden age of cinema. You had the opportunity to see what was happening inside and join an extraordinary showing. The Slums can be described as a deteriorated infrastructure of Warsaw City. The name indicates that it is located in the more inferior part of the city, i.e., the lower parts - Low City. 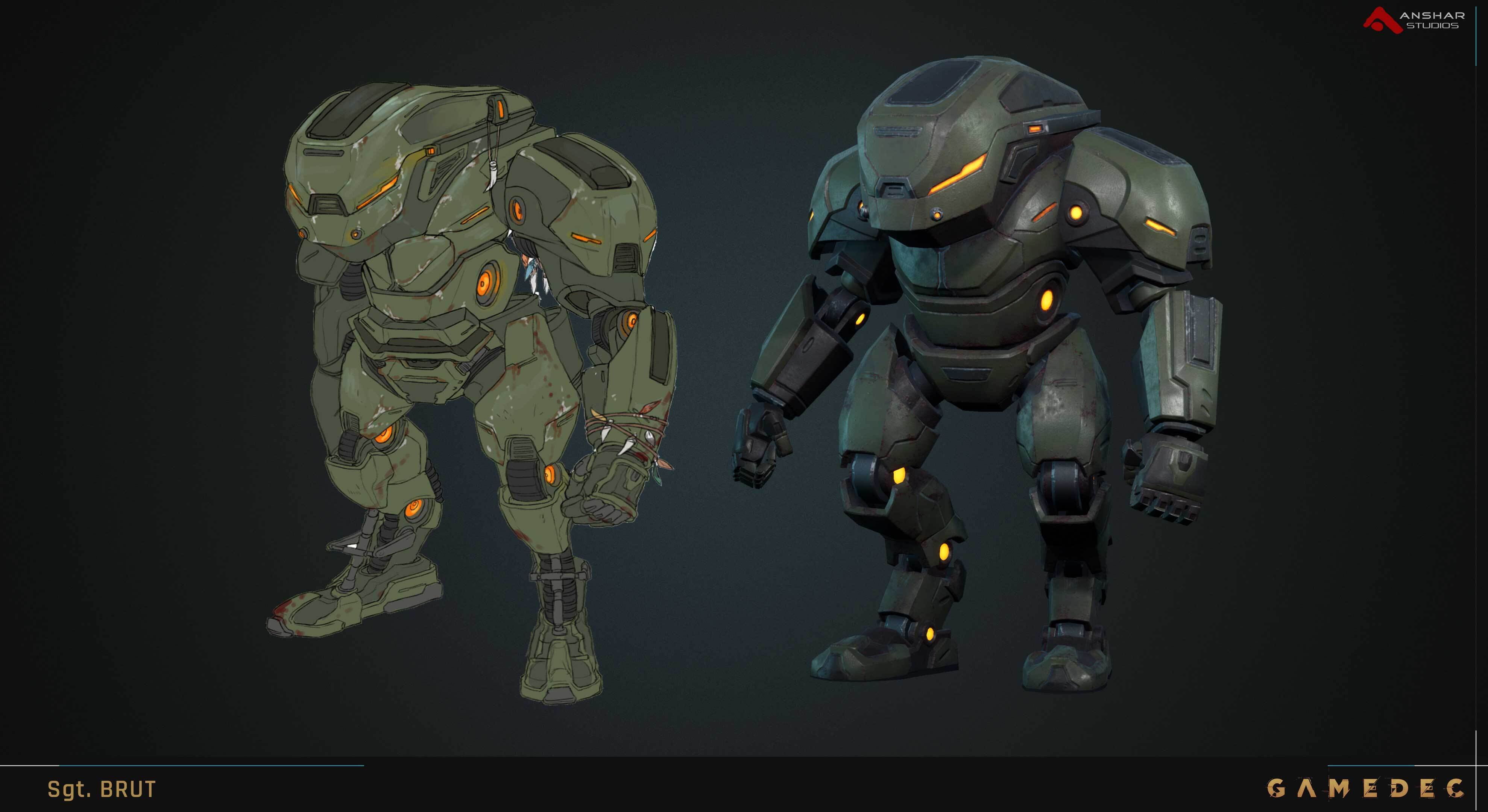 But wait a minute. Who is this lovely Mech? It's Sgt. Brut. And she’s not lovely. A huge battle robot in the Out-Rangers painting with a lot of experience on the battlefield, as evidenced by her battered armor.

Last but not least, the Animation Team progresses with their work, with a GIF below serving as an a example. Sleeping in a coffin inside Harvest Time... sounds cozy?

We also made the first attempts to run the game on a Nintendo Switch. And guess what... it’s alive! After a few initial runs we must say that the frame rate looks promising. Our QA is currently highlighting all the bugs and tweaks required to optimize the Switch version of the game.

We got to the end of today's report. Let us know what would like to find out next time. We’ll be back in February with more concepts and WIP assets 😊