Congratulations to Help Volty!, the GameSalad Game of the Month - November!

While we here at GameSalad are often impressed and amazed at the innovation and creativity employed by our developer community, sometimes a title comes along that raises that bar even higher. Help Volty is one such title. Combining beautiful design, art and playability, Help Volty is the perfect example of how dedicated to their craft GameSalad devs can be.

We sat down with team Tvndra to learn a little more about their journey creating Help Volty, and about the developers themselves:

GameSalad: Hey Tvndra! (And individual greetings to Pim, Ceciel and Marnix) We're glad you took the time to talk with us! Tell us about Help Volty -

Tvndra: Help Volty is a multitouch puzzle adventure in a kind of medieval steampunk setting. It is about Volty, a beetle-like creature who is trapped inside a wooden box. The merchant, who caught him with his net has "enhanced" Volty with electric wiring and a big button on his back. The box itself is not an ordinary box, but actually a series of connected mechanical and electrical devices made by the Merchant. And Volty is not the only creature that is trapped inside. At the start of the game, you will meet the Merchant with his box, and you will trade your only coin to play his game to try and free Volty. 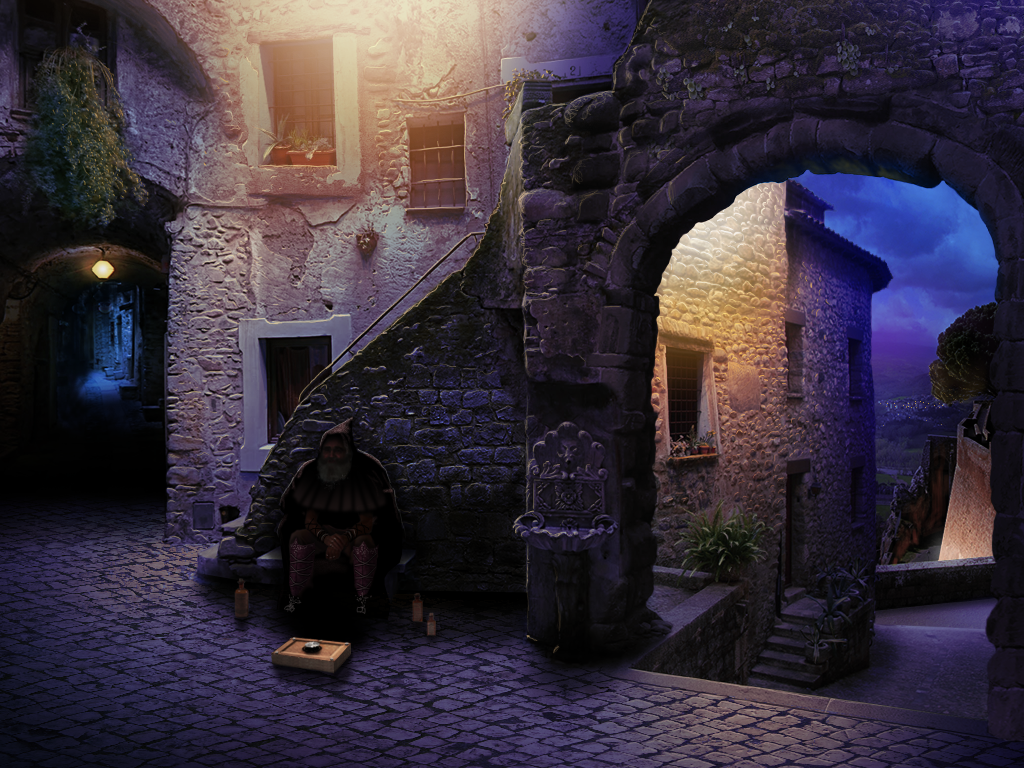 GameSalad: What inspired your game design?

Tvndra: Well, we all have been gaming from when we were small, and so we have developed a taste for certain things, like, strange worlds, atmospheric settings and such. We also love thick books with epic stories, and movies and series. And music is a great way to get inspired too. The idea for Volty started with the desire to build something for the iPad, to do something creative and completely free for ourselves.

Very early on we had a character running in a couple of side scrolling levels. We were really just searching then, trying to figure out what we would like in a game. But as we thought more about it, we tried to come up with other ideas, things that would only be possible with touch. We made a lot of quick concepts to see how an idea would feel on an iPad. One of those was trying to catch or guide creatures with your fingers, viewed from the top. This seemed to be potentially fun, so we started to come up with ideas around that, like, what are these creatures, and what could be the goal of guiding them? These story-like ideas automatically required ideas for gaming elements to form and reach goals in the story. This eventually turned out to be a scene within the world of Volty.

GameSalad: In your own words, what do you feel makes Help Volty a unique, must-play gameplay experience?

Tvndra: Help Volty doesn't look like a typical mobile game, and that hopefully catches people's attention at first glance. We try to make the potential player curious, to give a sense that Help Volty is something different and that there is more to explore.

I think people who like to play games on PCs and consoles often miss a bit of depth in mobile games, like a backstory, a setting, characters etc. These things are very well done in a lot of "big" games, while lots of mobile games tend to have a cartoon-look to it, and are often more about a game-mechanic, or puzzling with words and things like that. These kind of games are great in their own way, but for people who like to play games as a real hobby, there are not a lot of games that go a bit deeper or further. We tried to immerse the player as much as possible in an otherworldly place when playing Help Volty. And we always tried to avoid standard elements and solutions. That approach comes across, we hope, to give people a gaming experience they haven't had before on a mobile device. The reviews we've been getting so far are super enthusiastic, so we're really exited. 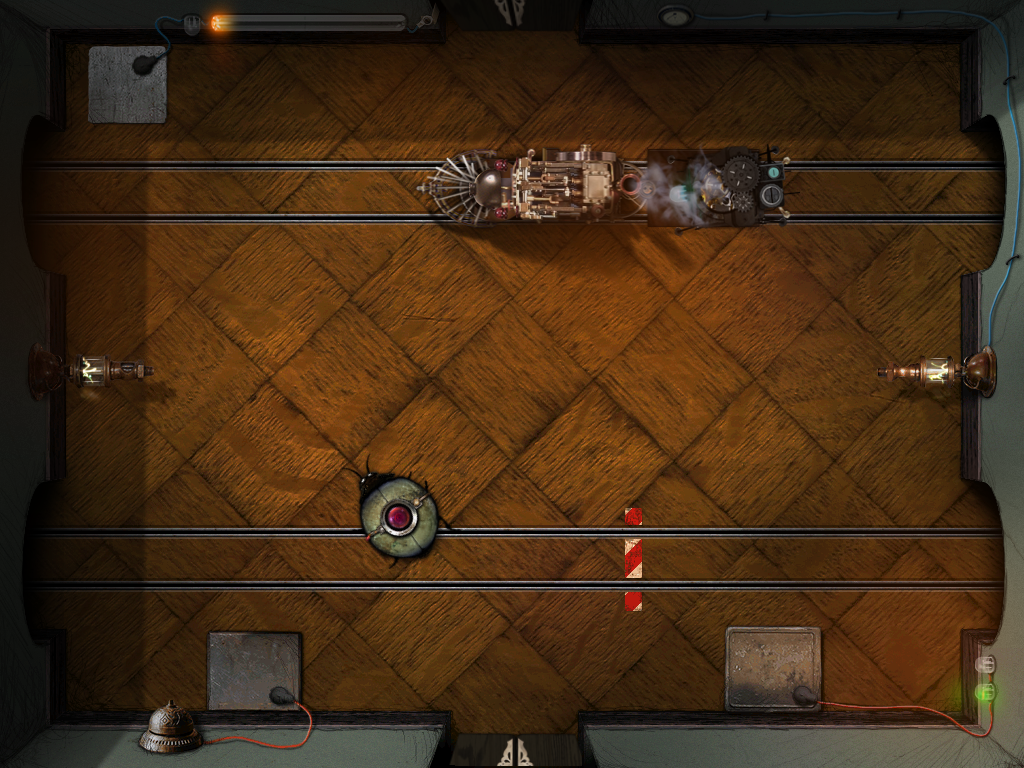 GameSalad: When you're not developing games, what are some of your hobbies outside of GameSalad?

Tvndra: Books, movies, games and music. We have a Unimog which we bought and rebuilt and we do short road trips when there is time for it :) (Editor note: I may or may not have threatened to hijack said Unimog in an overly-elaborate heist...) 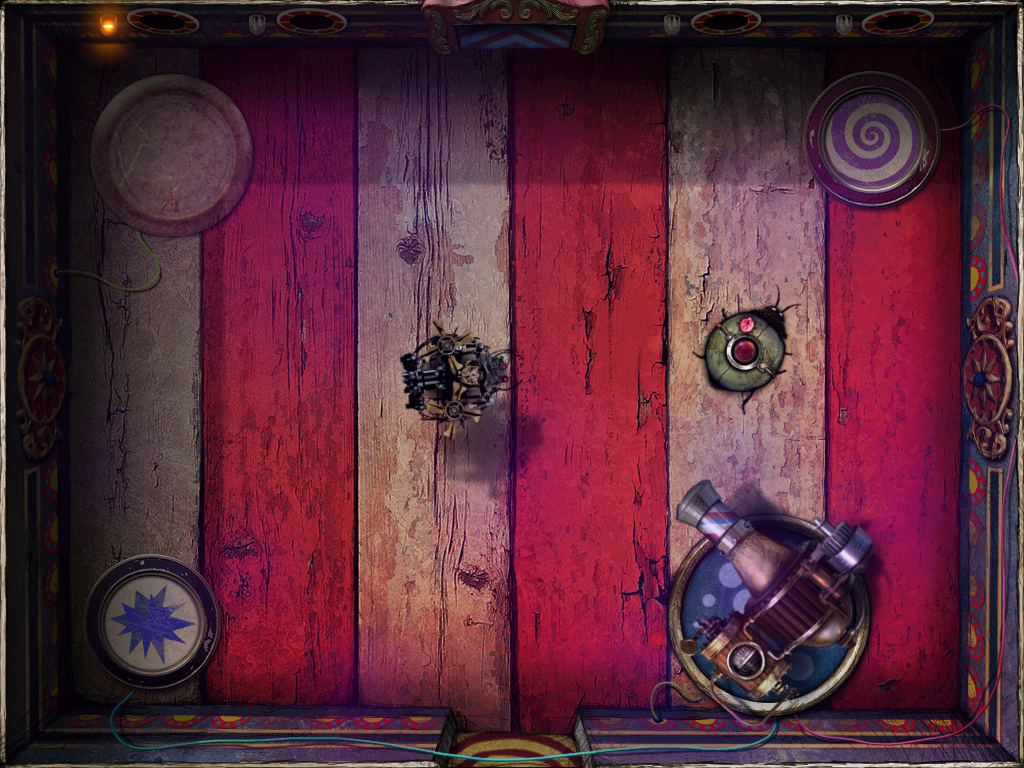 GameSalad: How did you discover GameSalad?

Tvndra:When we decided to go and built something for the iPad, we didn't have a clue where to start, because coding and designing games was very different from what we normally do. So we Googled and researched a couple of days and it became apparent that with Gamesalad, noobs like us could have cool results fairly quickly, plus there seemed to be a vibrant community with great people eager to help. When you first start working with GS, it may seem limited but as you get more experienced you will learn there is SO much that you can do with this program! Because the GS interface is so visually, new ideas come automatically and that is why we really love it...

GameSalad: When developing games, do you work independently or with a team?

Tvndra: We have been friends for years and for our day jobs we have been working as a team since 2003, so it felt completely natural to do the same with Help Volty. We each had our own tasks of course, which we also did at home. It was fun to show the others your results and new ideas the next morning and see what other ideas would come from that. It is a very fruitful way of developing something. 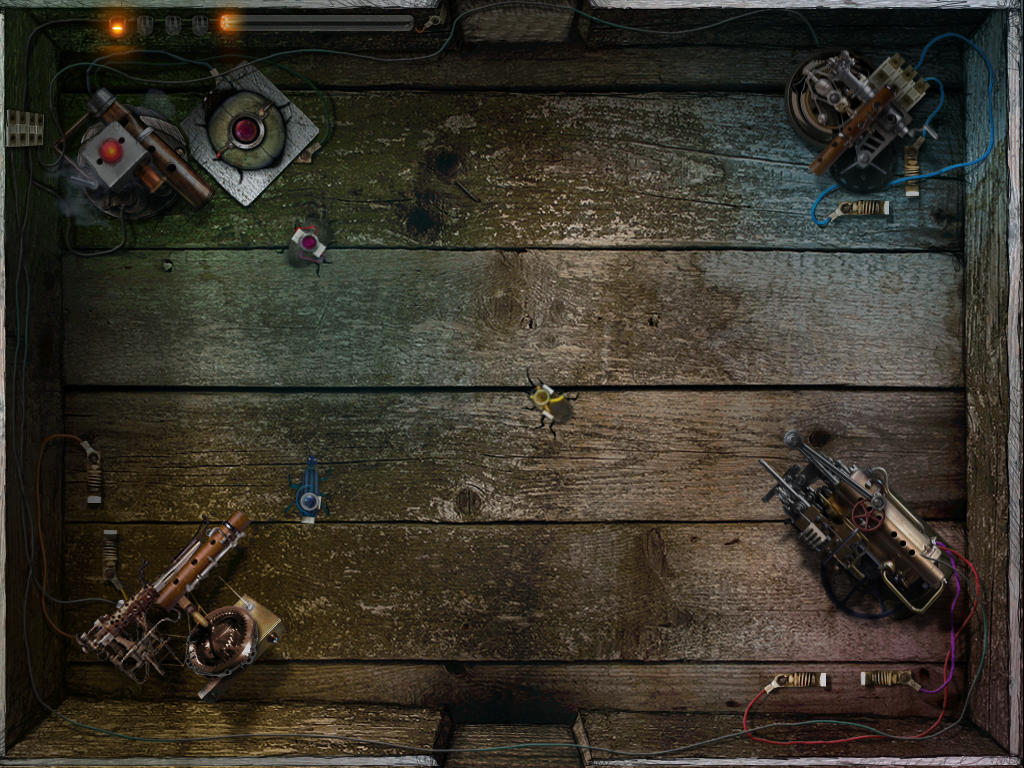 GameSalad: Any new projects on the horizon we can look forward to? What are you currently working on?

Tvndra:Although the game is out, we are still left with a lot of questions regarding Volty's world and those who inhabit it, and that is for us part of the fun. We are thinking about revealing more of the world, introducing more characters or telling more about existing ones. We have some early rough concepts running on iPhone right now. The phone is a different device than a tablet, not just physically, but also in the way people use it. That demands a different kind of game. Something you can do in a short session, while waiting in line at a store, and maybe playable with just one hand, I don't know. It will be interesting to see what works with those different circumstances. We haven't got a clear idea what it will become, so we are going to play around a lot more to see what we can discover.

Thanks again for taking the time to talk with us, Tvndra! If your next title is as strong as Help Volty, Tvndra has a bright future ahead!

Grab it today and perhaps you, too, can save Volty...