Today we're going to go over four major systems: Construction, Security, Creatures and our new map for the first chapter.

First round of Features

First lets go over the process of building in Katharsis.

During the Day Time the player can open up the Construction mode via a UI button or with the C key. The camera will shift to a fully top-down view and the construction menu is displayed. 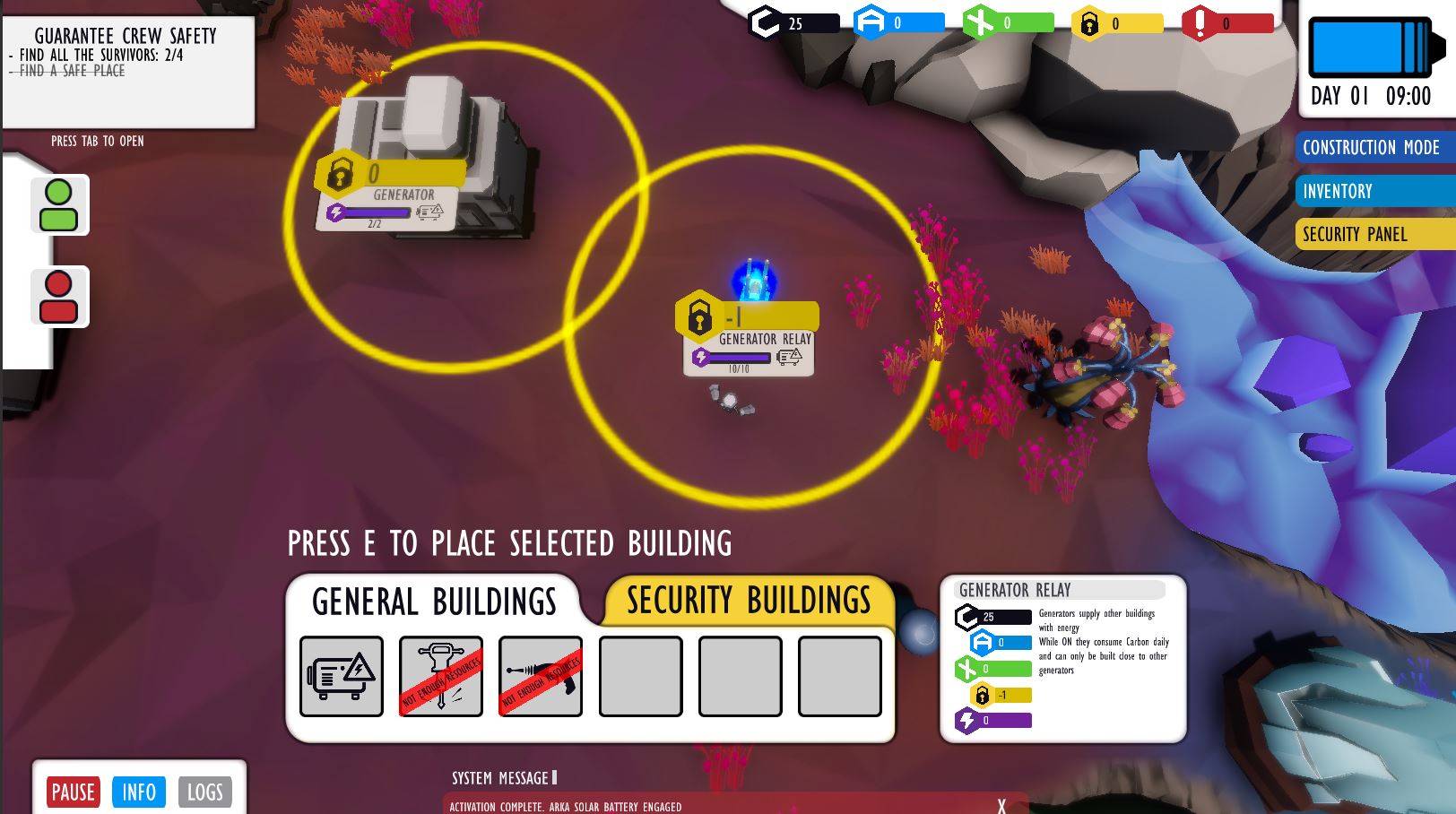 The interesting aspect is how the player controls the placement preview. They must move the A.R.K.A. avatar around and use the mouse to rotate the building.

Some buildings require Energy. In order to supply this energy the player must build Generator Relays and place the buildings inside their range. This range is shown as a spacial UI ring around the relays.

Relays must also be placed within rage of another relay, in order to slow down expansion. 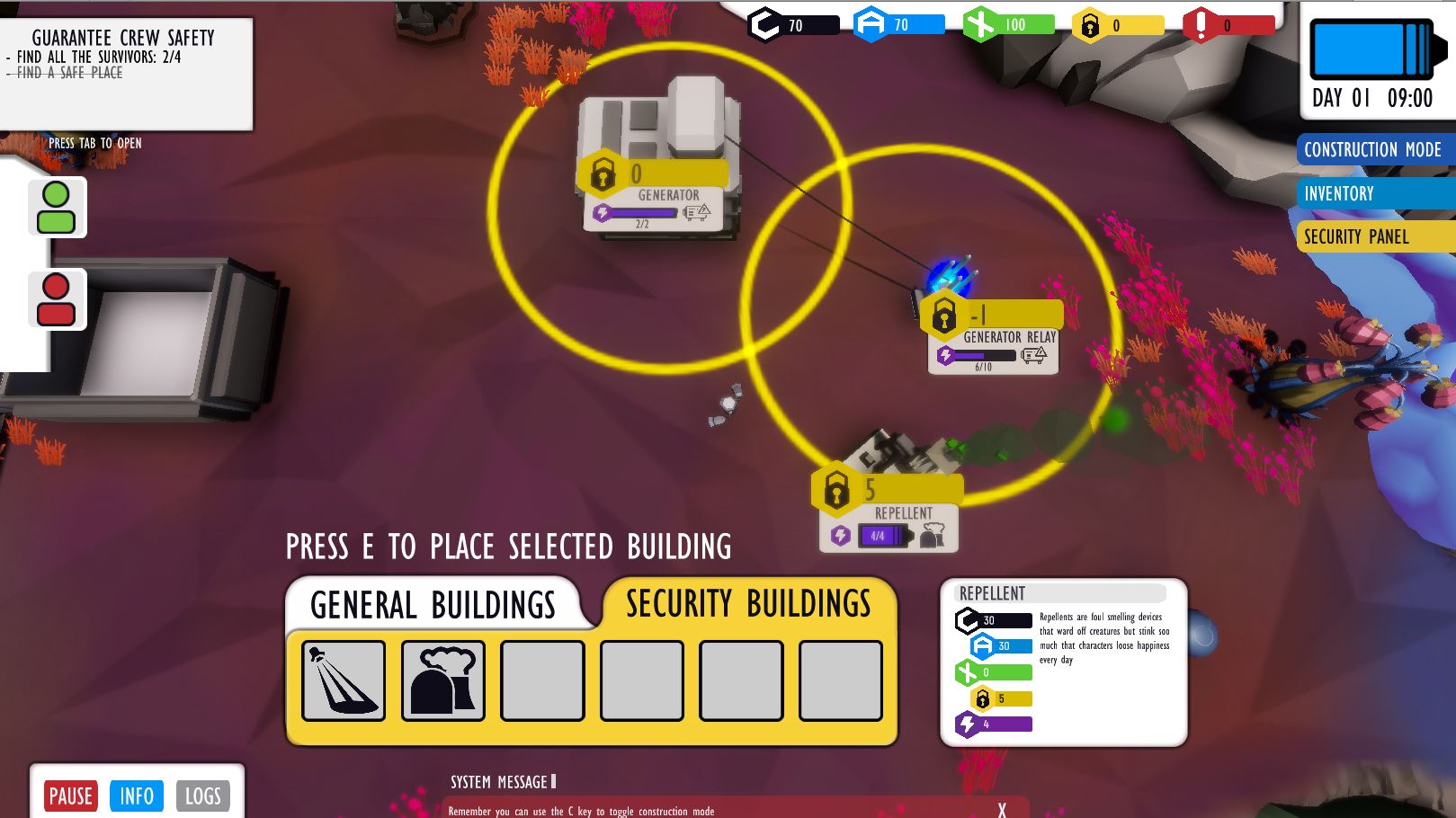 Next let's take a look at how the Security system in Katharsis works.

During the Day the player can open an Attack Panel where the currentday's attackers are shown. Each attacker has a Danger value, shown as a range of values, and a small description of their passive abilities. 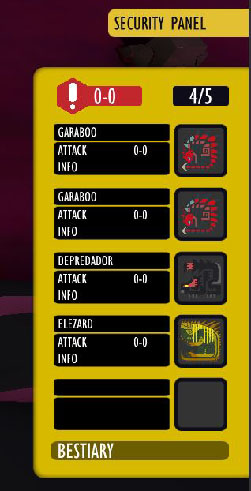 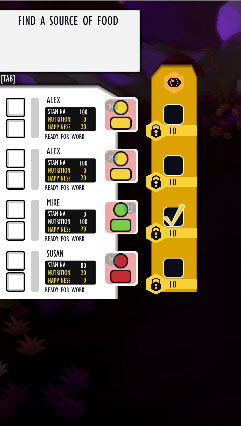 Night Raids occur right before the end of the Night phase. The player is shown cards (which represent the attackers) flip over and show their final stats and if they were Repelled or if they ran away with Resources. 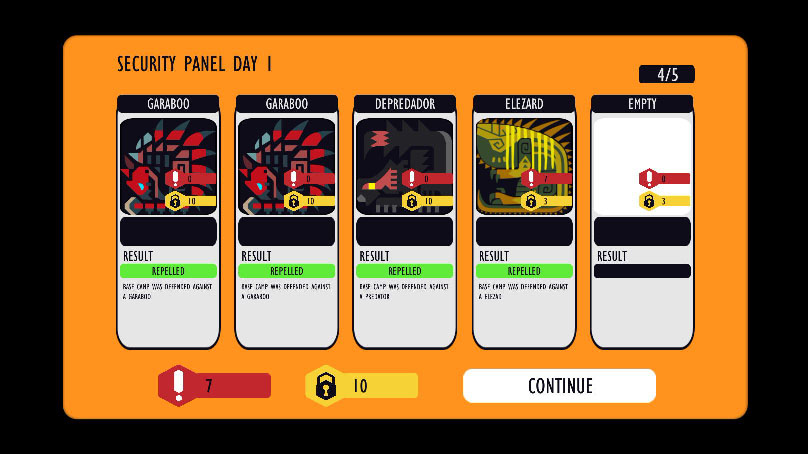 This system allows us to play with many interesting parameters like: the position of the attacking creatures, their abilities and the amount of information shown to the player. Imagine a Security Building which targets specific positions or an upgrade station that allows the player to change the attacker's position or silence their abilities.

Now, there are other creatures the player will be able to interact with in real time.

In the future we hope to have around 5 or 6 creatures classified into 3 categories (Burrowers, Roamers and Territorials). I will now explain how each of these 3 types of creature will interact with the player.

First is the Burrowers, which get the name from the fact that they all have a specific Home, or Burrow, on which they can rely on to escape. These creatures never go very far from their home and have 3 different states: Idle, Curious (once the player is within a given range) and Scared (at which point they dart off towards their burrow).

Currently we have 1 Burrower implemented: The Garagoo 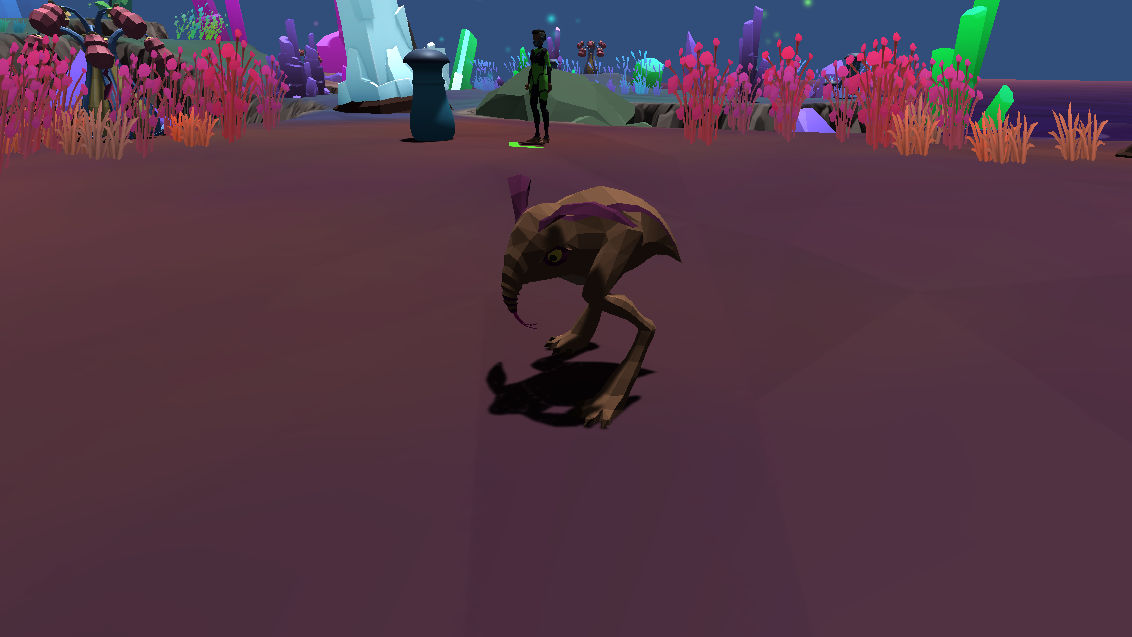 Next up are the Roamers which do exactly what their name suggests and roam. They will walk all around the map stopping from time to time to graze and do other alien stuff. These creatures only have 2 states: Idle and Scared.

Currently we have 1 Roamer implemented: The Maganantee 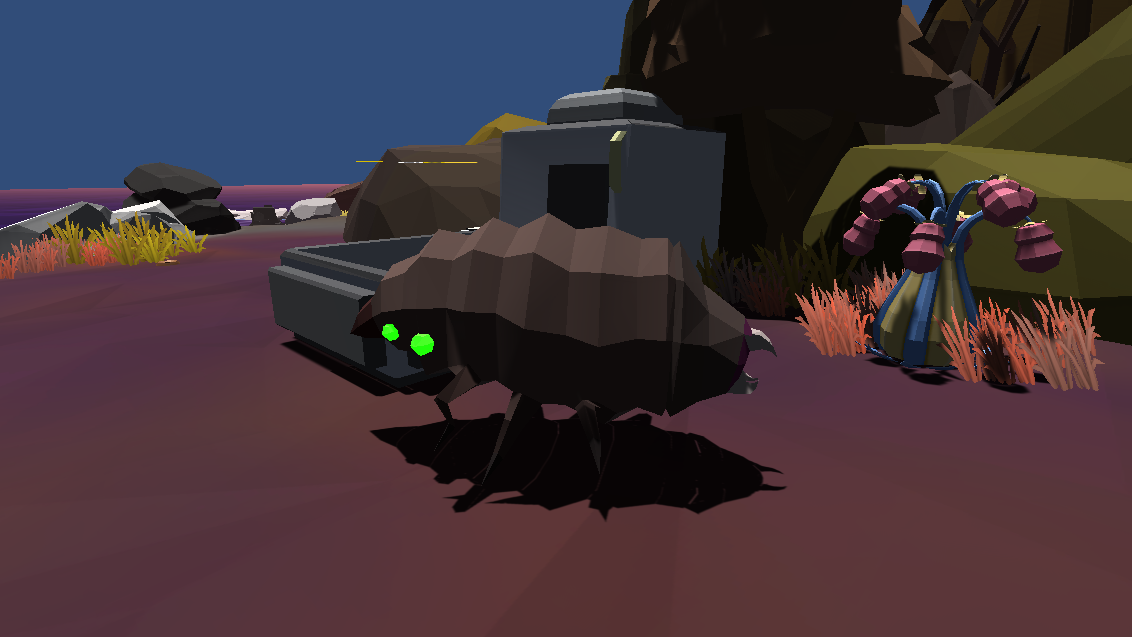 Finaly let's talk about the Territorial creatures. This aggressive beings act as blocks in the level, scaring off any workers that try to enter their area and forcing the player to have to Hunt it in order to access the guarded resources. How do you Hunt? That's a story for the next Devlog!

Last but not least we want to show you guys the current state of our final map for the first chapter.

The player will be tasked with learning the different mechanics while trying to slowly make their way through the level's blocks to access a strange energy source signal that might be their ticket off the planet.

The scenary will a mix of jungles and marshes with a stronge blue, purple and green color scheme. 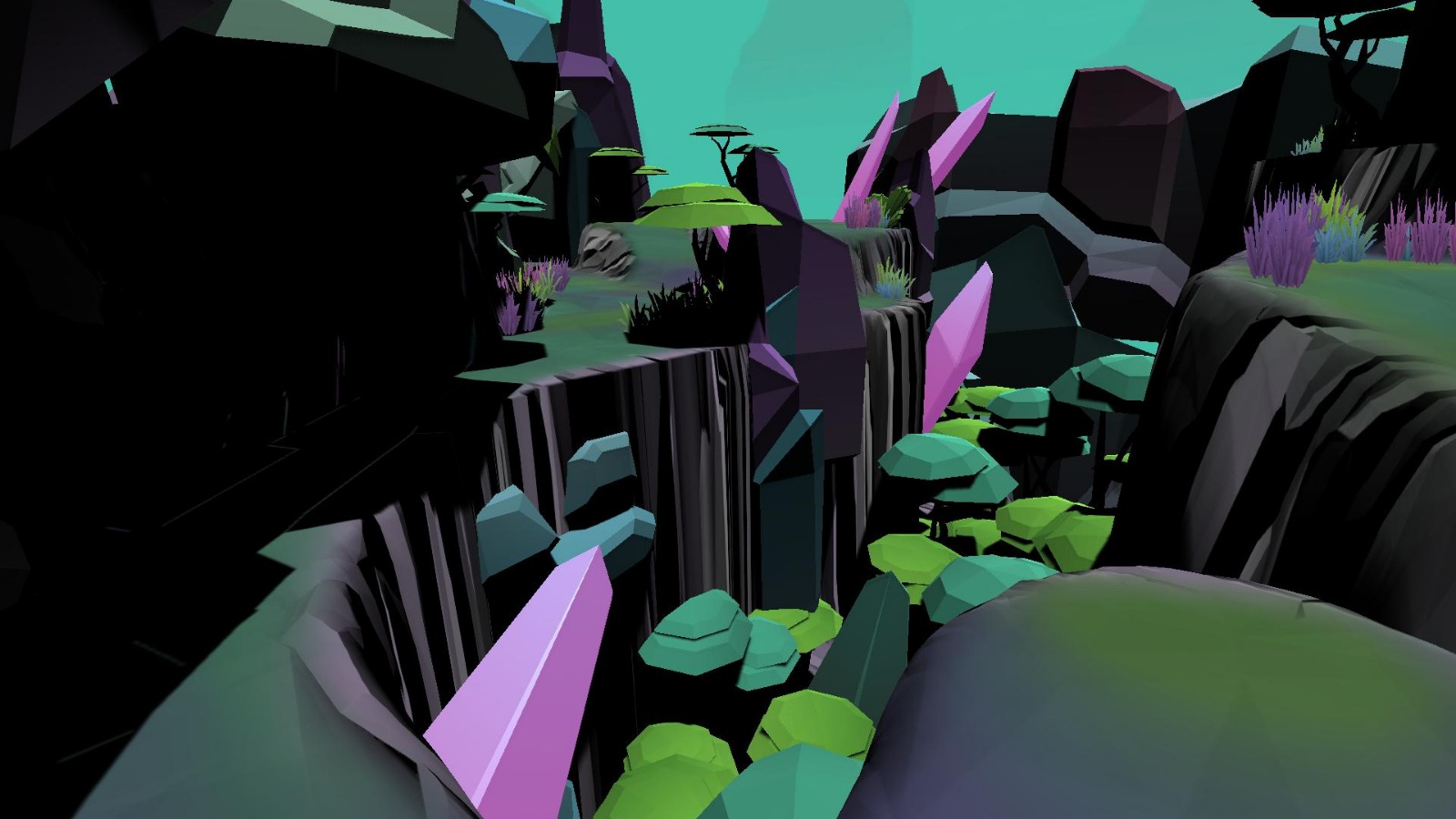 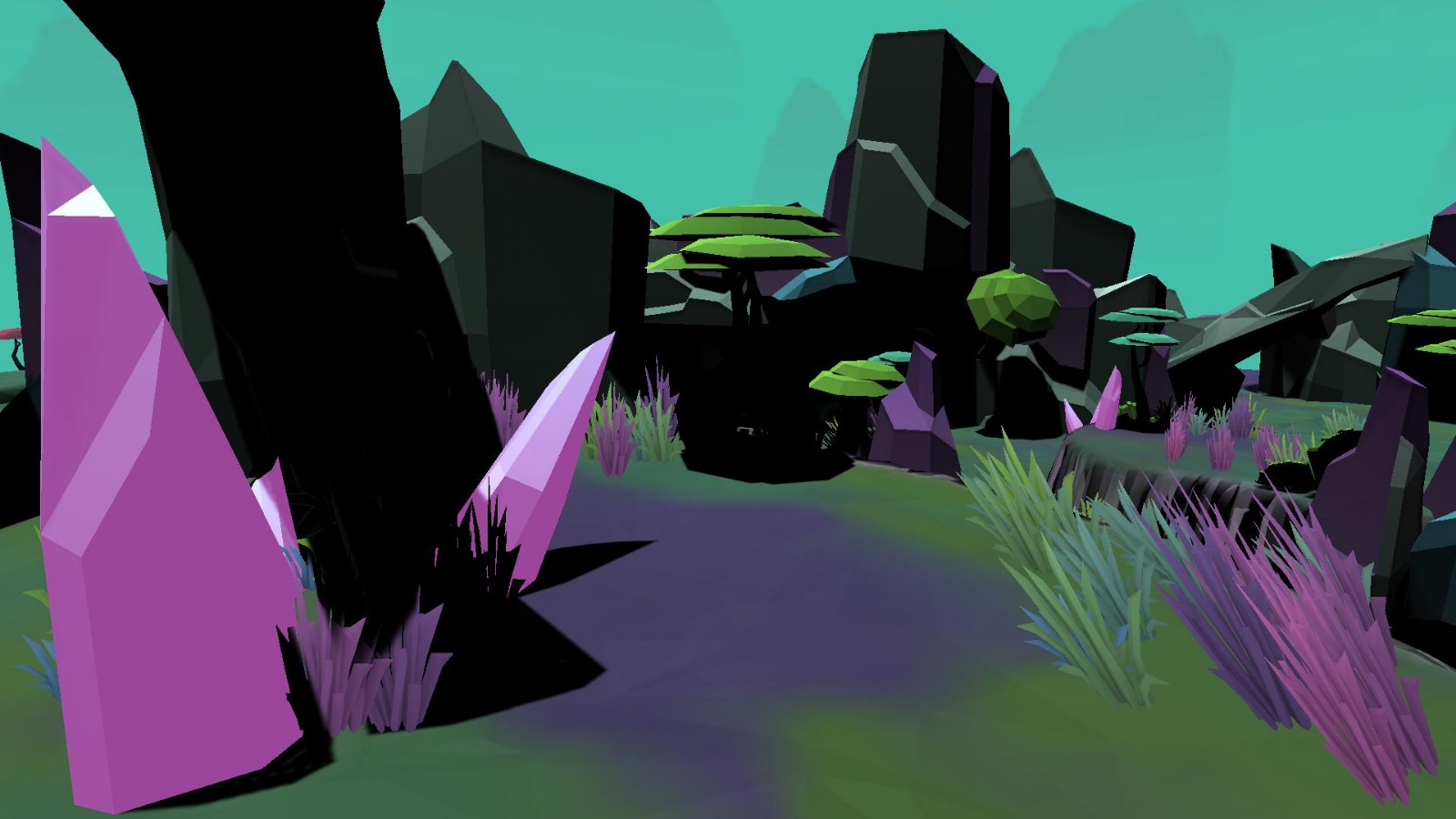 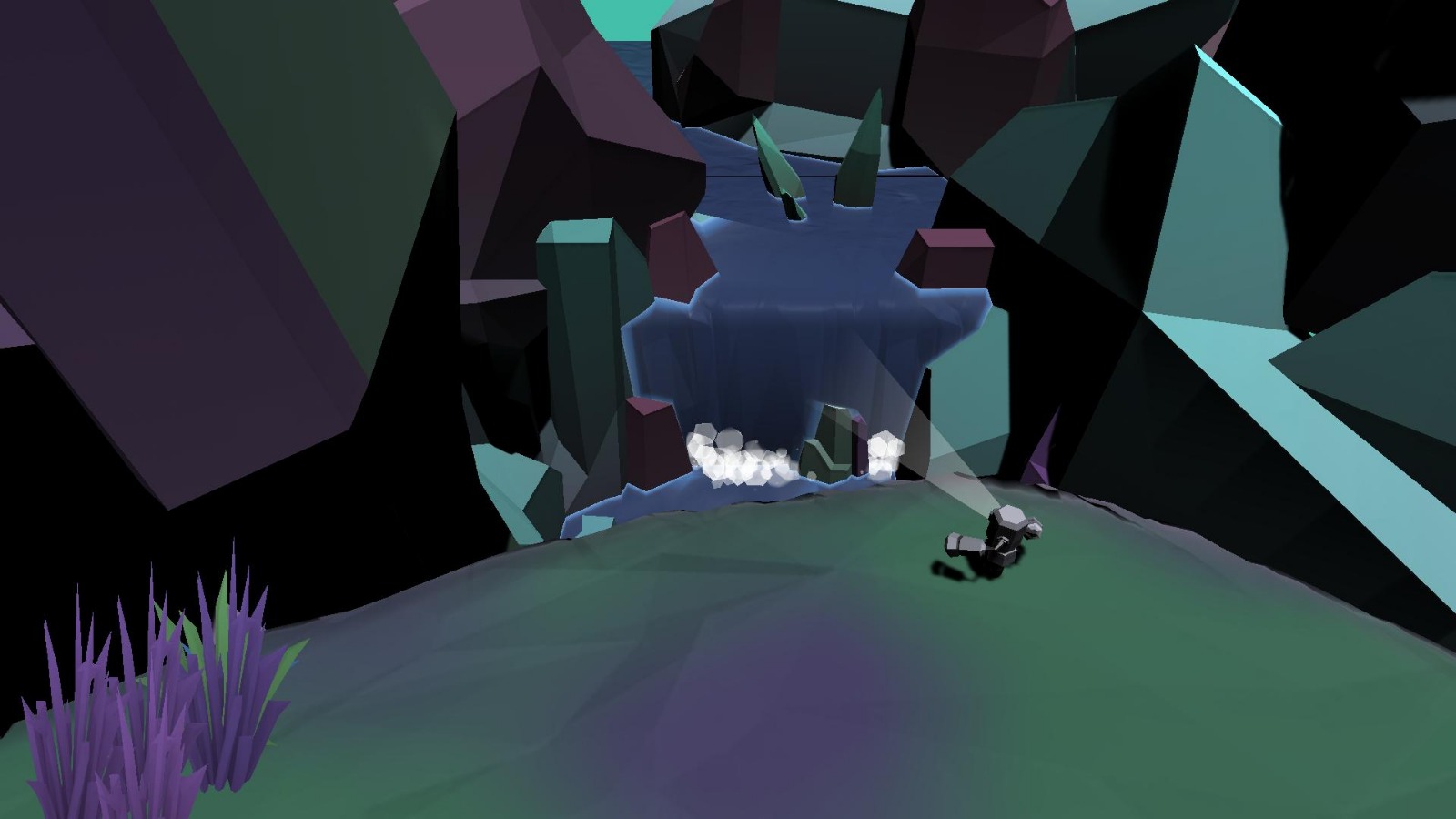