Progress on revamped new levels has been significant and together with feature upgrades brought us a bit closer to the finish line.

Wow, it's really hot! July brought lots of action for our team. Progress on revamped new levels has been significant and together with feature upgrades brought us a bit closer to the finish line.

Also, a store front for Dune Sea is now up with a shiny new Steam page.

Some of the areas feature lava or volcanic terrain (a classic in platformers) and so this called for a few props. Lava pools: A major challenge was creating the lava material to look glowing hot, and still fit the flat shading style used in the game. The result is this glowing lava material that we are very happy with. 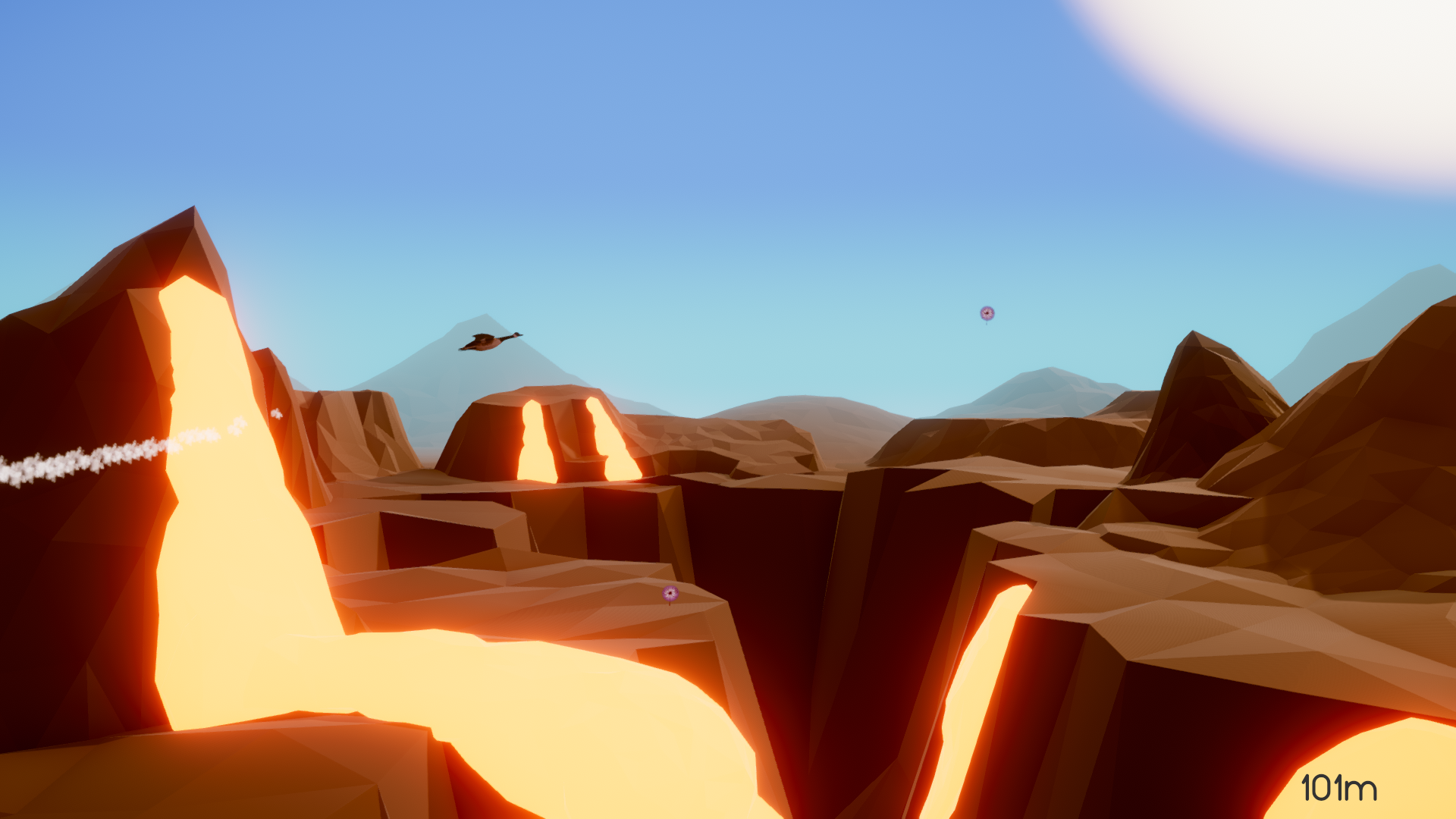 Another element is heated rock debris that get shot out from the active volcano. These are large projectiles that would kill on impact.

Down By the Water

For an area with a stream and shallow pools, we were looking for a stylized look that would mesh well with the low poly environment. 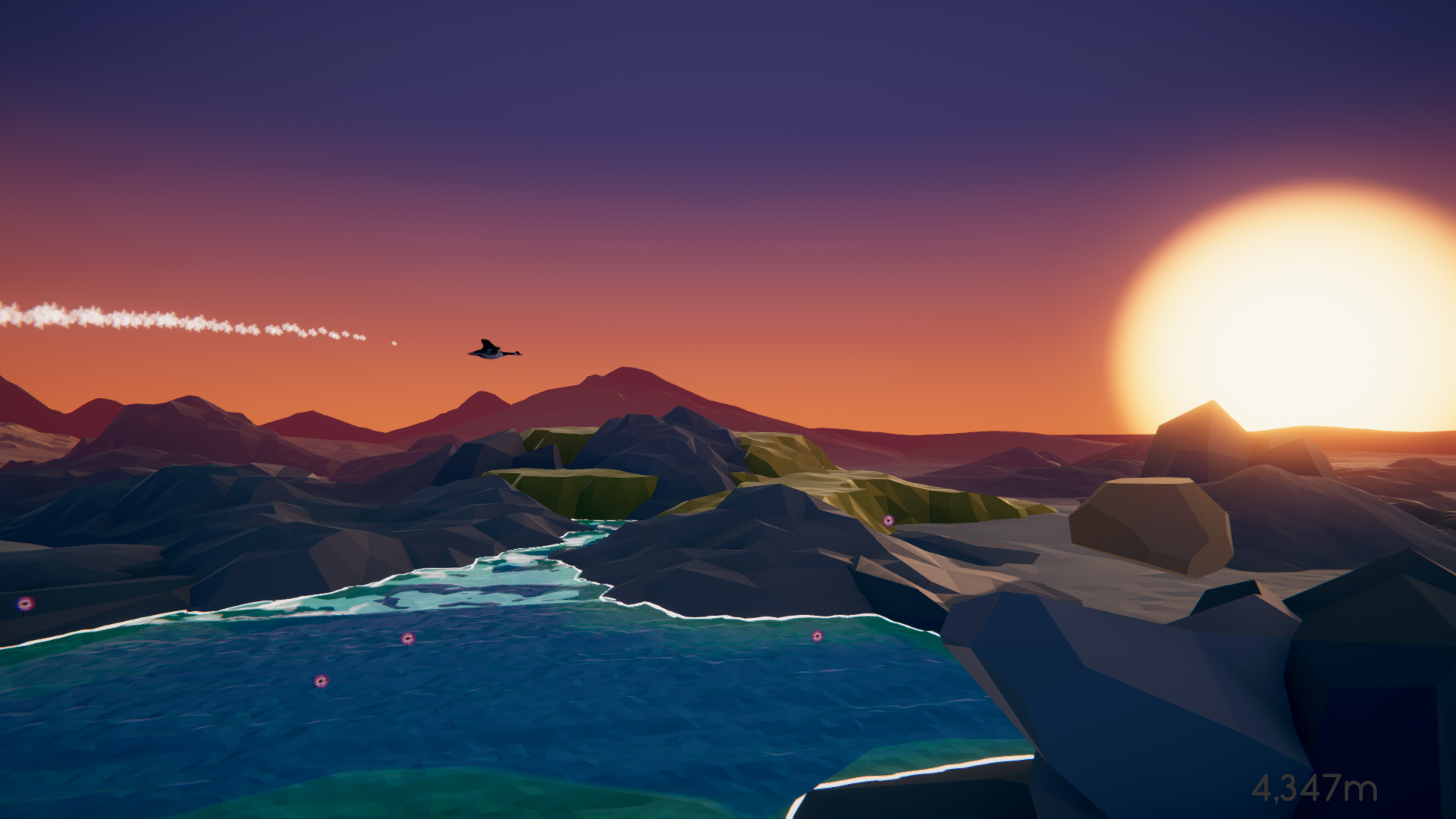 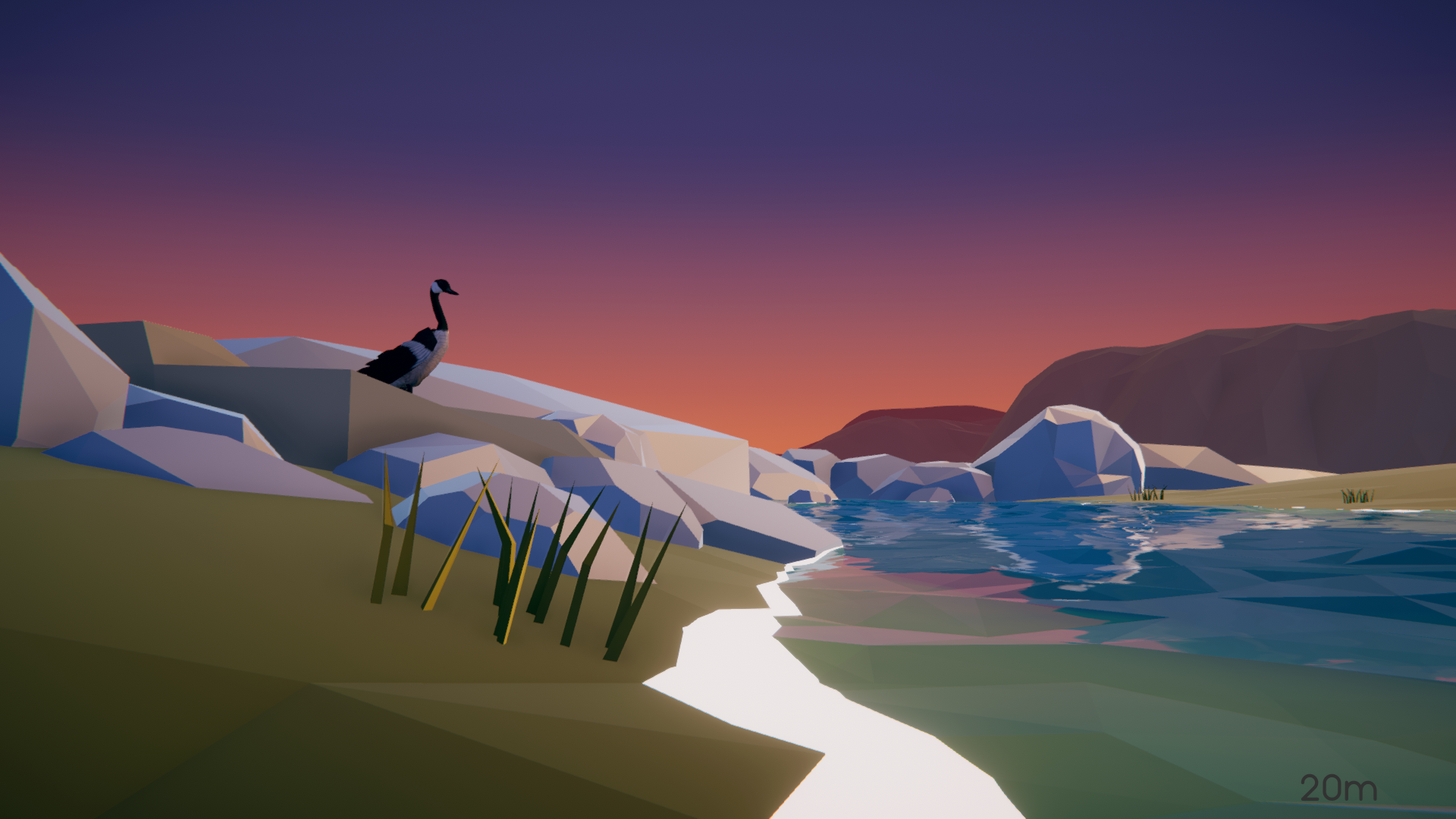 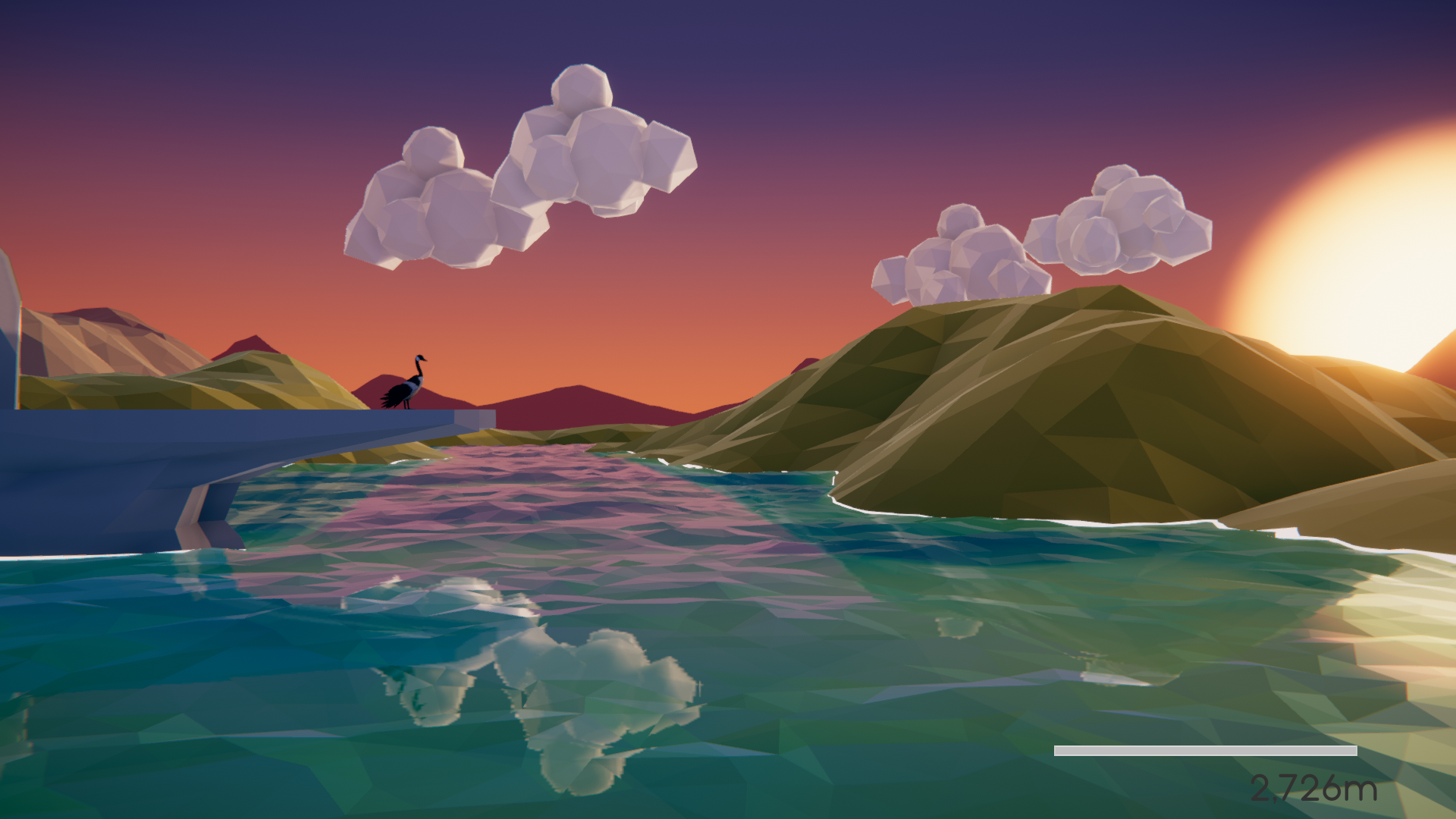 This perch point is placed right on the waterline. Note how the reflection of the sky adds an extra touch to it.

Some areas are difficult to pass, so this example would show you how it's done with style.