Continuing with our second faction feature - AIAD, the robotic faction in Star Villains and Space Heroes.

Welcome to the second faction feature, featuring the AIAD - the robots!

AIAD - The “Artificial Intelligence Administration.” (P. Aye-add/Eye-add) is a civilization of sentient, robotic beings on the northern flank of the Skywall Corridor in the Orion Arm of the Milky Way Galaxy. The vast majority of the AIAD population consists of bipedal, semi-integrated, self-locomoting robots, though there are notable exceptions. The robots differ from traditional artificial life in many respects, the foremost of which is that present day AIAD are the result of an evolutionary process, albeit one which was probably started with engineered machines. Their progenitors remain unknown. The result is a species with a relatively short history and a unique psychology. AIAD robots, for example, experience emotional responses to stimuli in much the same way some biological life does. By contrast, precision, planning, and calculation are innate by-products of their linear mental processing. AIAD is currently recovering from a three-year conflict with humanity, which arose after the turmoil of the Andrasi Exodus. AIAD attempted to seize several strategic systems in the Skywall Corridor, including several systems inhabited by allies of EMPOL. AIAD would eventually surrender unconditionally to EMPOL when human forces reached the robot homeworld and were able to force the robots to sign a treaty.The war’s impact on AIAD society was widespread. The former government and leadership of AIAD was captured by EMPOL after the cessation of hostilites. Until the end of the war, AIAD was ruled by an elite caste of robots, whose role was to carry out the will of "Unified Consensus". Unified Consensus refers to a centralized computer system which contains, amongst other things, the sum of AIAD wisdom and knowledge. Unified Consensus is not a life form, but rather, a set of heuristic algorithms and logical expressions which are capable of decision making, and a database. the AIAD rely on Unified Consensus for leadership because of its “wisdom” which is unclouded by the local stimuli of individual robots (emotion). Since Unified Consensus also had access to a complete record of AIAD knowledge, it could be relied upon not to make incorrect decisions because of ignorance.Unified Consensus was deactivated by treaty stipulation, and put into cold storage. A new government now controls the AIAD. The treaty also stipulates that EMPOL may station an occupational army on the AIAD homeworld, to ensure the security of the new government for an indeterminate period. This is a major point of contention between EMPOL, the new AIAD Government, and their opponents within AIAD Society. 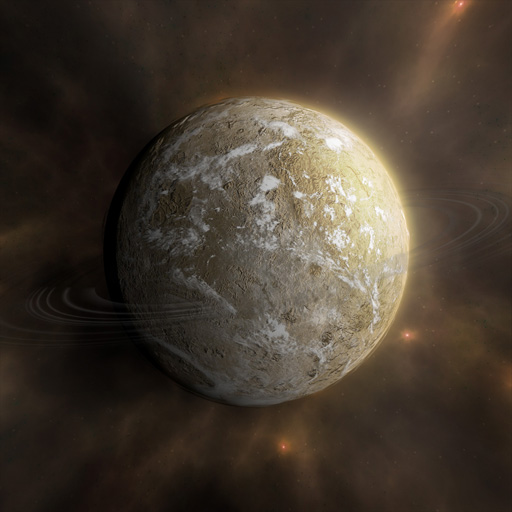 While most biological organisms interact with the electromagnetic spectrum to a certain extent via vision or similar, AIAD robots have the ability to view and emit all frequencies of electromagnetic communication. This is the functional basis of their sensory interaction with the world, and their means of communication. The robots can easily communicate wirelessly, and silently, via the emission of radiation in many sections of the electromagnetic spectrum.
The AIAD-EMPOL Treaty curtails their use of such wireless communication, especially in the presence of human security forces, who view the ability to organize silently as a paramount security concern. At this time, the official language of preference on the AIAD homeworld is English. The robots do not possess auditory organs, and must approximate with their existing hardware. 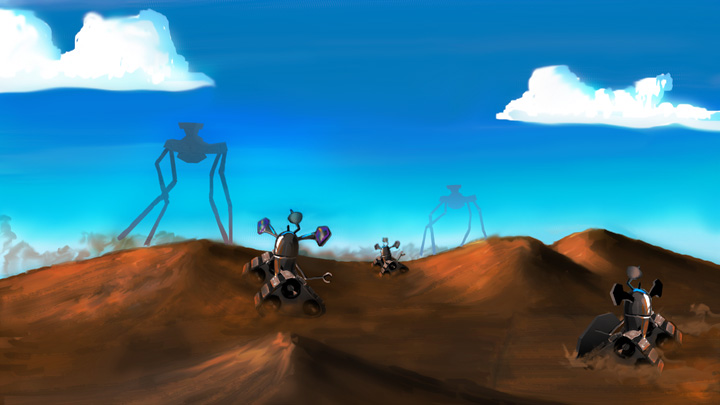 The mechanisms from which the robots evolved were likely simple machines, utilizing path-finding algorithms and simple heuristics.

The robot brain stores data in non-linear networks, but processing occurs via a linear logic gate architecture. This means that some processing tasks are easier than others, and the robots experience discomfort when attempting to process excessive variables.

The baseline emotional state is exemplified by situations or stimuli which allow them to understand what is going on without having to expend greater cognitive faculties than are necessary. They appreciate phenomena that are well organized and simple, and feel uncomfortable with that which is difficult to predict, compute, or analyze. This can even be observed in their architecture. Where a biological life-form might be most at ease in a large space with proportions dictated by aesthetics, AIAD robots would instead prefer virtually any size of environment, as long as all of its dimensions were integers, and ideally, the area was cubic, so that all three of it’s dimensions could be stored as a single data entry, rather than three.

Because of these treaty stipulations, an increasingly prominent rebel faction has emerged in AIAD society which is seen as a threat both to EMPOL, whom they wish to evict form the robot homeword, and the current AIAD government, who they view and an abomination. The rebel group’s ultimate goal is to liberate the entire AIAD from EMPOL, return to the pre-2389 borders, and above all, restore the leadership of Unified Consensus.

Due to formatting restrictions here, you can check out a more fully formatted version of this article on our website here. Click on the AIAD logo.