Originally posted on my blog on Dec 31st 2012 ...since this is the last post of 2012, I guess it should be something meaningful so I’ll be talking about a few things here.

Posted by TheDomaginarium on Jan 2nd, 2013

… of year 2012, obviously. This is not my last post ever (unless I die or something horrible happens to me).Anyway, since this is the last post of 2012, I guess it should be something meaningful so I’ll be talking about a few things here.

I’ve been working on Enola for 11 months now. The original game had a very simple story and in case you missed it here’s the explanation: There’s a killer and you’re someone who escaped the killer’s lair, but you’re going back because you want to save someone (your loved one). This full version of Enola is based on the same idea. You’re trying to save someone. However, there are a lot more elements to the story than just that. It’s been nice to see how the game has evolved, and how the story pretty much takes the whole thing into a new direction (writers should understand this, since a lot of times stories write themselves and writers only put them on paper).

Enola is a horror game, as you know, but it’s also a weird animal. It’s not a horror game in the traditional sense, in part because of the story (well, a love story and a “save your princess” premise are not very original at all, everyone knows that, but what’s interesting, at least to me, is how this over-used premise unravels an interesting story). The game is also very Silent Hill influenced, because I’m focusing on psychological horror. The reason why I didn’t want to include monsters/zombies/similar in the game is because I wanted to make a story about humans, and also because adding some bull-faced-spider-minotaur-monkey would not make the game any better considering it’s a game about a serial killer.

There’s also the fact that sometimes it does not follow the “conventional game” rules” –(if such a thing exists) Levels in Enola are puzzle-based while the island is more about walking, and the level I’m currently working on will be mostly about walking and listening (in a very Dear-Esther-ish way). All of this onto a very surreal environment. The same surreal-stuff causes things to become very weird sometimes… 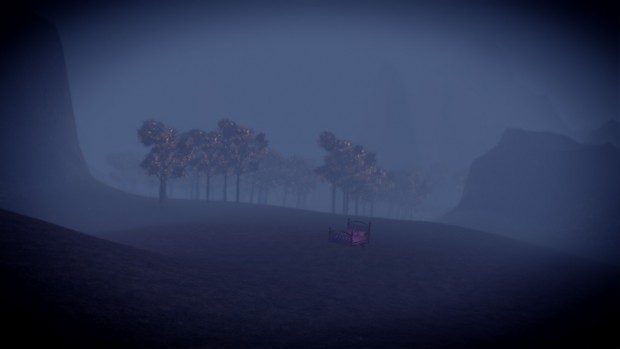 Speaking of weird, I was talking to some dude yesterday about why I personally find Silent Hill more frightening than Amnesia. Amnesia is basically one adrenaline rush after the other, every time a monster chases you, and after a while it becomes a game of hide-and-seek (and not having combat doesn’t make it more scary than games like Silent Hill or Fatal Frame, where you do have combat). On the other hand, Silent Hill is unsettling, unnerving, and plain weird. To me, that’s more frightening, but your case may be different (then again, the whole point of making games is making the games “you” think would be cool, and that’s why I’m making Enola and not some Slender-clone).That’s not to say I plan to fill Enola with weird stuff all over the place because that would get old fast.

I’m about to release a new update, and believe it or not I do try to find and read all the comments people post about this game on the net, and use that input to make a better game. I once read how some people miss the thick fog present in past builds, so I decided to bring the fog back. I didn’t want to have a fully over-exposed environment with a fog so bright you couldn’t see a damn thing, so I decided to figure out how fog would look in the night, and then emulate the look. 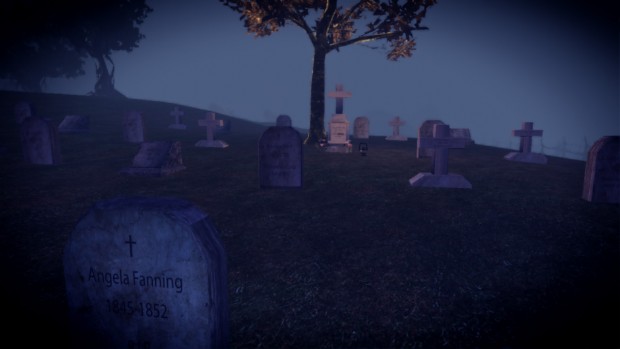 There will also be more things to see on the island, and these things will help improve the story (and make the island a more interesting place, considering it’s a BIG island). BTW that screenshot above shows something of great importance

Some people are having trouble figuring out what the hell is going on (story-wise) and I obviously didn’t see the problem because I wrote the damn thing so I know why certain character says this or that, and how each diary note relates to the story. Taking that into consideration, I thought I’d sorta change some things on the first part of the game so players have a better understanding of where things are going (back to the very unoriginal but well executed premise, there’s a serial killer and you’re trying to save your loved one). I’ve also limited the things you can visit right off the bat, so the story is fed in a more controlled way.

That doesn’t mean I’m flat-out telling players where to go and what to do. You still need to be a good observer because Enola will not hold your hand (not even if you’re a girl): 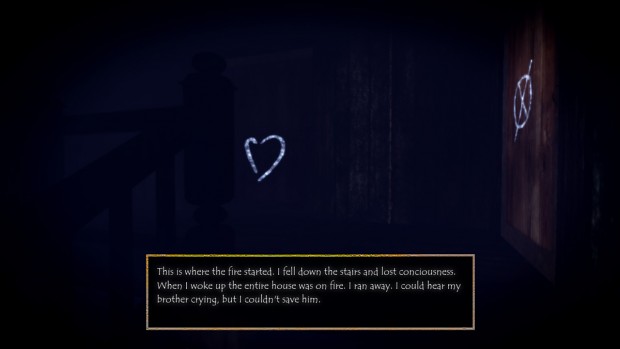 I’m also adding the fog to the levels again, for the same reason I described above. This is the house level with fog on. I really missed the fog, as it gives a very nice sense of “dreamy-ness” so to speak. 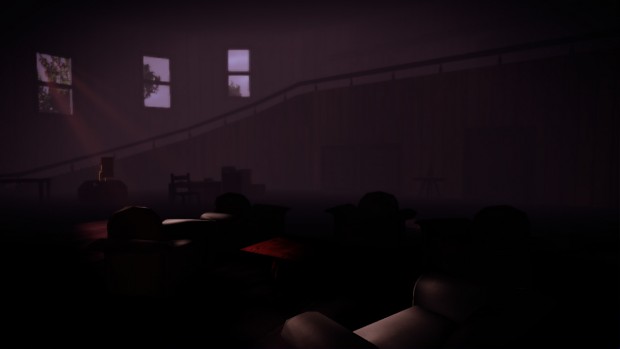 As you know we began working on the final characters. These look a lot better than the ones you’ve seen so far. Right now you will notice a square thing when you look at certain characters. That’s a debug thing and I will remove it in the future. That’s basically a thing I’m using to let the system know if I’m looking at a certain character, so the character can perform specific things (for example if you run into Angelica and she needs to speak, I want to make sure players are actually looking at her when she starts to speak so they don’t miss anything). 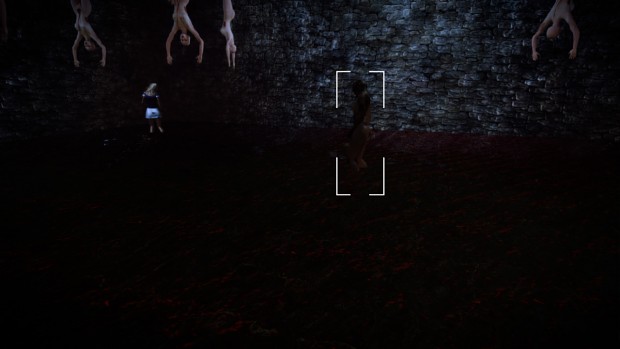 There are many other things you will find in the game. All I can say is the game is taking a darker and grittier shape on each release, which is really really cool. After all, if I can get people to be at least a little disturbed while playing it, I’ll be a happy man. 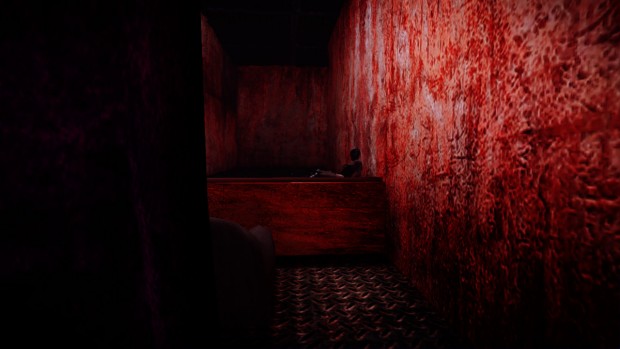 As I said at the beginning of this post, I’m liking the way the game is taking shape. You may or may not know that I’m a storyteller above all, not a game developer. This can be a bad thing because I don’t really know the “rules to make an addictive gameplay mechanic,” but maybe it’s a good thing because I can think outside the box and come up with different things that help tell a good story (and hope those different things don’t suck balls).

Since this is the last day of the year, I’m thinking a few things. There are a few things I want for next year, but if there’s anything I’d really hope is for something (good, of course) to come like a storm and turn everything upside down. I want and need to see new things, meet people and all, also because that gives me inspiration to come up with newer ideas.

So I’m not much for “new year’s resolutions” and all that crap, but if I had to pick one I’d say to see something that startles me, and to meet someone from a different country that gives me a different perspective (and I mean personally meet someone). Pretty simple, eh?
Anyway, I’m hoping Enola will be successful enough that allows me make another game afterwards, and repeat that cycle over and over. I’ve wanted to tell stories for as long as I can remember, and games can be very a very interesting medium to tell stories. I can picture myself doing this always (as long as I’m able to be at different places at different times, so I can see things that inspire me).

Please vote for Enola on Steam Greenlight (we really really really need those votes, we're not even in the top 100, and Enola is losing traction :( ).

If you find Enola interesting and want to support its development, you can get the alpha on our website, Desura, Indievania or Gamersgate.