Enola is (in not so many words) a game where: You’re a girl on a mysterious place, looking for her loved one, and you need to rescue her before it’s too late and the killer claims yet another victim.

Before I say anything else, you know (or should know) Enola is already playable. 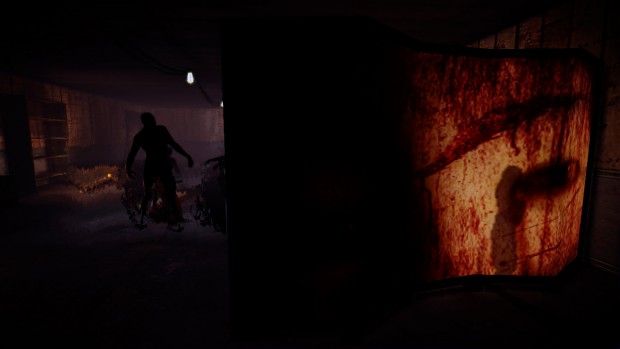 Usually there are 2 types of changes in Enola: story progression changes, and content changes. Story progression changes happen when I find the need to change when something happens (for example, certain part of the story works better at the end and not at the beginning), or when I rewrite stuff (for example rewriting message logs or removing them completely). Content changes are related to changing how the game looks and sounds, and also adding or removing such content.You can guess I actually read what people have to say about this game, and if someone complains about something, I won’t say that “gamers just don’t get it.” So even if the game is pretty much a linear experience, and not a sandbox game, alpha funding is a good way to test the ideas and see if what I think is cool will actually work or if it needs to be reworked/removed. Some comments were related to how difficult was to actually “get” what’s going on and what the story is about. After thinking about that I decided to rewrite (story-wise) almost all the beginning, so it’ll make it clear that you’re looking for someone who’s missing, and you also get to hear the killer for the first time, letting you know what your final goal is. 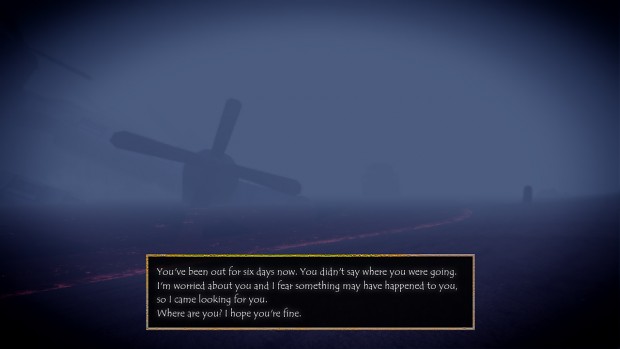 So Enola is (in not so many words) a game where: You’re a girl on a mysterious place, looking for her loved one, and you need to rescue her before it’s too late and the killer claims yet another victim.To make things easier to understand I also changed the level progression. At first you could go pretty much everywhere, but now you can’t get into the strip club level until you “unlock” it, meaning you have to go through a previous level first. This sounds like a small change but it’s meant to somewhat control “the flow” of the game and the story.There’s also a new area to explore, “the cave.” The cave will be an interesting place as development progresses, because it shares many interesting details, and you will surely find some nice things inside. As the caves take more shape, they will also provide a different mechanic to the game. So far the levels have been about solving puzzles, but those caves will be more about exploration than anything else, and puzzles will be minimal.With so much text content in Enola (and considering I didn’t want to add “titles” to the text boxes and that’s why you never read “Angelica’s diary” or “Dude number 11 diary”), it’s difficult to figure out who’s saying what. This version includes some more audio content (although a lot of content is still missing). Now Enola also includes a few more sound effects. Sound design comes from Studio Daisho. I have to say those voice overs are reaaaaaaaaally cool. 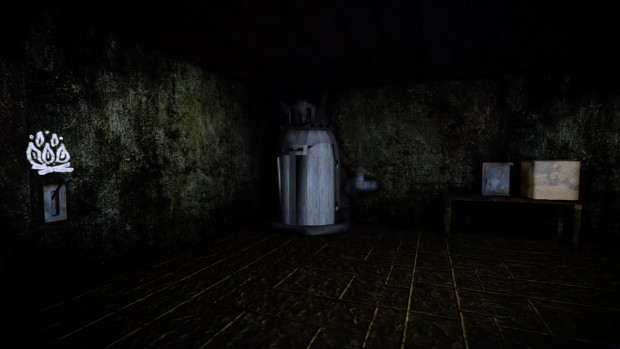 Even if Enola already includes some levels, I can’t say those levels are finished because I always go back and change some stuff. Right now the cabin and church levels have some really really cool changes. Those of you who have already played Enola surely remember the iron maiden in the cabin. That whole area has been reworked, and now the dude inside the iron maiden (one of the monsters) is introduced by our very own killer. Studio Daisho made some really neat sound effects and voice recordings for that part.In the church I removed the part with the 3 crosses, and put a very nice riddle instead. It’s a numbers riddle, and you need to figure out the answer to continue. However, following the same rule as many riddles in Enola, failing the puzzle means death. I’m guessing that for some, that puzzle is going to be very hard

The fog is back in Enola. It’s still night time on the island, but I added the thick fog again to create a nice atmosphere. That fog makes it difficult to see, and you never know what you will find. The rest of the levels also have fog, and that fog adds for a nice distance effect in those closed levels. Using thick fog means Enola does not work on stereoscopic 3d setups due to ghosting (so those with Nvidia 3D Vision displays, no 3d for you), but I think the fog and atmosphere is way more important that the fancy 3D. 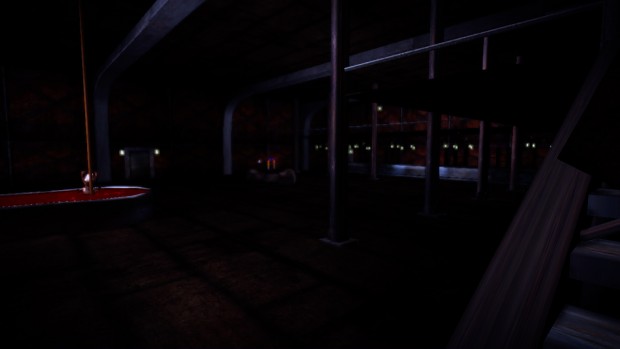 You may remember I’ve shared some character tests and stuff. We began to replace the characters in the game with “final” characters. Those characters look a lot better than the previous ones, they have better textures and are more detailed. It’s not like we have FarCry3 – quality characters, but we’re not as good as the guys from Ubisoft either. Still, characters are looking cool, and I can’t wait to see them animated (I mean really animated, speaking and all). 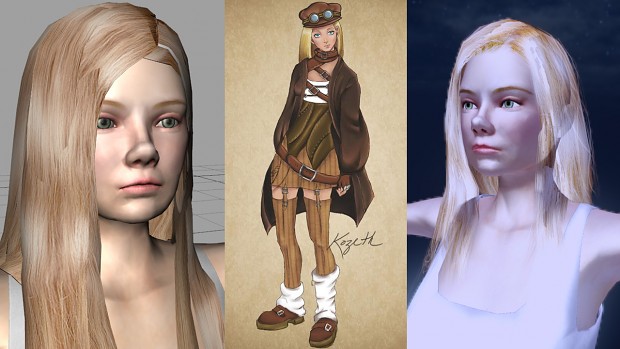 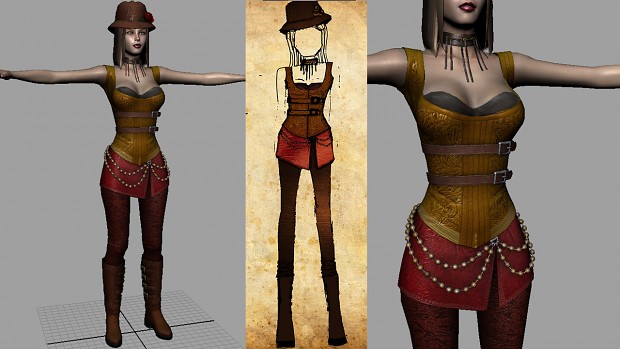 Someone said it would be nice if the Enola launcher had a button you could use to check if there’s a new version. Well, I added that button and now you can check if you have the latest version. If a new version is available, you can simply download it from where you got the game.So in general Enola alpha 0.6 has a lot of nice content changes and additions, and also improves on the story flow. As you play the game, you may think it’s a very unconventional horror game, because it doesn’t bomb the player with countless of “dark stuff” but rather presents a story about love and survival. I’m very excited about this game, and the best of all is that those on the team are excited as well >:DAnd that’s it, remember to vote for Enola on Steam Greenlight, and get the alpha from: Indievania (if you have Paypal, use this one!!!), Gamersgate, Desura or our website.