We're looking in detail at one of the first enemies the player will meet - Bacteria! I’ll go into more detail on my thoughts for this enemy during the design process and also some of the science behind it.

Time for another update! This time we're looking in detail at one of the first enemies the player will meet - Bacteria! I’ll go into more detail on my thoughts for this enemy during the design process and also some of the science behind it.

I’ve recently been playing Control, and one thing I really like about it is the enemy design - each enemy provides one kind of challenge (either through its attack or by countering one of your attacks). So different combinations of enemies can provide unique encounters and keep things fresh.

It’s the sort of interaction I’m aiming for with Nanocell Squad.

Bacteria are close range attack troops and boy do they have the tools for the job. Firstly, they give off dangerous toxins that harm any units that come close to them.

But if that doesn't work, they have 2 decent size tusks to swipe with! 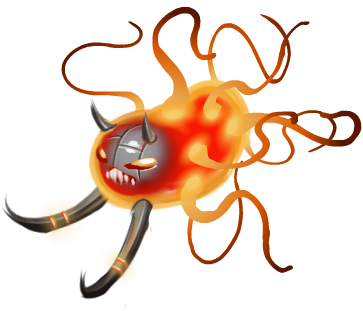 Bacteria often fancy finding metal deposits to harvest minerals so they can reproduce. It's easy to get overwhelmed if you don't take care of them. And if they don't have enough resources to reproduce, they might produce some robo-toxin (see below) instead that can interfere with your body cells. 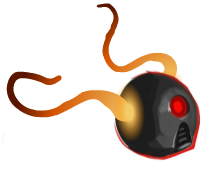 So that’s it - nothing too fancy but these are the enemy grunts who just want to take your units down up close, they don't care how. So you better make sure you have some ranged units around to help out!

The visual design of the units was very much driven by 2 things - what the bacteria look like in real life and what to give them to make it very clear to the player what their strengths are.

You’re not going to go near anything with huge tusks, are you? ;)

I worked with our artist to get the look right too - we wanted just the right combination of ‘biology’ vs ‘tech’ - sort of like cyborg cells.

When we first started out we tried sticking to a more realistic 'bacteria' look (see below) but it was just a bit....well...boring! We're definitely happier with the new look! 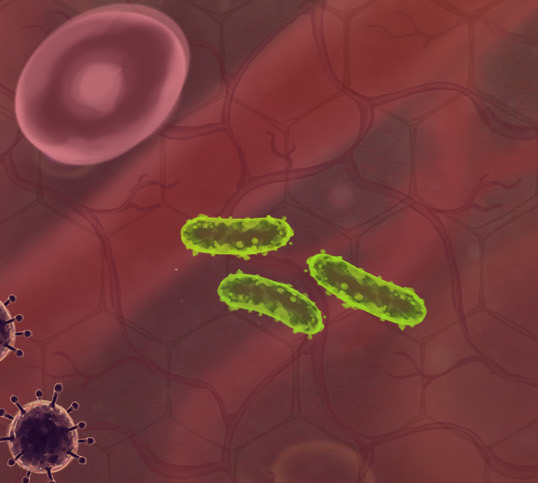 The goal for all these units is to keep it simple. There’s going to be a lot going on and the player isn’t really going to appreciate (or even notice!) lots of tiny details - instead each unit should have one or two distinguishing features, and that’s it.

You've probably heard about bacteria before, and yes some do cause disease via the toxins they release.

There are two main types of bacteria - gram negative and gram positive. These classifications relate to how the bacteria stain with certain chemicals. Gram positive stain differently because of their cell wall, which you’ll see when we cover them means (in the game) that they’re trickier to deal with than their gram negative brothers!

The bacteria enemy I've mentioned here is gram negative and is modelled off a bacterium you’ve probably heard of, Escherichia coli (aka E.Coli, though it doesn't have tusks!). 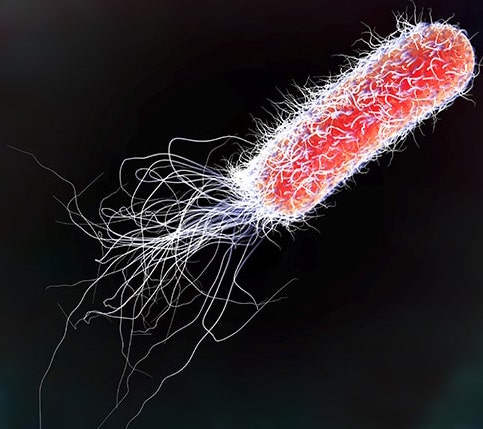 These bacteria have flagella which help it move of its own accord, which you can see in the enemy design.

But I want to make it clear that not all bacteria are bad for us, and in fact the more we learn about the human microbiome (the name given to all the bacteria that live within us without causing disease) the more we understand how important they really are. (If you’re interested in this, there’s a fantastic book about bacteria called I Contain Multitudes by Science journalist Ed Yong).

Will there be friendly bacteria and gram positive enemy units in the game? Well, that's for another post

Thanks for reading and as always we really appreciate any comments or feedback here! And if you'd like more updates, you can sign up to our newsletter here.