"Quraish" is the title of a 3D real-time strategy game powered by the DSK engine. It was the first Arabic strategy game and considered one of the largest game productions in the Middle East region in 2003. 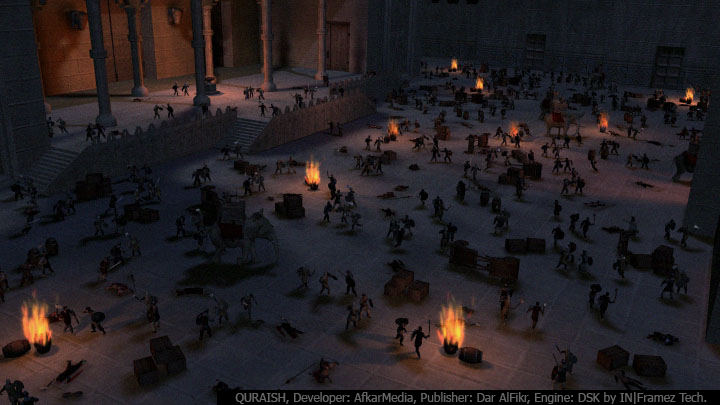 Quraishwas one of the first retail games based on the DSK engine. It is a 3D real-time strategy game developed by AfkarMedia, a subsidiary of publishing company Dar Al Fikr in Damascus/Syria in 2003. At that time, AfkarMedia decided to take the challenge and set new boundaries for the gaming industry in the Middle East region by developing Quraish, which was considered the largest game production for the region.

Quraish was a sizable involvement for AfkarMedia in which DSK proved its reliability and scalability for processing a big number of assets in its pipeline, and rendering large numbers of triangles on low/mid-end graphic cards of that time. 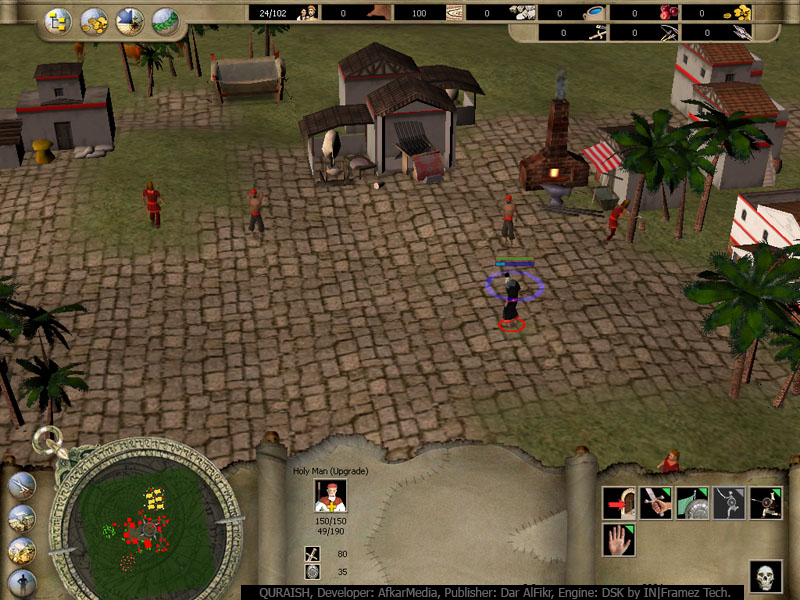 The most notable rendering features of DSK in Quraish were the use of dynamic lighting for time-of-day changes, rendering hundreds of animating army units, and 360-degree eagle eye camera with zoom functionality.

The following are captured video for the gameplay: