I wanted to post video teaser around this date, but we decided to polish some more stuff and capture teaser from final visual and gameplay of the game, so that got postponed for a few days. But desire to share something remained with me, so I decided to settle for a Dev Rant.

I'm Sandro, Gamedesigner and bunch of other stuff at JumpOrFall.

I wanted to post video teaser around this date, but we decided to polish some more stuff and capture teaser from final visual and gameplay of the game, so that got postponed for a few days. But desire to share something remained with me, so I decided to settle for a Dev Rant.

Sooo.. If you're still with me, grab hot tea or cacao(Other beverages won't do) and cookies and I will share with you some interesting highlights of how we started making Washington VS Zombies and what journey, or rather small trip we went through while making it.

My friend Meo came up with the idea for WvsZ on one summer evening, it was just some random thing he thought would be cool to make and when he told me about it my reaction was something between "hmmm" and "meh". But like ideas are known to do, this one seemed to drive Meo and the very next day he, looking half zombie himself after sleepless night of prototyping, showed me the first prototype of the game. 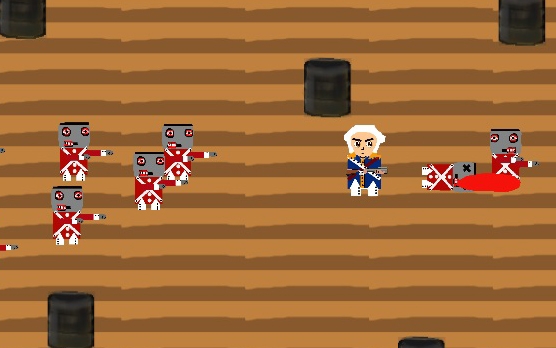 It was completely different game from what you can see on screenshots. Top down isometric view shooter. And it was absolutely crazy, fun and hilarious thing to play, especially for one night prototype. I decided to help out Meo so we could see what this could turn into.

We made second prototype in Scirra's Construct 2 engine, this time it was sidescroller shooter much like WvsZ from screenshots. Making prototype in C2 went very smoothly, and that's one thing we absolutely love about C2. On large projects and big engines, you have to plan and concept game on early stages, then get concept approved by half million people. Patiently wait while slow and clumsy development process twists your idea into unrecognizable corrupted shadow of its imagined self and only get to try out and test the idea few days before its supposed to be shipped. On C2 its -> Imagine, -> tinker few hours with engine and tada! You have playable prototype and instant feedback.

Easy to prototype tools are something we strive to use and create, we don't want to have to put away ideas on shelves or forget them. With C2, combination of fancy idea and few spare hours can turn into a fun prototype. 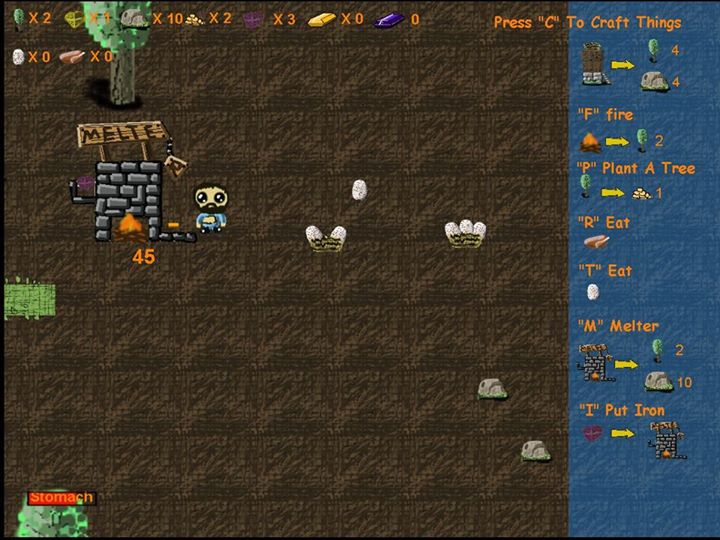 I think its very important sometimes to be able to put your vision into life without any outside worry, planning or having to prove your idea to someone. Even if you know its silly thing and will remain prototype, its fun and fulfilling to make it and see how it turns out.

Got a little sidetracked from main topic, but hey! I did remember to conveniently name the article Dev Rant so :D. In matter of few days we had working level with zombies and weapons and we even had a shop ready ! It ran perfectly on PC, but mobiles gave us trouble. I already had experience from releasing RPS Defense game on IOS and all the little mobile specific details like UI working on every aspect ratio were not the problem, all that stuff worked from first try, but optimization and making game work on Ouya was a bit of trouble. I used cocoonJS to export HTML 5 project into IOS native code. CocoonJS is great feature-wise compared to alternatives but its still beta and documentation is scare, I was pretty much limited to what scirra guys were supporting with cocoonJS plugin.

Gamepad and Ouya support for android via cocoonJS was nowhere in sight and we decided to try porting the game to Unity3D. Dato our programmer made a quick work out of prototype and soon we had most of the features working on Ouya. It was very fun and exciting, our first game running on console !

From there, it was optimization and chopping features off from C2 version and Unity3d version started to emerge with more possibilities and potential. At some point we decided to stop C2 version and focus fully on Unity version. Game grew by hour, we added new larger levels, Meo got to use more tools to make levels look better and feel atmospheric, we got more options with sound design. We added new enemies and bosses. Gui was little more challenging to make than in C2 but Dato (He hates making UI) fixed that too.

Now we have all the features ready, all the levels built and its pretty much down to: testing, polishing and balancing stage. It took us around a month to build main features, that includes two versions of the game on different engines. I like how its turning out, there's some raw enjoyment and fun to 2D arcade sidescroller games that is hard to find in other genres and styles. Maybe its nostalgia from the old nintendo games, but... I think not. There IS something fast and raw and exciting about 2d arcades and shooters. 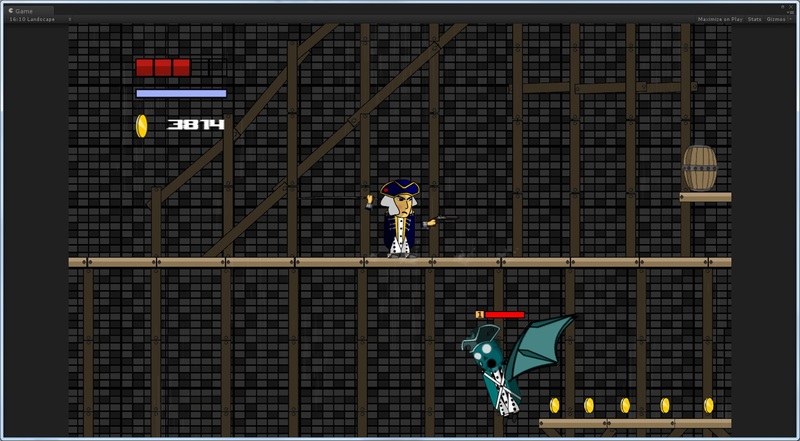 I especially love level designing 2d game levels, previously I had to work more on modern architecture based levels for FPS and TPS games. As I'm not a big fan of modern setting I prefer kind of level design that lets you focus on fun and creativity rather then having to worry about visual and thematic authenticity of each 3d object you place on map. 2d platformers are especially fun to make, you get instant feedback and can quickly and painlessly polish and test the level. 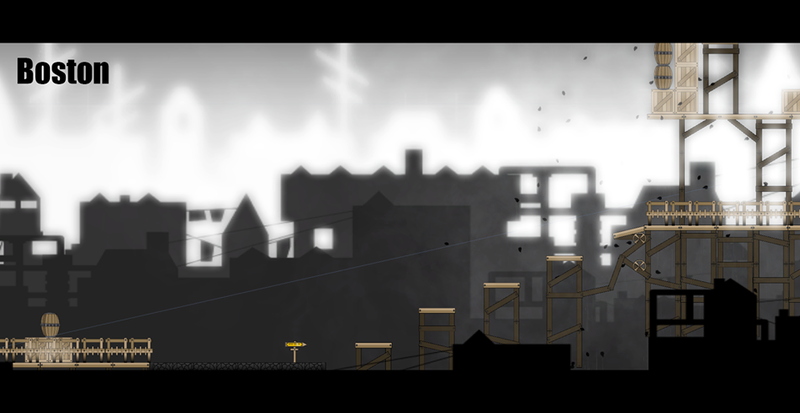 I think I won't dare take more of your time, thank you if you read this far. This is my first dev rant and I wanted to share few things about WvsZ. We'll post videos and cool stuff about the game soon ^^
Oh and while you are still here, if you played some interesting adventure games recently please share, I love to play Adventure games in summer for some reason. Now I'm playing some old games I missed, Runaway being current one, I like it so far but my adventure game list is growing short and could use a few suggestions.

PS please forgive me grammar mistakes, English is not my native language and I pretty much learned it by playing games (especially Morrowind <3), which is not to say Morrowind taught me grammar mistakes, although M'aiq and Creeper were trolls enough to do that, oh wait where was I, hmmmmmmmmm I wonder what this shiny post feature button does.