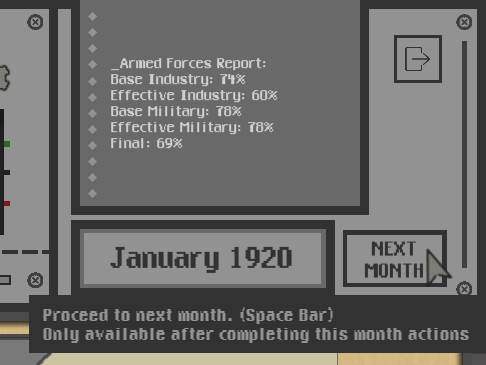 Tooltips were added to most things. This should help new players get into the game easier and better understand its mechanics. 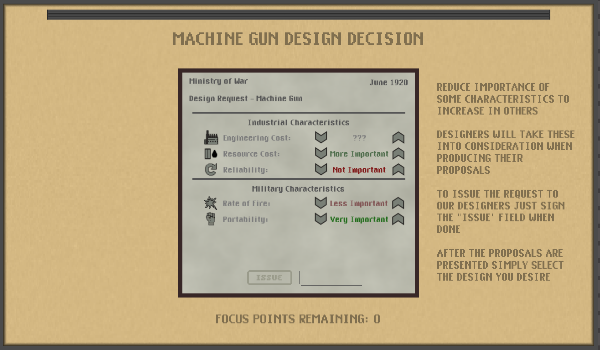 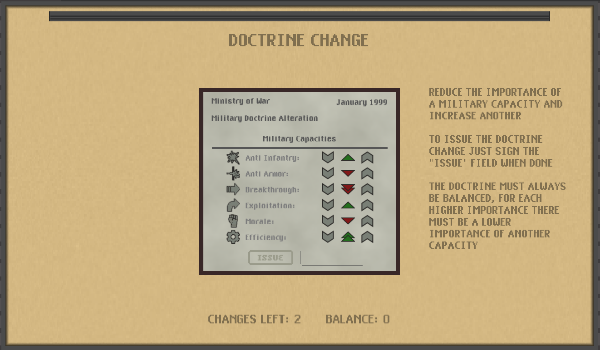 Design Requests and Doctrine Changes now have instructions on how they work, again should help new players more. 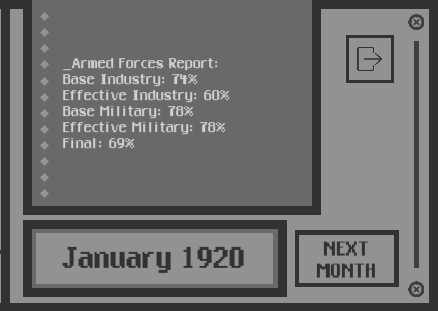 Month passing is now just a button press. Much simpler than the original which was a timer. 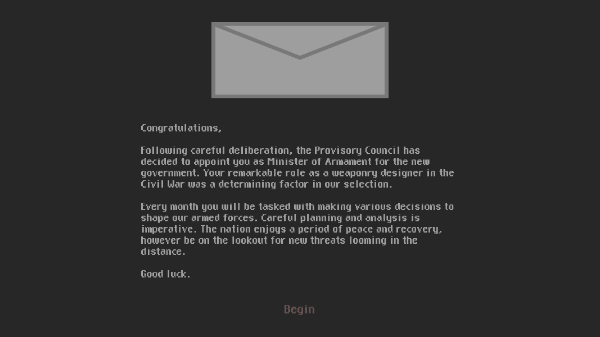 Model generators were added for Anti-Tank Cannon, Artillery, Tankette and Cavalry Tank, the above is a sample of each.

Along with the visual polishing and more player friendly information the majority of the work was done under the hood. Completing the last challenge for the player and balancing, testing and tweaking just about everything.

Armed Forces reports are now presented every 3 months instead of 4, this should help the player better keep track of how well he is doing as time passes.

The "lock" between Breakthrough and Exploitation has been removed. Previously the value of each was always equal to the minimum value of both, that is, each can only be as good as the other. In terms of realism this made a fair bit of sense, it's only possible to take advantage of good Exploitation if we first are able to breakthrough the enemy defenses. However from my testing this almost always lead me to not want to put too many design focuses into these capacities as they felt unreliable and a risky investment. I tried to find a way to reward the player for investing in these to better justify dealing with the problem of their "lock" but ended up not finding any good solution. So for the time being and the foreseeable future Breakthrough and Exploitation will be independent from eachother.

Models now have consistent facing direction. Previously some designs like mortars faced the left while the other guns faced the right, now they all face the right. To fix this I made a simple Python script that uses Pillow to mass mirror all the model parts I needed.

I'm rather happy I managed to do what I set myself to do last devlog and some more. The Final Challenge is complete and feels well balanced and a lot of polishing was complete. I purposefully wont talk about the final challenge in devlogs as I dont want to spoil it for the game release.

The feedback from the demo was very useful, people seem to like the art style, the idea/gameplay and the sound design but raised the problem of the game having very little guiding on how it works. I knew this but it was really helpful to know just how different things were interpreted when the game just throws the player into his "job". Hopefully the game is now much more easy to understand and makes players continue to try things.

As for the next task it's going to continue to be a mix of polishing, making model parts for the generator and balancing. I can see at least another devlog before the release but not entirely sure how much there will be to show. I still have victory/defeat screens to complete but not sure I will show them here. And finally I still want to find a way to better present to the player the Industry, Capacities, and their Effective parts besides just a tooltip.