Generated Sprites added to the actual game, Main menu, sound effects and music as well as save/load system and large optimizations under the hood.

Design Report has been compacted to fit the Design Sprite as well. As mentioned in the previous devlog, I will be keeping Design Report for the time being. 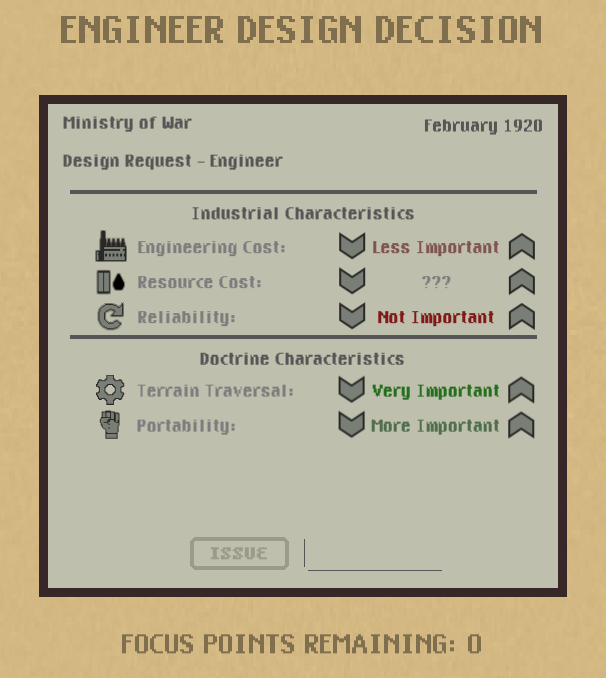 Design Requests now dont give the player 2 free focus points, meaning the player now must always make some concessions if he wants to get bonuses. This is not definitive but from my testing this makes the game much more balanced, it's definitely a key mechanic to balance the difficulty of the game. 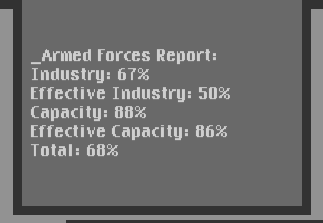 Sprite generation for Machine Gun, Mortar and Anti-tank Rifle have also been added. 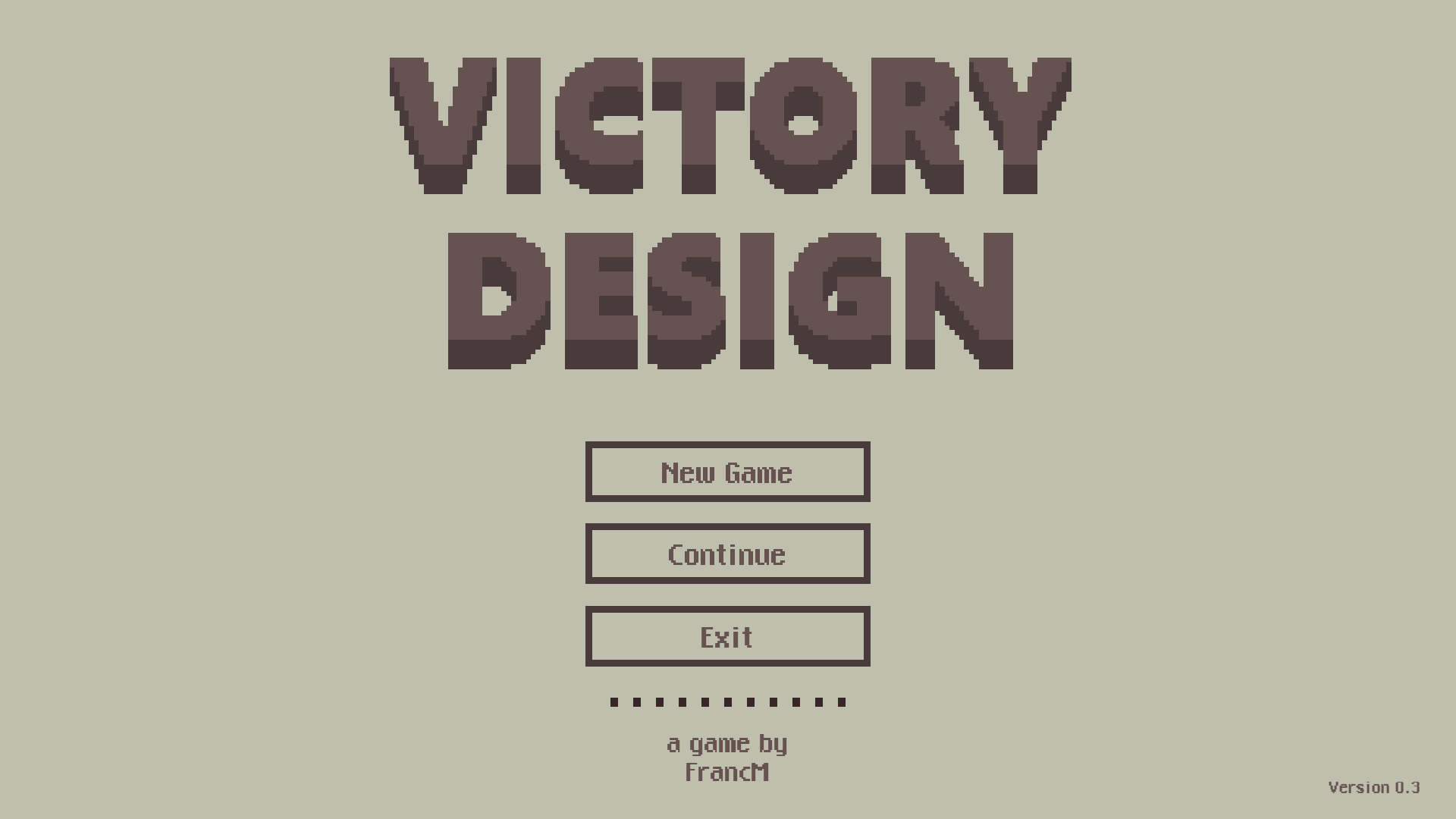 I added a fairly basic Main Menu as well as a SFX and Music system. This includes a Main Menu specific soundtrack and a few soundtracks for the game. All soundtracks and sound effects are either completely free to distribute or have an attribution license which will be included with the game.

Saving game progress and continuing is fully implemented. Currently the game supports a single save file at a time and the game is auto saved when the player exits back to the main menu. The game data is saved with a simple binary serialization and the design models are saved as png files.

The Initial Situation Generation and the Turn Passing have both been greatly optimized. Both were very fast to begin with but this should now ensure the game will run perfectly in just about any system. Most of the optimizations come from efficient pre calculations and removing some unnecessary operations that emerged with the sprite generation for designs.

Last devlog I planned to start setting up the actual war progress and balancing, however since the war is the last part of the game having to replay the whole game just to test a new setup would get tiring very fast. So I took a step back and instead worked on the Save and Load system, under the hood polishing and some visual improvements in the down time. With that in place, I am now ready to start working in balancing the war situation.

I also mentioned the possibility of allowing early redesigns every x turns as a way to reduce the difficulty, however the more I thought about it the more I think it moves away from the premise of the game that the player controls the decisions he makes and not when he can make them. I will still keep it on the table but I think the focus points on Request is a much better balancing tool than this.

I went ahead and made the game available at itch.io, given the recent polish I put into the game I decided it is time I made it available even if in early access. Note that the game is not complete, like it's stated in the itch.io page, you can play around with strategies and approaches to the initial situations the game throws at you however the game will not yet put them to the test. As a way to gauge your performance you can take a look at the capacities you achieved after 2 in-game years as this is around the time the war will begin.