A description of a logic for aiming and choosing a number of torpedoes used by a game AI for torpedo firing.

Most of AI coding since the last dev blog was about torpedo attacks of surface ships, and now I can tell about some of its interesting aspects. 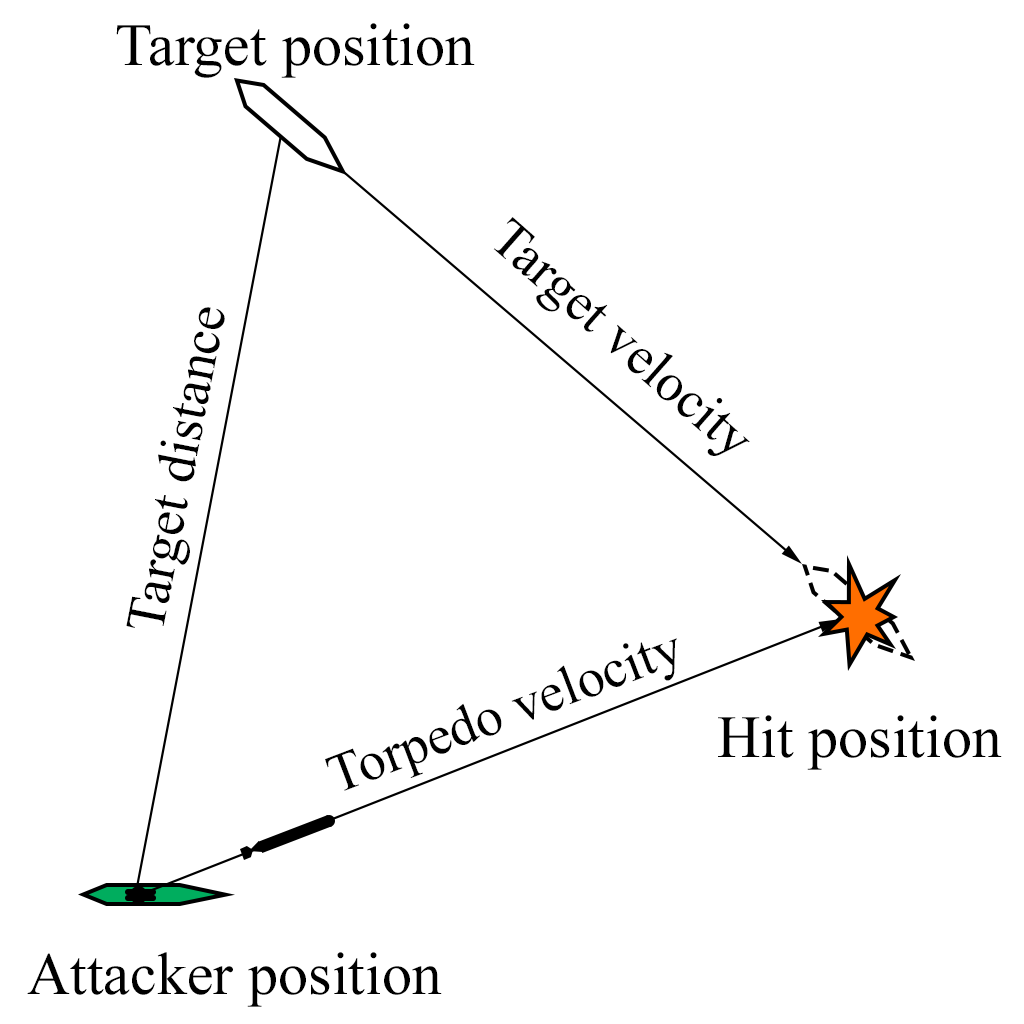 The described above can work in real life and in a real time game, but in a turn based game, the target ship does not move when the torpedo performs its turn. Thus, the torpedo can cross the move direction of the target in front of the target that is not moving, instead of hitting it. This situation is clearly visible in the animation below:

In some rare cases, when the torpedo can reach the target in one turn or the target is immobilized, this is not a problem, but in other cases, the game AI should correct a hit point to one of close ‘static’ positions of the target ship. The game AI also has to ensure that a number of turns required for the torpedo to reach this position corresponds to a number of turns required for the target to reach the same position. An example of hit position correction is shown in the scheme below: Difficulties of a real game environment

The above can only work in simple cases when the target does not change its speed and course. That is why the game AI takes the calculated hit point and calculates few azimuth sectors based on it: 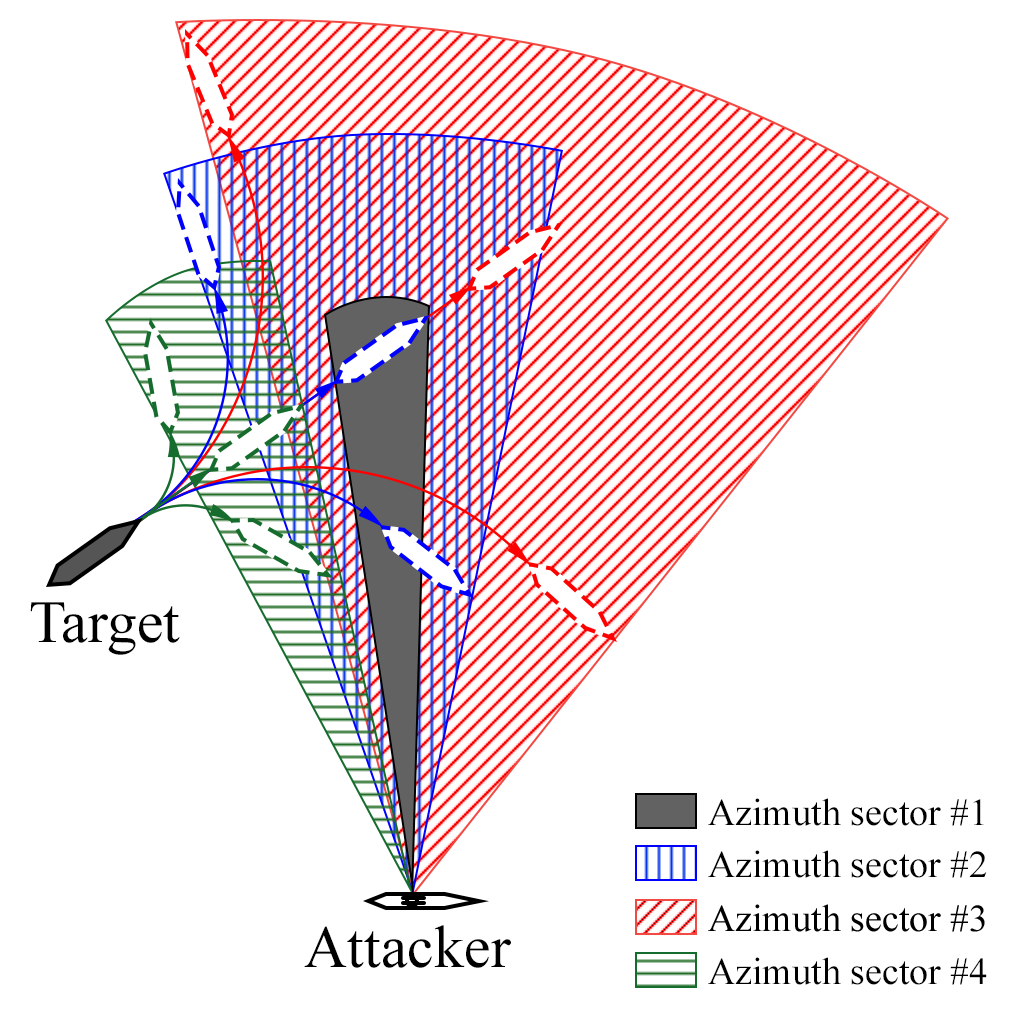 Settings launch azimuths to the torpedoes

The second and the third groups of the torpedoes are assigned to the last two azimuth sectors, which are intended to cover the target maneuvers with increased or decreased speed.

If the target ship can only decelerate (that is, she is already moving at maximum speed), then the torpedoes are divided into only two equal groups instead of three, and the ‘maximum acceleration’ azimuth sector is not used.

A torpedo can be reassigned to another sector if the game AI unable to found a torpedo turret that can be aimed at the original azimuth sector. A final azimuth for each torpedo is randomly selected within the designated azimuth sector.

The method described above is not ideal, but it seems to provide a decent probability of hitting maneuvering targets and gives some flexibility for additional tuning for a better result in future. Of course, attacking the target with just a few torpedoes is unlikely to be successful, as it was in real life. To increase a chance of success, the attack should be performed simultaneously by several ships, and each of them should launch several torpedoes.

I am genuinely impressed on how much work and attention to detail you put in to this. Can't wait to play it.