An overview of the creative process that we used to determine what our game would be about.

Posted by TwistedJenius on Mar 4th, 2013

We decided that a brain in a straitjacket should be the subject of our game. This decision was pretty simple because that character was already the mascot of our website. Twisted Jenius was the name that we had originally decided on for our game development studio, but before we were ready to create our first game, we had expanded that idea to include other types of entertainment, under the Twisted Jenius name. 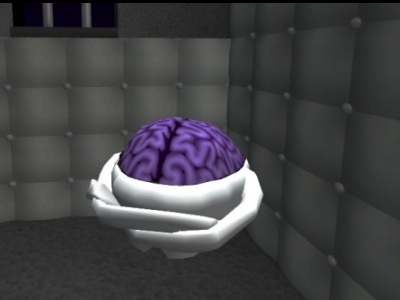 One of our early pics of a 3D model of Twisty in his cell.

The idea for the brain in the straitjacket came as a result of the name (Twisted Jenius), and the character would be called, appropriately enough, Twisty. He would be our entertainment studio's mascot; our sinister Mickey Mouse. So he was the natural choice to be featured in our first game. But Twisty's Asylum Escapades was not the first game that we had in mind. We were forced to shelf our original game idea because it was too ambitious for a first time project with only two people and a limited budget. We needed something else for a first game and that's when we decided on Twisty.

However, even after we decided on a main character for the game, we still had to figure out what the premise of the game would be; basically what the game would be about. Part of the TwistedJenius.com 2D animated intro involved Twisty escaping from his straitjacket and getting out of a padded cell. We eventually decided that the game should be an extension of this, and should involve Twisty's escape from the larger asylum. 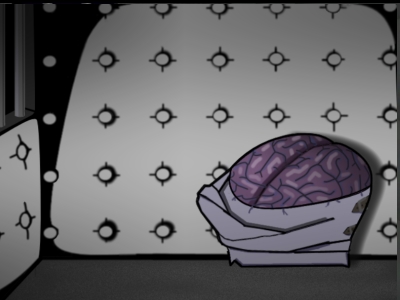 This was the creative process that led us to begin the development of a game about the adventure of a crazy brain in an even crazier place. From here, this blog will begin to delve into the details of the creation of this game. I hope you will continue to follow along as we journey into the madness that is indie development.