After 5 years and thousands of hours of toil in a dugout, we are finally releasing our Single Player BETA. Play against the computer in an FPS/RTS environment on 3 maps; the Moon, Venus, and Mars. Just try and defend your base! Check out the run through videos and get the free poster of assets and vehicles.

Bionite: Origins is a hover tank based game that blends FPS and RTS elements in a BattleZone-type style. Pilots can command units to construct a base, then defend it in first or third person. Use the satellite view to command your team to defend your base against attacking enemy. Group your tanks into formations and squads to take over the resources on each planet and destroy the enemy base.

Each tank is equipped with a Multi-Functional Display Unit ( or MFD ). The MFD contains all of the screens the pilot needs to command his/her team and monitor their resources. In Bionite, the pilot (commander) must manage two key resources; BioOre and Electricity. BioOre is the raw material from which all of the vehicles and buildings are fabricated (it must be mined or harvested from the planet). Electricity is needed for all of the buildings and gun towers to operate, therefore a power grid of stations must be built and maintained. If the enemy sneaks into your perimeter and destroys or damages enough power stations, the electricity goes off and buildings like the Factory and Sat Tower will not operate. Even your gun towers will stop working if the power goes down!

Here are the run through videos narrated by the lead dev explaining how to play the game. This game is complicated so we strongly recommend watching the how-to vids first:

Below are the screens (in addition to the Radar Screen) that appear in the MFD. Understanding how these screens work is critical to winning. We have a 30+ page Game Manual posted on our website explaining in detail what each screen does, how to issue orders to your team, and how to manage critical resources. 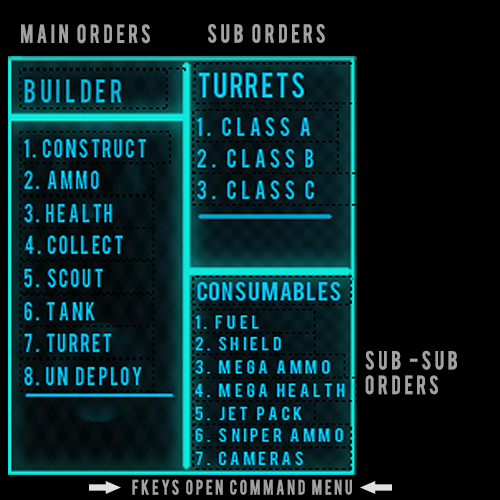 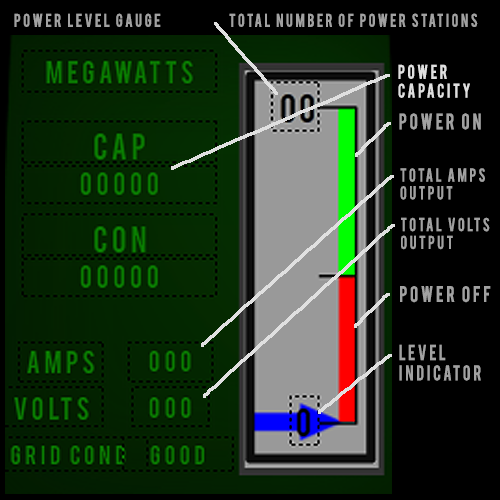 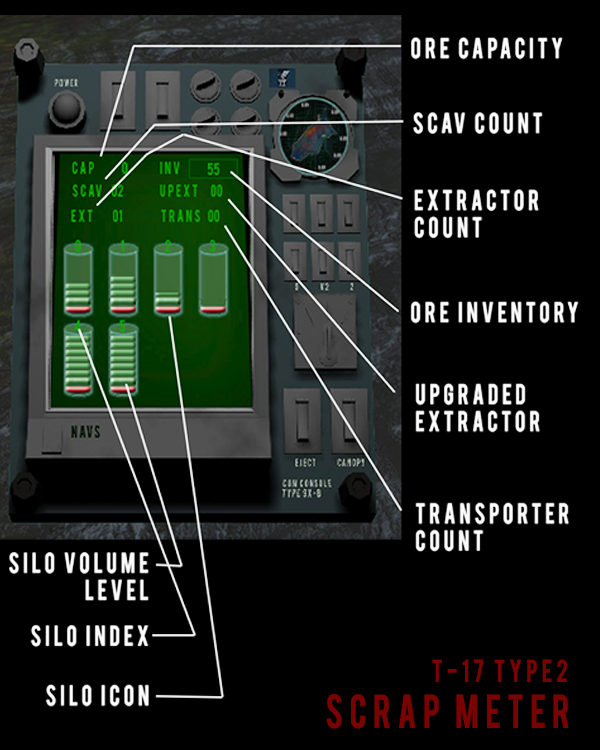 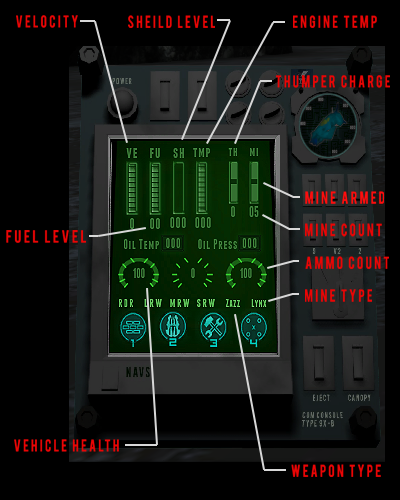 The Hull Damage Inidicator monitors the vehicle's hull in all of the critical locations. If the vehicle sustains damage, the HDI wil indicate where the damage is and how much damage was taken. This is useful for shield vectoring to protect damaged areas of the tank. If an area of the hull fails, then vital mechanics of the vehicle are exposed to the environment and further damage by projectile impacts. Once a vital component of the vehicle is destroyed, it no longer functions. Navigation, satellite link, communications, engine cooling, and shield generation are some of the critical functions that can fail. The HDI is the blue indicator located in the top right hand corner of the MFD. 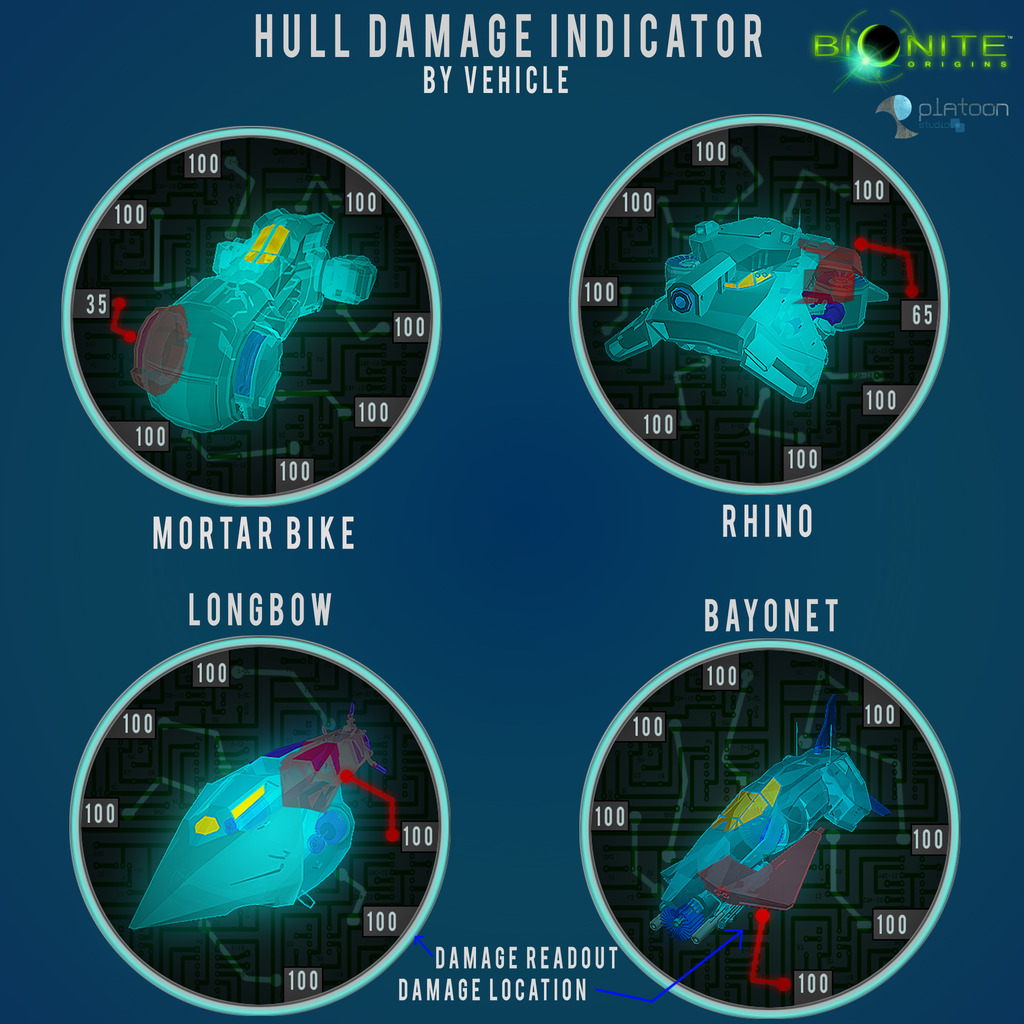 Free Poster of all the Vehicles and Assets 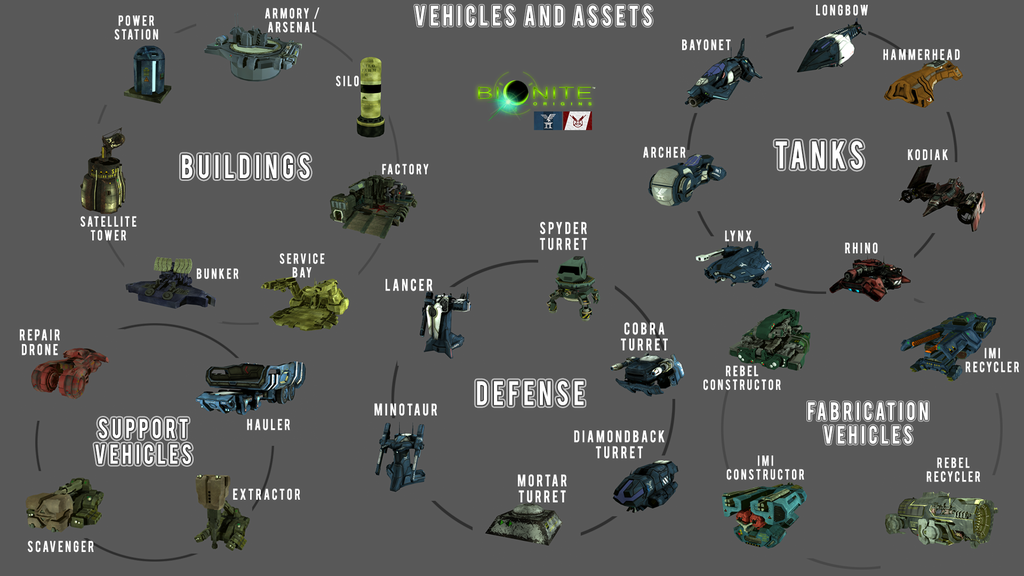 Here are some screens of the BETA release: 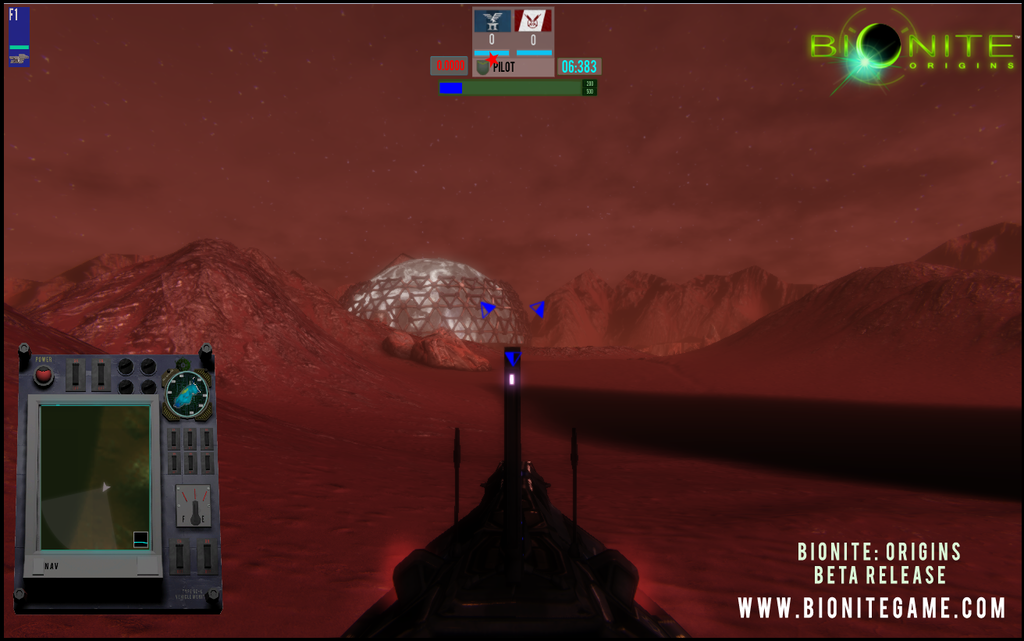 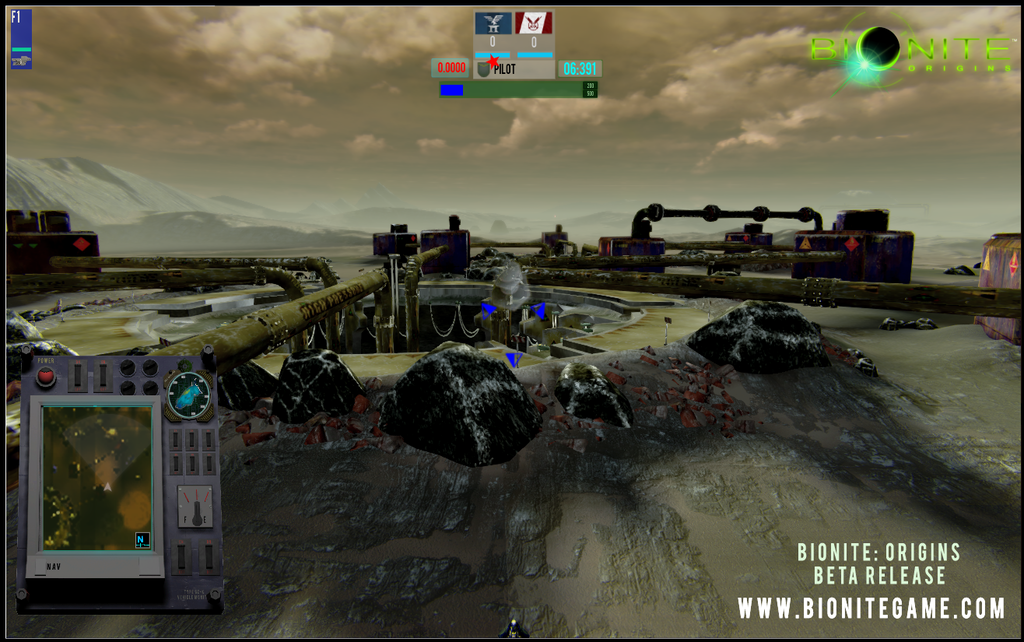 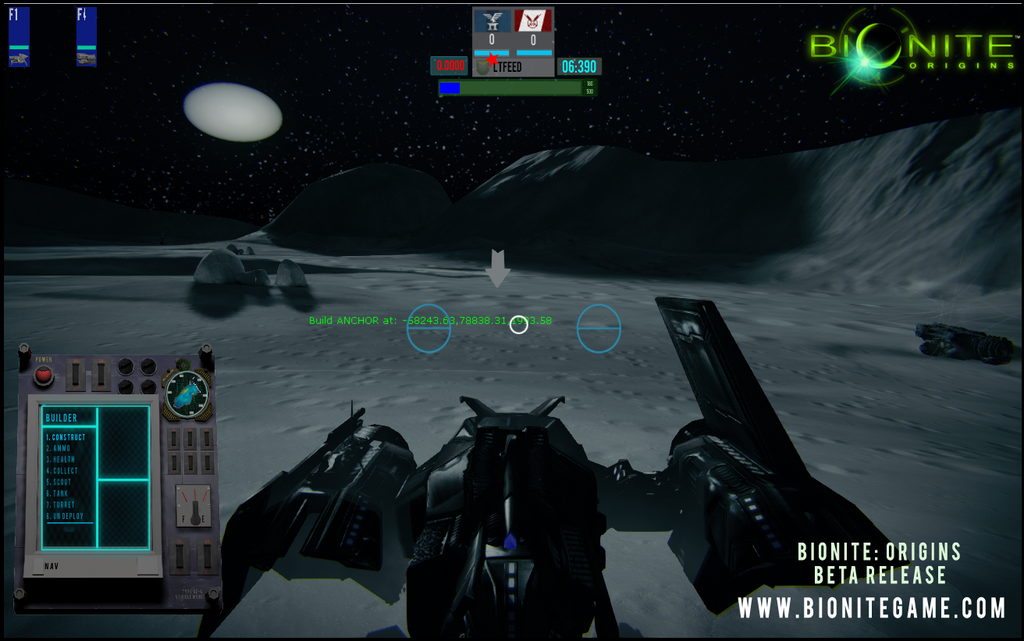 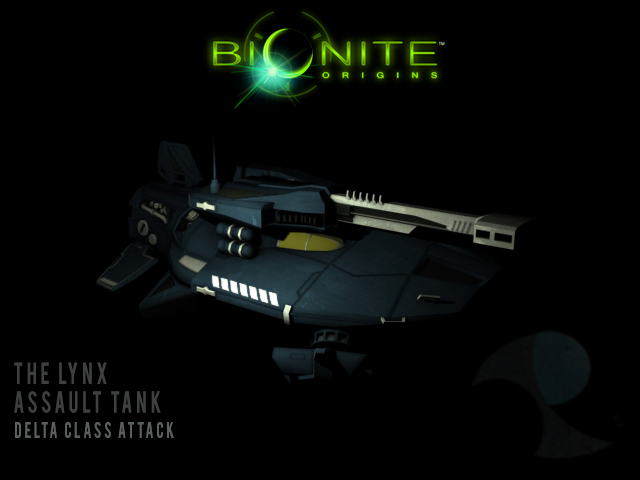 The Bayonet with the canopy up: 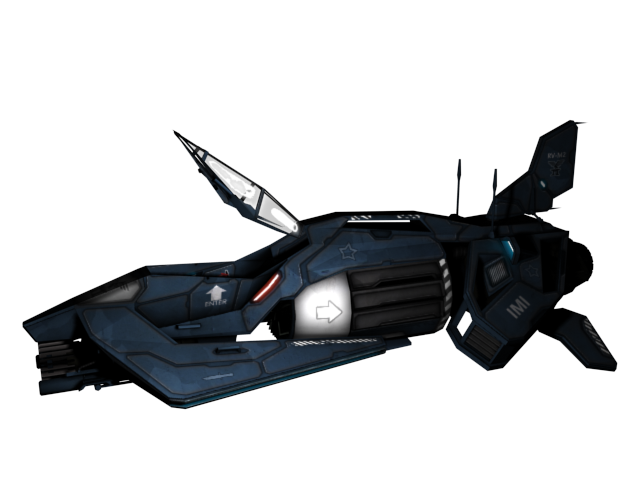