Hitler's Rise to Power. Hitler tries the "March on Rome" in his Hometown Munich. Will he get support from the Wehrmacht? 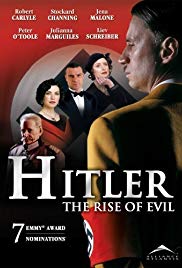 - Take over the NSDAP

- Found the SA and the SS

- Take over the Munich Beer Hall

- March to the Feldherrnhalle!

- Make Munich the Capital of Germany 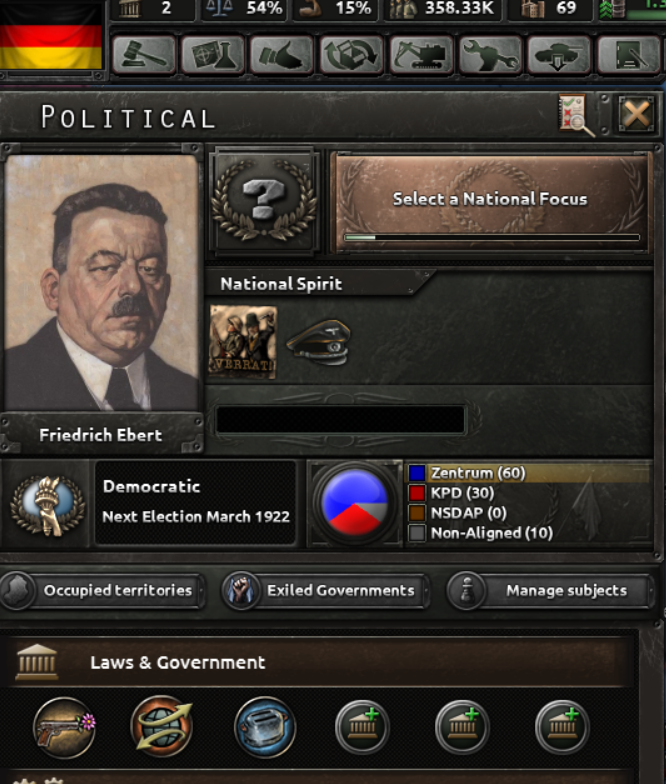 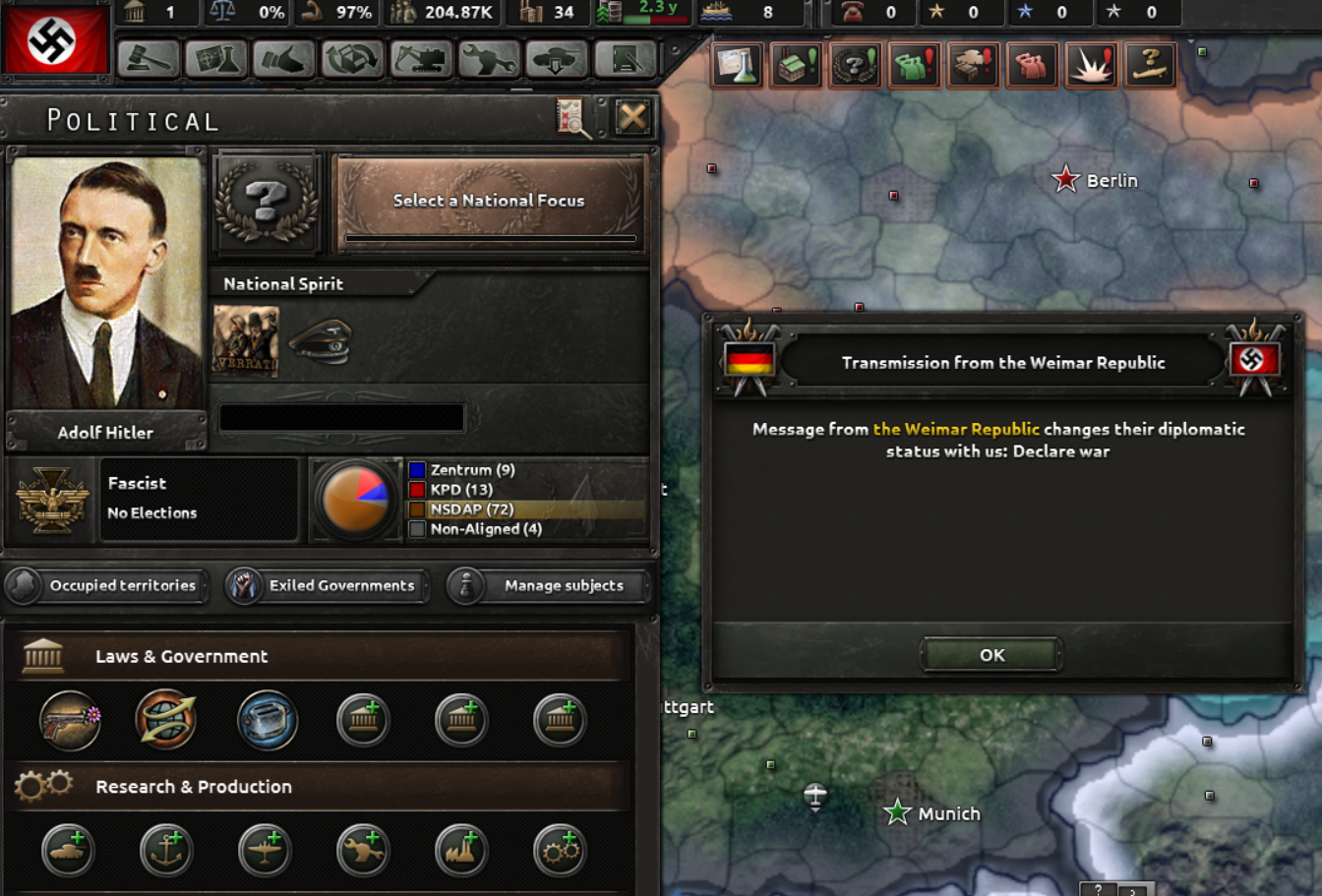 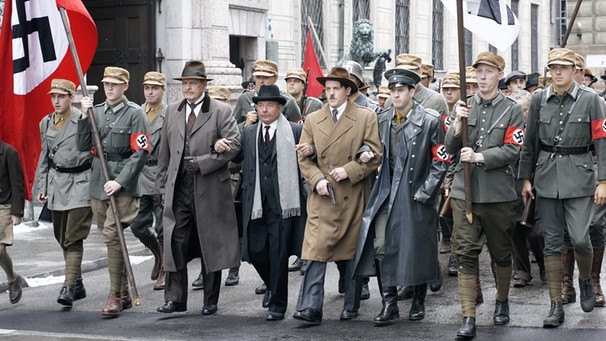