Since the last update, when we presented v0.4.8 in June 2019, we've been updating the game to v0.5.3. In this feature, we want to summarise what we've been working on since then.

Team games
Multiplayer now supports up to 4 players. Play 3vs1, 2v2, 1v1v1v1, or any other combination. 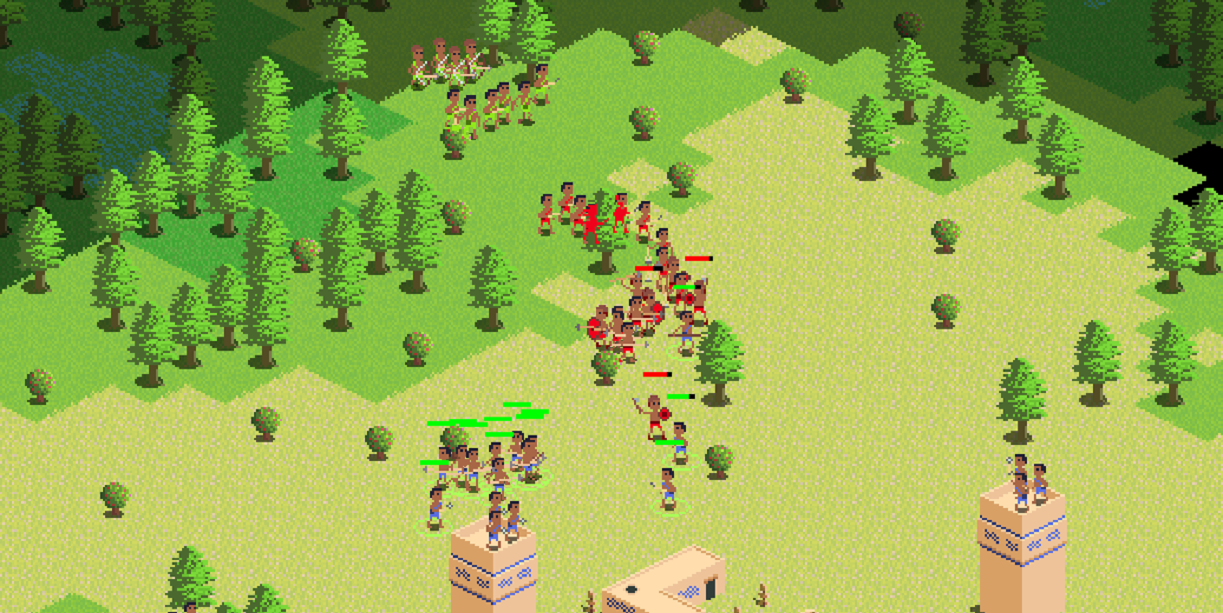 If you starve, are defeated, or disconnect, but there are still enough players and teams left for the game to continue, your units will turn into Revolters.

Updated UI
All menus, panels, fields, text, buttons etc. in the game have a new look.

Showing equipment upgrades on units
Now you can easily see if your enemies have upgraded equipment by visually looking at units.

Replaced Weavery technology with Militia
Villagers still get +10 hit points, but additionally they will be equipped by bow and arrow, giving them 33% increased attack range as well.