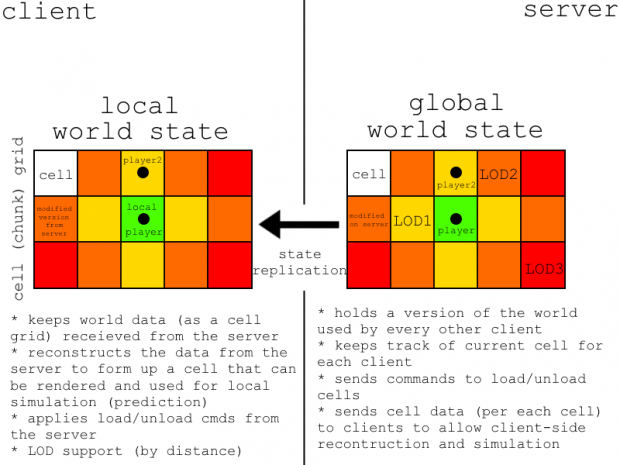 This image demonstrates how the level streaming system will be implemented in the engine. The cell data will be loaded on the server-side and sent over to the clients to allow an authoritative (same for all) game world state even with mods that alter the original game map

The cell grid is the simplest way of space partitioning (and, definitely, not the best one) and it's also very similar to an octree, though, what octree does is that it additionally subdivides each cell into subcells in order to reduce the amount of work per frame caused by situations where one cell contains a lot of polygons and AI calcs while another cell almost empty (but we still need to update it)

P.S.: Diagonal cells should probably also be using the same LOD as nearby cells