The Shmup Creator is a tool that will help you create your own shoot'em up and easily build your levels without coding at all!

No script, no code: use your mouse and the menu to create complex games.
We are trying hard to make an easy, but powerful tool that anybody can use.

The SHMUP Creator will be released in a few weeks!
You can wishlist: Store.steampowered.com

In the meantime, we can show you some levels examples made with the tool:

Blades Of Death is the SHMUP Creator 3D example level. It was the first real level made with the SHMUP Creator (it was playable at the STUNFEST game festival a few years ago) and was really a cornerstone of the SC development: working on a real game level helped us debug and polish a lot of things, and making the level was fast and fun.
Actually, it was quite a relief: it's one thing to work on a tool, try to imagine what features are needed, how to implement them the best we can, to work on usability and design, but it's another thing to really use it, like a future user, and really create something with it.
And it worked.

At last, we completed the 2D example game!
It took a long time, mainly because fixing bugs was our priority. Also, we completed the level structure and all the graphic assets a long time ago, but I was stuck on the level design... I had no idea how to make an exciting level: it's hard to focus on everything, coding, marketing, graphics, and still have room for inspiration...

We asked Alec, our main tester (and creator of his own full shoot 'em up Nanoforce (link: Youtube.com), made with the SHMUP Creator!) to help us, and he did and delivered :)
He added an intro, a lot of cinematic animations (moving asteroids, explosions, moving walls...), secret items, mid-level boss...
All this in a few hours. Alec is a power user, but it just means the SHMUP Creator is efficient and fast :)

We didn't make a complete bullet hell example level, but we made small test scenes to see if it was possible to make a DoDonPachi game with the SHMUP Creator. Spoiler: it's possible :)
Although it's a lot of work: it's easy to create bullet patterns and enemies paths in the editor, but the timing in this kind of game is everything. Fortunately, in the editor, you can place an enemy, press play to try the game, stop, move it a little bit on the left, press play and try it again... It's really fast and easy to iterate. 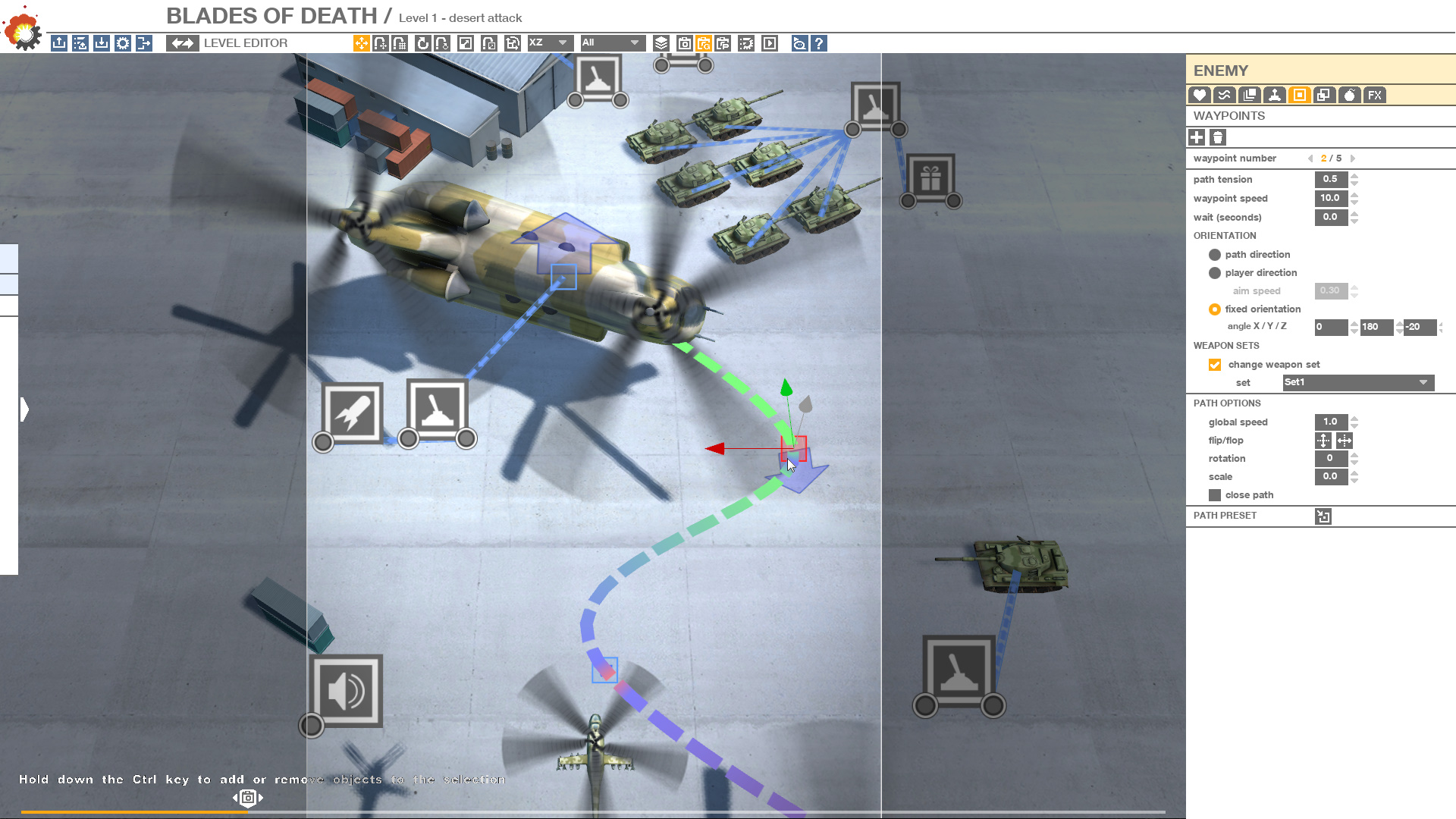 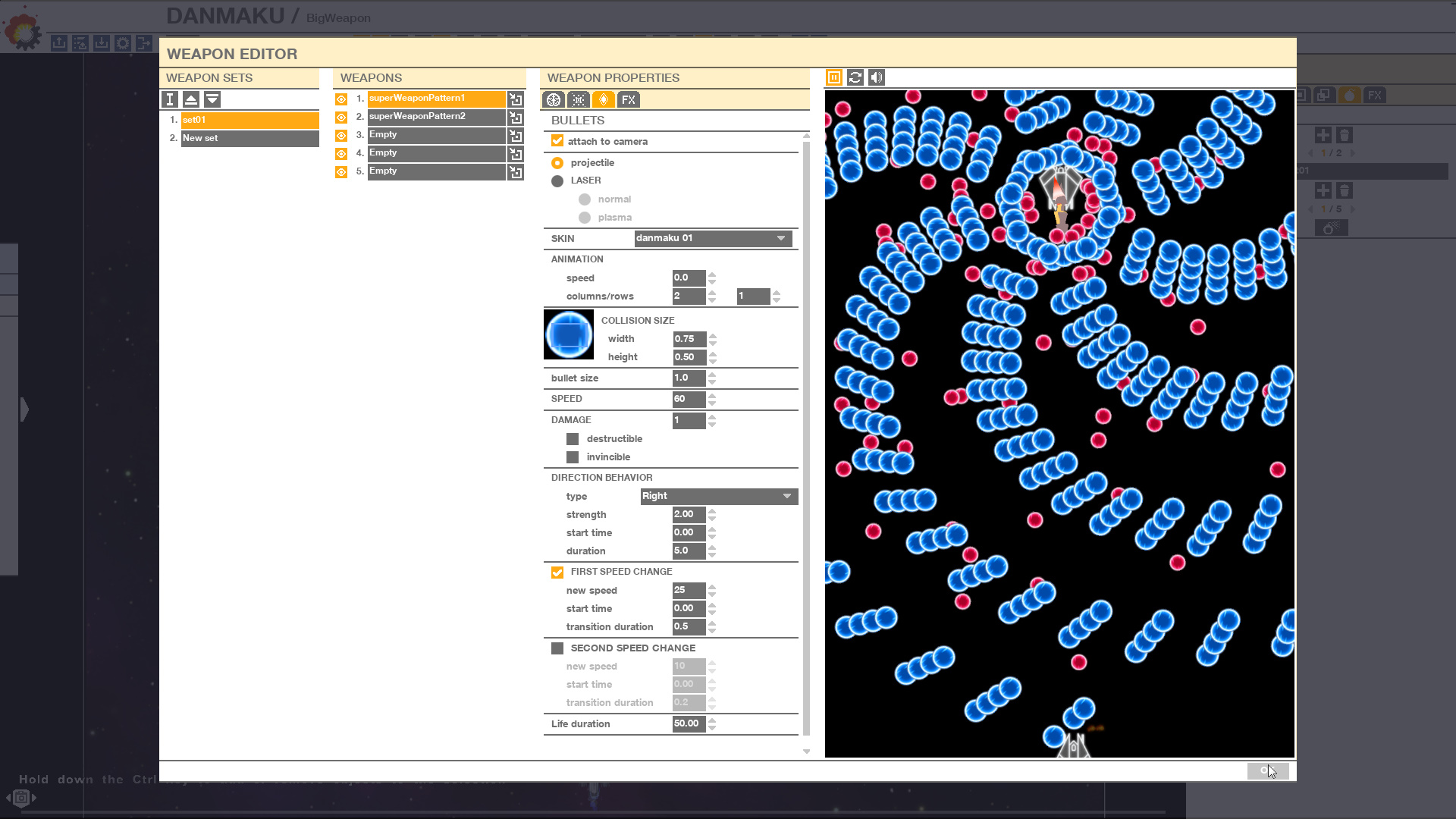 At last! After years of work, the trailer for our project is complete! And we opened the Steam store at the same time. It's an emotional moment :)

Still working on the beta, we are creating some tote bags in the meantime.

SHMUP Creator: We started the beta!

After years of part-time work, we at last started the closed beta of the SHMUP Creator. This is emotional and we hope to release the tool this year.

A new update about the dev of the SHMUP Creator. I spent a lot of time optimizing the bullets engine, and the result is 10.000 bullets at 60 fps on my...

so what happened to this?

Good to hear you're back on track. Things happen, understandably (Congratulations on the new job); just happy that this project isn't abandoned. Keep up the good work, and can't wait for the next update. I'm excited to make me some shmups. #hype

Mod SDK & Community
Built a game for SHMUP Creator and want to support mods? Try mod.io, a cross-platform mod SDK created by Indie DB which makes it easy to get a mod community up and running in-game. Currently seeking games to integrate and promote