These past couple of weeks I have continued to focus on some usability improvements for the Voxel Editor and fixing various bugs across the application. I've also started to work on Mac OS support which should hopefully be coming in the near future (assuming I do not run into any obstacles).

One notable feature that I recently implemented to help improve the usability of the Voxel Editor is an Undo/Redo system. While working in the Voxel Editor, you can now press the Ctrl+Z and Ctrl+Y keyboard shortcuts to undo and redo most actions involving modifications to voxels and frames. In addition to the keyboard shortcuts, there are also corresponding toolbar buttons available. Up to 50 undo levels are supported.

Another new feature that I added to the Voxel Editor is the ability to capture a preview of your model that will be displayed as a thumbnail in the resource selection panel (in place of the normal preview that rotates when clicked). To do so, simply rotate/move the camera to the position that gives the best representation of the model, then click the "Capture Preview" button in the bottom left corner of the view.

Below are some examples of objects and characters for which I have created model previews. As you can see, I chose angles that give a better view of the model as opposed to the standard front view. When a preview has been generated for a model, the 3D rotating preview is no longer available when clicking on the model, however this saves startup time as the application does not initially load the resource into memory. This is definitely recommended if your project contains a large number of resources, as having static preview images for everything will significantly decrease the time it takes to load the resources. 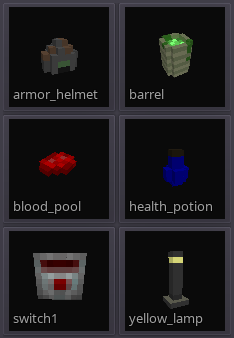 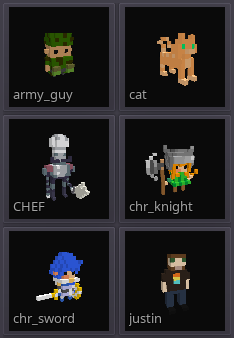 If you decide to revert to the 3D preview, you can delete the PNG file that is located in the same folder as the resource on the filesystem. For example, for the "armor_helmet" model, there would be a file named "armor_helmet.png" in the "objects" folder underneath your game project folder.

One other change that I made related to the Voxel Editor was to increase the limit of colors that can be added to a palette in the Color Picker dialog. You can now store up to 36 colors per palette (three rows of 12) instead of only 10. 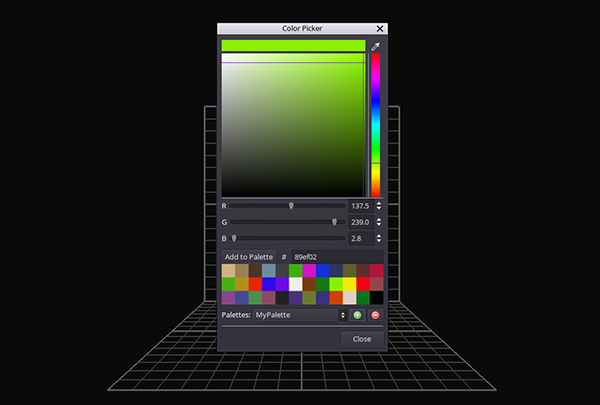 As I was interested in trying out an idea I had for my Seeker 17 game (which unfortunately I haven't had much time to devote to), I added a new scripting function, "Play Group Animation", to trigger an animation for a group of entities. The parameters for the function are the group name (as defined in the Map Editor when grouping the objects), and the animation name (as defined in the Voxel Editor). 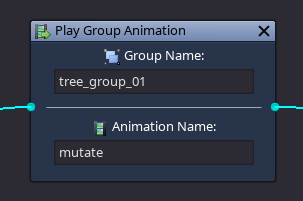 The GIF below demonstrates the "Play Group Animation" in action. I have grouped the trees into four different groups and attached scripts to some of the tiles so the trees will begin to mutate as the player walks toward them. This should open up some interesting possibilities!

And last but not least, RPG in a Box now supports exporting your game to the Mac OS platform! I still need to get a Mac build of the software itself ready for release, but this is a good step in that direction. I unfortunately need to use a VM running on VirtualBox for testing since I don't have access to a Mac, but I'm at least able to test the general functionality and ensure that things appear to be working correctly. But anyway, I am hoping to have a Mac OS version available in the near future! 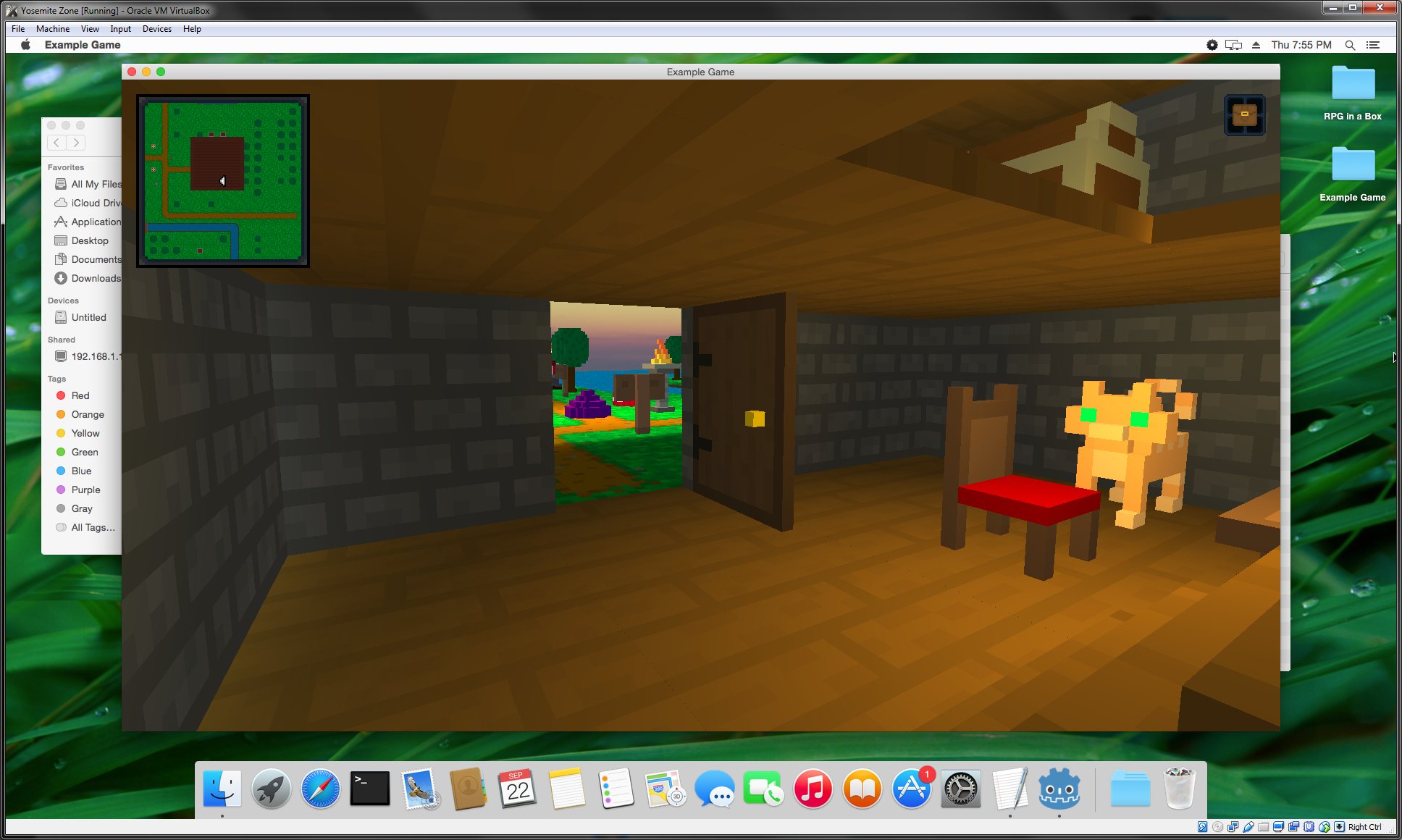 Thanks for reading! :) For anyone interested, below is a comprehensive list of changes I have made since v0.3.4-alpha.

Though not really my cup of tea. I must commend your work. Love to see more progress. Keep it up!

Thanks so much, I appreciate it!

Wow, that was a fast turn around on mac support, and I could totally be a tester if you needed one.