The game engine you are trying to view has ceased development and consequently been archived. If you are a member of this engines team, can demonstrate that it is being actively developed and will be able to keep this profile up to date with the latest news, images, videos and downloads, please contact us with all details and we will consider its re-activation.

This game engine supports PC, Linux, Mac, Mobile, Web, Handhelds and Dreamcast. It is a 2D/2.5D toolkit that allows the user to create their own games with ease and test them with the push of a button!

What Is Game Of Engines?
Game of Engines is an application that allows you to make amazing 2D games with little to no programming knowledge or art skills. We aim to create a piece of software that will one day allow us to one day resume development on our once dead game and finally be able to release it to the public. As a matter of fact, one of the many reasons we decided to create our own tools was so we didn't have to deal with the closed source nature of engines such as: Game Maker, Unity, Hero Engine, RPG Maker, Ect. We could make our game the way we wanted without any setbacks.

What's New In 1.3?
Damn. Where to begin - Here are just a few of the changes we have made: 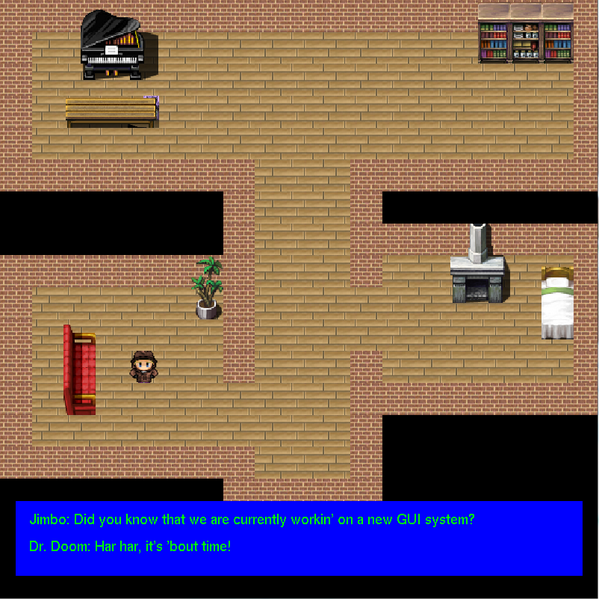 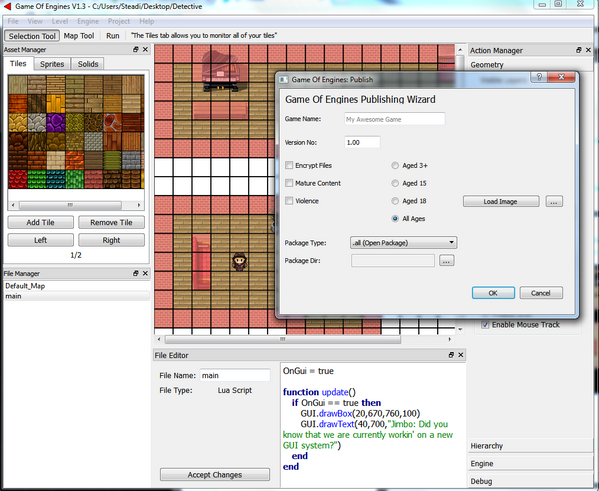 When Do You Plan To Begin Work On The Next Version?
As soon as I finish this bottle of Mountain Dew!

Check out the latest news including our super new discount on the Toolkit as well as all the side-projects we have scrapped over the past 2 months!

So I'm just logging in as usually when I see something truly out of the ordinary.

We are powering through our last couple of weeks and have some wicked updates...

I'm back and have some great news and some good updates. :)

Hello, I am interested in the Game Engine I read that you can purchase it to use the Alpha I had a few questions can it be used to create games on the PC and is support still going to be there for Dreamcast because if I create something on PC how bad is it to port over? Also I am located in the US

Hello. It can indeed be used to create games for the PC and that game is free for you to distribute in any way you wish without waterlogos or any other threat. My dreamcast is currently broke but we plan to resume development on that by next week. If you have any other questions please feel free to PM me :)

I really hope I can alpha test this it looks awesome so far (:

How do I buy this tool?
Looking for a good time a tool of games for Ubuntu: 3

Hello, Information on release will come very soon. I am packaging up all the software for it to be distributed :)

Thanks for helping reach 40 watchers, info on release will come soon :)

Nice to see Development is still going quite well.

Following, will try to get some modders witth me for this.

This looks very promising. I am very much looking forward to the dreamcast port. This is what I am interested in most.

I am very interested in this engine, pretty stoked actually, goes public in March well that is great, not much more time to wait.

Mod SDK & Community
Built a game for Game Of Engines and want to support mods? Try mod.io, a cross-platform mod SDK created by Indie DB which makes it easy to get a mod community up and running in-game. Currently seeking games to integrate and promote

Tags
Embed Buttons
Link to Game Of Engines by selecting a button and using the embed code provided more...