We are working on a custom scene editor for our next game, Cr Editor.
We aim to provide an easy to use editor for our game and other Ogre3d Engine games. We plan to release the editor source code to the community after it will reach alpha stage.
If you are interested on a more powerful and complex editor for Ogre check this out: Ogitor (it's open source!) Cr Editor is currently in Alpha version. 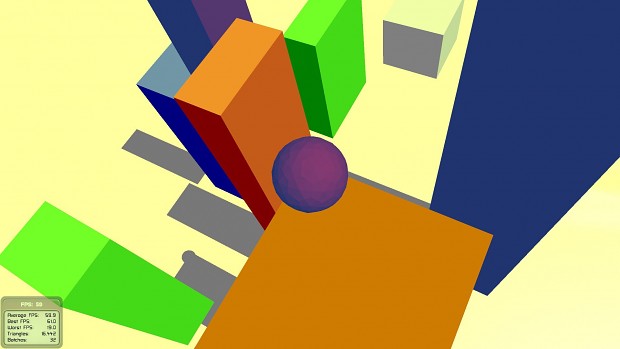 Airganon (Working Title) is a modern 3d platformer featuring a vertical and open level design.
The game is inspired by a wide range of titles: from Mirror’s Edge to Super Mario, from Crackdown to InMomentum etc…

Airganon is being developed for Pc (with Linux and Mac releases in mind) with Ogre3d engine and Cr Editor, our level editor.
At the moment a prototype is in the works but it’s too early to talk about specific features and release date.

Another project, a mobile game, has the priority in the Pinaster Games production pipeline, however Airganon development will proceed but at a lowe rate.

Test levels directly in your project! Now Cr Editor exports using an Xml compatible format and let you launch your application from the editor.

Cr Editor Beta 1.1 is just around the corner

Cr Editor Beta 1.0.0 has been released. Test it and give us some feedbacks!

Cr Editor beta will be released this weekend

Cr Editor Beta is going to be out this week end and we would need (and appreciate) some beta testing.

I'm curious, what library did you use for making the GUI controls?

Qt. But the "ugly buttons" are just placeholder images

Looks interesting. I suggest you inspire on Unity3d or 3dsmax interface and shortcuts so users fammiliar with those will be able to quickly interpolate to your editor.
Problem with lots of custom editors is quiet simple - atrocious non-userfriendly interface. Best examples of such clustered atrociousness - fragmotion, milkshape, 3d coat.
Main problem with such editors - lack of 4frame window where you can have top, left, front (otnographic)and perspective views on single screen showing progress over scene from 4 different POVs.
Here is the link on free 3dsmax non-commercial version
Students.autodesk.com

Thanks, we like unity3d and we take it as inspiration, The UI is just a placeholder atm, as you can see it's changing fast.
4frame windows are not planned atm, but after the release, if the community wants to add this feature they will be able to do it as the editor will be open source.
We like working on the editor but developing games is the main focus.

I am very interested in this editor, because Ogitor looked confusing and hard-to-use. I prefer an editor to be somewhat simple and as easy-to-use as possible.

This needs comments y'all

Mod SDK & Community
Built a game for Cr Editor and want to support mods? Try mod.io, a cross-platform mod SDK created by Indie DB which makes it easy to get a mod community up and running in-game. Currently seeking games to integrate and promote