BUILD engine is the game engine behind Duke Nukem 3D, Shadow Warrior, Blood, and many other titles of the 90s. It was one of the most popular engines to be licensed third-party until the Unreal Engine.

Progress of recreating the first two maps is underway, the Solista Space Station and the Cargo Depot on the Planet Terra.

A bunch of new voxels, animated computers and tvs mostly have been added in. Special effects are next on my list.

Demonstrated below is the new lighting effect. The sprites have been redone from the original and cut in half. Its much cleaner now and I removed the shades that created oddness when transparency is applied. The light glow also switches off when light switches are used or when lights are shot out. Only the dropdown lights are affected.

The space station is getting a complete rehaul and a more spacious design. It'll be a three level structure with its right half devoted to hangers and cargo. The left half will consist of crew facilities and the control room. The vent system will also connect every room and service ducts are included. I'm attempting to make the levels in a way that you can play a reverse at one point in the game, or even feature an unlockable alternate play where you play an infiltrator instead of the defense team. In such situations you'd be more likely to take service ducts and vents to sneak in to the place. 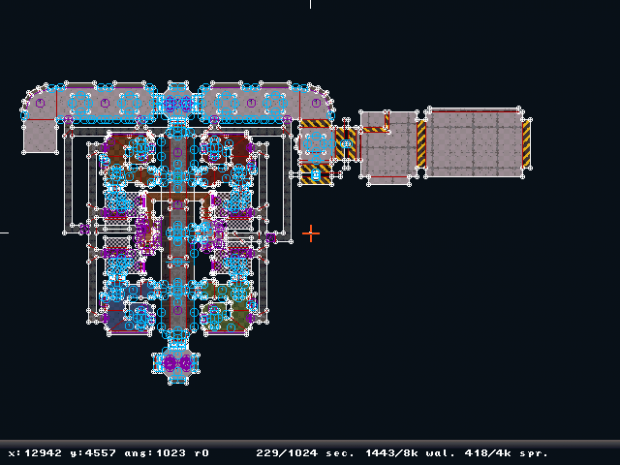 The first Terra level you begin in after taking a shuttle from the station is also being redone. Some things may still lie in the same direction, but levels will be larger and more split up. The cities will become their own maps to maximize the amount of detail I can add, as I began hitting limits in the old maps. The depot will still be connected with the mines, but reaching the city and highway will be on a second map. Some things from the original maps will be dropped completely. The highway map of the demo will be similar in concept though, featuring a broken causeway and hyrdo dam. 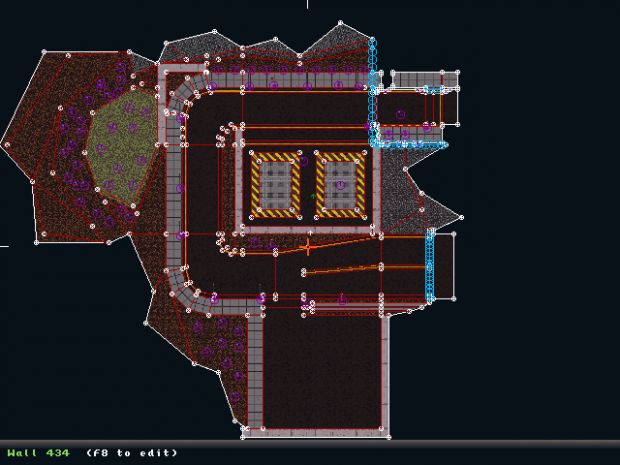 There are also a few effects I need to wrap up. water spray, ambient sparks, and the gore effects.

After thats done the work will balance between more NPC and enemy art and mapping. Lots and lots of mapping. The scripting itself will take a back seat while I generate more content.

Follow
Mod SDK & Community
Built a game for Build and want to support mods? Try mod.io, a cross-platform mod SDK created by Indie DB which makes it easy to get a mod community up and running in-game. Currently seeking games to integrate and promote