As we said at the end of the last patch notes, we’ve taken a step back from terrain sculpting to focus on optimisation and general improvements to the Engine’s infrastructure.

As we said at the end of the last patch notes, we’ve taken a step back from terrain sculpting to focus on optimisation and general improvements to the Engine’s infrastructure. And so the v0.1.2 update is coming in 3 parts, a, b and c. Each one fundamentally stabilising and improving existing systems so that Bright Engine remains at the highest quality possible as we move forward into the future. This update was our complete overhaul to the particle system, introducing more advance capabilities as well as fixing a lot of the issues in older versions.

The particle got a much needed UI redesign along with a whole new suite of functions and capabilities that really push the limit on what sort of effects you can create! Animated textures now blend smoothly, particles can spin on their own axis and lets not forget the brand new Timeline Editor!

You can now create complicated Particle systems with full control over how the particles behave over their lifetime, while also having the option to still use the basic tools if you just want to quickly create an effect without needing to set up another bunch of settings!

The primary purpose of this update was the new particle system however that did lead to some reworks on the World Editor side of things. In v0.1.1 particles were loaded by project with the idea being that once they are all loaded in, it will drastically reduce loading times for individual zones for larger projects. However as it turns out, it lead to some interesting problems with memory assignment, which resulted in a less efficient underlying system. So we changed it, and now particles are loaded up whenever a zone is so that only the relevant data is stored in the temporary memory, reducing ram consumption by about 2% (relative). 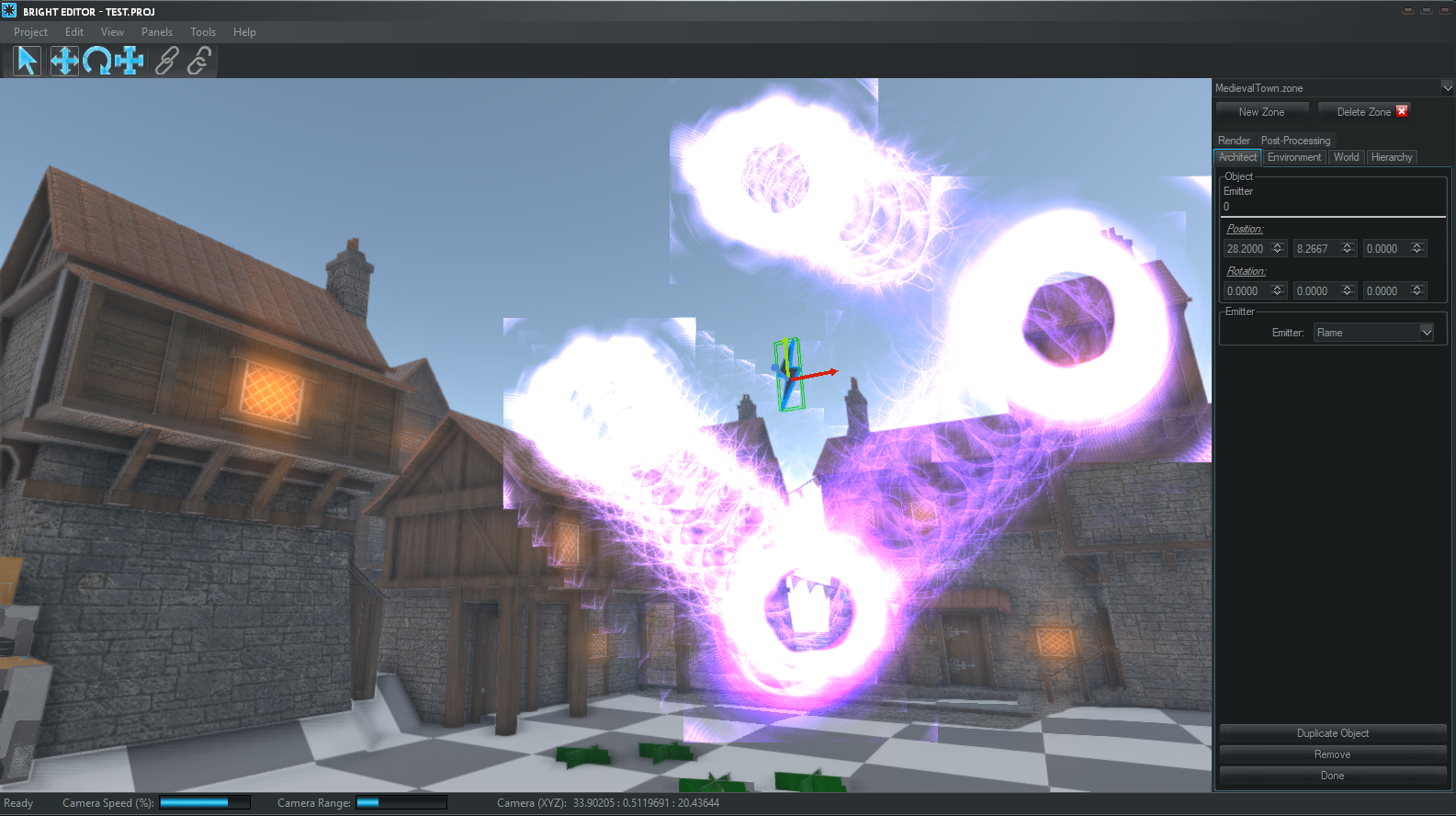 With particles out of the way, we’ll be turning our attention to the 3D rendering systems, specifically Models and how they are drawn on screen. We plan on bringing in an automatic instanced Rendering technique along with Model LOD support. We’ll also be doing a general sweep through some of the older systems of the engine’s core, such as zone loading to, bring down the loading times as well as increase the performance.