Version 0.6 has been released during August 2011. This version introduces the boss of the forest: a big rabbit in a very bad mood. Also, this version has a new save state system allowing the player to quit the game and come back to the last played level. Finally, the level selection menu will show you the various secrets to unlock in each level. 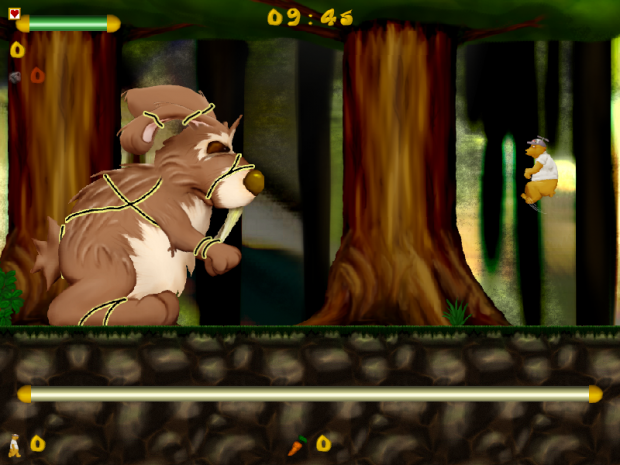