Checksum YNIH after 2nd startup. Added new cheat events that can be entered via the console. Spain and Portugal can't form their South American puppets on human controlled nations anymore unless the human controlled nation is already a puppet. Removed truces from Scramble for Africa cbs. Rest of update is mostly bug fixes.

#Version 0.61 - 6/9/2021
## Bug fixes:
* Fixed Guangzhouwan and Tientsin not appearing in acquire chinese concession cb.
* Fixed broken encourage craftsmen national focus bug for certain minor nations.
* Fixed starting wallonian literacy in 1836 multiplayer bookmark.
* Fixed a bugged condition in the form Rio Plata decision.
* Fixed bugged condition in the Annex Cape Colony decision.
* Fixed potential exploit in the ask for grant decision that allowed the lender to hold multiple instances of the grant event and then pay more than they have in their treasury.

## Interface changes:
* Both naval mapmode and build naval base now use the "e" shortcut.
* Listed the buffs next to each national idea in the choosing national idea event.

## General gameplay changes:
* Removed truces from Scramble for Africa cbs.
* Taking chinese treaty ports will increase population of provinces below 30k to 20-30k.
* Halved bonus to attract immigrants province selector decision to new world nations.
* Reduced ask military access diplomatic cost from 5 to 2.
* All of uncolonized North Angola reduced to 15 liferating, added a decision to colonize North Angola after mission to civilize is invented.
* Added 0.04 assimilation chance to assimilation national idea.
* Created cheat events 1 - 5. In order to use them, open the console and type "event x" replacing the x with the corresponding number. Event 1 increases literacy by 10%, 2 decreases MIL and CON by 5, 3 increases MIL and CON by 5, 4 assimilates all POPs, and 5 reduces infamy by 25.
* Removed regular clothes and luxury clothes from infantry and guards upkeep respectively.

## Country balance changes:
###### Egypt:
* Changed oriental crisis surrender events to a decision which can be enacted at any time during the oriental crisis. AI is scripted to not enact this decision until 33% of it's national provinces are occupied.

###### Arabia:
* Forming Arabia will no longer give cores on sub saharan african nations.

###### Mexico:
* Removed CSA must exist condition from the Mexican Empire decision, it can now be done anytime after 1861.

###### Spain:
* Does not need to own Falkland Islands to create Viceroyalty of Rio Plata anymore.
* Cannot create a Viceroyalty via sphereing anymore unless the sphered nations are AI controlled. It is still possible to force human South American nations to become Viceroyalties if they are your puppet or you own all their core territory. 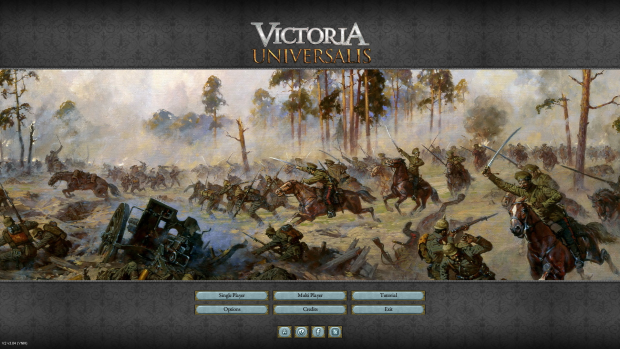 Thanks for the nice update ! Keep up the great work!